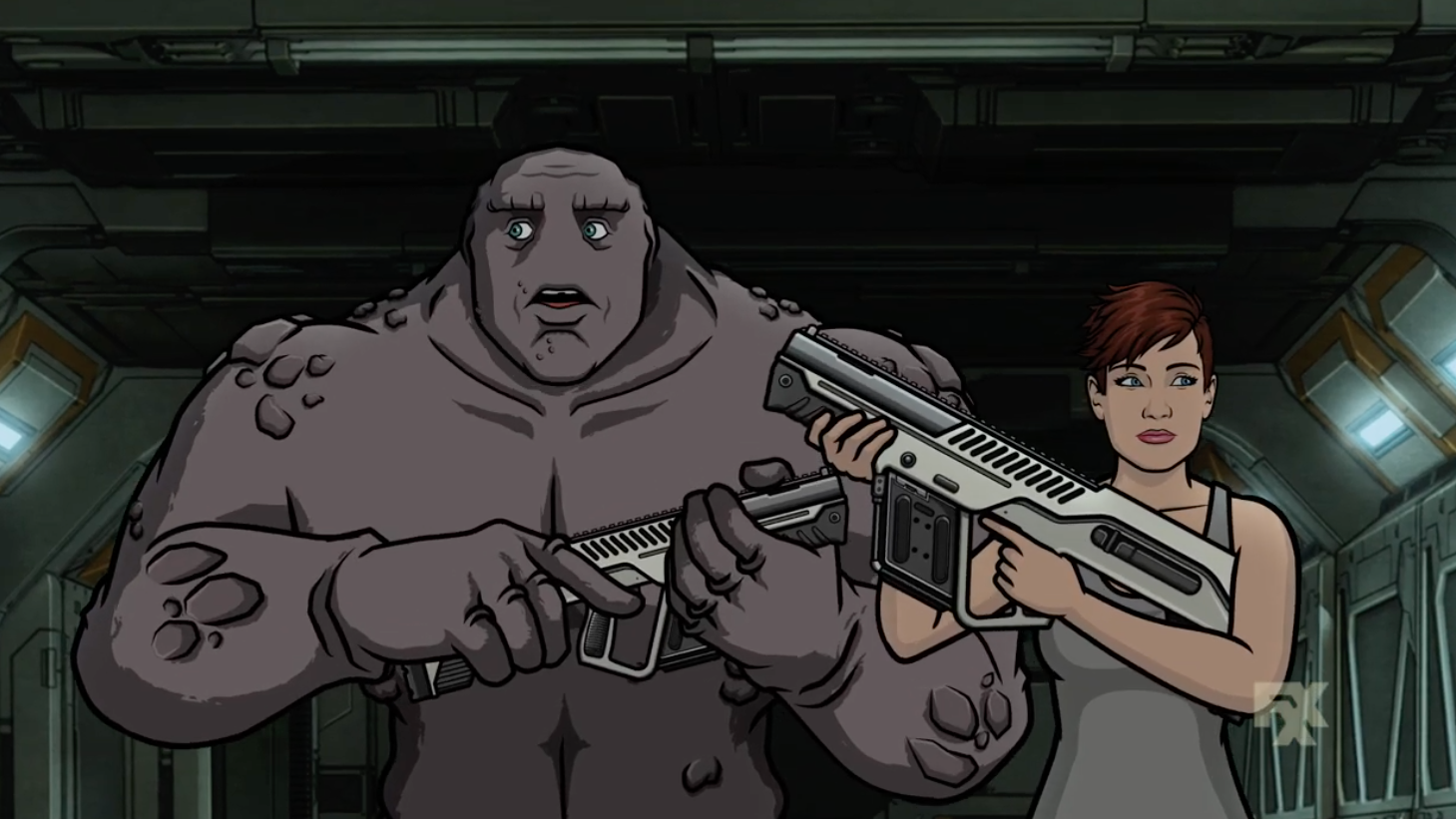 Pam (yep, that’s Pam) and Cheryl giving off <em>Aliens</em> vibes. (Image: FXX)
To sign up for our daily newsletter covering the latest news, features and reviews, head HERE. For a running feed of all our stories, follow us on Twitter HERE. Or you can bookmark the Kotaku Australia homepage to visit whenever you need a news fix.

Of course, all the cast and crew are going to be enthusiastic about their own show, but it’s pretty undeniable how kick-arse this season (said to be the animated cult favourite’s final) is looking: Space battles! Aliens! Robots! Malory as a (drunk) sentient AI! Gladiator fights!

“This is more like a merchant marine ship of a ragtag crew,” executive producer Casey Willis explains in the clip. “You’ll see a lot of influence from Aliens and 2001, shows like Space: 1999.”

Later, he adds, “Sci-fi is a huge genre. We kind of narrowed it down to like a late ‘70s, early ‘80s sci-fi vibe.” As you can see, it looks like they nailed it perfectly:

Yep, we’re ready to blast off into the danger zone with these characters again, and the time is rapidly approaching: Archer: 1999 premieres May 29 on FXX.