Battlefield 5 changed the series’ pace with a move towards faster gameplay full of action-hero vaulting and devastating rocket strikes. There was less grim and mud crawling, more arcade-y polish.

Fortress, which has been added to Battlefield 5 for a limited time, is a variation of another mode called Breakthrough. Players’ goal in Breakthrough was to completely capture all control points by seizing sectors and dominating the whole map.

Instead of teams alternating control over locations, defenders needed to dig in and push back the other team. But Breakthrough never felt as intense as it could, sometimes devolving into a free-for-all.

Fortress adds additional fortifications, gun placements and buildable defences that significantly ramp up the challenge. If you want to win, you’ll need to fight hard. Squads crash against heavy defences and are either blasted into bits or sweep over the top.

Fortress matches are meat grinders, with less of the one-man army heroics of traditional game modes. It feels much more violent and chaotic, shying away from Battlefield 5’s sweeping romanticism for an experience that feels a lot more like Battlefield 1’s chunky warfare. 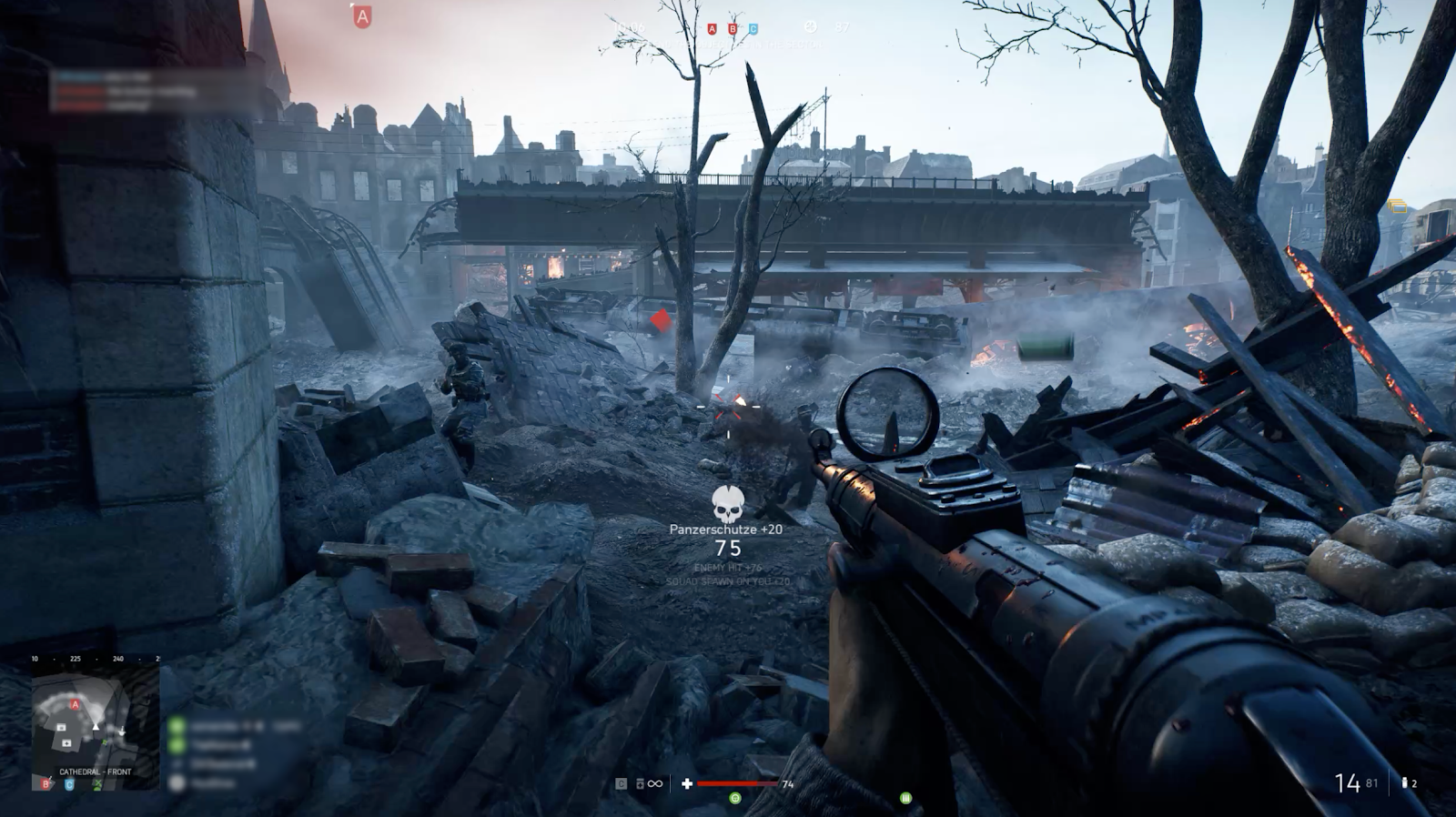 Battlefield 5 has struggled since it launched last November. The Tides of War challenge periods, which offer unique rewards for competing in certain modes and completing key objectives, help keep things fresh. But a shaky expansion with a less-than-popular tank-focused map failed to spark excitement.

Since then, Battlefield 5 has relied on a drip feed of new guns and temporary modes to keep players occupied. Lacking new maps, for which players are incredibly eager, developer DICE has offered small gameplay variations that are hit-or-miss. Fortress feels like a genuine hit, changing the tone and embracing the terrifying forever war of multiplayer matches.

I’ve watched as dozens of teammates fell rushing gun emplacements, swept around flanks with my squad to devastate entrenched positions, and gotten so tied up providing medical aid to the folks in front of me that I didn’t notice until I turned around that everyone behind me had died.

In the same way that Star Wars Battlefront 2’s hard-fought Clone Wars base assault won me over, Fortress makes me excited to sit down and play more Battlefield 5.

Fortress won’t be for everyone, especially players who hate dying fast. There are times when you’ll spawn at a flag to defend and get immediately chewed up by advancing enemies. In other cases, entire matches can quickly start to feel pointless as defenders reap the advantage of their heavily fortified positions.

For me, Fortress addresses some of the issues I had with Battlefield 5’s romantic “Rally the lads!” war-valourising. It’s brutal, and each victory is hard won. It might be fun to win a match of team deathmatch or mess around in Firestorm’s battle royale, but I’d rather be tossed into Fortress’ chaos any day of the week.