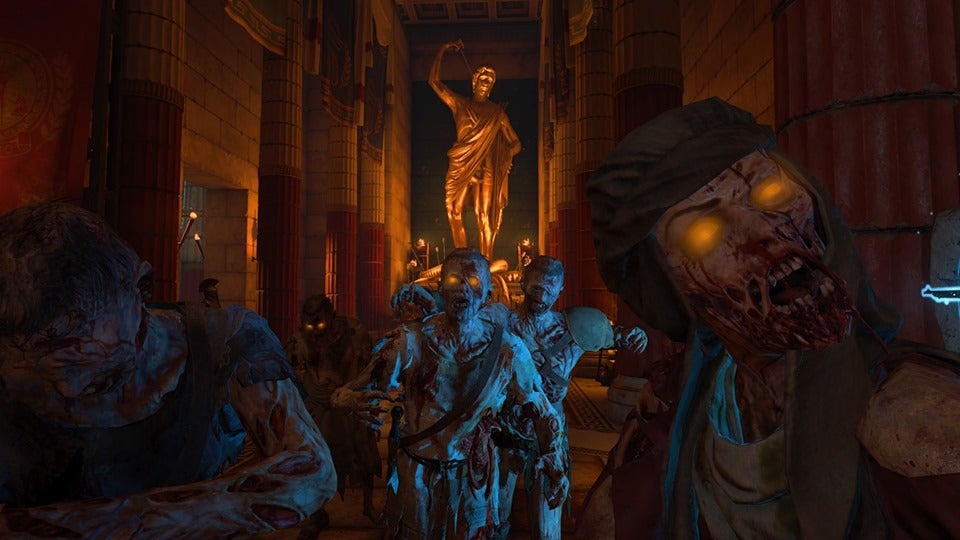 Black Ops 4’s Zombies still doesn’t have all the content that Activision promised prior to its launch last year. In fact, the undead survival mode hasn’t really seen a proper content flow or substantial rewards. Seven months since Black Ops 4’s launch, and the Zombies community is still left speculating about the Factions feature that was teased so long ago.

“First, there will be Factions in Black Ops 4 Zombies, complete with their own quests and narratives. These Factions will add another dimension to the story, as players choose to side with the Bloodfaith, Tempus Novi, Dustborn or The First Legion.

“Who do you stand with, and what does that mean as you progress along that path?” Blundell said during the panel, teasing what the Factions mode would add to Zombies.

Initially, there was a lot of intrigue over what Factions might be, but the Comic-Con hype has since completely fizzled as Treyarch’s vague description gave way to radio silence about the feature. Kotaku contacted Activision this week to ask about Factions’ future, but it has not responded.

With Black Ops 4’s Zombies having had such a rough launch and players practically begging for better updates and rewards, you’d think that by now, Treyarch would have at least given out some juicy details to ramp the community back up again.

A YouTuber and member of the Zombies community called “ZWC Noobey” tweeted Treyarch back in March for an ETA on Factions. At the time, the developer responded: “Factions is planned for our next Operation, with the team currently focused on releasing Ancient Evil (DLC 2) in our next major update, followed by Dead of the Night’s Gauntlet, Server Pause, Splitscreen Pause + more.”

That would mean Factions was planned to launch with the game’s current Operation Spectre Rising — but we’re already in week four of the event on PlayStation 4, and there’s still no new information on this mysterious Zombies feature. 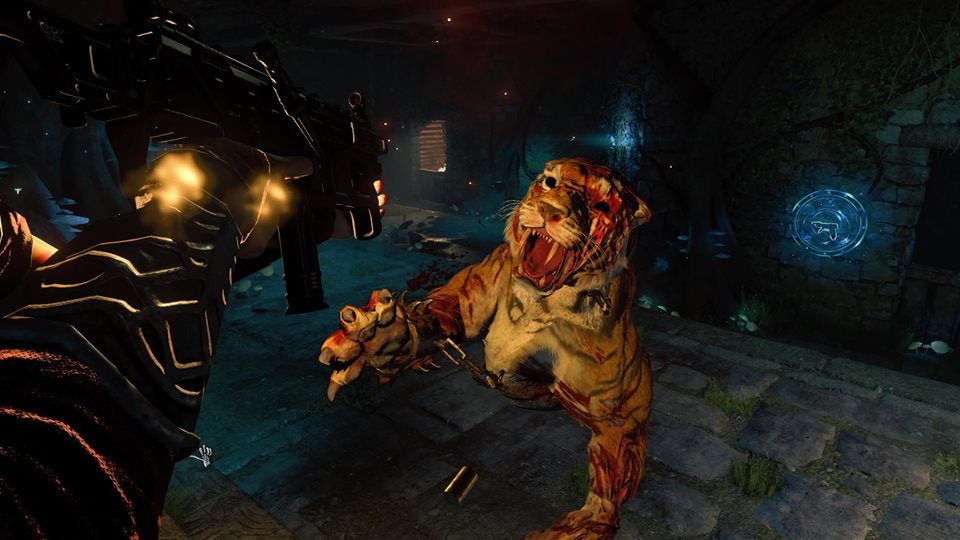 Factions could really be anything at this point. If it’s something similar to Destiny’s Faction system, that would mean basically just bringing players together under one Faction banner or another to compete in boring challenges to earn some extra loot.

But I really hope Treyarch’s plan involves weaving in more creative challenges with unique storytelling, which would be more likely to motivate players to jump back into Zombies.

Treyarch’s Zombies may have started as simply horde survival, but the mode really transformed and grew a community with the addition of interesting questlines and story depth. But in its current state, Black Ops 4’s Zombies is a lot of maps and modes with very few rewards and updates.

The addition of the Gauntlets to each Zombies map, a gruelling 30 rounds of unique challenges, left players feeling unsatisfied with the reward.

Players don’t really feel rewarded for the Gauntlets by simply receiving a Calling Card as bragging rights on their in-game profile. Greater challenges should offer bigger rewards such as unique camos, weapons or outfits exclusive to champions of the Gauntlets.

With this being the fifth straight year of Call of Duty Zombies, players really need better content drops and more satisfying rewards to fend off the Zombies fatigue.

Activision’s major overhaul of Call of Duty 2020, which Kotaku’s Jason Schreier reported, has Treyarch tasked with producing another Black Ops game in just two years, rather than the usual three. That puts a lot of pressure on the developer and could take away from its ability to continue to add content to Black Ops 4.

Whatever Factions are and whenever they finally arrive, I hope the feature brings better incentives and pulls the community back together with some competitive fun.

If Treyarch truly brings a new layer of storytelling combined with community challenges, it might not be too late to revive Black Ops 4’s Zombies, but if this is a simply a clone of Destiny’s Factions to reward more Calling Cards that players don’t want, it might be too little, way too late.