bloodborneboard gameschoose your own adventurefairy talegaming shelfgod of wario9rpgstar warstabletop games
To sign up for our daily newsletter covering the latest news, features and reviews, head HERE. For a running feed of all our stories, follow us on Twitter HERE. Or you can bookmark the Kotaku Australia homepage to visit whenever you need a news fix.

Welcome back to Gaming Shelf, the regular column all about the latest in tabletop and board gaming news—focusing on everything that’s happening in science fiction and fantasy gaming. Right now, we’ve got a cool announcement involving an Alien roleplaying game, some more tabletop adaptations from video games, and a cancelled expansion. 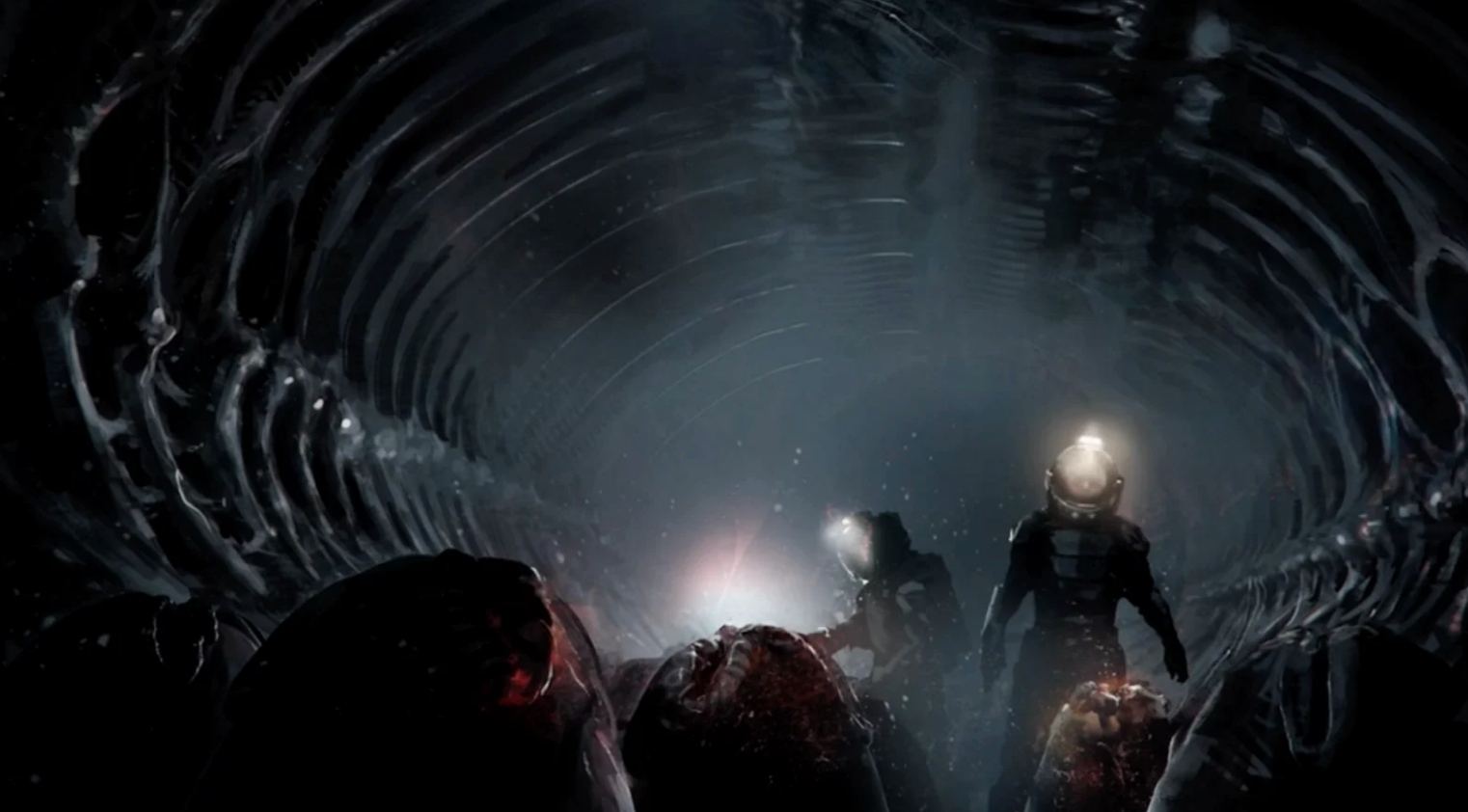 On Friday, we revealed that Free League was releasing a tabletop roleplaying game set in the universe of Alien. Click that link for more information on the upcoming saga, which is set to come out later this year.

God of War: The Card Game

God of War was one of the best-received video games of 2018, and now it’s come to tabletop. CMON has announced God of War: The Card Game, a one-to-four player cooperative game where players work to save Midgard from destruction, taking on the roles of the game’s famous Norns like Kratos, Mimir, Brok, and Freya, each of whom have special abilities. The game features monsters and locations from the video game, but are randomised to create a variety of scenarios. It’s set to come out this fall.

American Mensa has announced this year’s Mensa Select winners, which give an official seal of approval to board games that are especially “original in concept, challenging, and well-designed.” This year’s winners are: 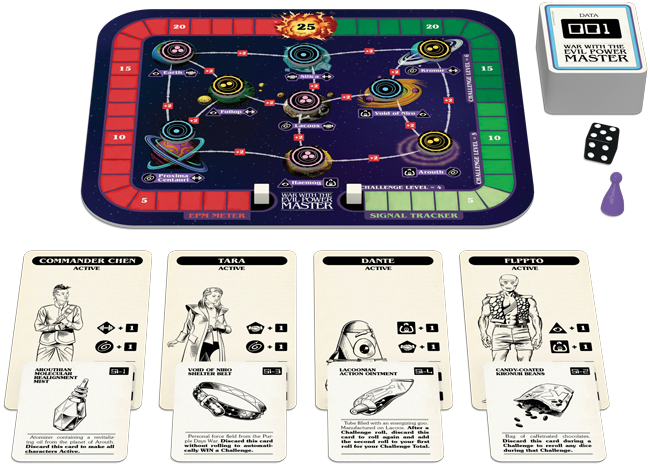 The board and cards for Choose Your Own Adventure: War with the Evil Power Master (Image: Z-Man Games)

Choose Your Own Adventure: War with the Evil Power Master

Following the success of House of Danger, Z-Man Games has announced a new Choose Your Own Adventure board game, this time with a sci-fi twist. Based on one of the classic CYOA stories, War with the Evil Power Master has players teaming up as the Rapid Force Crew to travel the galaxy and chase down the Evil Power Master, who’s in the middle of dangerous and deadly rebellion.

It’s currently available for pre-order at $36, and is set to come out this summer.

This isn’t your daddy’s Mouse Guard. Plaid Hat Games has announced Battlelands, a three-to-five player competitive card game starring mice, moles, and other creatures, set in a post-apocalyptic world where humans are gone and only the best scavengers survive.

The game is set in the world of Aftermath, a mysterious upcoming game from Jerry Hawthorne, the guy who created Mice & Mystics. Battlelands is currently available for pre-order at $21, and comes out this July. 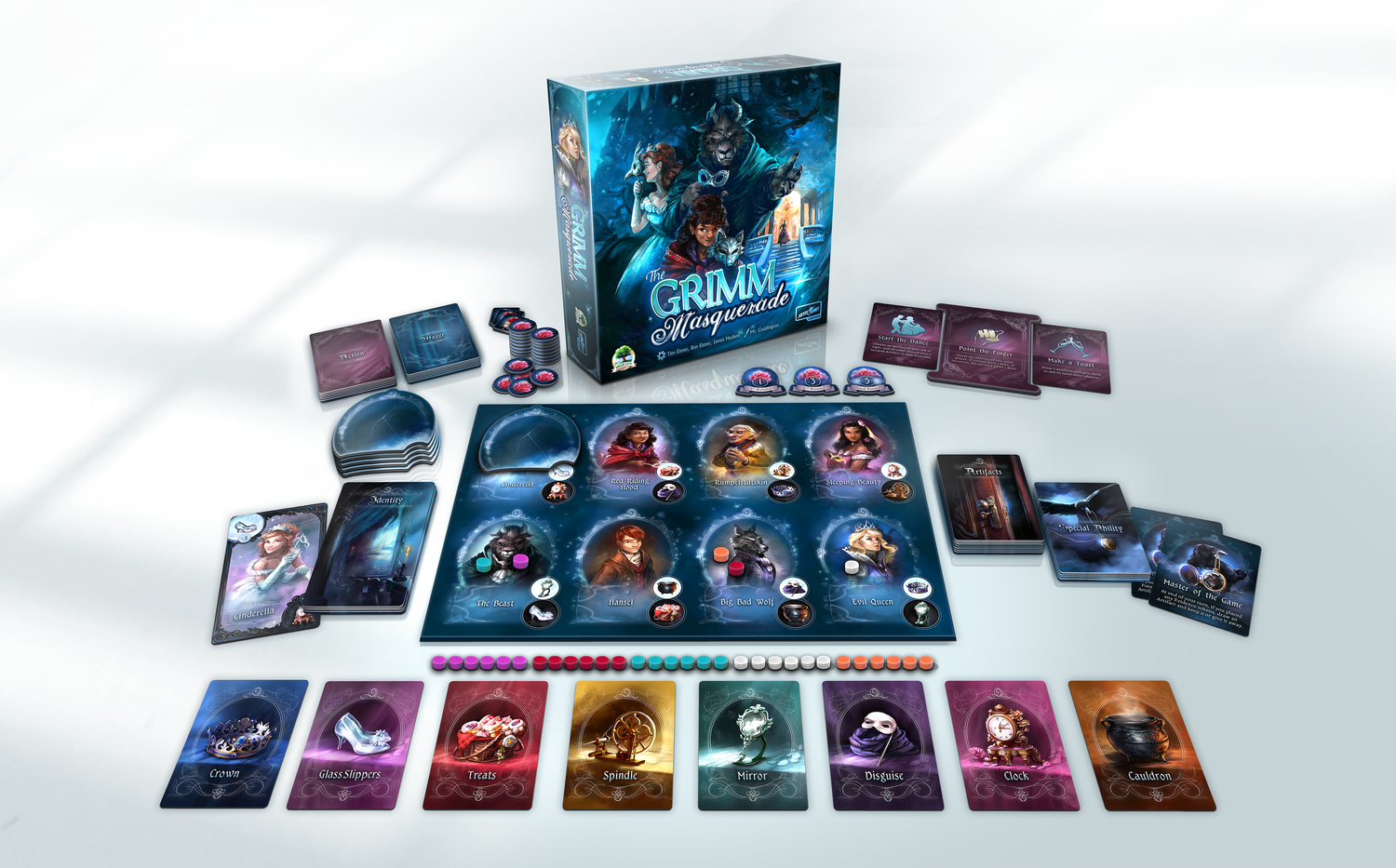 Can you solve the mystery of the doppelganger? (Image: Skybound Games)

Pre-orders are now open for The Grimm Masquerade, a social deduction game from Skybound Games, set in the world of Grimm Forest, a tabletop miniatures release. Players take on the role of different fairy tale characters who’ve been invited to a masquerade ball at the Beast’s castle — only to find they’ve been transformed to look exactly like someone else at the party. It’s up to players to “unmask” everyone else’s true identity, while keeping yours a secret. Grimm Masquerade costs $36 and comes out this July.

USAopoly has revealed that it’s partnering with Disney Consumer Products to develop new Star Wars board games for European, Middle Eastern, and African regions. The first new release is described as a “light strategy tabletop game.” No word yet on whether any of these games will come to the United States, but we’re keeping our fingers crossed. 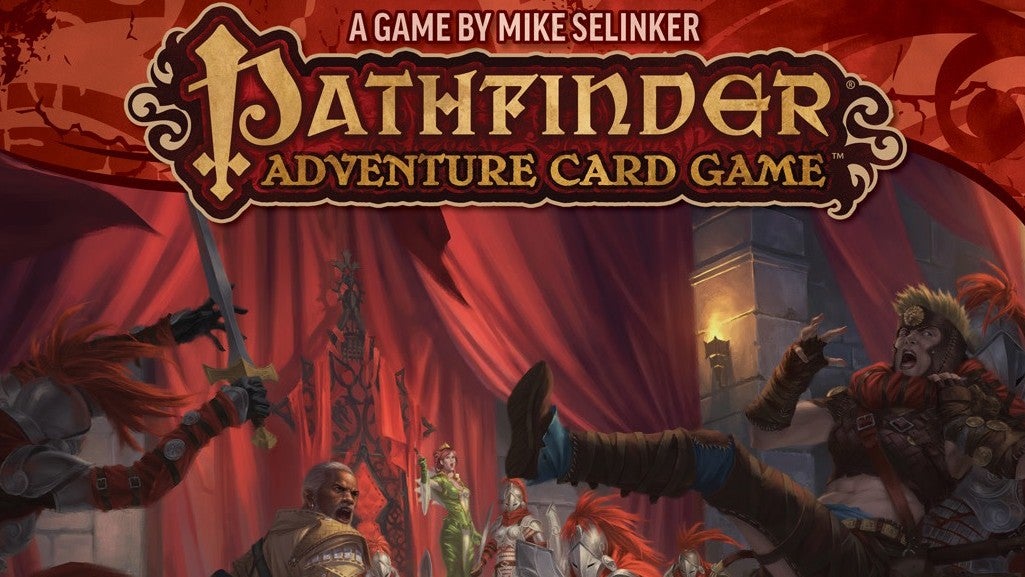 Paizo is releasing the first adventure path expansion for Pathfinder called Curse of the Crimson Throne. Players will need to keep the city of Korvosa safe from crime lords, cultists, scheming nobles, and other threats. It includes four new character pawns, a storybook, and over 500 cards with new weapons and spells, along with new threats and monsters.

Curse of the Crimson Throne comes out May 13 and will cost $71. It requires Pathfinder Adventure Card Game to play.

Fantasy Flight Games is giving Star Wars: Destiny a major expansion with Spark of Hope, which features booster sets with 160 new cards—including one for Grand Admiral Thrawn. Spark of Hope is currently available for preorder and is set to come out this fall.

We previously reported on an upcoming expansion Hero Pack for Guardians called Retribution. Plaid Hat Games has announced that it’s cancelling this expansion. The company hopes to continue the series in the future, but said fans shouldn’t expect anything to come out this year.

Bloodborne: The Board Game

Another video game is heading to the table. Bloodborne: The Board Game is a tabletop miniatures game based on Bloodborne, where Hunters explore the town of Yharnam and “fight their way through beasts, monsters, and frenzied townsfolk to survive the night.” Featuring some gorgeous miniatures and a familiar story, it’s no wonder this game has already raised over 10 times its fundraising goal. Bloodborne: The Board Game will be on Kickstarter through May 14. The minimum donation for a copy of the game is $128, and it’s set to be delivered in May 2020.

The minimum donation to get a digital copy is $21, and it comes out this September.

Ever since I finished the second season of She-Ra and the Princesses of Power, I’ve been hungry for more stories about badass princesses fighting for the fate of the world. The card game Charmed and Dangerous is a bit more adult than She-Ra, but the premise is similar: Two sides at war—one good, one evil—and only one can survive. On one hand, you have the princesses, who are different fairy tale characters with badass abilities and cool outfits. But players can also take the role of villains (kind of like Catra in She-Ra), seeking to destroy the princesses and everything they hold dear.

Charmed and Dangerous is on Kickstarter through June 2. Minimum pledge for a copy is $28, and it should be released in August.

Monster in the Woods

This is a Kickstarter for the second printing of Monster in the Woods, a brutal card game where you play a child at a slumber party who’s found themselves lost in the woods, and you have to hide or fight to survive. The rules look a little tough, and quite unforgiving, but if you’re in the mood for a game where you play a little kid that could easily get wiped off the face of the planet, this might be one to look into.

Monster in the Woods is on Kickstarter through May 20. The minimum donation for a copy is $28, and it should come out in July.