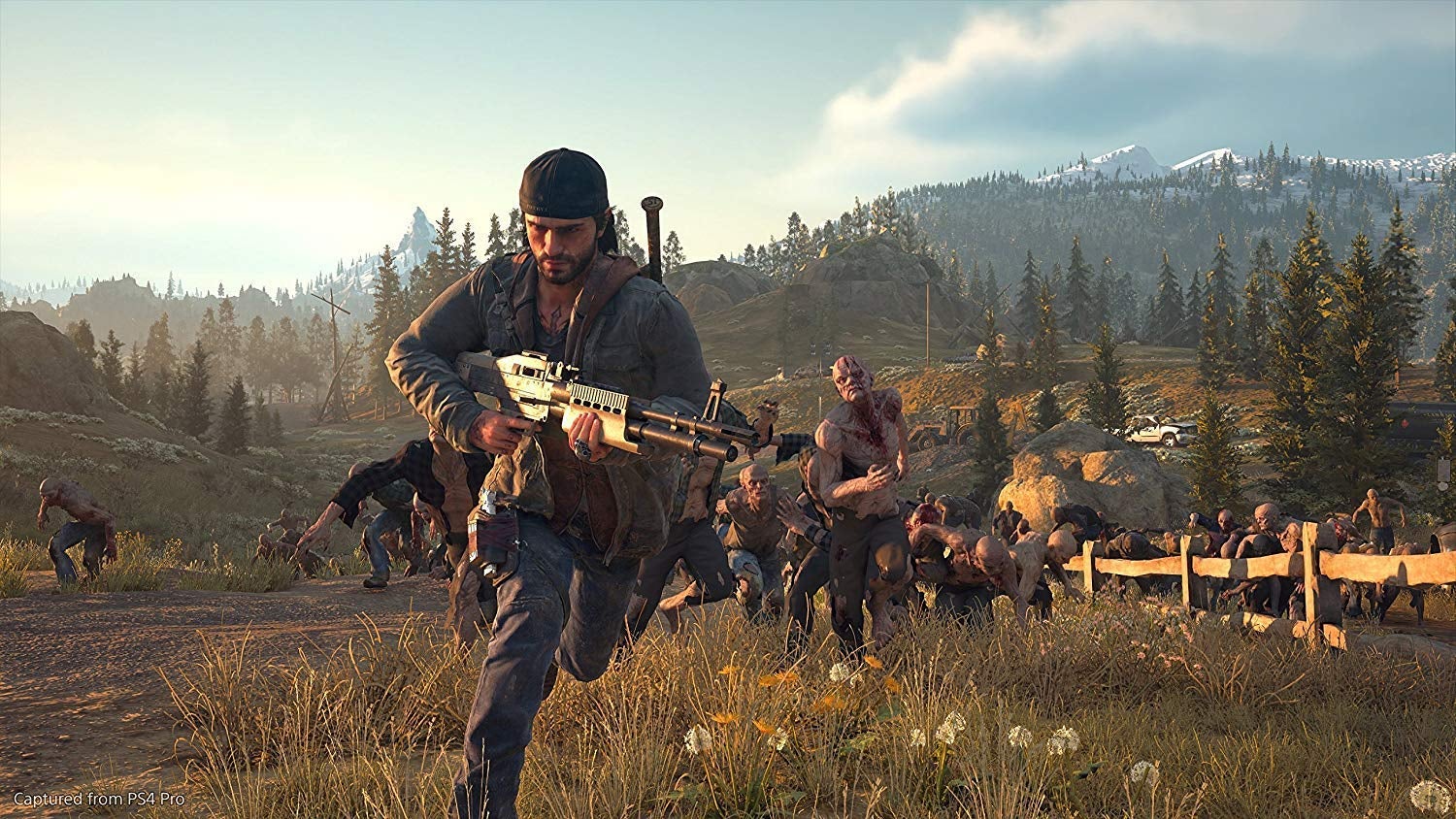 The absolute worst part of Days Gone involve something that, on paper, sounds interesting: A clandestine government organisation called NERO that’s scouring the freaker wastes searching for… something.

Unfortunately, all of the missions that send the PlayStation 4 zombie survival game’s gruff, biker-man protagonist Deacon St. John out to see what said organisation is up to are the absolute pits. They’re a series of mandatory stealth missions that you need to take on intermittently in order to advance the main story.

Worse still is the fact that these missions seem to lead to a narrative dead end at the end of the game — unless you know where to look, and then they lead to a twist that is truly bananas.

These “Finding NERO” missions, as they’re called, are disappointing in a whole assortment of ways. For one, Days Gone isn’t that great at stealth. It’s a nice option to have when taking out freakers—who are, generally speaking, extremely stupid and overwhelming in number—but when it’s your only option, it’s extremely boring. “Stealth” in Days Gone largely involves running into bushes about four feet high without anyone seeing you first. Do that, and you are, as far as the game is concerned, a master spy, completely one with the wilds of Oregon.

Further complicating things is that the only other useful stealth tool is distraction, which is implemented via the extremely sophisticated technique espionage experts refer to as “throwing rocks.” Oh, except the Finding NERO missions arbitrarily decide to remove that skill from your arsenal, leaving you with no option other than to duck from bush to bush, dodging armed patrols so you can eavesdrop on the NERO researchers. You can’t stealth-kill anyone either, because NERO hazmat suits are inexplicably invincible.

Despite my mixed feelings about Days Gone, there is fun to be had. Trouble is, these mandatory Finding NERO missions are the furthest from it you can possibly get from it, short of turning your PS4 off and reading an old phone book.

They could be justified if what they revealed was interesting, but it’s largely just arbitrary facts about the Freakers that only serve to confuse the backstory of Days Gone even more. Eventually, these missions reveal that the Freaker virus is mutating and changing — something that doesn’t really mean anything to you, since Days Gone is not terribly clear about how the virus works or what separates survivors from Freakers.

It’s also something you can surmise on your own as you start to find more and more Freaker variants throughout the story. None of it ever really makes sense, and by the time the credits roll around, most of these questions are left unanswered.

Fortunately, Days Gone has multiple epilogue missions after the story’s conclusion, and one of them definitively concludes the Finding NERO plot. Getting to it is a bit of a chore, though, since only one epilogue mission is available to you at a time. After a few of these missions, you’ll get a call from O’Brien, the rogue NERO agent who’s been having you spy on his former colleagues.

He’ll have something to tell you, and it’s a doozy: He’s been infected with the Freaker virus, and it seems like he’s in control of it — a new breed of infected superhuman. It seems that this was NERO’s endgame all along, and it’s fertile ground for an eventual Days Gone sequel.

This twist doesn’t necessarily clear anything up, or justify the nonsense stealth missions you’ll have to do. But, like the sub-plot involving Lisa, it’s a grace note meant to cap off a smaller story in Days Gone that might have been better served as the main thrust in a shorter, more focused game. One of the problems with Days Gone is that it simply has too much story.

It sprawls out in many directions, while arbitrarily picking up new threads to follow in its main plot without much in the way of proper setup. This is why it feels like it has three separate endings: one at the end of your time at Iron Mike’s, another at the end of your sojourn in Ripper country, and one more with the final foe, the fanatical militia in the southern region.

Throughout each of these plots, Days Gone occasionally gestures at being a different kind of game, one richer in atmosphere and more focused on horror. The Finding NERO missions feel like scenes cut from that game and glued onto the giant video-gamey collage that is Days Gone. Unfortunately, it’s all in the service of another, theoretical game that sounds more interesting than the one we got.