What We Loved About Detective Pikachu 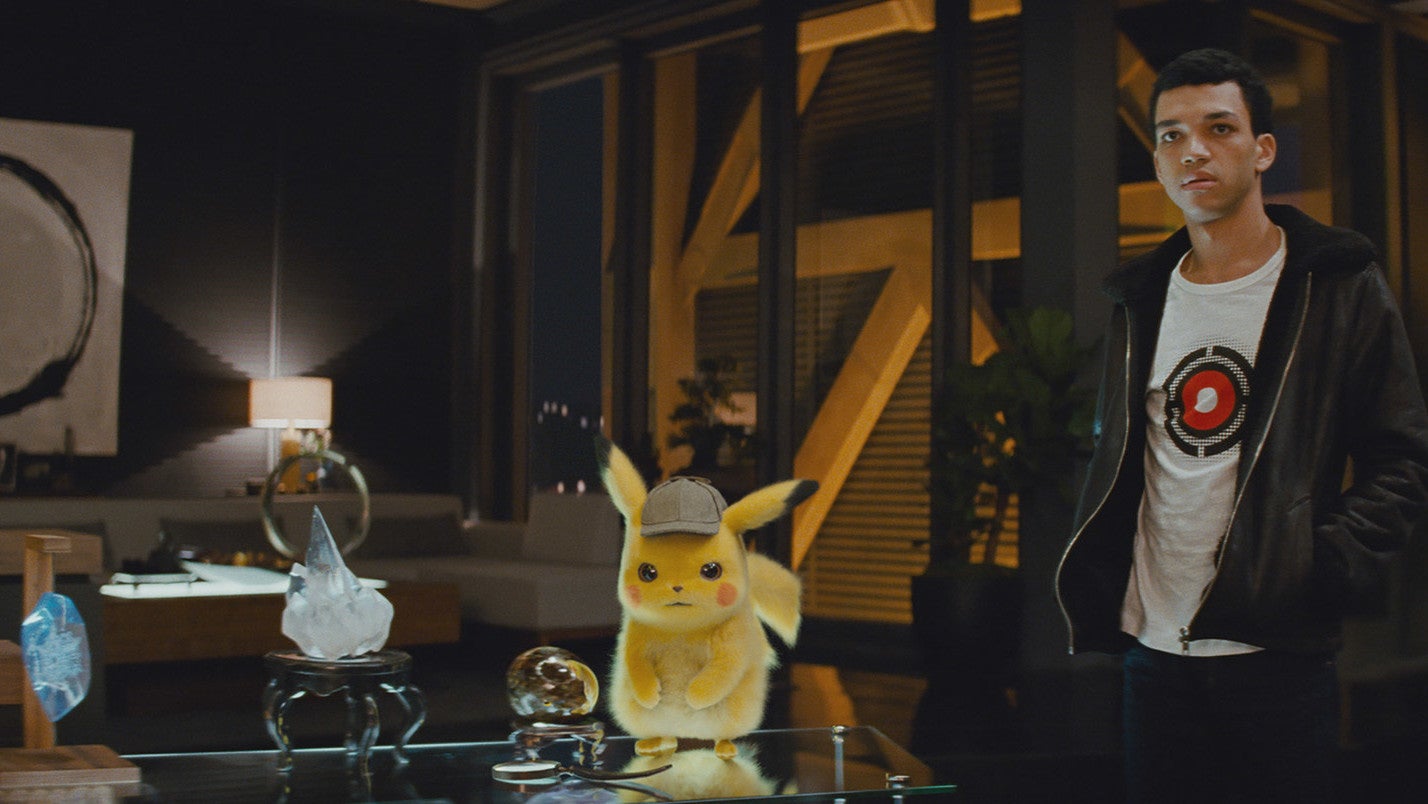 Detective Pikachu hit movie theatres this weekend and turned me into a puddle of nostalgic goo. I sat down with senior reporter Cecilia D’Anastasio and video producer Paul Tamayo to talk Pokéballs, Pikachu and a severe lack of Venusaurs.

Gita Jackson: I never thought I’d see a live action Pokémon movie in my lifetime, let alone a good one. And yet, here we are. While I didn’t cry like I expected to, Detective Pikachu more than met my expectations and reminded me yet again of how invested I am in Pokémon, even as I near 30. How was the experience for y’all?

Paul Tamayo: I was pretty blown away in the theatre at how vivid and hypnotising it all was on the big screen. I’ve dabbled in Pokémon games here and there, but it certainly brought me back to seeing the first movie in theatres 20 years ago and actually made me a little emotional on that alone. It’s pretty surreal.

Cecilia D’Anastasio: Totally surreal. From the movie’s first few minutes, it established a world that I would love to live in as both a Pokémon-obsessed child and as an adult who occasionally plays the games. A lot of things contributed to that, but the one that was the most surprising was how good the CGI Pokémon looked!

Gita: What really struck me was how touchable the Pokémon looked. That really brought me back to my childhood, wanting to have a Pokémon partner of my very own. It seems like the offbeat take on realistic Pokémon was exactly the right way to go.

In a real environment, having Pokémon that looked more cartoony would have been totally jarring. After the movie, all I could think about was wanting to pet Pikachu’s belly. I also made a LOUD noise when we finally saw Eevee.

Cecilia: “Touchable” is such a good way to describe it! They killed it with the Growlithes.

Paul: Yeah I couldn’t help but be jealous but also thrilled that kids will get to watch this a million times at home on their giant TVs and in 4K. I also wanted that Cubone, tbh.

Gita: Detective Pikachu is based on a game of the same name, and it does what it says on the tin. In this movie, Tim Goodman, played by Justice Smith, teams up with a talking Pikachu, voiced by Ryan Reynolds.

They solve crime, and in particular one crime: finding Tim’s presumed dead father, Harry Goodman. Just from the world design, they sold me on the movie entirely. Ryme City seemed like a very cool place, one with its own culture that we’ve only seen a tiny bit of. I want to live there now.

Cecilia: I just want to slurp ramen in a cyberpunk Ryme City cafe and hang with a bunch of ghost Pokémon. That is now a desire I have. The scene in which Tim’s friend brings him to a field with a sobbing Cubone and tells him it’d be his perfect Pokémon partner totally set the tone for the rest of the movie. It was lighthearted, but serious and believable.

Gita: Yes, “weirdly believable” is definitely right. I never felt like I was being disrespected as an adult viewer, and also the plot, while it has some holes, was well constructed enough that I didn’t care.

Paul: Same. I’m not familiar with the original game’s story, but it got me thinking of how many other games or movies could just be cultivated in that world. Also, PLEASE BRING THAT GAME TO SWITCH ALREADY.

Cecilia: What did you guys think about the fights?

Paul: I was a little disappointed in the one they tease in the trailer, but though the ending kind of gets wobbly, it was fun to see them fighting all over the city and on rooftops. It felt like exactly the right amount of spectacle.

Gita: I loved the snippet of the Haunter vs. Charizard fight, but it kind of made me want more. They sort of allude to some nasty underground Pokémon battle stuff – the one trainer we see in a battle gives his Charizard R serum, which is like a Pokémon steroid that makes them go berserk.

I wish we could have dived into that, but I know the movie was more about Tim Goodman’s quest to find his dad than anything else. Still, if you’re going to make me sit through an inexplicable Diplo cameo, at least let me see one more battle.

Cecilia: That fight was AWESOME. And the Pokémon hyping it up with bass music were an amazing touch. It also made me wonder—if this is the city where people and Pokémon live in harmony, and the fight had the vibe of surreptitiousness, what does that say about the ethics of Pokémon fighting everywhere else and in the games?

Gita: I also wonder about the ethics of Pokémon fighting! The games have gotten into that a little, but this just made me want to dive into it.

Paul: That part of the lore felt a little harder to suspend my disbelief around. Like we’re told Pokémon and humans work together and then there’s a quick shot in that video of humans making them fight each other… for what exactly? It’s something you just have to cover your ears and nod along with. It’s Pokémon. Yup. Got it.

Cecilia: We’ve talked a little about believability and suspending disbelief…. I was wondering whether there was a moment for either of you that, like, overwhelmed you with emotion or nostalgia.

Paul: Honestly, I almost lost it after they washed up on land and the Bulbasaurs came out in full force to lead them to help.

Paul: Brought me right back to that theatre in ‘99 where I was chugging soda to hold back tears. Oh I got teary-eyed. I will not lie.

Gita: I was done for straight from the start. The moment we saw a Pokeball, I clutched my boyfriend’s hand and whispered, “oh my god.”

Gita: I have always wanted one!!!

Cecilia: I have some beef, though. We saw a Charizard. We saw a Blastoise. We had a really great Bulbasaur scene. We did NOT see a Venusaur. That is all I wanted out of the movie. I wanted to see a fucking Venusaur.

Gita: Cecilia, I am so sorry for your loss. I also needed more Eevee, though we did see one. But only one evolution!

Paul: On the bright side, we got Justice Smith. I did like the movie’s carefully framed shots and the lengths it went to not show us Tim’s dad, but that payoff was the one part of the movie that really stuck out for me. For all of the wrong reasons.

Cecilia: Yeah, Tim Rogers was mad about that, too. Why did it bother you?

Paul: It’s a huge plot hole. Did Tim never hear his dad speak at all? When his voice comes out of Pikachu, how is he not bugging out?

Cecilia: The conspiracy theorist in me wonders whether Reynolds had something in his contract that made it so he had to be on screen, haha.

Gita: Well, I’ve been playing the game, and I can tell you that so far, the game and the movie follow the same plot beats almost exactly. So probably they were just staying close to the source material.

Seriously, they lay it on so thick in the game it’s a wonder that Tim didn’t figure out Pikachu was his Dad immediately.

Paul: They just wanted to dunk on everybody who wanted Danny Devito as Pikachu. 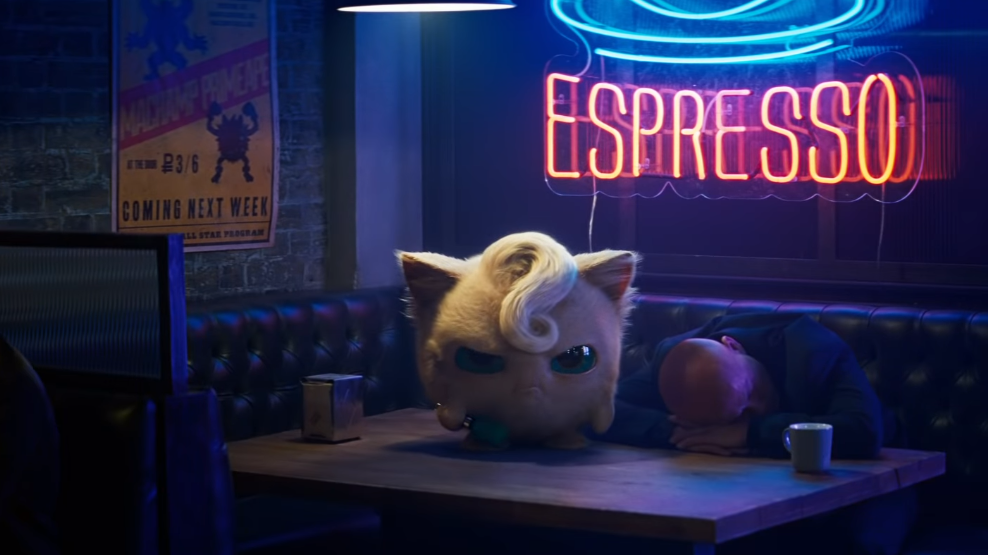 Gita: I didn’t like the ending either, just because it came out of nowhere. We literally learn that Mewtwo has the ability to merge human and Pokémon souls right at the end. On the bright side, Bill Nighy seemed to be having a great time.

Paul: Nighy was chewing those scenes up and I loved it.

Gita: He is apparently now super into Pokémon, which is just wonderful news.

Cecilia: I think that was an interesting plot point, but you’re right that it was introduced a little too late for it to land well. It was also really weird how normal people seemed after getting un-merged with their Pokémon. Like, I would be shocked and horrified and disgusted and confused for DAYS. They just got up and dusted themselves off and went on with things.

Gita: I think if, at any point, I was in the body of a Pokémon, I’d need copious therapy. Though it seems like both Tim and his dad both really, really need some therapy. How did that relationship between Tim and Harry land for you? Justice Smith really sells his side of it, but I wasn’t exactly on Team Father Son Reconciliation by the end.

Gita: Like, Harry was a totally absent father! He has a lot to make up for! Even if Tim and Harry-As-Pikachu got along, not sure I would have moved in with the dude at the end.

Paul: Something was definitely missing there, and the final scene when Tim decides to stay behind and live with his dad fell a little flat. I wish they gave his dad a little more to work with in terms of trying to bridge that gap.

Cecilia: I guess they felt that their near-death detective experience was enough? The other thing I want to add as that I LOVED journalism intern Lucy. She was such a great character. She was a perfect balance of funny and fierce.

Gita: Oh I loved Lucy! And I loved that she and Tim didn’t quite get together. I just really appreciated her go-getter spirit. She’ll make a great reporter!

Paul: I had such a good time with the movie as a whole. In so many ways it’s like seeing a lot of your childhood fantasies realised and legitimised on the big screen. It has a lot for everybody to like. Weird that we’d get a good video game movie. It’s actually possible.