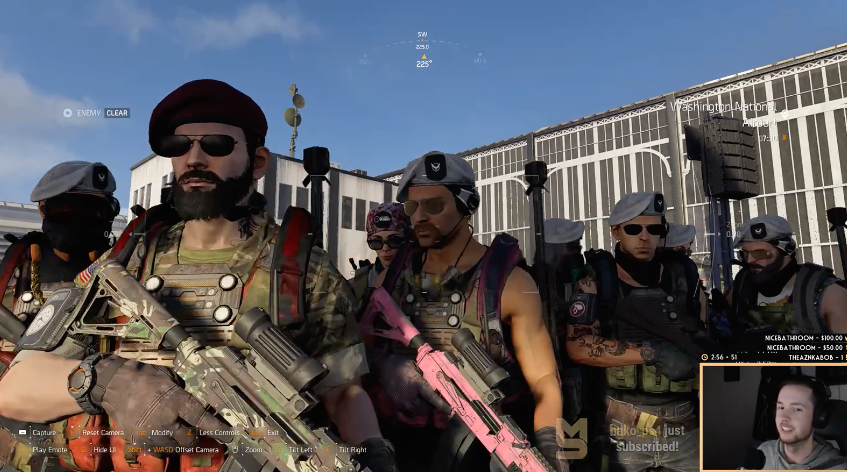 It took a significant chunk of the day for any of the eight-player groups streaming The Division 2’s new Operation Dark hours raid on Twitch to finally clear it. The POG clan, led by Division streamer and YouTuber Marcostyle, managed to knock off the final boss after 5 hours.

In a lengthy stream of the franchise’s first raid, players struggled through several boss encounters inside the game’s recreation of a Washington, DC, airport, leading to a climactic battle on the tarmac outside.

That last encounter involved a coordinated assault on a large transforming truck that would occasionally open up to launch waves of drones, exposing itself to attack.

“Just one more phase, guys,” Marcostyle said to his squadmates during one of many runs at the final boss. The team all died several times, and in the final attempt, only seven players were active in the game. After three hours of attempts on the last boss, it finally fell, five hours after the raid went live. (Destiny 2’s first raid fell in six hours.)

“There’s no way this is world’s first, dude,” he said before checking the leaderboard and giving out a cheer.

The people on his team were indeed listed as the first in the world to finish the raid. The game’s creators at Ubisoft have said that the first eight-player team to do so will have their player names posted permanently in the game’s version of the White House. 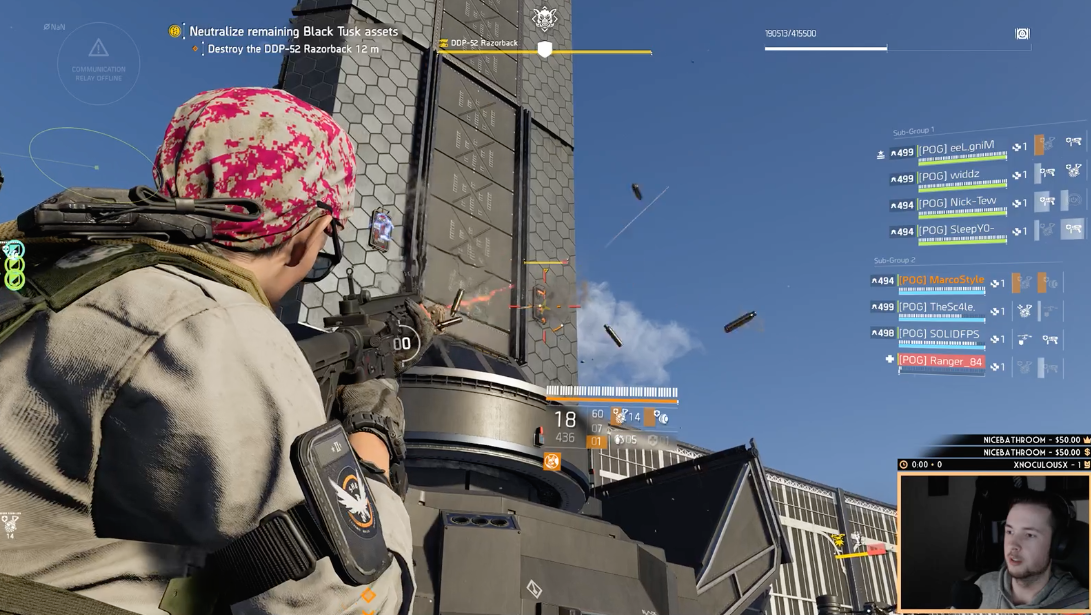 Upon completion, nearly 15,000 people were watching the stream.

“Ubisoft, if you’re watching this, more of this,” he said. “This was actually super-hard. This was way more than I expected. Good fucking job, guys.”

Within five minutes, a second squad finished the raid and a third five hours after that, according to the leaderboards Marcostyle was able to check during his stream (none of those teams showed up on the leaderboard we checked on an office PS4, but a game designer for the game did commend the team for being world’s first). 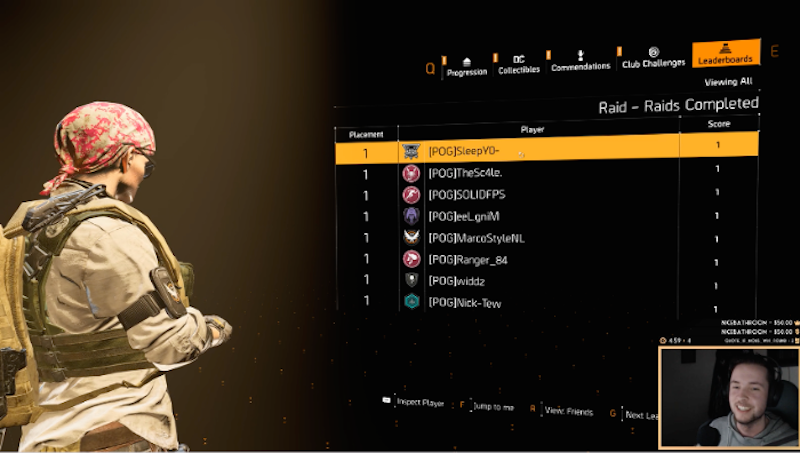 The raid had been anticipated by players since it was announced last year, but much of the game’s playerbase was infuriated by the news earlier this week that it would not support matchmaking.

Despite a pledge in a Ubisoft promotional image that all of the game’s online activities would support matchmaking, players who wanted to experience the raid would have to manually link up with others.

In a stream promoting the raid this morning, members of the development team tried to justify the decision, largely on the grounds that the raid would ostensibly demand the kind of teamwork and communication that wouldn’t come easy with matchmade strangers.

They nevertheless indicated that at least a half-measure was on the way.

“It’s not going to be in now. Is it going to come?” Division community developer Hamish Bode said on the stream. “Are we going to have some solution where people who don’t want to have to go outside of the game to matchmake or to find a group can actually do that in the game?”

“Yes,” associate creative director Chadi El Zibaoui said. “So we’re working on it.” He added, “You need to be sure the team you are going to work with has microphones, speaks the same language, has the proper gear to support the team.”

While we weren’t able to watch the full stream, the encounters we saw did require teamwork to, say, draw the attack of a tough boss while squadmates shot at other targets in the room. In the final phase, players needed to interact with four smaller installations before getting the drone truck to open up. During the morning stream, one of the developers said at least four people would be needed to clear some of the raid’s challenges.

Throughout the morning, players and developers shared suggestions about how to find teammates for the raid. The game’s official Discord offered looking-for-group channels, while the staging area for the raid—a helicopter landing pad near the White House, which is one of the rare spots in the game where players can see each other—saw a trickle of players showing up, milling about, and possibly inviting each other to play. 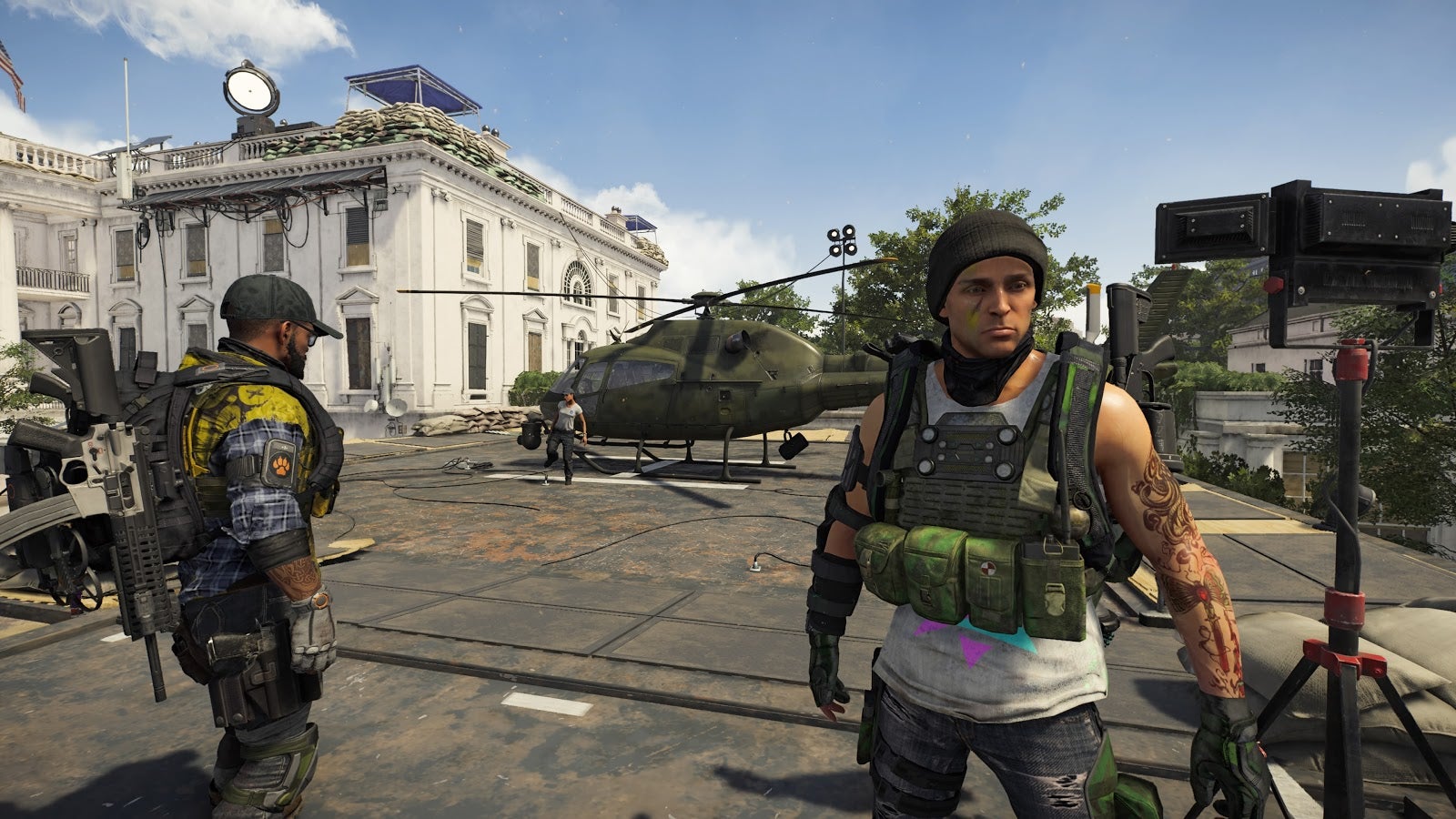 During the morning’s developer stream, the game’s creators hinted at the meaning behind the raid’s “Dark Hours” name. It’s a nod to the airport’s name in real life, Ronald Reagan Washington National Airport. Reagan wasn’t just president of the United States in the ’80s but also an actor for decades before that. In 1954, he starred in a made-for-TV movie called The Dark, Dark Hours.

There’s no narrative connection, just a cool-sounding name. The Dark, Dark Hours turns out to have an unusual backstory of its own. According to a 2010 article in The Atlantic, the short was lost for several decades before being discovered by an NBC employee, and, in the rarest of sights, it stars two of the most famous actors of all time: Reagan and the then-little-known James Dean.