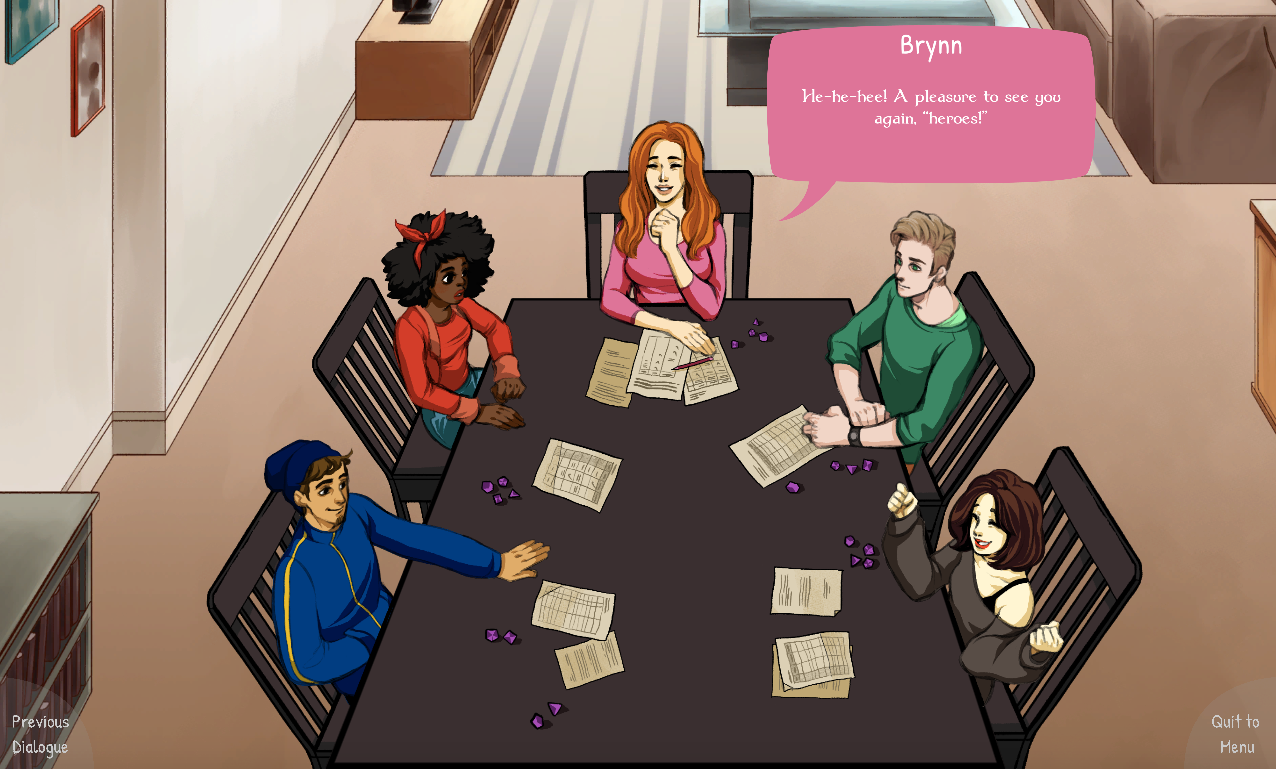 Sometimes the hardest part of Dungeons and Dragons is making sure your friends don’t start yelling at each other. Indie game Don’t Split The Party charmingly captures that challenge by putting you in the role of Dungeon Master—and peacekeeper.

Don’t Split The Party is a text-based game where you play as Brynn, a young woman who has just come back from an extended stay in London and is now in the States to play D&D with her regular group. When they all gather together, it’s clear that two of the friends, Allison and Lance, have had a falling out while Brynn has been away. Franklin and Ruby just want to play the game, as they’re at the final boss, Lady Malacatha, but Allison and Lance can’t stop snarking at each other. 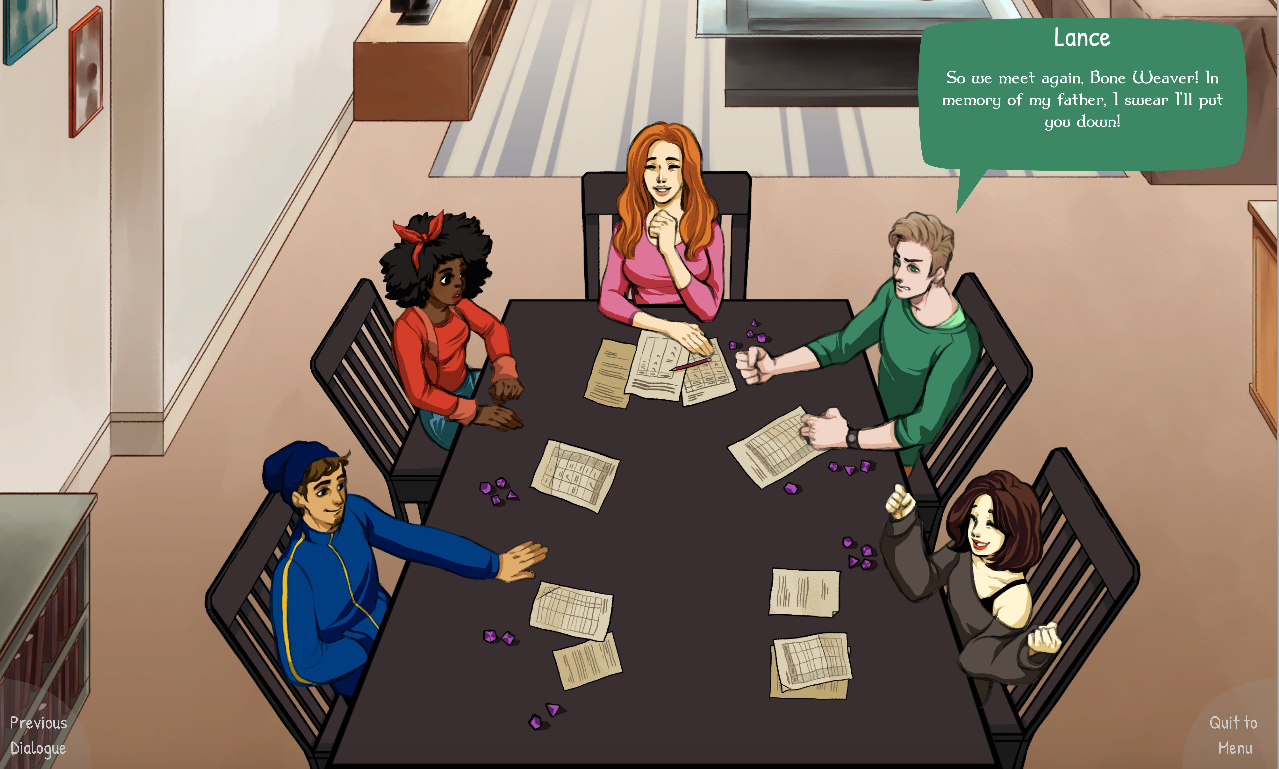 When I run tabletop role-playing games, it quickly becomes apparent if players get tense or bored. It’s then my responsibility to keep things moving. When I tried playing the new tabletop RPG Comrades, which has leftist activists from very different walks of life trying to get along and fight the man, I very quickly realised that ideological differences were going to come up during play. I needed to figure out how to both let players express themselves and feel like they’re being heard while making sure they tended to the mission at hand.

In Don’t Split The Party, the characters aren’t arguing about politics. They’re arguing about the far more fraught world of musical theatre—Allison wants Lance to help her put on a musical, but Lance ends up being flaky to further his own career.

Their sides of the argument are expressed through how they play. Allison tends to try to think of strategies that benefit the group and pressures other people into just going with her plan. Lance tends to hog the spotlight and not think about the rest of the party. With dialogue choices, Brynn can choose a side by allowing either Allison or Lance a chance to shine. 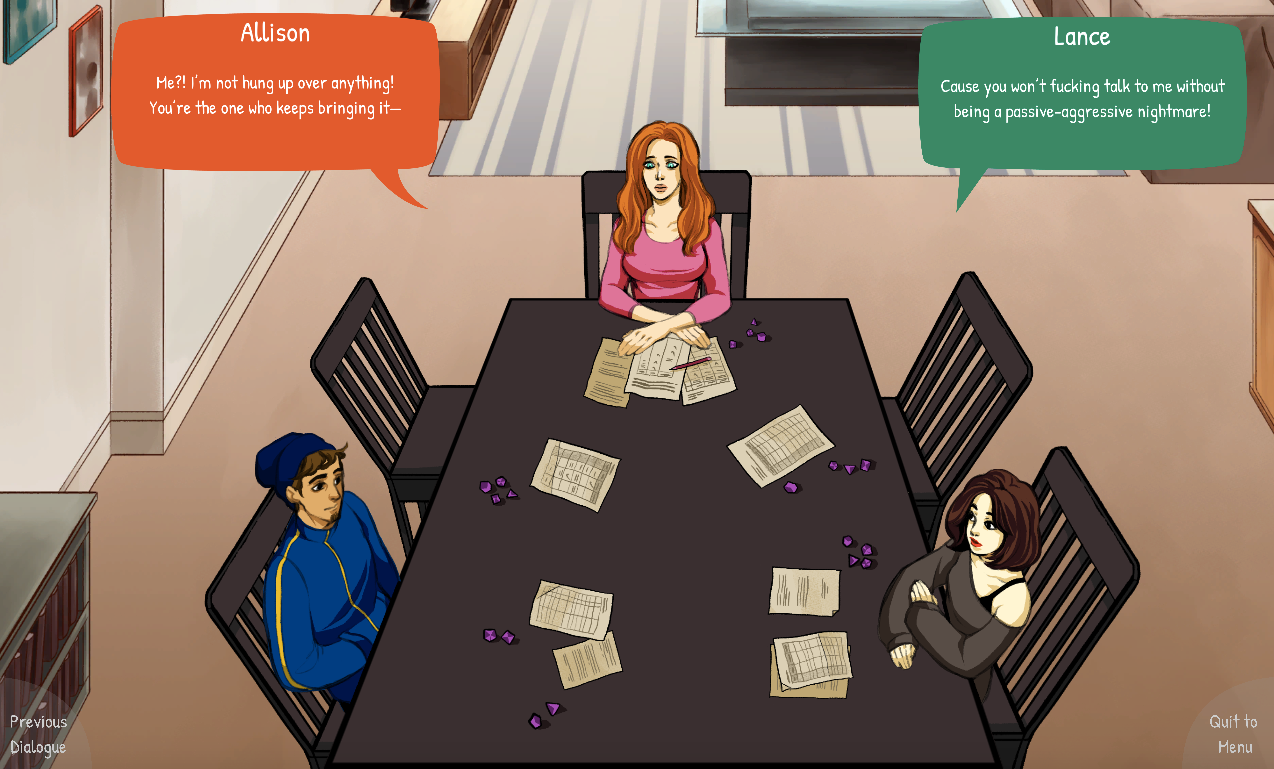 On my first try, Allison and Lance mostly kept it together and were mostly getting along by the end. While I appreciated the apparent compliment on my skills as a DM, I wanted drama. In my second run of Don’t Split The Party, Allison and Lance did yell at each other right before the final confrontation with the evil Lady Malacatha, leaving everyone else in the room to look on awkwardly.

While they still patched things up by the end, I definitely understood how letting Lance steal the show and chew on scenery time after time made Allison frustrated, especially when it resulted in other party members losing up to 80 health. Ouch!

Don’t Split The Party sheds light on the invisible aspect of managing people’s emotions when you’re hosting any kind of tabletop game. Even collaborative games like D&D can bring out people’s competitive sides or be susceptible to subtextual disagreements.

I liked navigating this group’s social problems while they navigated the problem of a witch that can turn into a dragon. I’d love to join them on their next campaign, if Allison and Lance can get their shit together.