Because Shan Fong, more than her fair share of dead people. The dead have been a constant presence in Shan’s life for as long as she can remember, but all of that is set to change. Check out our exclusive preview of Doctor Mirage #1 and find out more about the new series from writer Magdalene Visaggio and artist Nick Robles, and colorist Jordie Bellaire.

Though Shan’s faced all manner of supernatural beings in her adventures with her deceased husband Hwen, there was no way she could have ever been prepared for the recent and sudden loss of her connection to the Deadside, the source of her abilities. The implications of Shan’s loss are almost too large to put into words because for her, not being able to see the dead means having to grapple with true finality in a way she’s never had to before. Shan’s willing to pour all of her magical energies into whatever it takes to put things back the way they were. But what she doesn’t realise as Doctor Mirage’s first issue opens, is that the latest challenge she’s facing is infinitely deeper and more complicated than any one spell, no matter how powerful, could ever fix.

When I spoke with Visaggio about where Shan’s at, emotionally speaking, as the new series begins, she explained that hero’s closed herself off from the outside world in order to cope with the devastation. As unhealthy as it might initially seem, though, it’s the beginning of a new, important part of Shan’s life:

Her grief right now is denial. For the first time in her life she’s utterly, uncontrollably alone. She’s been trying to school herself in the magical arts to figure out a way to do what she’s done before because she thinks that tapping back into the Deadside will make her problems go away. She thinks that she can bring Hwen back, but she doesn’t really see quite yet is that one of the biggest things standing in her way right now is her own trauma.

We know that Hwen was a sorcerer when he and Shan were working together, but because they were a team, she never really had to learn the technical aspects of magic. Her armour’s the perfect analogy because it’s got all of these amulets and hexes and charms all over it to protect her, but that’s all stuff Hwen did, and now that she’s there by herself, she’s got to face these challenges on her own. That gives her the chance to finally and go out to explore these things for herself, and for me, the fun is in finding things with her.

Doctor Mirage doesn’t drop until late this summer, but you can take an exclusive early look at the series right here and now: 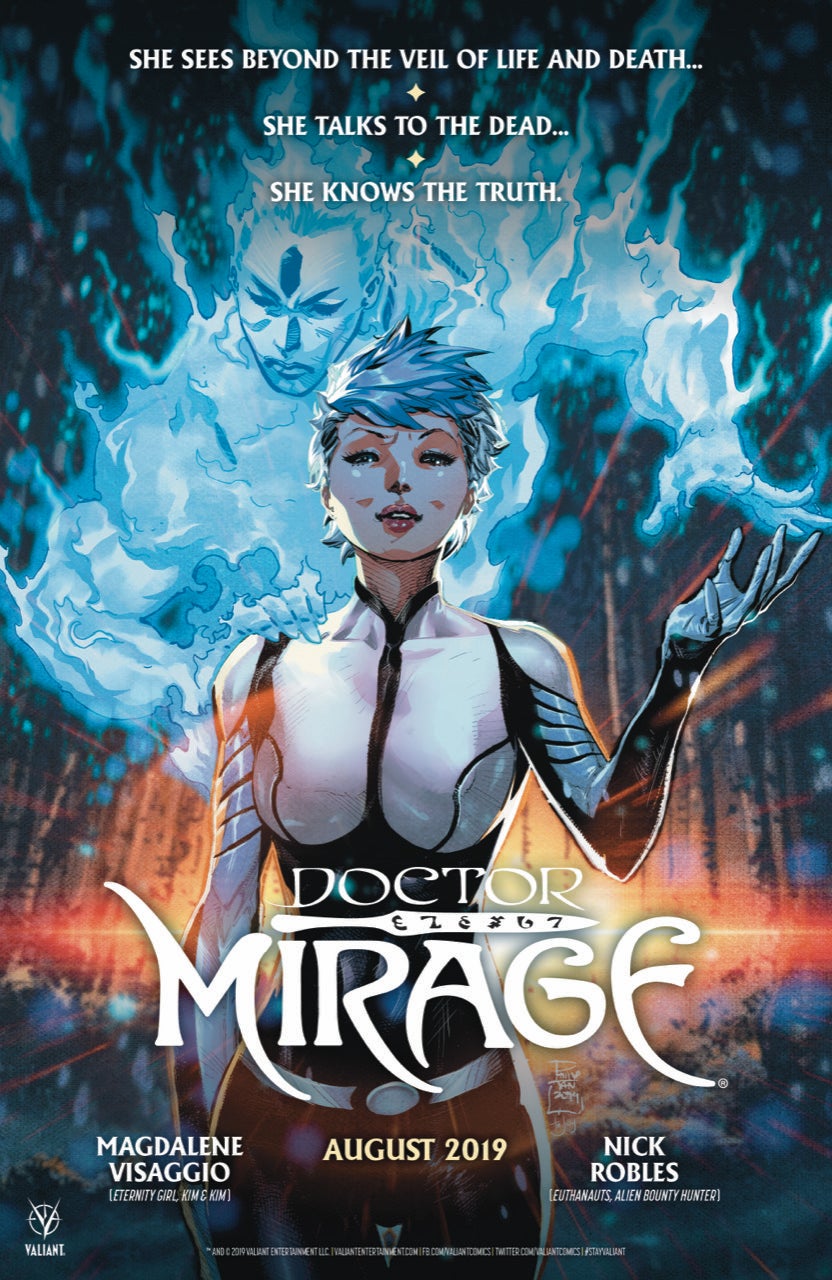 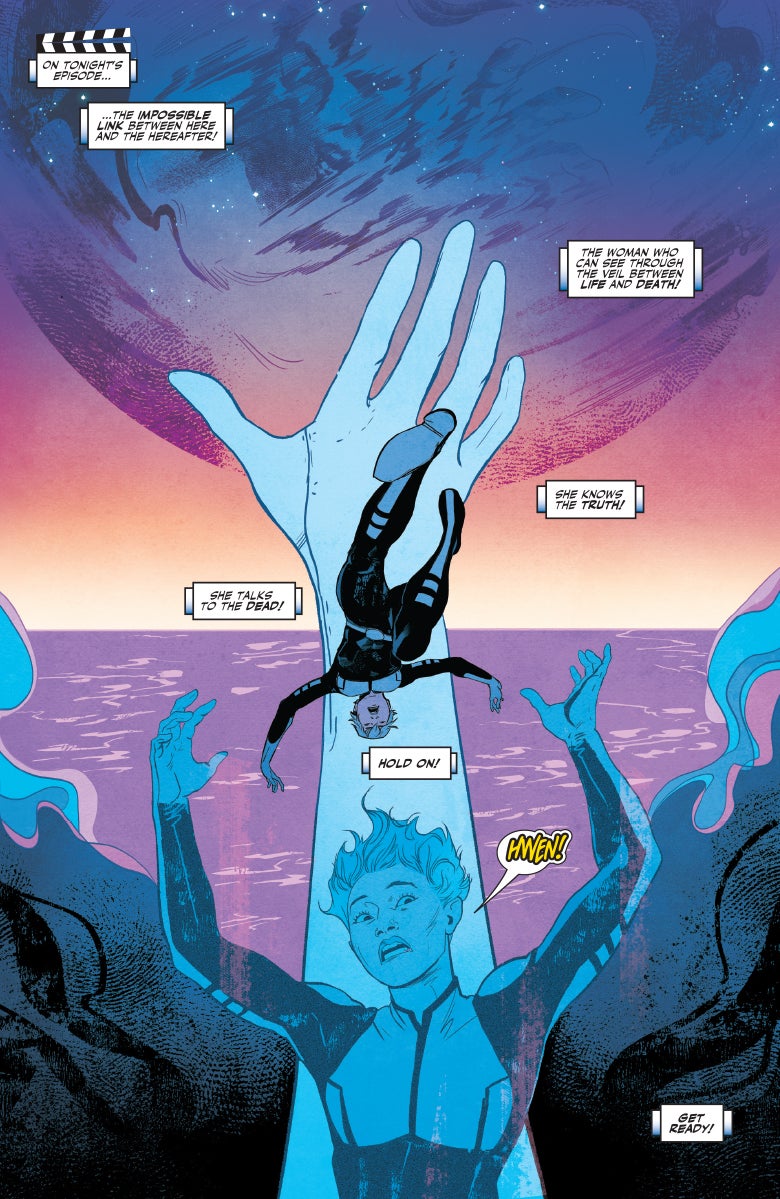 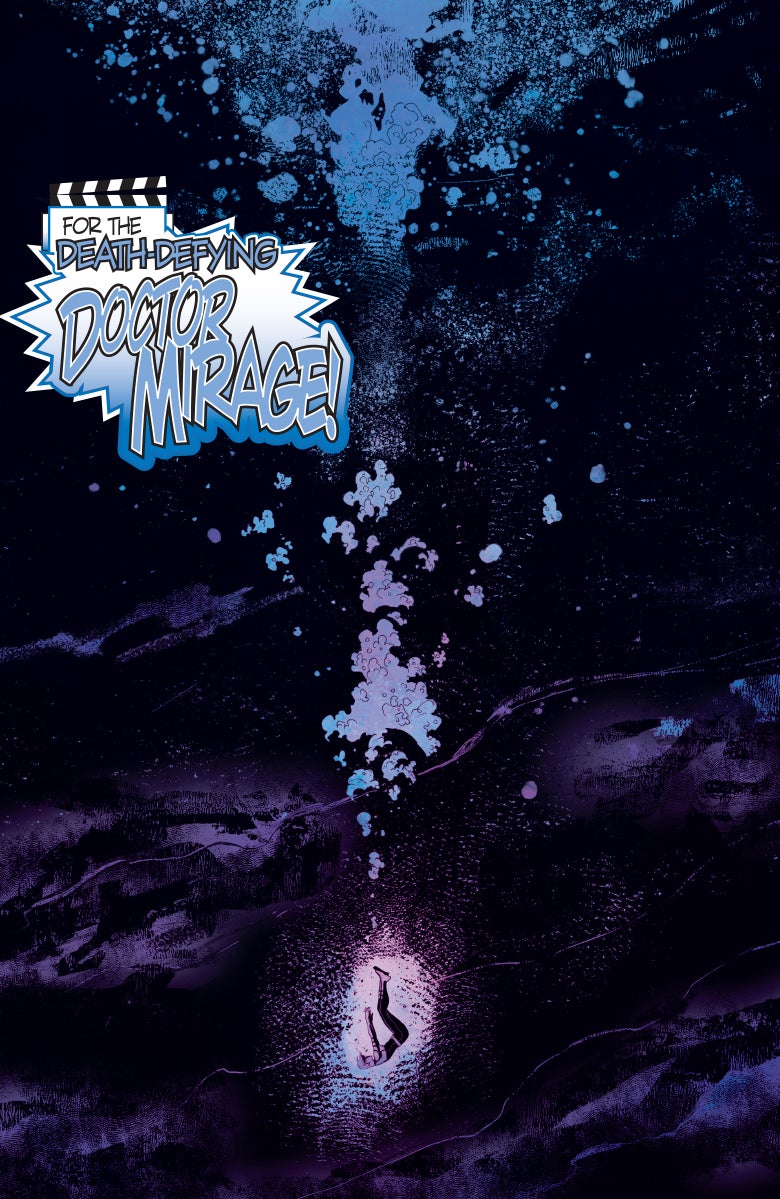 Doctor Mirage dreaming about slipping between the worlds of the living and the dead. (Image: Nick Robles, Jordie Bellaire, Valiant) 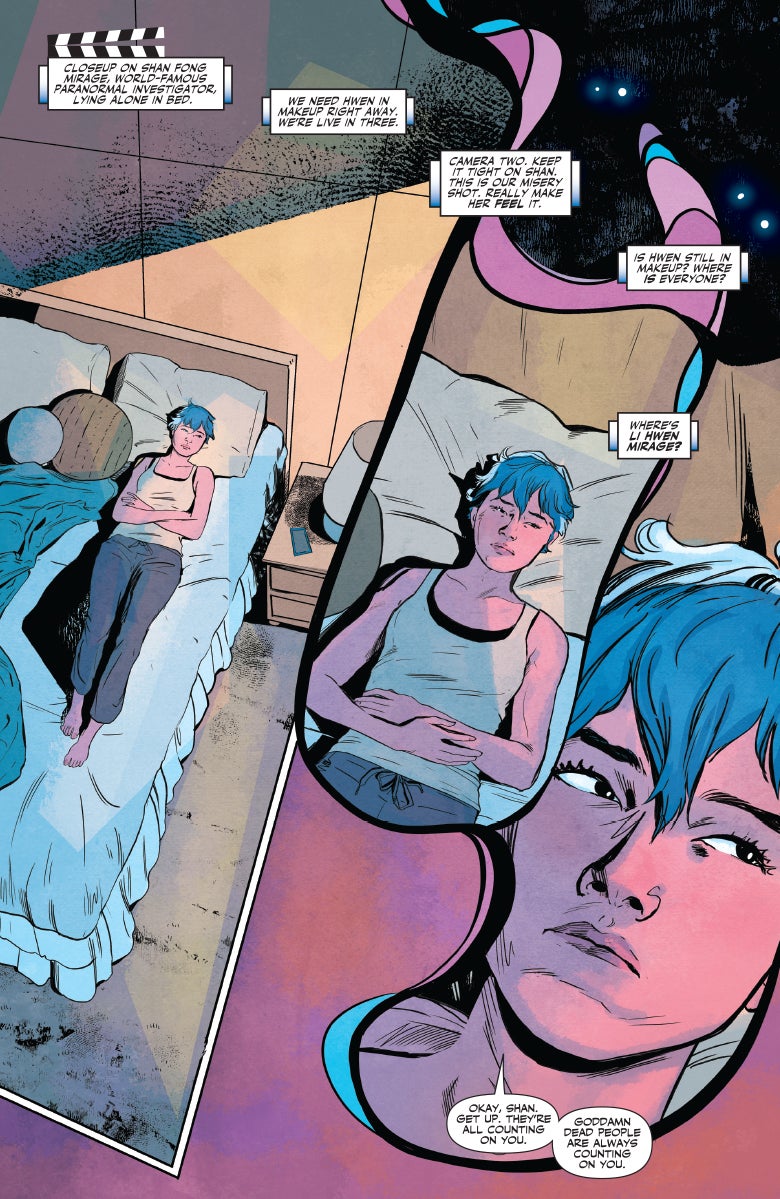 Doctor Mirage trying to will herself out of bed. (Image: Nick Robles, Jordie Bellaire, Valiant) 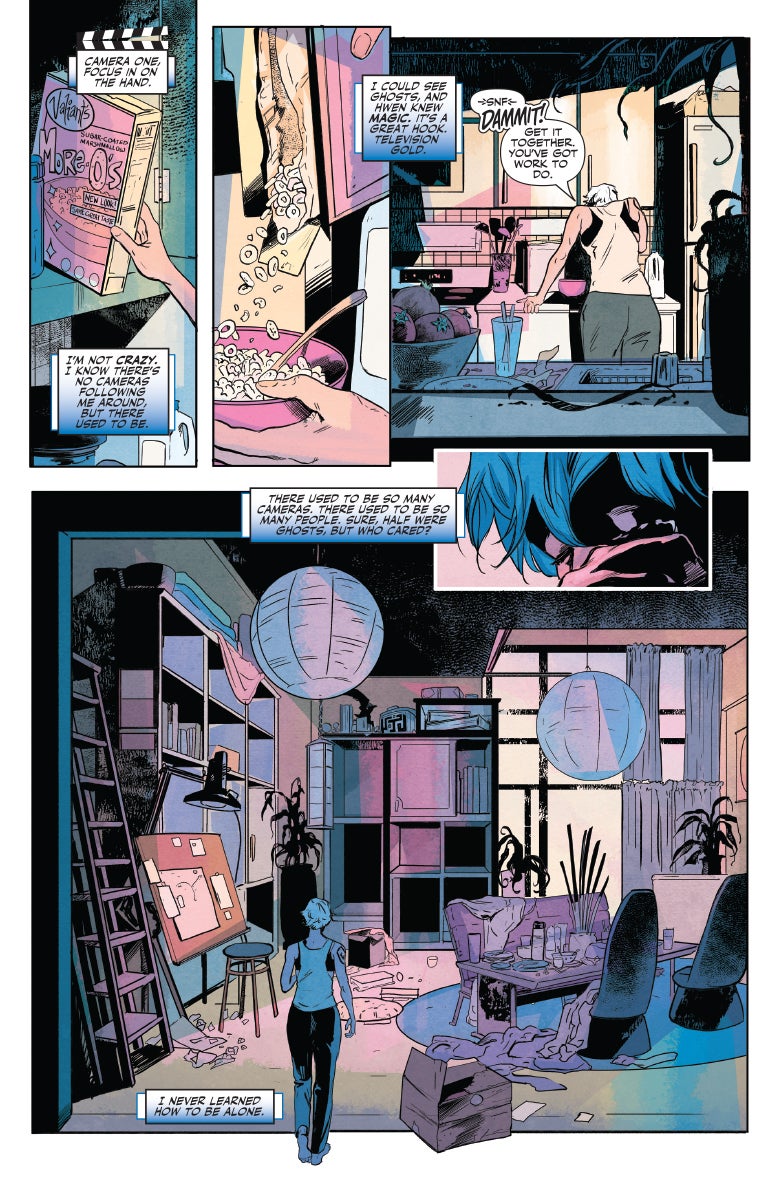 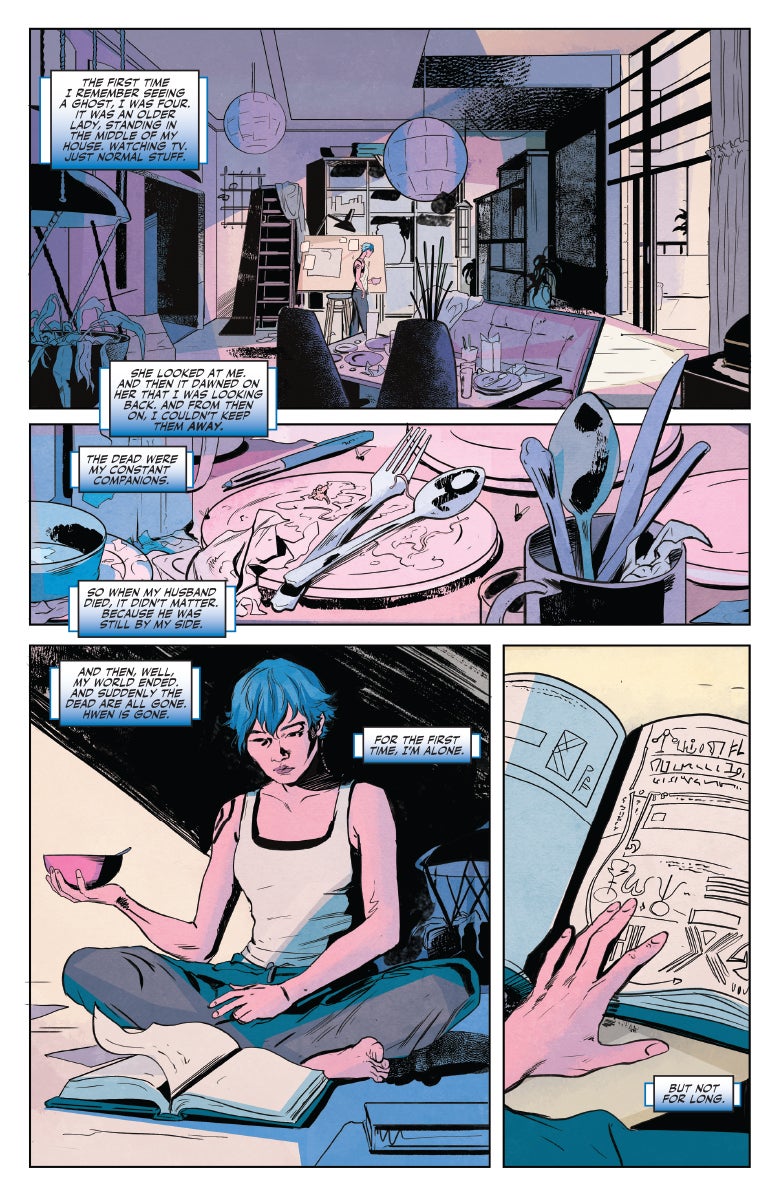 Doctor Mirage admitting to herself that she can no longer see the dead. (Image: Nick Robles, Jordie Bellaire, Valiant) 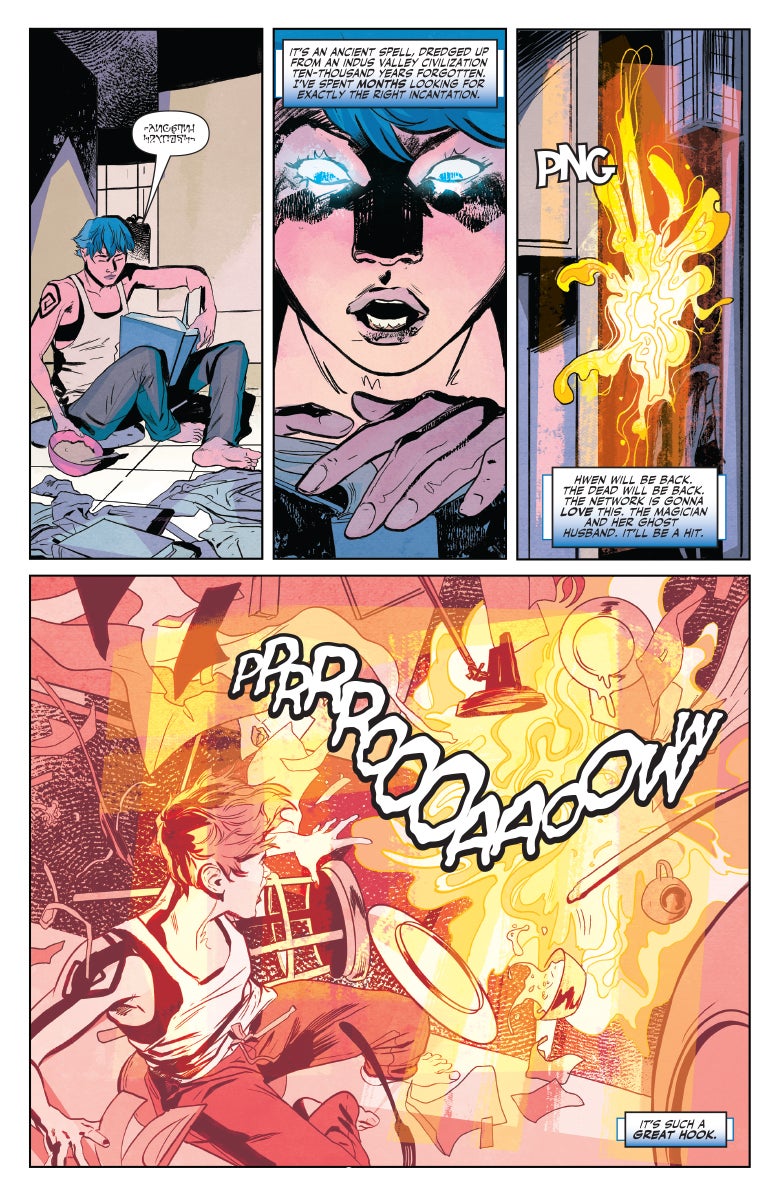