Without stuff to kill, the masses in Bethesda’s online survival game Fallout 76 tend to get restless, taking aim at one another when nothing else worth their time is available. Fortunately, this week’s update has offered up a fine distraction in the form of a public quest called Project Paradise.

The quest is located in a series of man-made biomes used for genetic testing in a new area under the Arktos Pharma plant, just south of Morgantown. Run by an automated computer system, as all things are in the world of Fallout 76, Project Paradise becomes available every so often, drawing players from far and wide into the bowels of big pharma to complete its experiments in exchange for rare loot.

It works well in part because it’s a multi-step mission inside a vast new underground environment but also because successfully completing it really does require strangers coming together and working as a team. 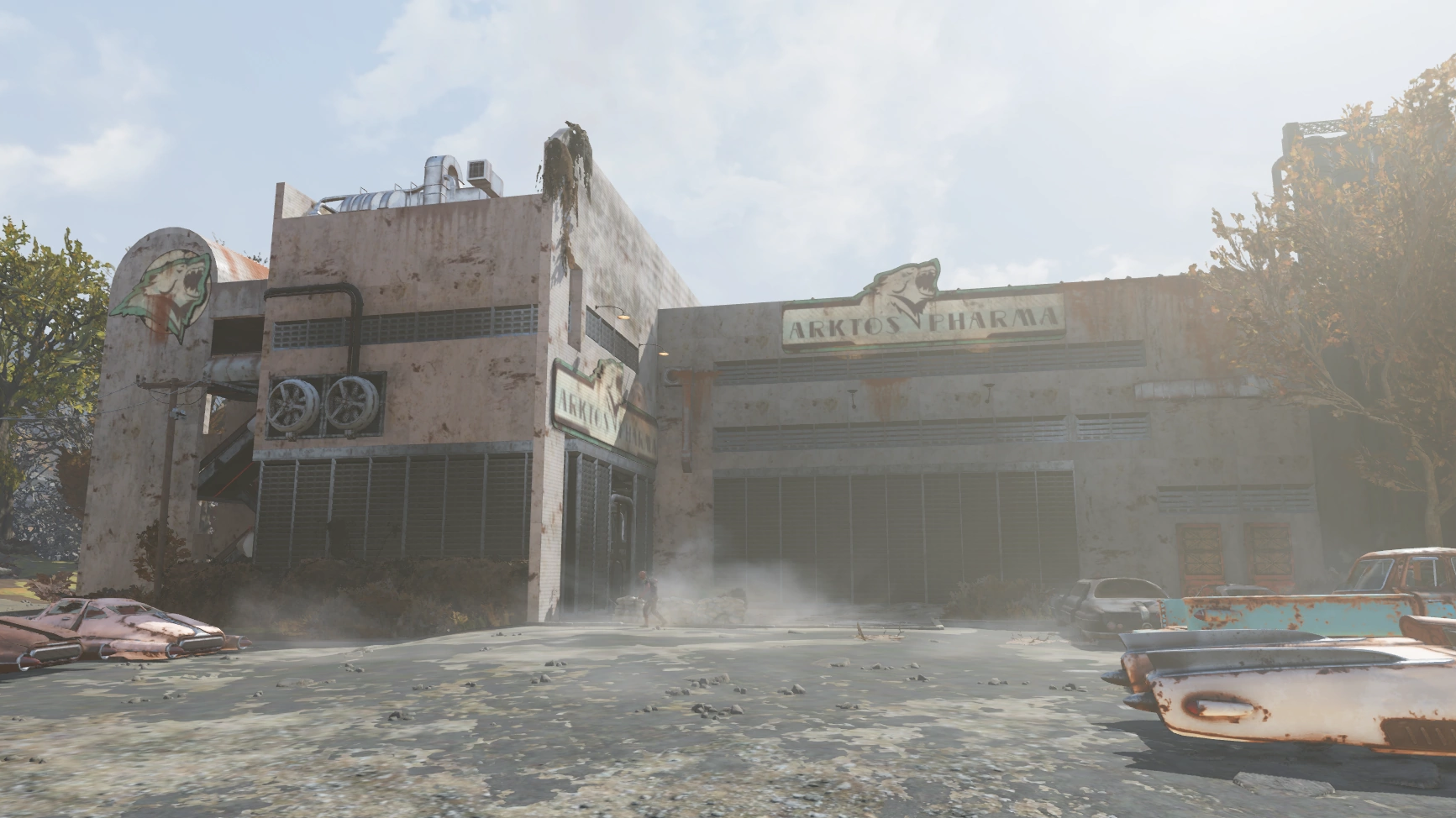 The first phase of the quest involves activating an experiment that unleashes three test subjects into their respective biomes. From there, whoever is around has a limited amount of time to kill nearby livestock and harvest plants to fill each biome’s trough with the proper food.

After the feeding period, players then need to defend the creatures against enemy attacks that come in three waves. This means having at least one player in each biome to fight off invading ghouls and robots.

The entire place is teeming with level-50-and-above Assaultrons who enjoy blasting you at point-blank range with their giant face lasers The group I was with spent most of our time running back and forth trying to revive one another while trying to take cover behind broken machinery. At one point I was critically injured and called for help, only for someone to come over, stare at me for a brief moment, and then decide to eat me to regain their health.

Sometimes you got to take one for the team. (It only takes seconds to respawn nearby and rejoin the fight.) The social aspect and the large-scale destruction go a long way toward making Project Paradise a lot more fun than last month’s more solo-oriented Burrows dungeon.

The event also guarantees players a three-star boss who drops a three-star legendary item if all of the animals are fed as much as possible, making it worth everyone’s while and encouraging teamwork to get the best possible result. It makes me wish Bethesda could go back and add similar mechanisms to trigger more difficult and rewarding versions of other public quests. 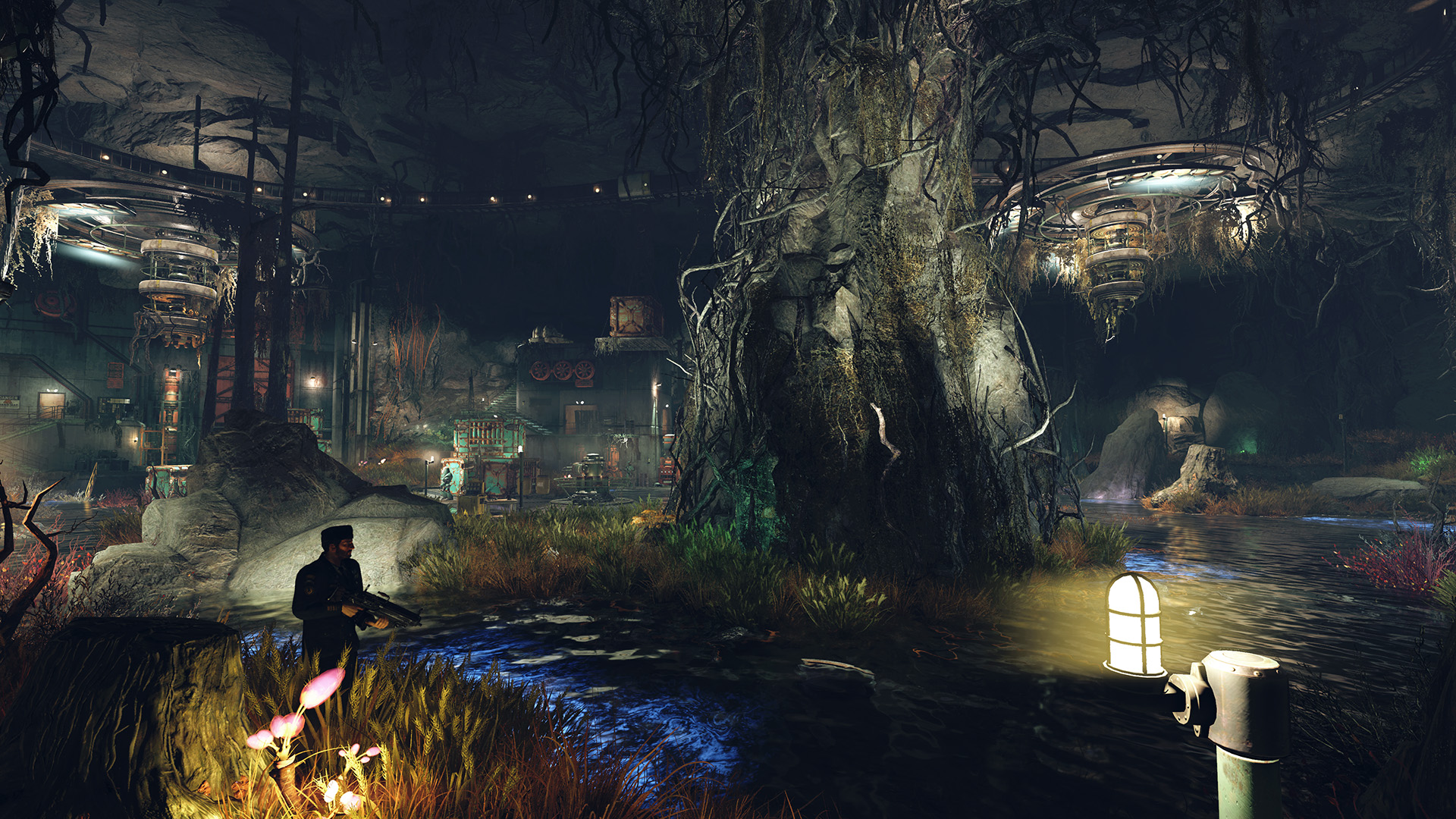 So far, the only real downside to Project Paradise, outside of the occasional bug (which currently seem more common in the underground biomes than the rest of the game), is the lack of a server-wide alert for when it’s happening. Many players have taken to constantly bringing up their map to check if the event is active as a result, with lots of calls from the community for Bethesda to add some sort of more obvious notification.

Slowly but surely, Fallout 76’s would continues to feel a little bit less empty, thanks not just to new quests like Project Paradise but also the recent addition of player vending machines, which players can use to sell items to other players.

On one server, a player had set up their camp right outside the Arktos Plant and was selling low-priced healing items to help the adventurers heading inside—Fallout 76’s version of a lemonade stand. Maybe Appalachia can get rebuilt after all.