A character model of Lev from The Last of Us Part 2 (Screenshot: Naughty Dog)

For Honor Players Can Now Use Lightsabers

For Honor players found a nice surprise when they booted up the game recently. Lightsaber-looking weapons are now accessible in the game after the last update. The timing isn’t random.

As spotted by Polygon, legally, these aren’t actually lightsabers. Instead, players’ swords, spears, and other various weapons have been given a green, red or blue glow that looks a lot like a lightsaber blade. They also make lightsaber-ish noises, but not the same noises. 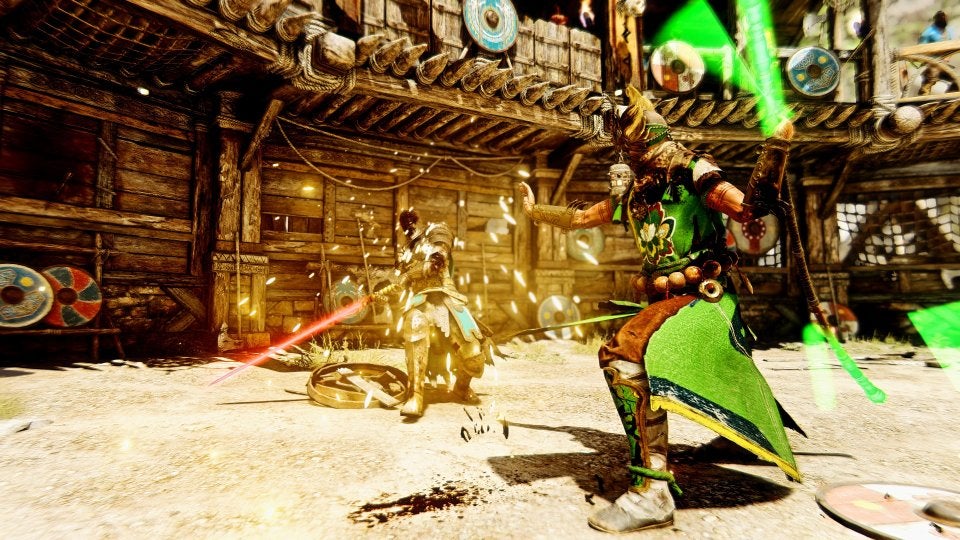 You don’t want to mess with around with Disney lawyers, so it seems Ubisoft has made sure these “laser swords” are distinct enough from lightsabers.

Players on the For Honor subreddit have already started creating cool images and videos using the new laser weapons. A lot of popular Star Wars fights are being recreated in For Honor as we speak.

Ubisoft hasn’t said yet how long the lightsaber effect will stick around, so if you really want to use a giant laser ax, you might want to jump into For Honor sooner than later.