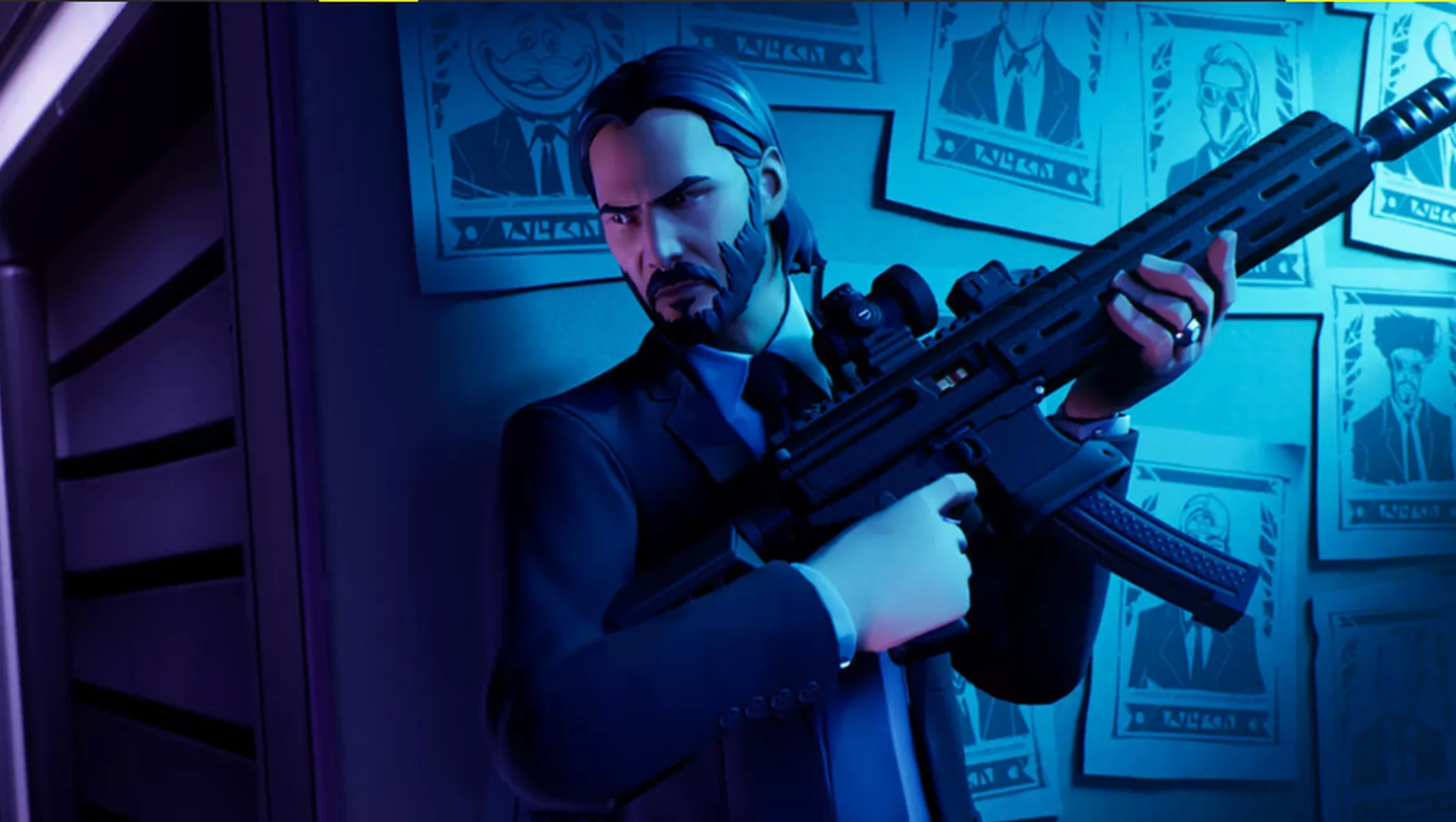 Fortnite Battle Royale is having a tie-in event with the movie John Wick: Chapter 3 – Parabellum, offering a limited time mode and sleek new skins. The mode, called Wick’s Bounty, doesn’t feel like it has much to do with John Wick — who I once saw kill three men in a bar with a pencil — but it is packed with more than enough gunfights to spice up your Fortnite matches.

Considering how much of a one-man army the titular assassin is in his films, I thought a John Wick-inspired mode would play something like Fortnite’s recent limited time Avengers mode against Thanos. Would one person get to be Wick, blazing a path through the rest of the pack with intense gun tricks? Not quite.

Wick’s Bounty is a team mode with limited respawn and a unique scoring system. Killing players earns tokens, and the goal is to collect a set amount of them. As teams amass coins, the top three teams’ locations become visible on the map. If you want to get the most coins, it’s best to target the top dogs and steal all their coins. 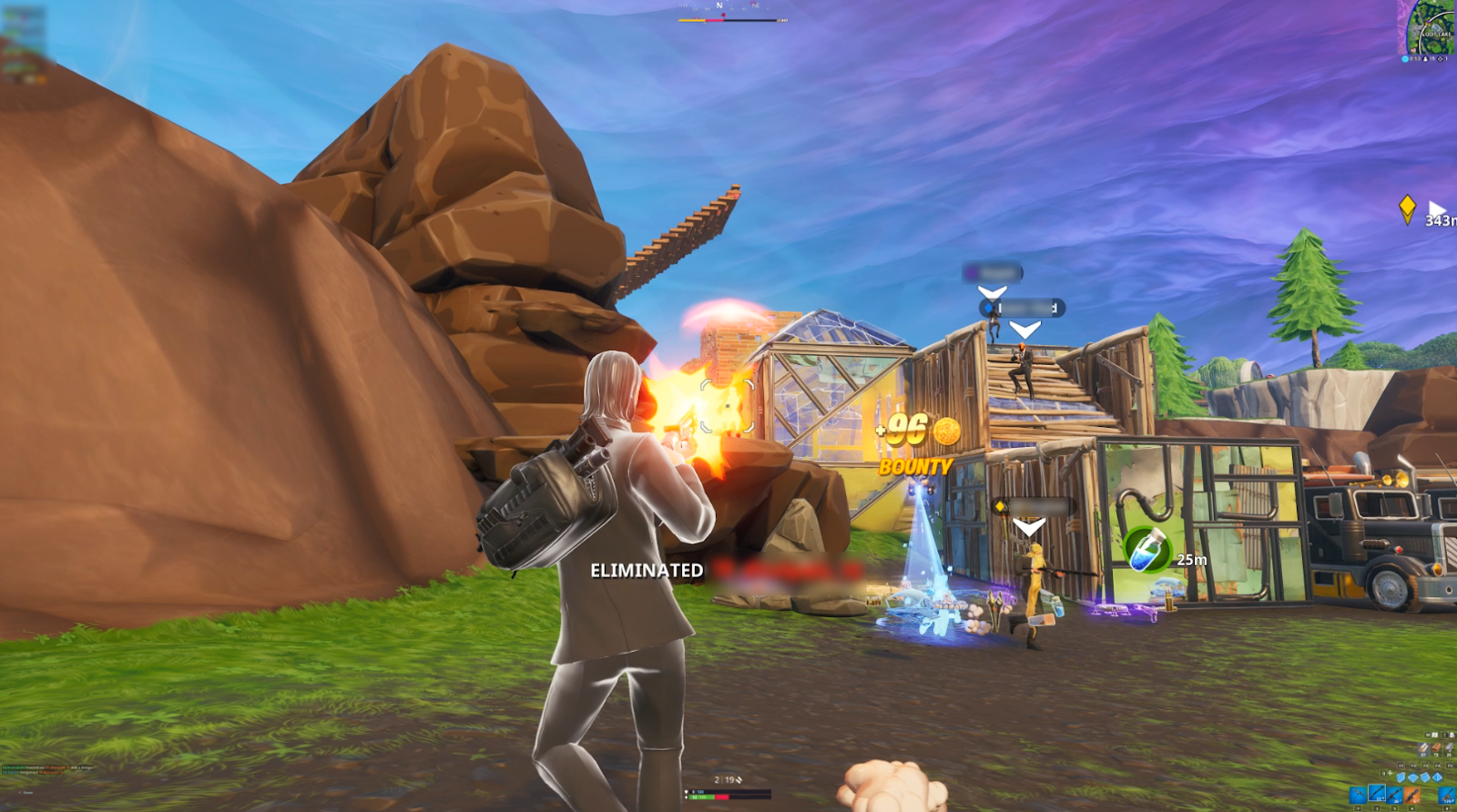 There’s the possibility for tactical decisions, deciding if you should chase top teams right away or leapfrog off the progress of other squads, stealing their coins to keep a modest pace. Knowing where some of your enemies are means that it’s possible to set up for ambush or cut them off as they traverse the map. That didn’t happen for me much, at least while playing with random squadmates.

Instead, matches tended to sprawl out into large, multi-squad battles. You keep your weapons when you die, so respawning continues the chaos. It’s fun, since Fortnite is fun, but it didn’t necessarily need to be tied into a Parabellum’s promotional marketing. You could call it Crazy Coin Carnage or something and it really wouldn’t make that much of a difference.

The most direct tie-in with John Wick is the addition of a John Wick skin and special sledgehammer in the Item Shop. (A hotel in Tilted Towers is now a Continental establishment as well.)

The sledgehammer is a sly nod to a scene in John Wick where John smashes into a hidden compartment to grab gear for his rampage against some dog-killing mobster jerks. The John Wick skin bears Keanu Reeves’ likeness and has two different appearances: smooth and disheveled.

It’s a curious piece of marketing: One of Fortnite’s earlier skins was a suit-wearing man called the Reaper. He had a bushier beard but was a clear reference to John Wick. Now, players can just be Wick… if they are willing to spend 2,000 V Bucks. 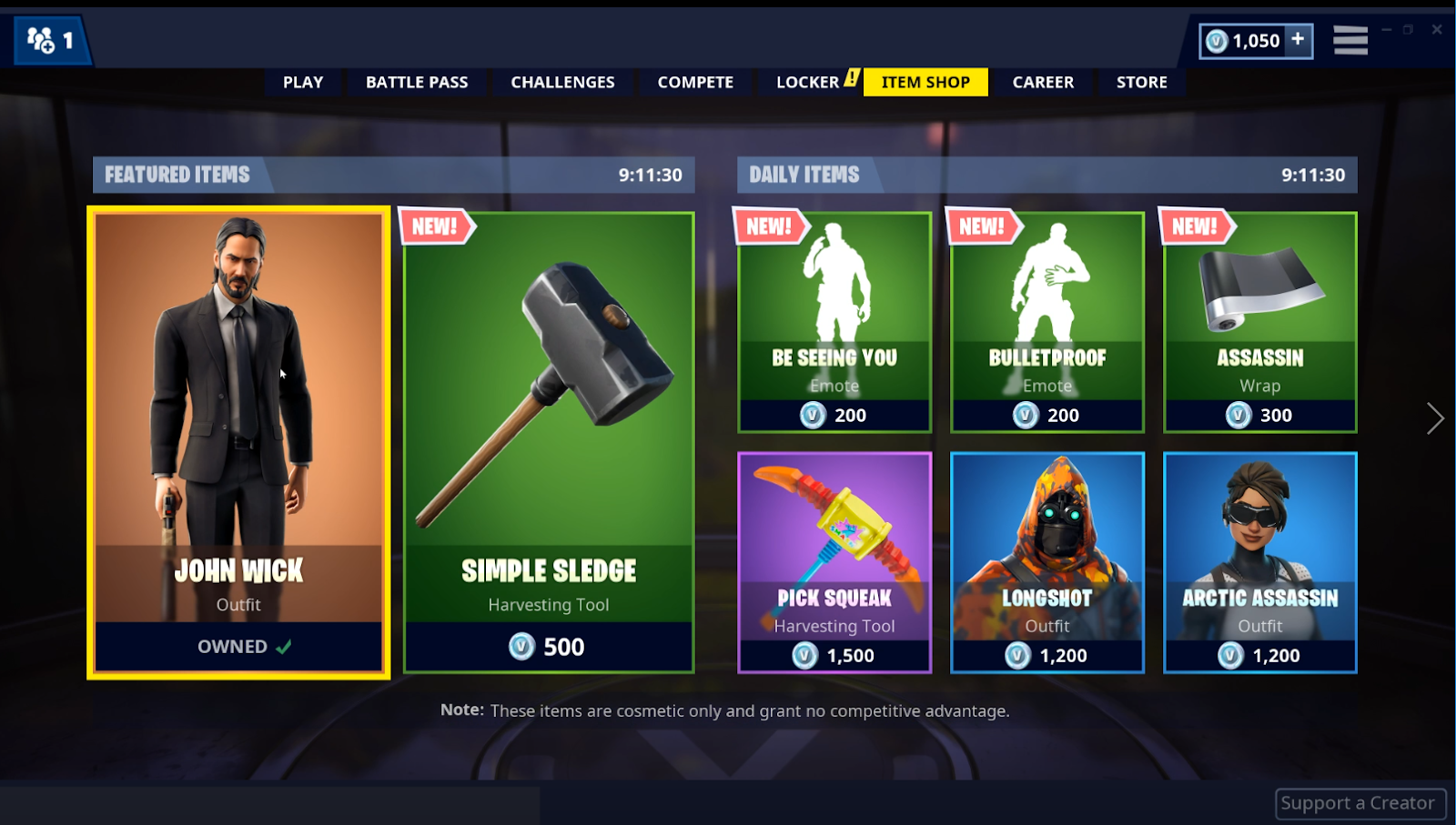 In terms of capturing the feel of a John Wick film, Wick’s Bounty doesn’t really cut it besides giving everyone a nice suit. However, it’s still enjoyable on its own. There’s chances to enact sneaky strategies, and knowing where the top team is invariably draws players into huge gunfights. It’s mostly standard Fortnite fare, but it’s still enjoyable.