Fortnite’s vault opened today in Loot Lake, after weeks of chasing runes across the map. There were conflicting opinions about what it would do, but it seems to have done…everything?

At 5 AM AEST, the countdown over Loot Lake ended, the sky darkened, and the vault opened. Jumping into the brightly-coloured pit sent players to a world where vaulted items like planes and the Infinity Blade were encased in stone.

Players attacked the stone, steadily chipping away at it until one item—in my case, the drum gun, which seems to be universal — was released. After that, players were transported into the air, where the volcano erupted, sending flaming rocks across the map. One of the rocks landed at Tilted Towers, turning it into a pile of ash. Rocks landed in other parts of the map, destroying them as well.

I haven’t visited the other areas that have been destroyed, and it’s unclear if they’ll stay that way. When I jumped into a solo match once the option became available, Tilted was still a smouldering hole in the ground. I’d always hoped this day would come, but I’m surprised to find myself feeling sad anyway. 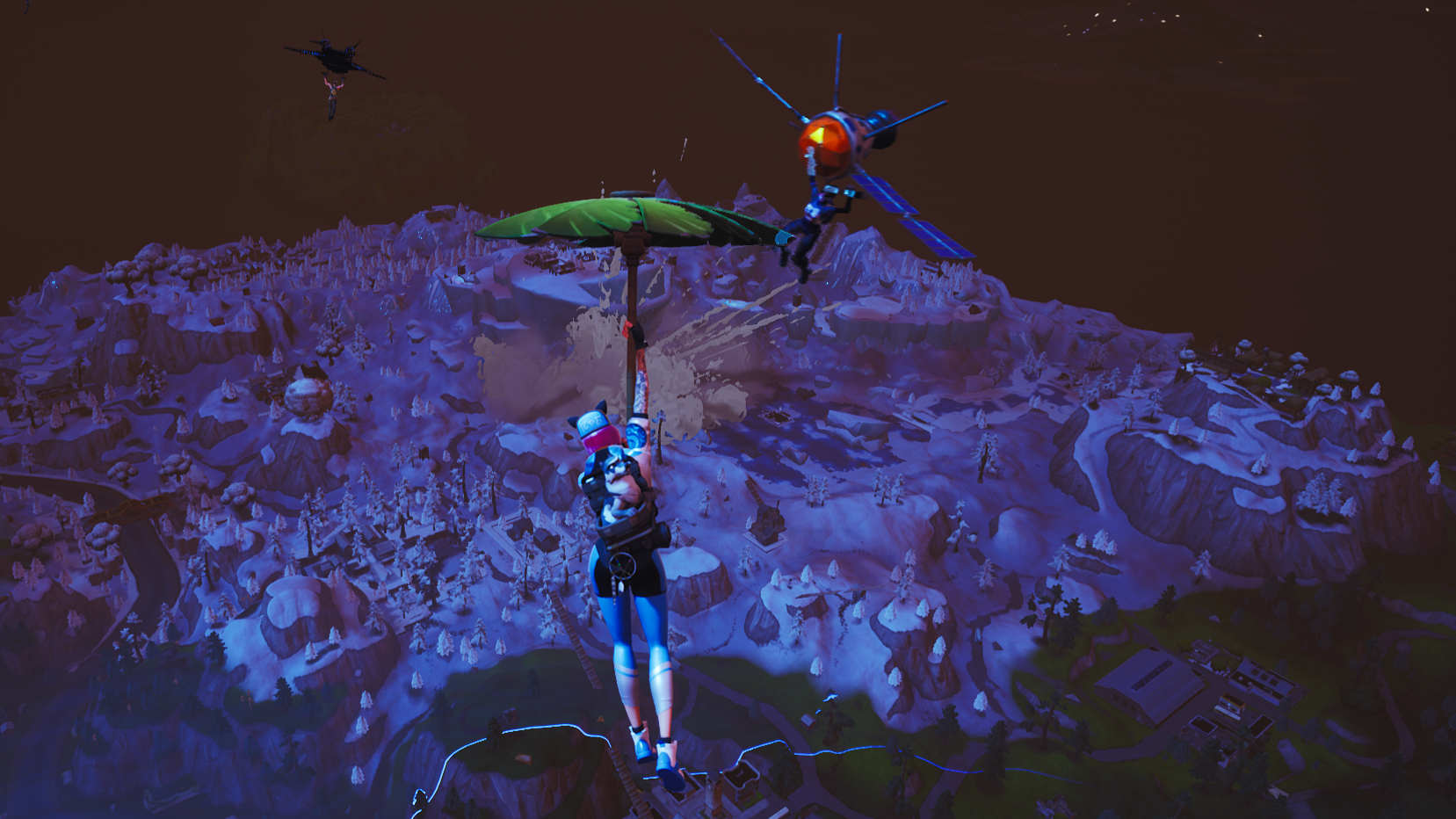 The event has been building since March, with the appearance of several excavation sites around the map. In mid-April, a bunker appeared in the middle of Loot Lake, previously the home of Kevin the Cube. After that, a strange rune-like hologram appeared on the bunker, which matched a symbol found on a floating pedestal near Fatal Fields.

Over the next few weeks, various pedestals and runes appeared, which players had to interact with in order to get them to move to the Loot Lake bunker and lock into place. One rune took damage, another required players to dance before it until a meter was filled, and another required solving a sequencing puzzle.

It’s been unclear what these runes would do. While all this was going on, Fortnite’s volcano started smoking more. Later rune activation caused images of items removed from Fortnite, such as planes and the grappler weapon, to appear on television monitors surrounding the Loot Lake bunker.

There were more different elements than in previous Fortnite events, leading to lots of speculation. Some players thought the runes heralded the eruption of Fortnite’s volcano. Others thought the rune bunker would lead to a new map. It seems we all got what we wanted, but we’ll see what comes next.