Game Of Thrones Is Starting To Make Less And Less Sense 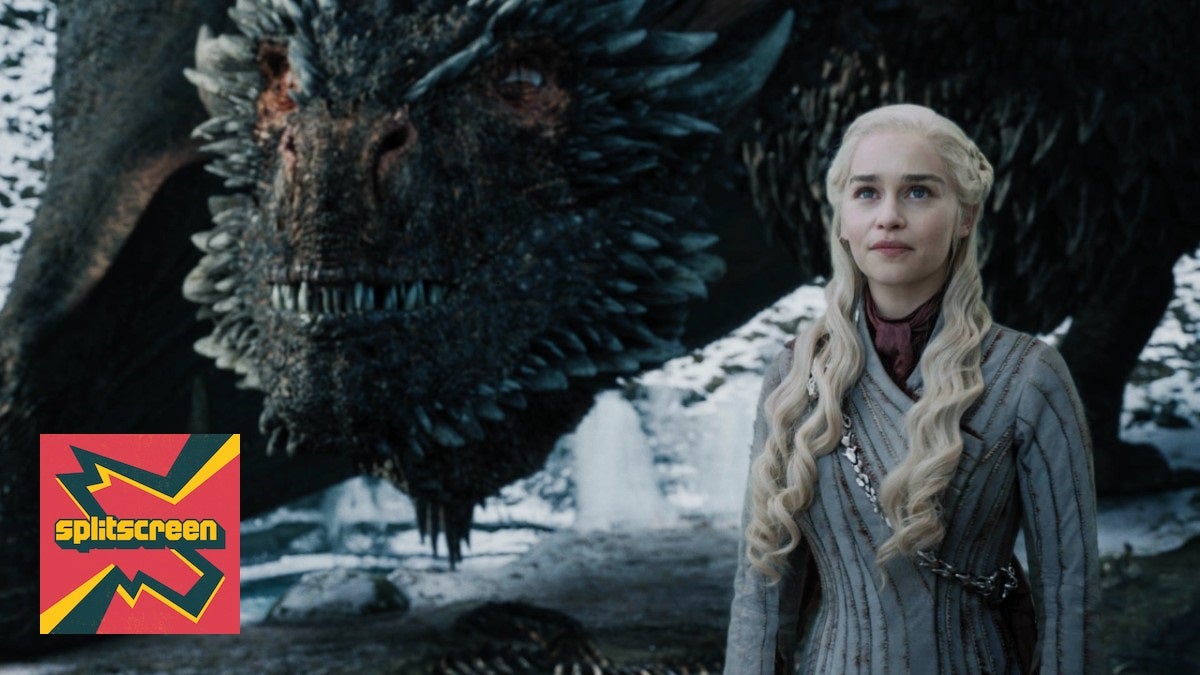 Why is everyone on Game of Thrones making so many bad decisions all the time? Are the showrunners just sick of it? And why will nobody pet Ghost? This week on Kotaku Splitscreen, we discuss.

This week, Kirk and I talk about “The Last Of The Starks,” the fourth episode of Game of Thrones season 8, which will be over in just two weeks. We talk about what we liked (Bronn! Varys and Tyrion plotting!) and didn’t like (way too much!) while recapping this feature-film-length show that packed like three episodes worth of content into a single week.

Also, seriously, Daenerys’s encounter with Euron might be the dumbest thing to ever happen in eight years of this show. How did a woman flying on a dragon get ambushed by a fleet of ships? How did three ballista shots hit a moving target and immediately kill one of the most powerful creatures in Westeros?

Why did Daenerys not circle around back and light them all on fire? Why does it feel like the only way to enjoy this show is to not think about it?

Ultimately, it’s become clear that the showrunners are writing with specific scenes in mind rather than letting the story move organically based on the characters’ decisions, and it’s transformed Game of Thrones from something special to something that’s just bleh. It’s so sad. Almost as sad as Jon not saying goodbye to Ghost.