Over the last few weeks, Rockstar has been adding new missions to Grand Theft Auto Online based around repossessing, selling and stealing vehicles. Most new GTA Online content often focuses on PvP action, grinding tasks for a new business or racing against others.

These latest missions are a return to the simple missions the game first launched with, and they’re also filled with cool and creative moments that currently make them some of the most fun things to do in GTA Online, either alone or with others.

These new missions are given by Simeon, one of the original and oldest GTA Online mission-givers. They all involve players working for Simeon and stealing, destroying or saving exotic and expensive vehicles for his business.

It’s a narrative setup that GTA Online has used multiple times in the past, but it also reminded me of the earlier days of the game, before I had 30 cars, multiple businesses, a private military, and a fancy night club. I’m nostalgic for the less over-the-top and wacky GTA Online from years ago, and these missions scratch that itch.

A total of eight missions have been added over the last three weeks. One asks players to steal cars using a helicopter, another tasks players with saving burning cars using a water cannon, and another has players solving a puzzle made out of vehicles. 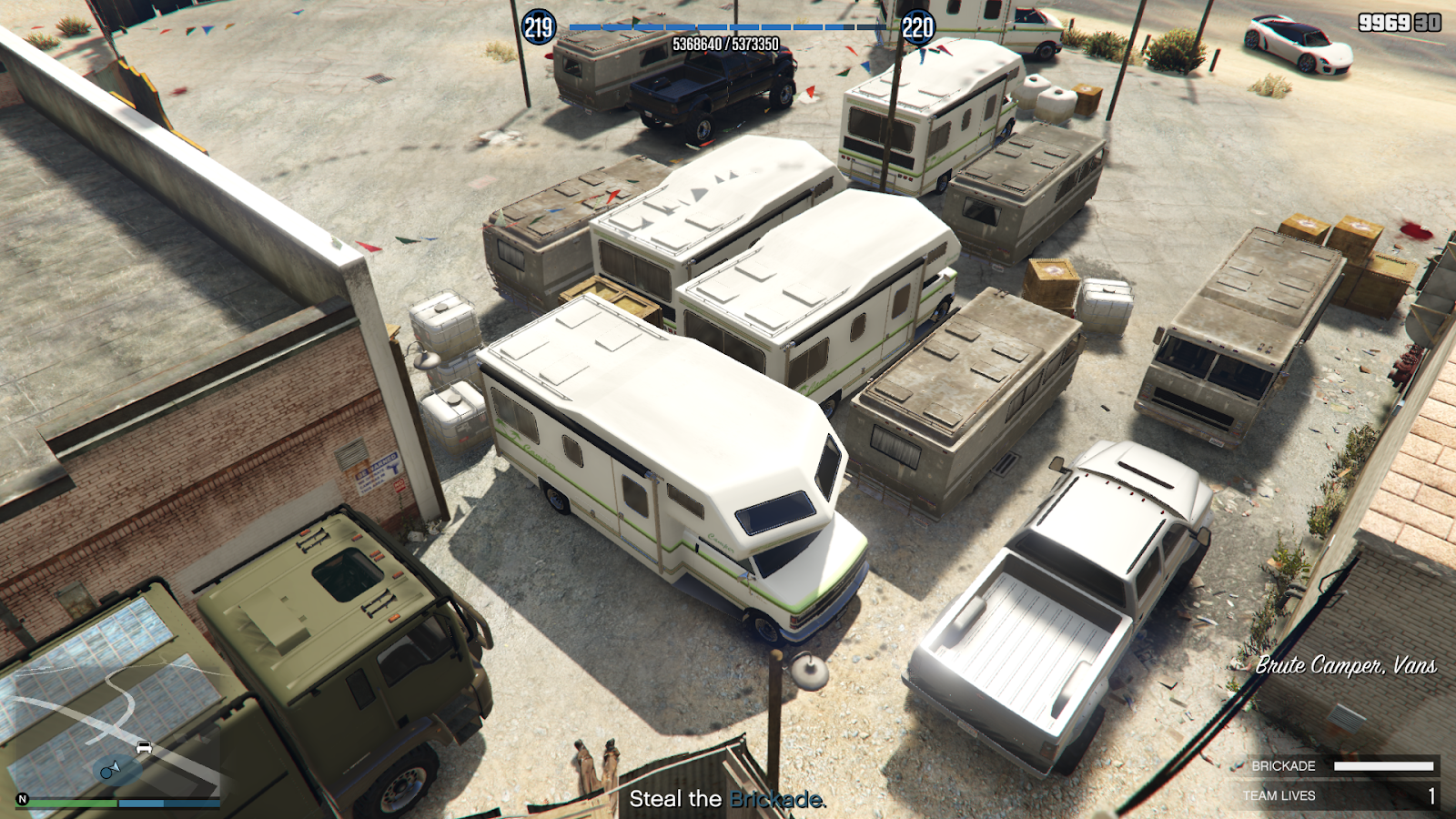 My favourite mission, R.V. There Yet, is about stealing a large armoured truck that is parked in the middle of an R.V. dealership lot. Using some vehicles and specially added unmovable props, you have to move the RVs and trucks in a certain order to finally free your armoured vehicle. Alone, this puzzle is a bit tricky, as enemies will spawn and shoot at you.

With others, this puzzle becomes a fun moment of teamwork, as players need to coordinate when to move R.Vs and when to focus on enemies shooting at them. I can’t think of another GTA Online mission that used cars like this, and I would love to see this level of creativity continue in future missions and events.

Another standout mission, Under The Hammer, highlights how most of these missions seem to have been built for both groups of players and lone wolves. This mission has players stealing a giant monster truck and then using it to run over parked and moving cars. The moving cars are dotted around the map, while the parked cars are grouped in a few areas.

This means a team of players will most likely split up, with one player using the big truck to crush parked cars and other players chasing after the moving targets. However, playing this mission alone still works. Chasing down cars in a big monster truck is a lot of fun, as is crushing the parked cars.

One really fun mission, Burn Rate, has players doing something you rarely do in a GTA game: stop criminals. Players steal a firetruck and head over to the southern San Andreas docks. Once there, you use the truck’s water cannon to save cars that have been set on fire by a rival gang. You can even use the water cannon to knock down and kill enemies. The firetruck doesn’t get much use in GTA Online, and it was nice to see a mission built entirely around it. 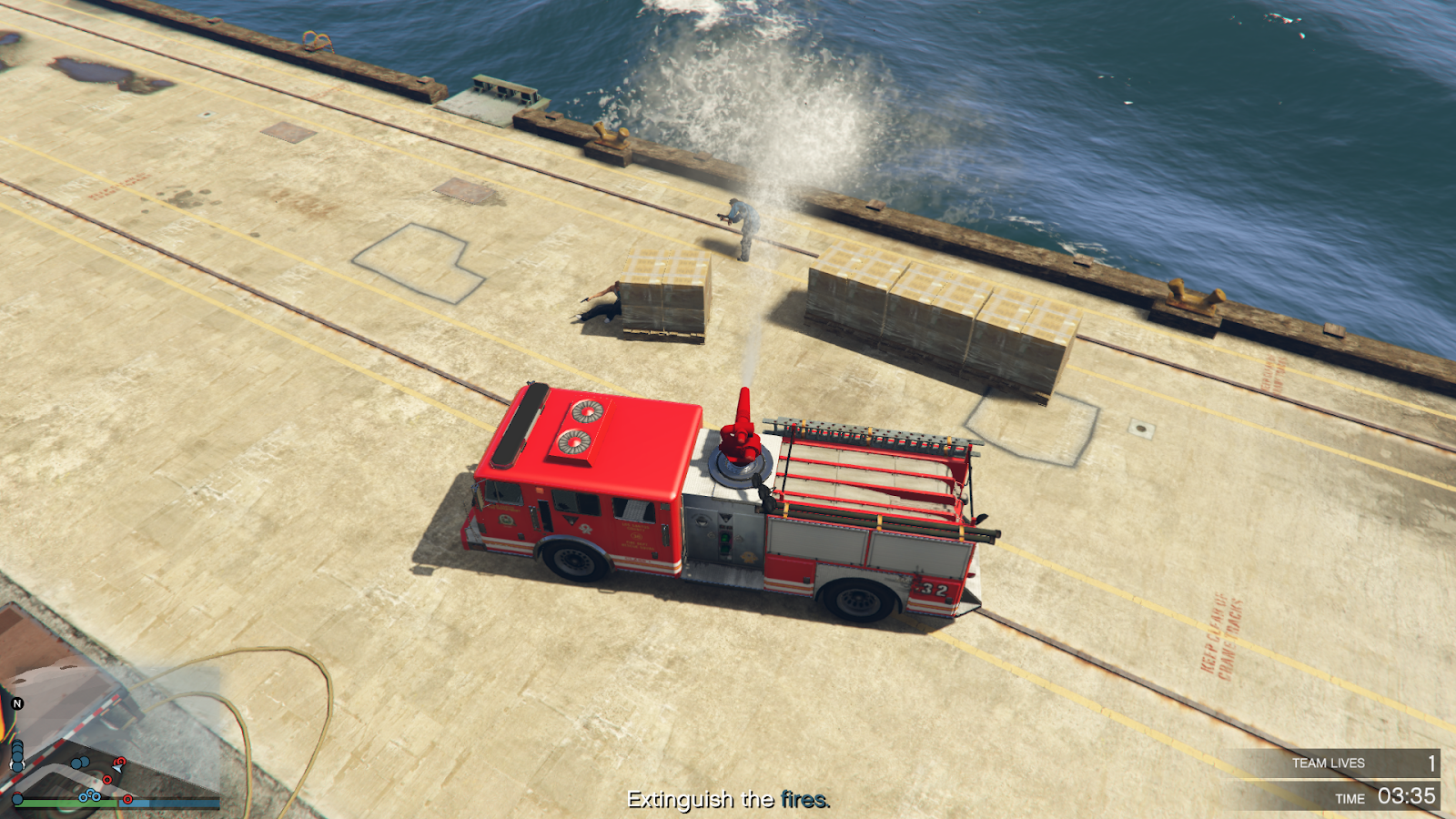 Other missions are a bit more simple, but still fun to complete. A few missions have you breaking into areas and stealing incredibly fast cars. For newer players who don’t have a lot of money, these missions are a great way to experience some of the better cars in the game without spending any cash.

There are two missions in this batch of new content that require players to team up with at least one other player, including a mission where players use a Cargobob helicopter to steal cars from rich people’s homes. In this mission, the cars are parked inside garages or near houses.

This makes it nearly impossible to safely pick up the cars using the hanging hook on the bottom of the Cargobob. Another player on the ground needs to hop walls and locked gates and move the car into a better spot. It’s a great mission but is clearly built for a group of players as opposed to the solo player. 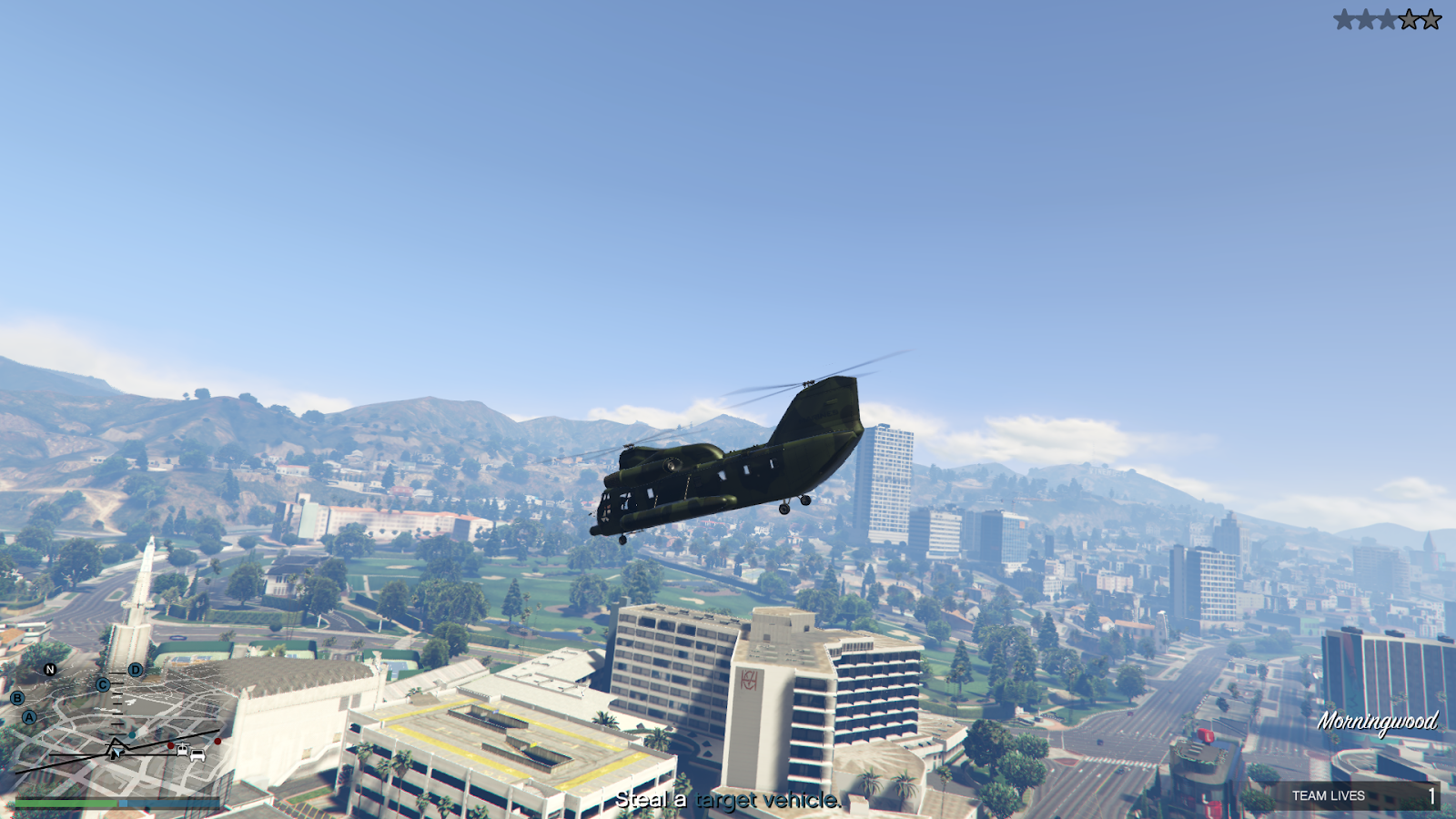 These missions are a perfect mix of simple action, fast driving, fun moments and creative twists. I’d like to see more missions like them—I miss when GTA Online was more grounded in reality, focused on working together with friends to complete short missions full of shootouts and car chases.

As more hoverbikes, jetpacks, and businesses have been added into the game, it has started to feel less like an online Grand Theft Auto game and more of an open-world-MMO focused on mayhem. I love all the wacky and wild stuff. But I’m happy to put away my hover car and laser rifle and get back to doing some classic GTA.