Hasbro’s Made Some Fine Overwatch Action Figures, Except For Reaper

I do not play Overwatch that often, but I adore Blizzard’s character designs. While core players get excited about the gameplay potential of a new character reveal, I can’t wait to see what outfit the new addition is wearing. I love the little details, like Lucio’s weird frog shirt or the sweet gradient on Tracer’s leggings. Hasbro has captured the bits I love quite nicely.

First, let’s talk about my main. As I said, I don’t play Overwatch often, but when I do, I play Reinhardt. As a very tall person, I can relate to being a giant among tiny people, right down to the urge to protect those tiny people whenever possible. 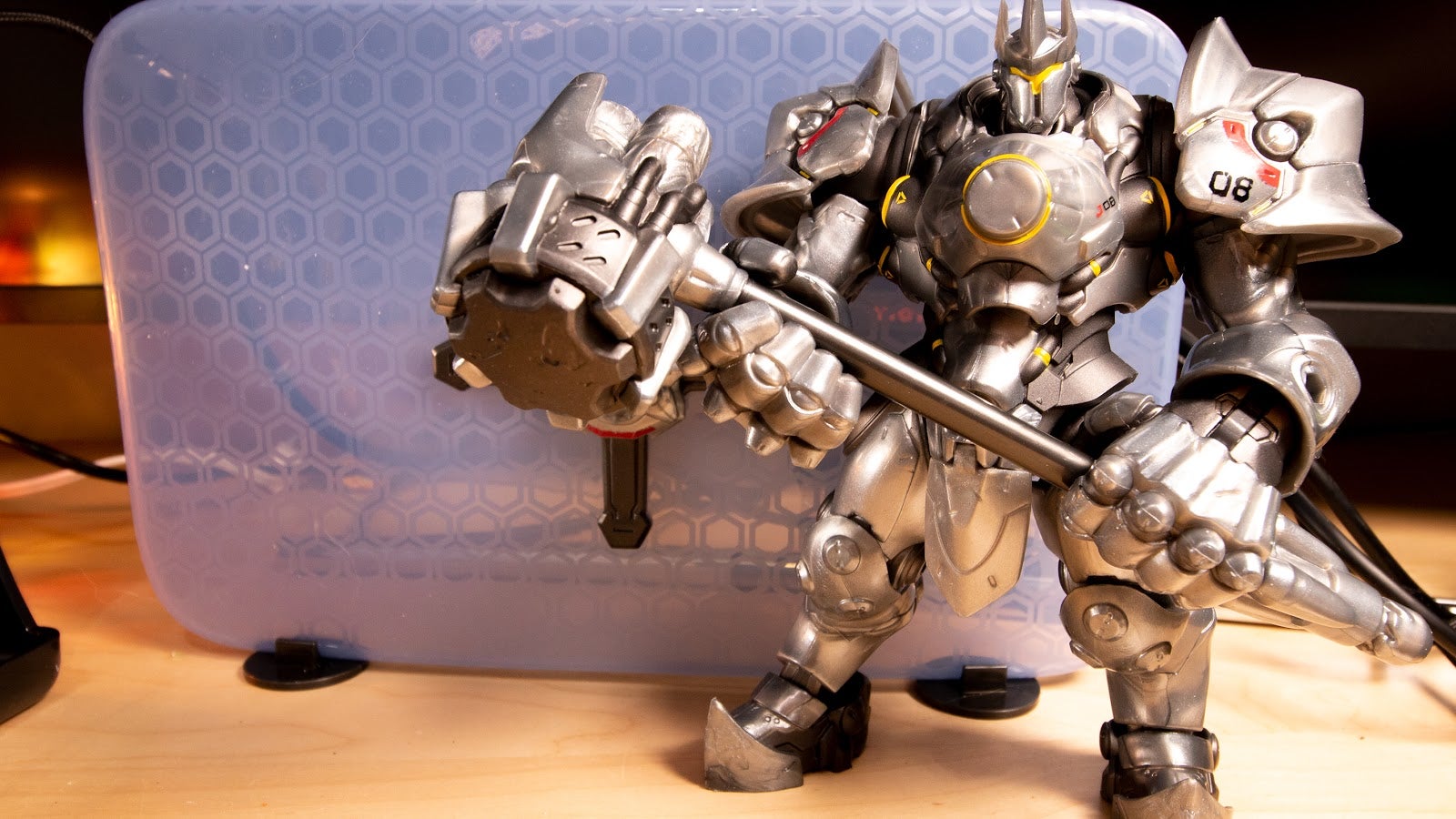 Hasbro’s Reinhardt is not tiny people. He is a massive beast of a man in a mech suit, weighing close to two pounds. While the rest of the figures in the line retail for around $30 a pop, Reinhardt comes in a very large box all by himself and costs $71.

Part of the reason for the large packaging is his shield. Taking up the entire back of the box, Reinhardt’s deployable shield is a translucent thing of beautiful. It’s like buying a large action figure and getting a microwave-safe serving platter for free. 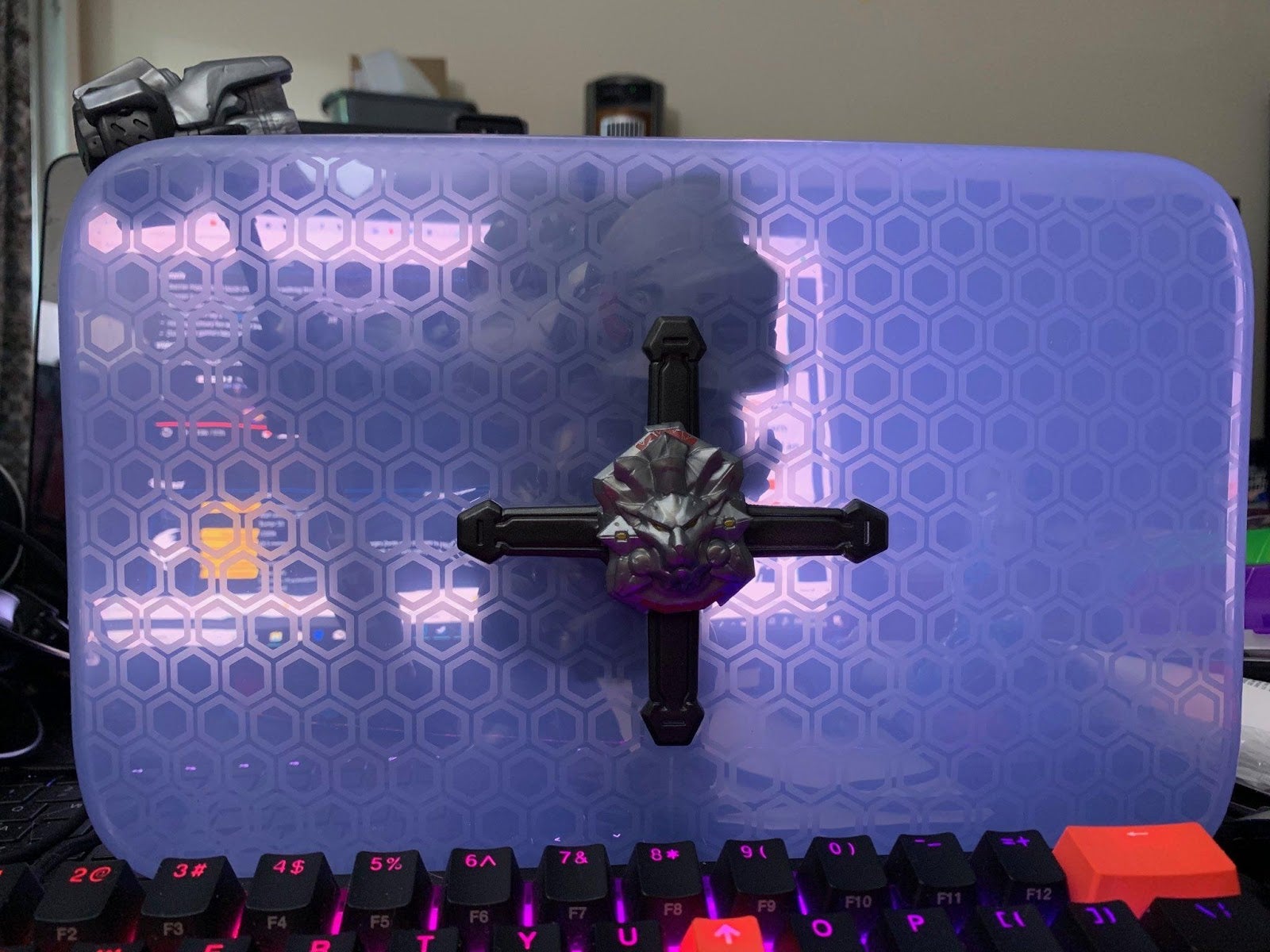 Probably, though, the main reason he costs so much is his bulk. He is a big boy. I love him. Tracer also loves him. 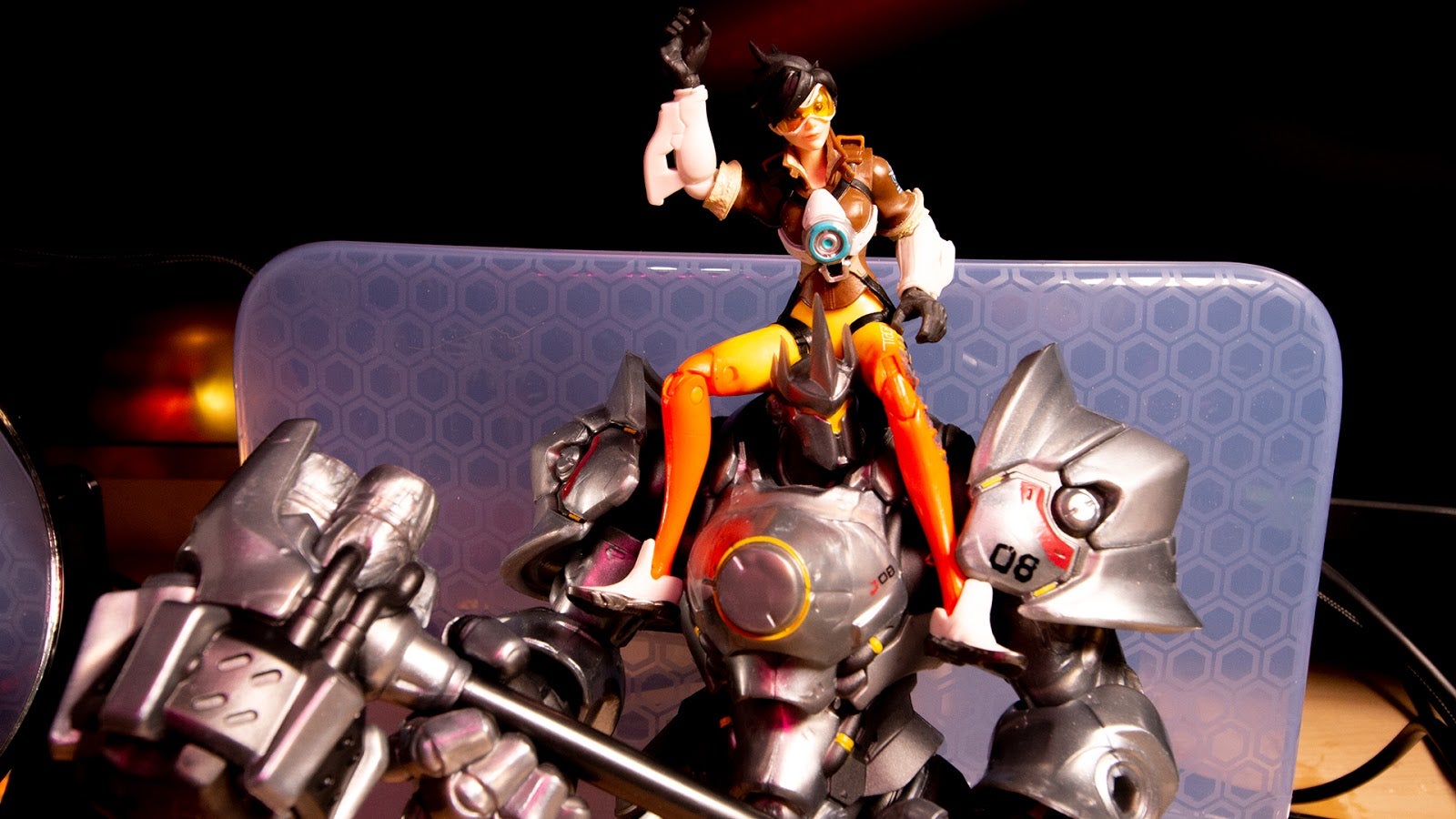 Tracer, packaged by her lonesome, comes in a much smaller box. It can barely fit her personality. 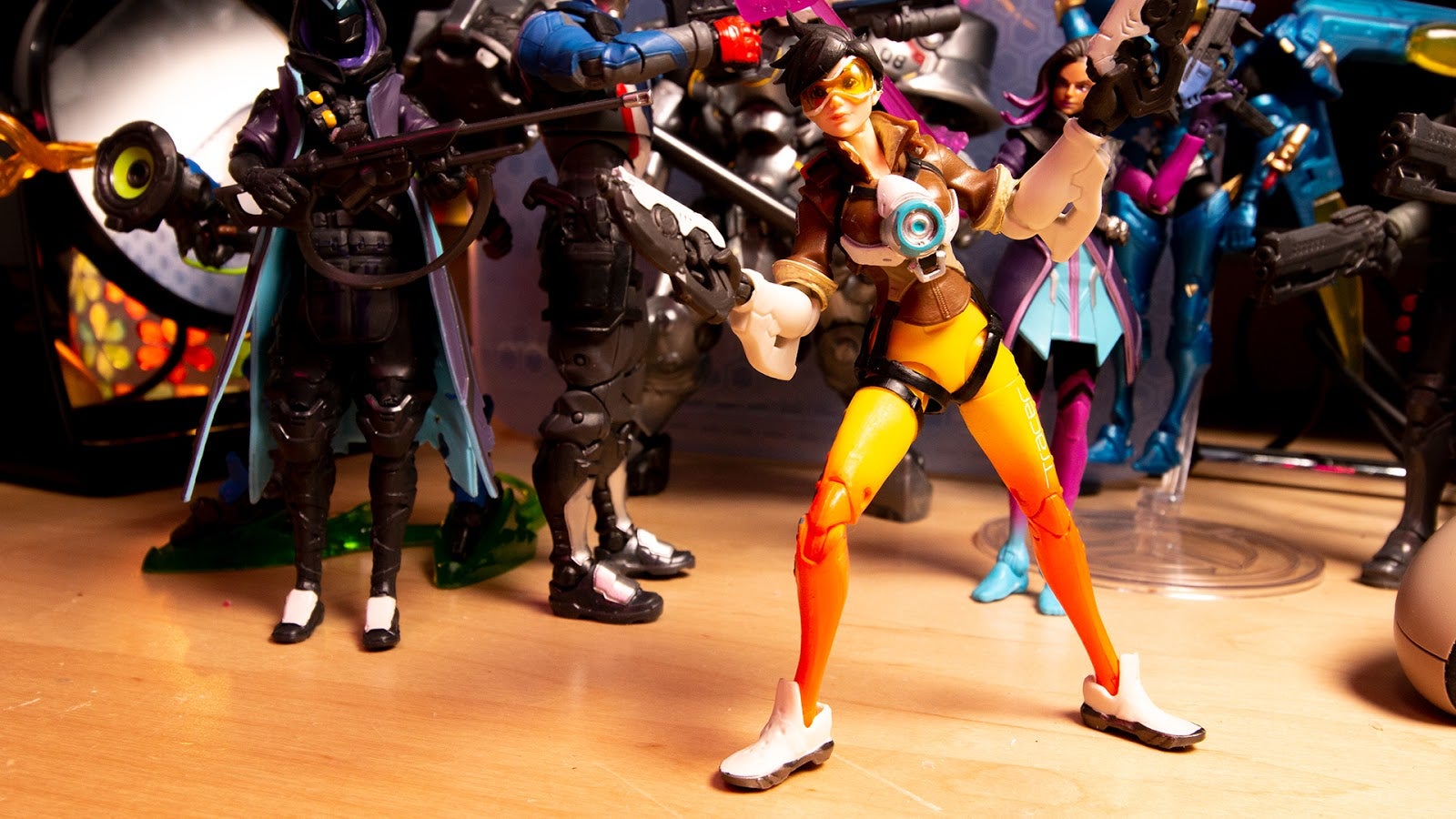 Each of the smaller figures comes with a set of action figure essentials — weapons, extra hands, that sort of thing. Tracer’s extra hands let her be sassy, which is completely in character. 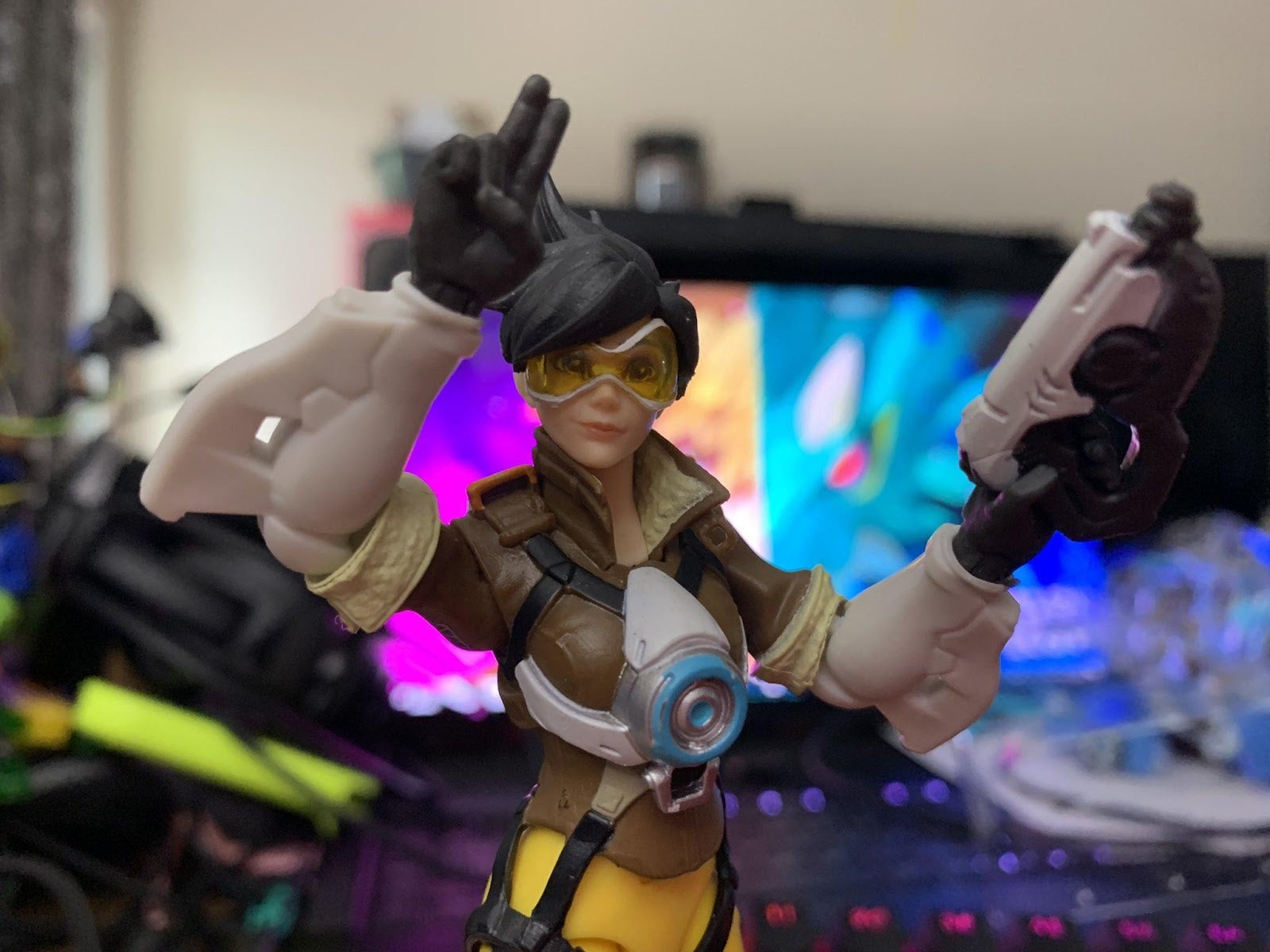 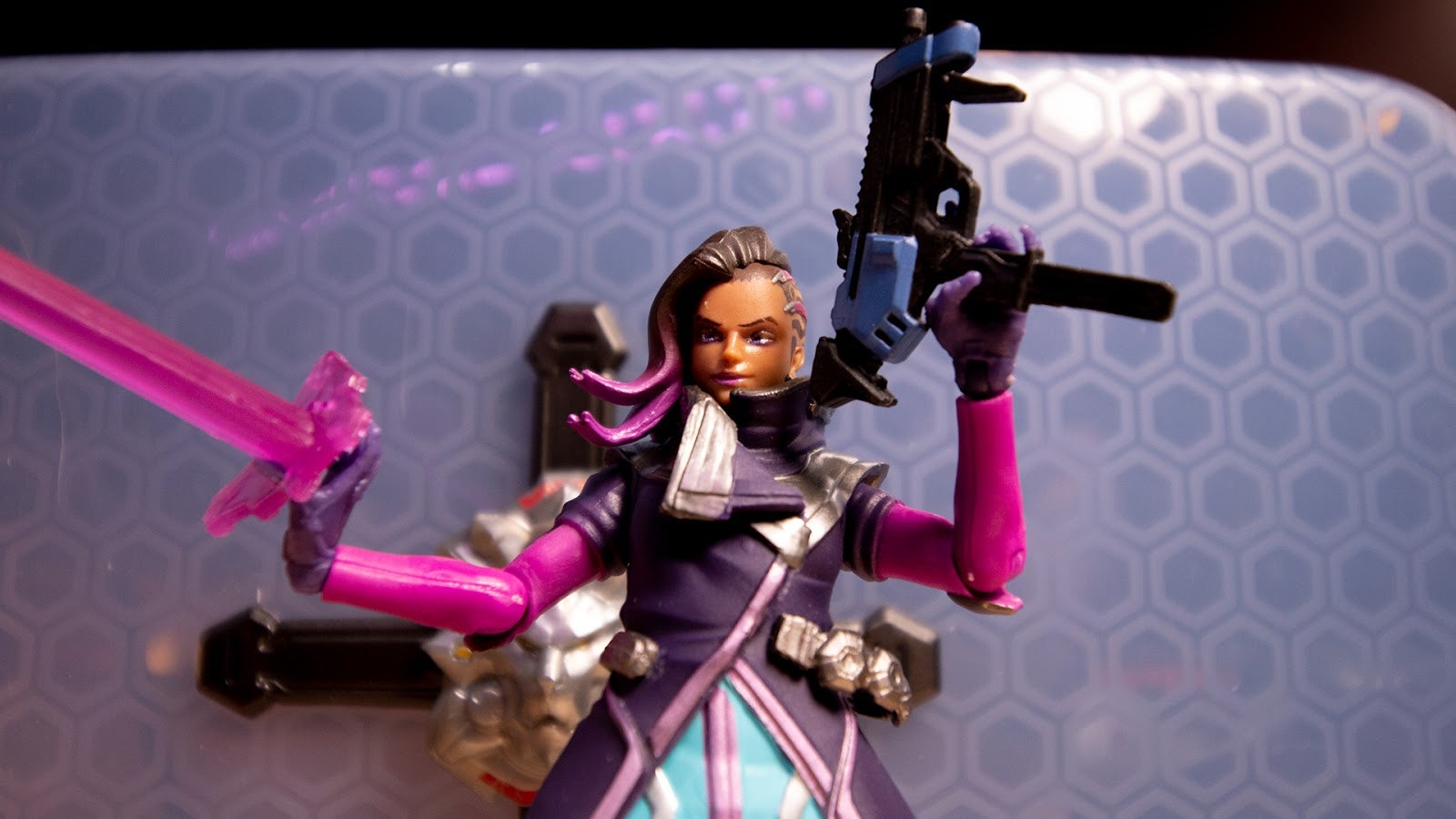 Sombra is also an excellent example of how Hasbro has nailed the characters’ facial features, right down to the tweaked eyebrow. 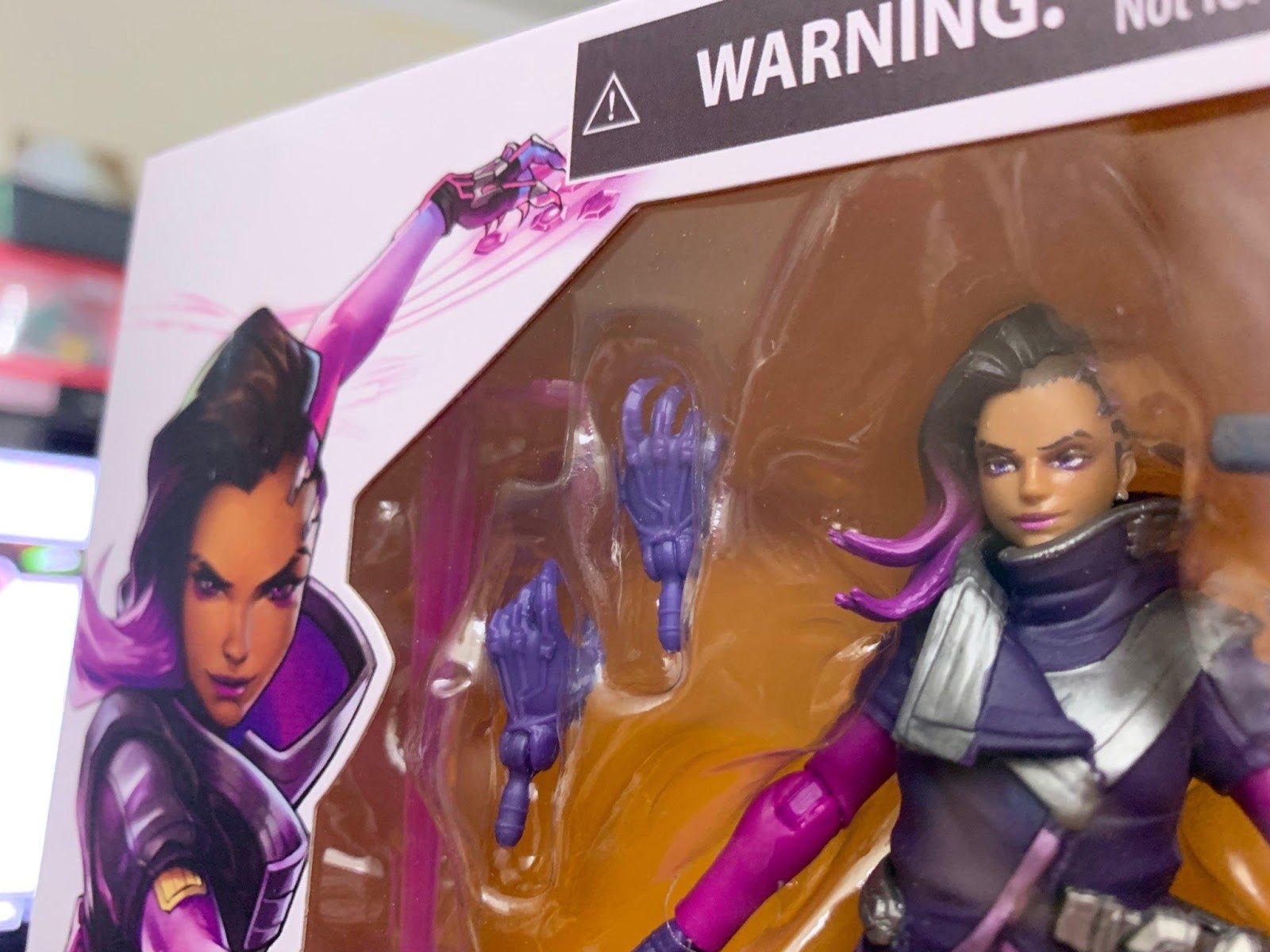 Combining sass and distinctive facial features is Lucio, the last surviving rollerblader. He’s a beautiful character, and a beautiful figure. 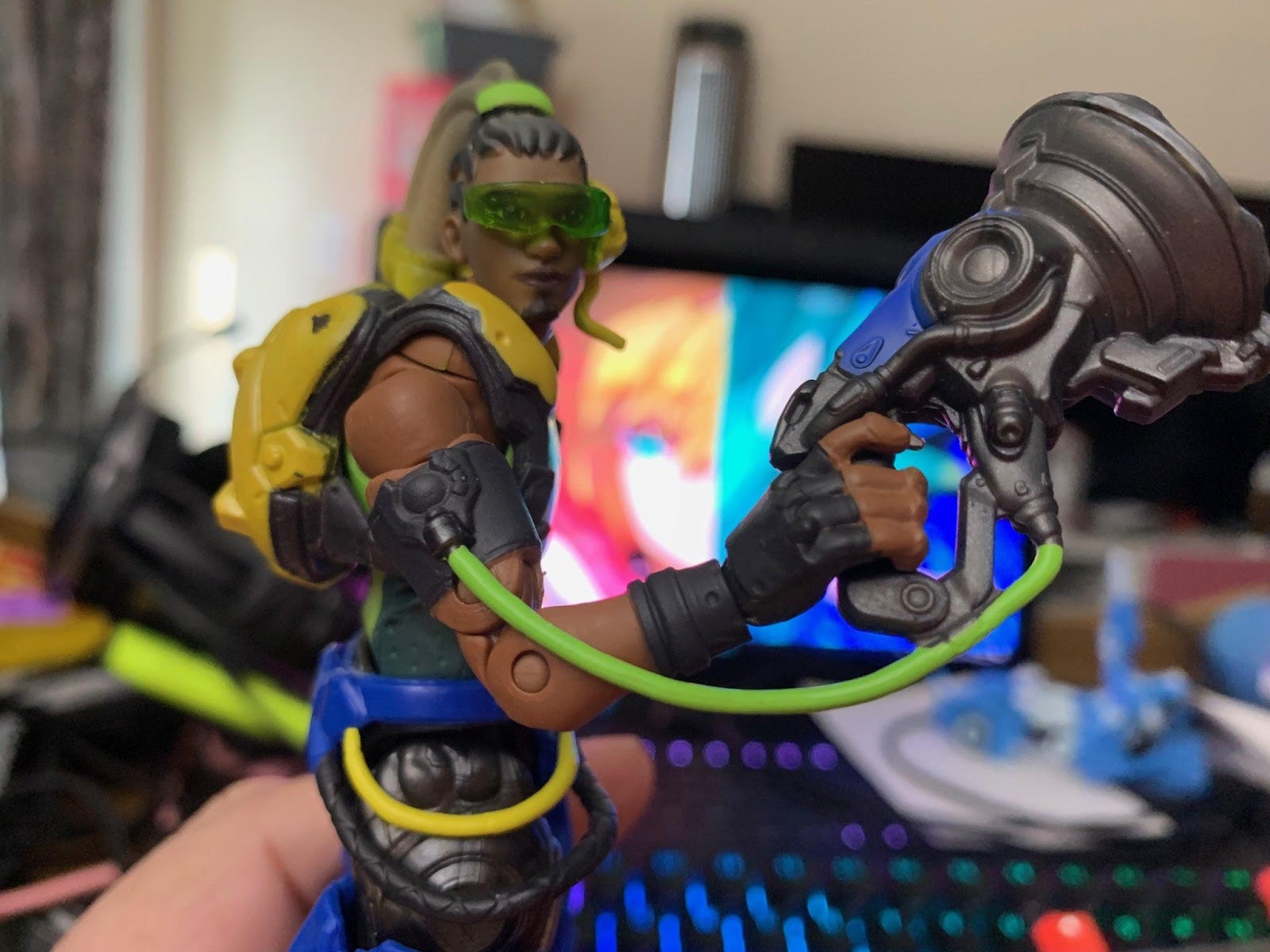 Lucio comes with a Sonic Amplifier that plugs into his arm. But, also, it wouldn’t be Lucio without kick-arse skate trails. 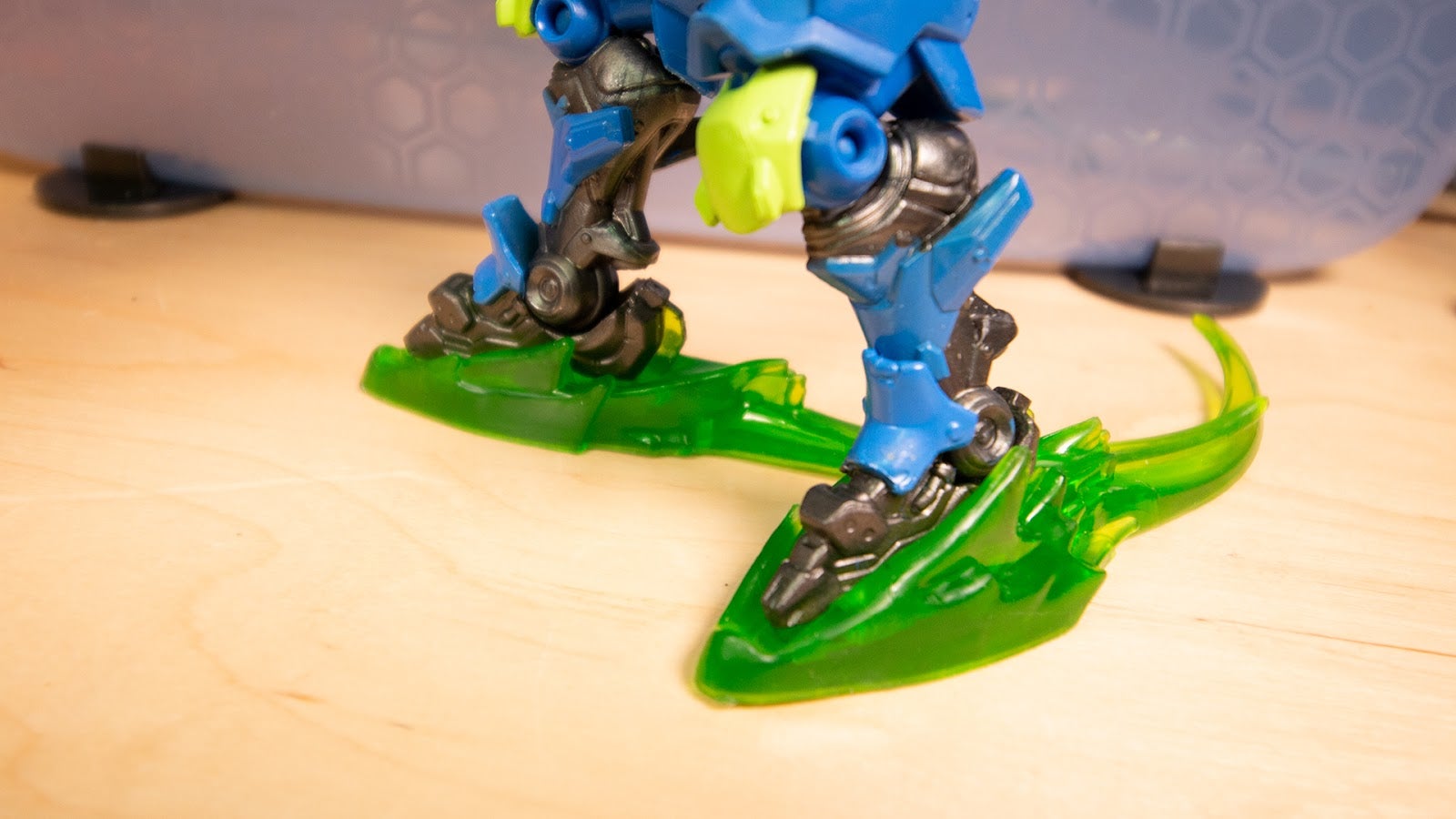 To help me show off the figures’ flexibility, we have Ana in her Shrike outfit. Ana comes packaged together with Soldier 76 in what I like to call the $US40 ($57) senior discount bundle. For an older woman, she is quite spry. 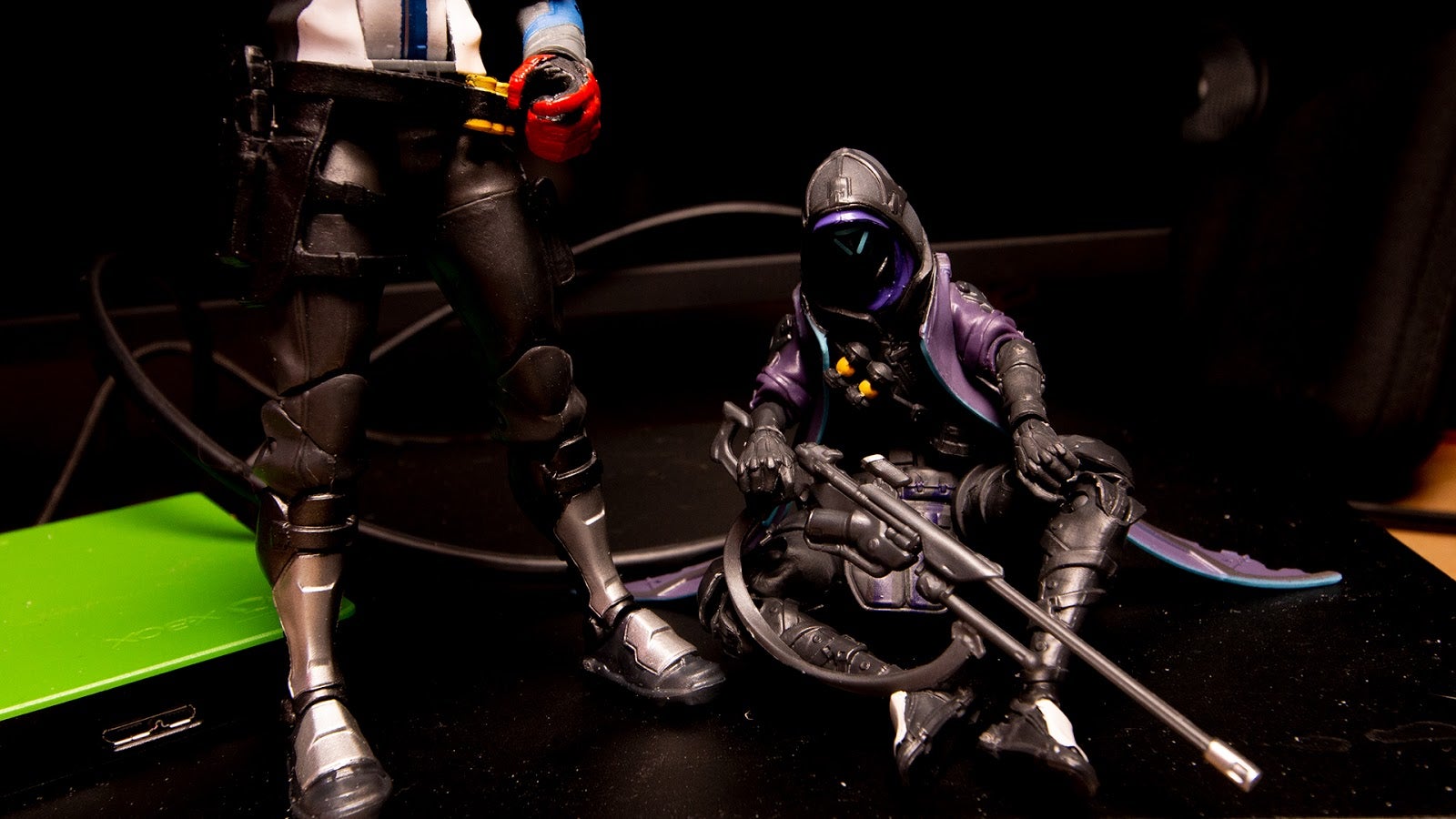 The legs next to crouching Ana of course belong to Soldier 76, the second-most G.I. Joe-looking figure of the bunch. 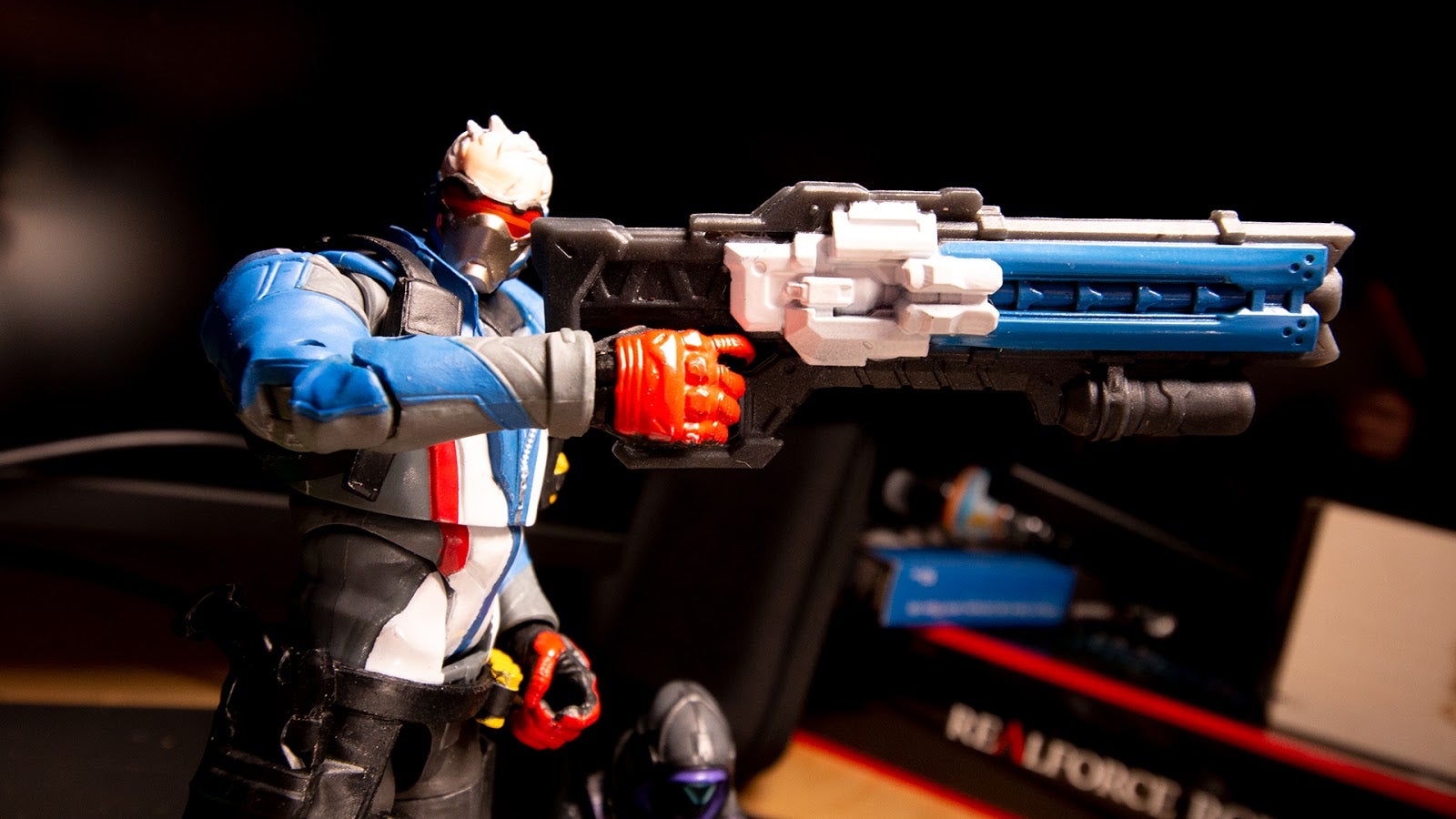 If he’s the second, then who is the first? Why, it’s my least favourite figure in the lineup, Reaper in his Blackwatch skin. Why make a figure of the cool, specter-looking fellow when you can just make a dude. 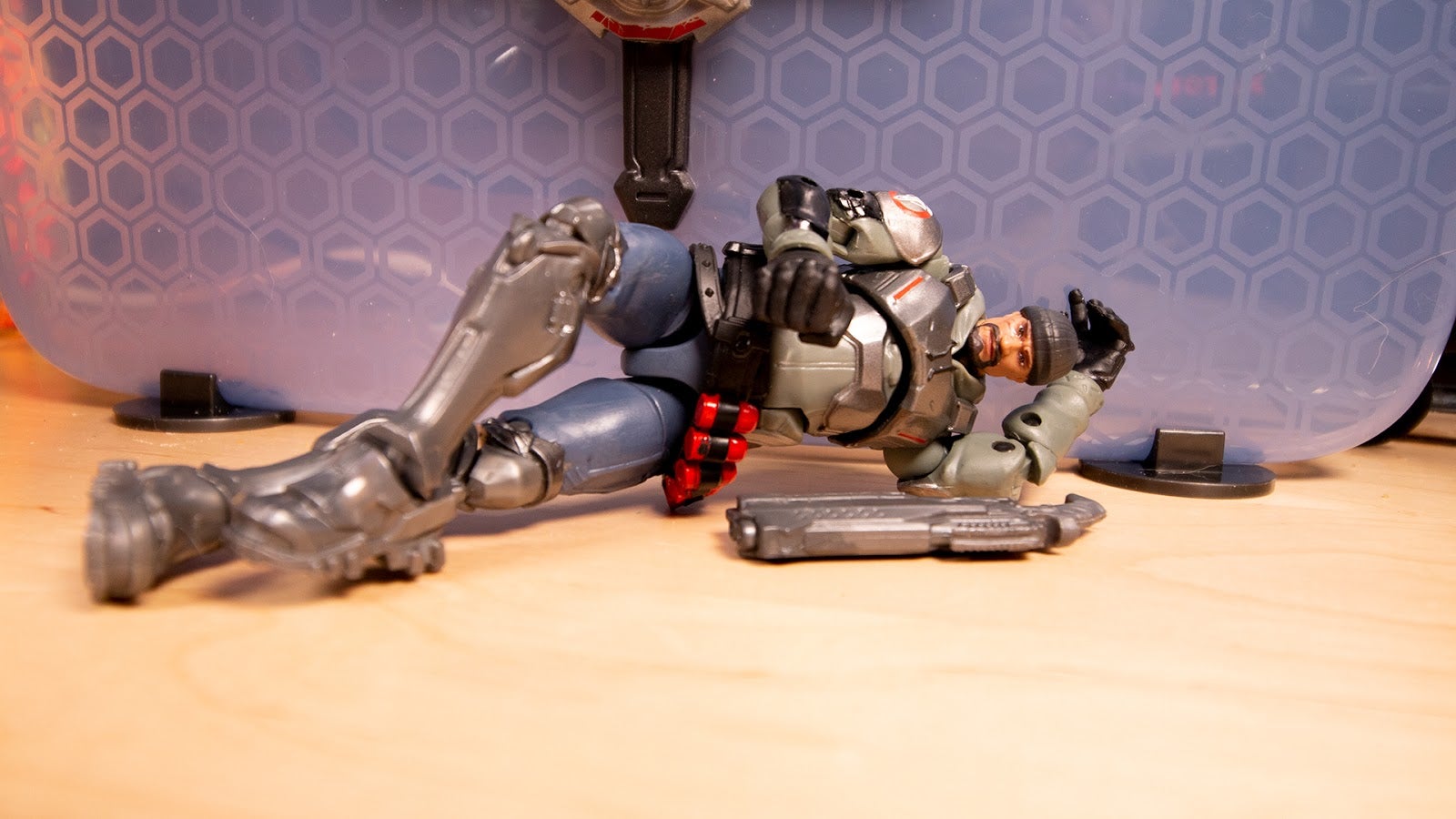 On the plus side, Reaper makes an excellent corpse for Mercy to resurrect. 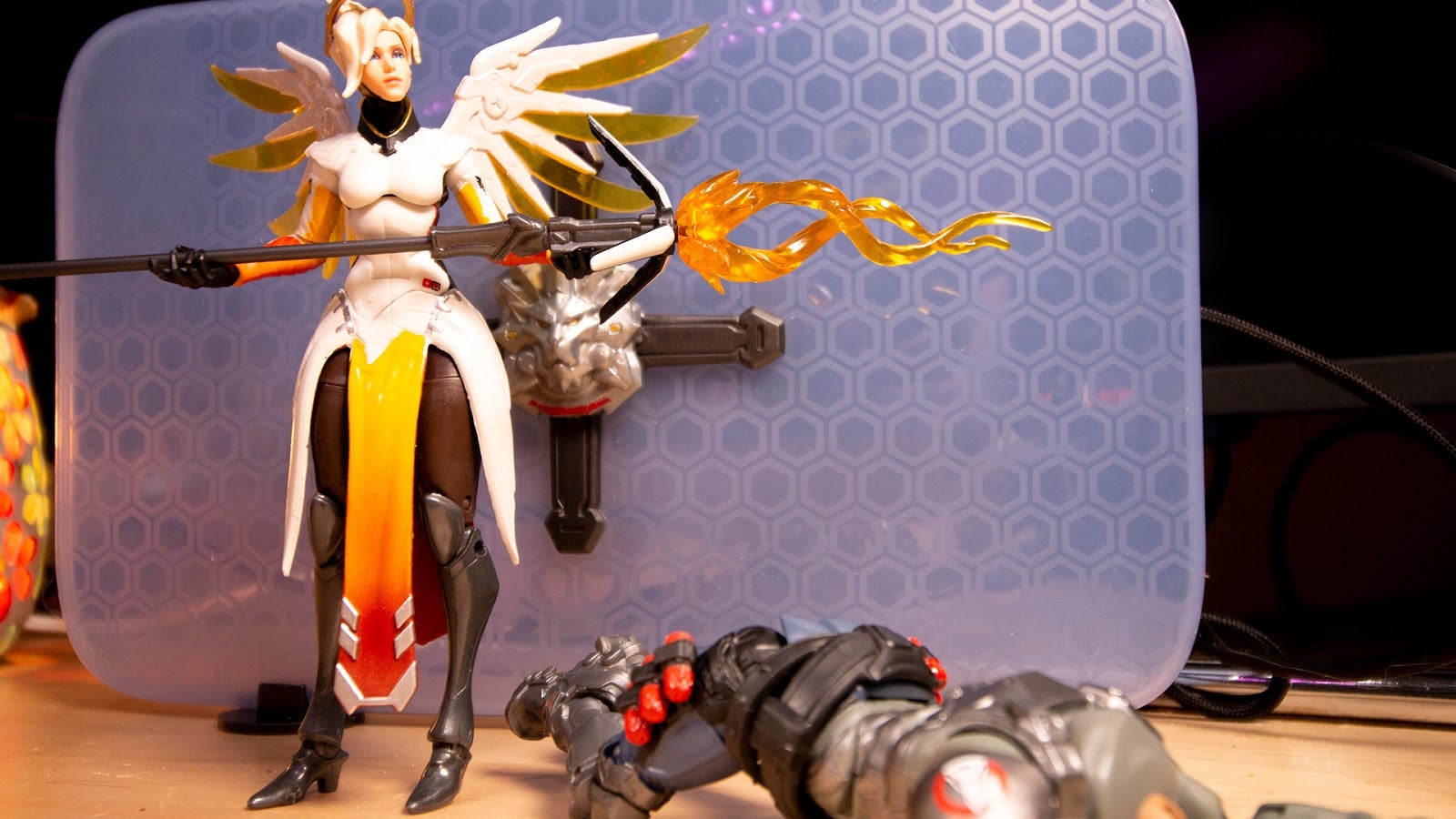 Next to my boy Reinhardt, Mercy is the finest figure in the set. The translucent wings, the colours, the promise of never dying. Plus, Mercy is this wave’s other two-pack. Who does she come bundled with? 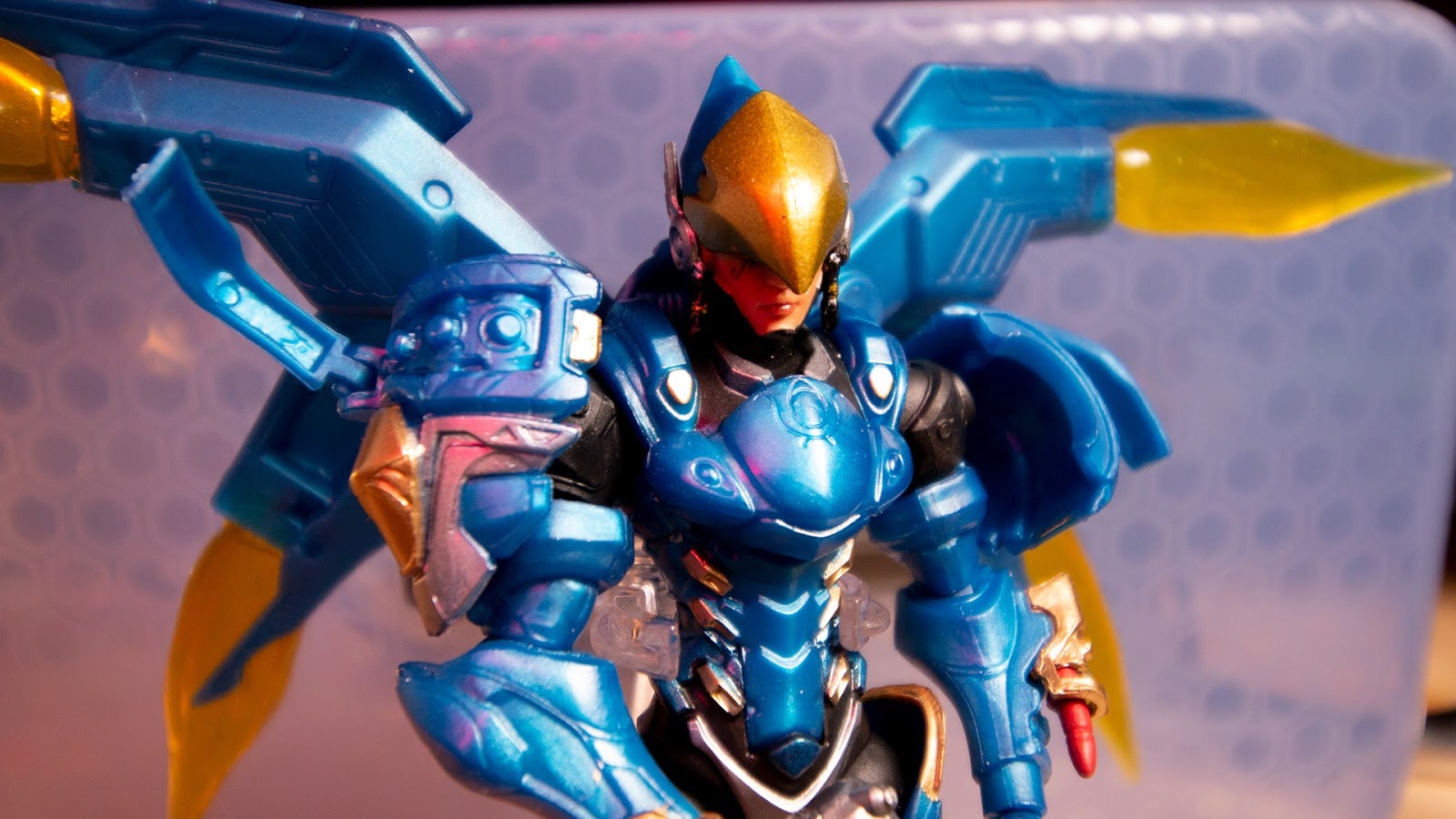 What a good choice. Pharah is a close third best out of all the Hasbro Overwatch figures. She’s got that gorgeous armour, complete with shoulder airfoils that open and close. The wings on the back also open and close, with translucent yellow jet effects. Plus she comes with a clear stand, so she can fly. 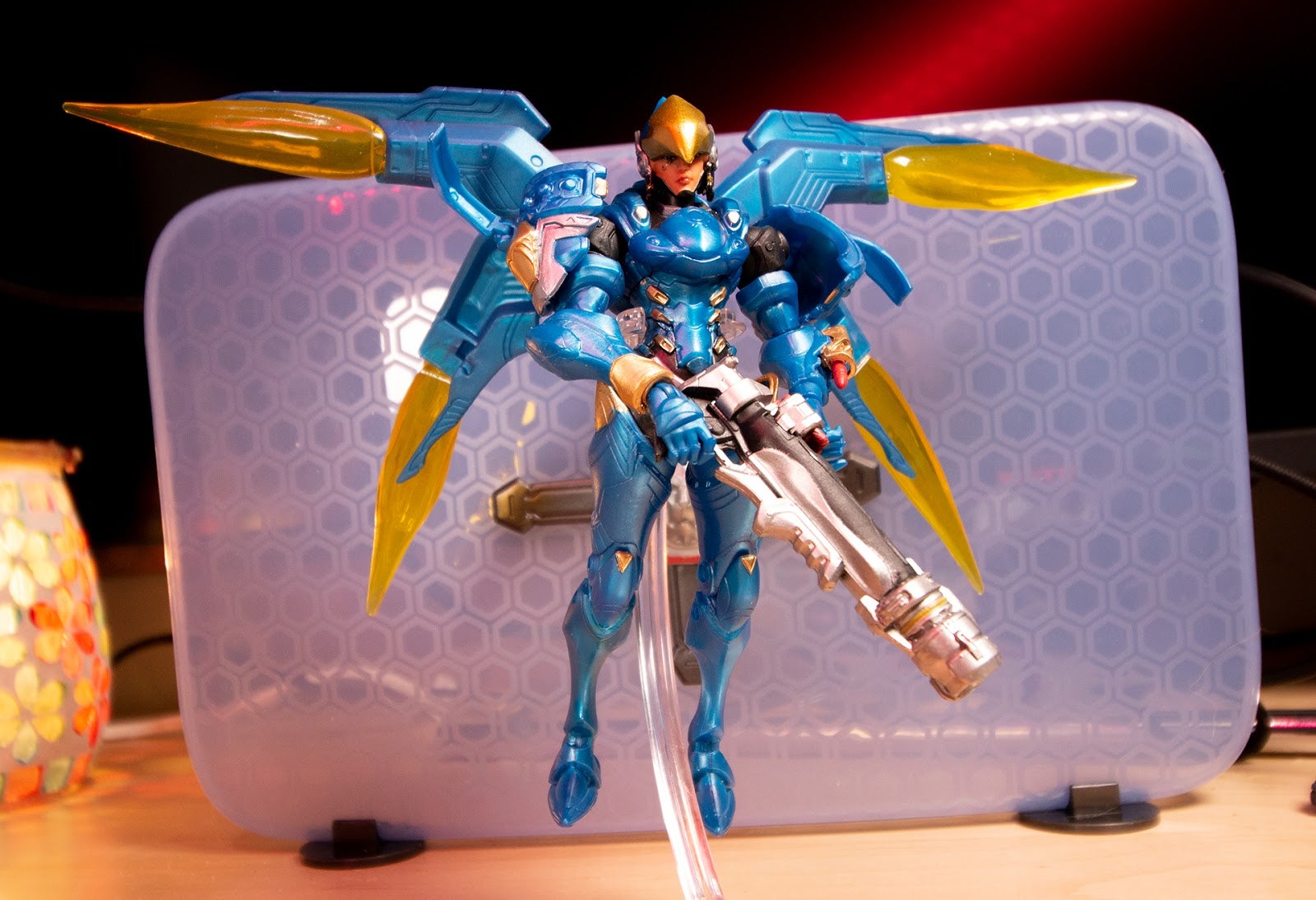 I really can’t get over how good they all look, aside from Just-A-Guy Reaper (with Shelf-Warming action). The medium-tier i toy licence is in good hands with Hasbro. Now give us a giant plastic hamster, you cowards. 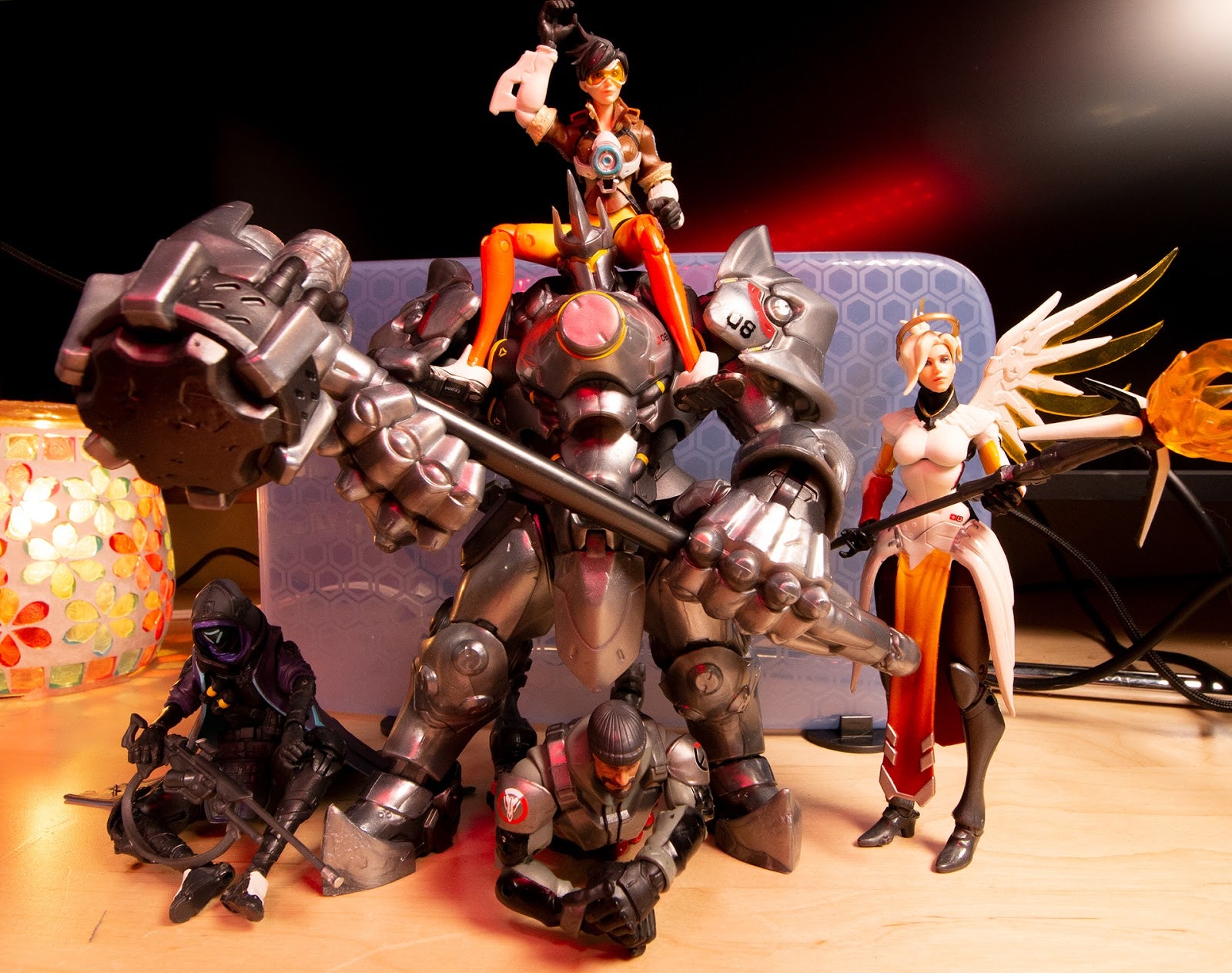