Hearthstone’s Latest Single-Player Addition Isn’t Free, But It Might Be The Best

With every new Hearthstone expansion, Blizzard makes a habit of releasing free single-player content, mostly as an added draw to bring players back to the fold. In the past, this took the form of grindy deck-building roguelikes and interesting puzzle packs, but the latest expansion, Rise of Shadows, has switched the routine up a bit.

The newest Solo Adventure, dubbed The Dalaran Heist, is the first to carry a price tag since 2016’s One Night in Karazhan. It’s also the game’s most robust package of single-player content to date.

Having spent a handful of hours with The Dalaran Heist since its release this week, there’s a lot about the expansion that feels familiar compared to past roguelike Hearthstone content such as Dungeon Runs and Monster Hunts. You pick a class, then fight a series of bosses and try to survive all eight of them while amassing as broken and versatile a deck as you possibly can.

A few differences really stand out. For starters, there’s just a lot more content in The Dalaran Heist. While the first run will feel almost eerily familiar to anyone who’s played one of these expansions in the past, you gradually unlock new hero powers and starting decks that give every heist run a totally new feeling.

After beating all eight bosses with the game’s Hunter class using the default hero power and deck, the second run felt like a revelation. I used a more spell-heavy deck and a hero power that added a 1-cost minion to my hand after every use.

During the run, in addition to choosing three-card packages and powerful Treasure cards to add to your deck, you get the chance to visit an in-game shop that lets you tweak and upgrade your deck. 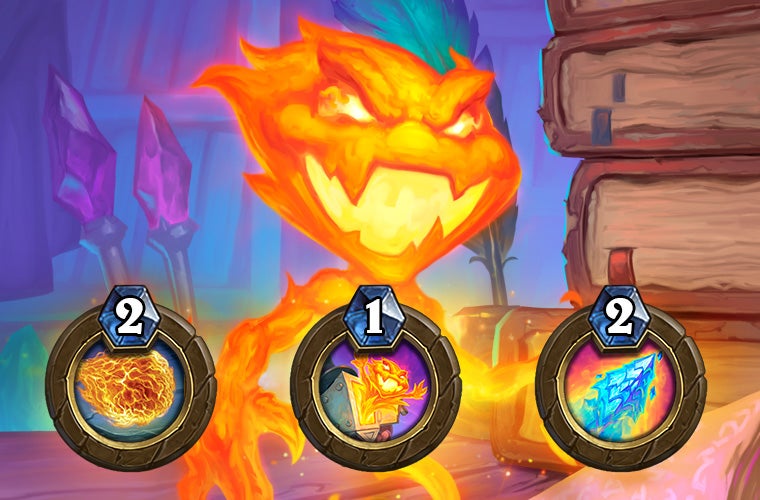 With the number of combinations here — of hero powers and starting decks, upgrades and alterations — as well as optional “anomaly” effects that can give each run even more flavour, there seem to be an infinite amount of ways a particular run can go.

The depth of this experience is the most we’ve seen from a solo Hearthstone expansion, and while it still isn’t quite as compelling as a game such as Slay the Spire, it comes pretty damn close.

The Dalaran Heist also feels easier than past solo content has been. I haven’t lost a single run yet, which is much different from my experience with past expansions that felt much more unforgiving; previously, I’d only beat the final boss on one out of maybe 10 runs.

Chalk this up to the powerful cards and passive abilities you’re given in the course of a run, but it’s actually kind of nice: Instead of slamming your head against the late-game bosses just trying to beat them, you feel like you’re messing around in a playground of new strategies and combos. And if you’re looking for a challenge, you can face the bosses on the more intense Heroic mode. 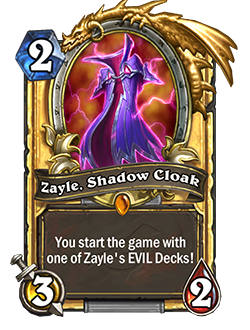 The whole experience can be purchased for $26.95, and comes with 16 card packs as well as a bundled-in Legendary card called Zayle, Shadow Cloak that acts as a full-deck-in-a-card similar to Whizbang The Wonderful. Free players can play the first wing for free and unlock the others for 700 gold a pop.

Two of the mode’s five stages, each featuring eight bosses, are currently playable. The rest are set to unlock in the coming weeks. [clear]