How To Use Valve’s New Steam Chat App 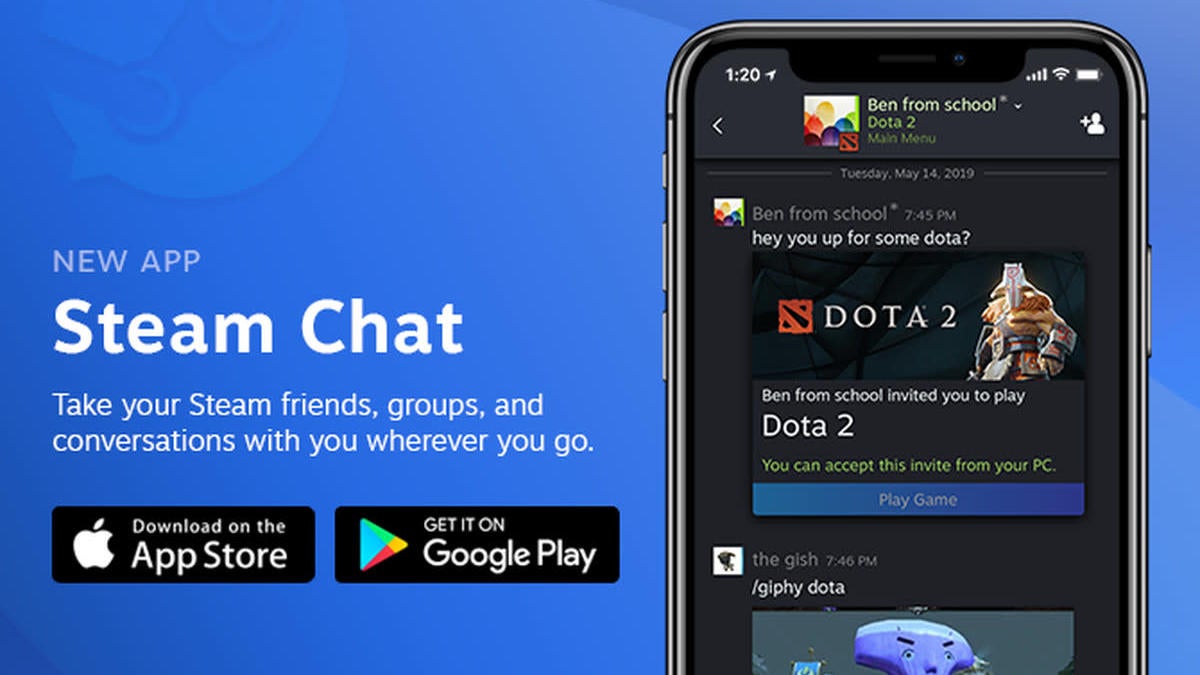 Steam has mainly been a gaming marketplace for PC games over the years, but Valve appears to be doubling down on the platform’s social aspects with its newly launched Steam Chat messaging app for Android and iOS.

While Steam Mobile has let users manage their accounts and send messages from their smartphones for years, Steam Chat splits the platform’s messaging service off into its own dedicated app.

Steam Mobile isn’t going away, though; both apps will exist simultaneously, with Steam Chat dedicated to communication and Steam Mobile covering other parts of the service—such as purchasing games, initiating remote downloads, and Steam Guard account security.

Here’s the full list of Steam Chat’s features at launch, according to Valve’s official blog post announcing the app:

Some of Steam’s desktop features for chatting aren’t present on Steam Chat at launch, like voice chat, but Valve confirmed in its blog post these will be added soon.

Steam Chat seems to be aimed primarily at existing Steam users—and PC gamers more broadly—but the app’s features are reminiscent of many other messaging services on smartphones.

Not surprisingly, Steam Chat includes similar capabilities as the mobile app for one of Steam’s upstart competitors, Discord. By splitting Steam’s messaging features into its own app, Valve appears to be looking to widen the service’s appeal. After all, you can create a Discord server for any topic right now; why not a Steam group?

After downloading and installing the app, you’ll need to sign in with your Steam account (or create a new one) and verify the device via a confirmation code sent to your email. Once you’re signed in, you’ll be able to message your Steam friends while not at your PC, and without needing the core Steam app installed.

If you wind up giving the new app a shot, Valve is interested in getting user feedback through the Steam Chat app’s official Steam community page. So far, feedback from Steam users appears… well, “mixed” would be putting it nicely. Here are a few snippets from the comments of Steam’s announcement:

Manatee-Nyan! ♥ Lamppost: “Please merge this with the regular Steam app, there’s no reason to have 2 separate apps. It’s annoying an inconvenient.”

Mairo ????????: “Could you please then at least update Steam guard to use some goddamn regular 2FA system so I can just use something like authy, delete all steam apps from my phone. The proper steam app has been broken for years with zero updates and nobody even uses chat anymore, because every time I get chat message I have to find who messaged me first as app doesn’t tell me.”

Voldiemert: “Discord wins with group chat, especially on mobile. I have no idea why time was put into this. I’d much prefer to see the Steam App updated. It’s a pain in the♥♥♥♥♥browsing the store, buying a game, and trying to install the game remotely.”

Hallo ich bin Grünspan: “How about some END TO END ENCRYPTION ALREADY instead of letting Steam read and analyse all our texts? Also how hard can it be to add some sort of chat history function that saves the entirety of all your chats to a text file or whatever?”