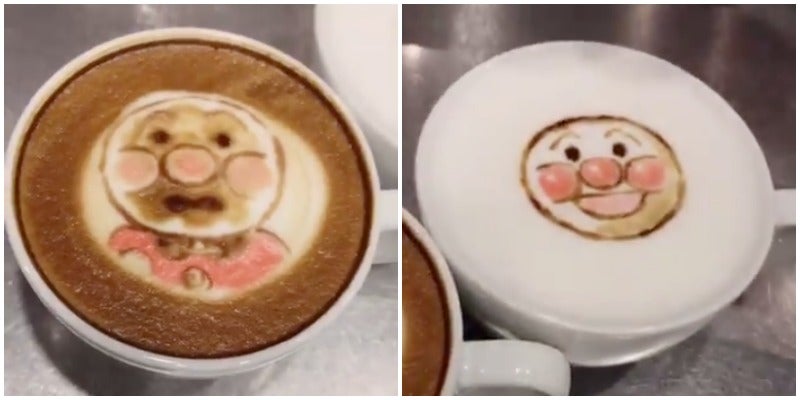 In the Japanese children’s anime Anpanman, the titular hero’s head is made from a bun stuffed with bean paste. When Anpanman’s noggin gets damaged in the show, a new one is baked and switched out, reviving his powers.

Anpanman is one of the most famous characters in Japan. Generation after generation has grown up with the anime hero.

Barista Naoki Nishijima wasn’t content in merely recreating Anpanman in foam, but switched out his damaged head, too.

This is impressive and creative. Well done!