I’m Addicted To The First Three Stages Of Galaga

galaxianmyarcadenamcopocketxevious
To sign up for our daily newsletter covering the latest news, features and reviews, head HERE. For a running feed of all our stories, follow us on Twitter HERE. Or you can bookmark the Kotaku Australia homepage to visit whenever you need a news fix.

Stage one: Get one ship captured, then rescue it to double firepower. Stage two: Take advantage of doubled weaponry to wipe out aliens before they can even enter formation. Challenging stage: Kill 40 aliens for 10,000 points. Bonus stage: Feel deep satisfaction because nailing the first three stages in Galaga is one of the best feelings an arcade game can deliver.

There are arcade games I enjoy playing more than Galaga, Namco’s 1981 sequel to Galaxian, but none give me so much satisfaction in such a short period of time. Within the first minute of inserting a quarter and hitting start, the player either triumphs or fails, setting the tone for the rest of play. Get that first ship captured by one of the Galaga motherships and successfully retrieve it without accidentally destroying it, and domination of the second stage and the first “Challenging Stage” that follows is all but assured.

If that initial capture doesn’t happen, the game can still be salvaged. Sometimes I get overzealous during the first wave and wipe out all four motherships before they can capture me. Other times, I might misjudge a dodge and get myself killed, or accidentally shoot my own captured ship. I can come back from that, but it doesn’t feel the same as when I get it right. I’m the king of space instead of the god of space. It’s a subtle difference.

I’ve thought about the sequence a lot over the years. In the early ’80s, I’d play barefoot and shirtless in the arcade at the swim club my mother would take us to every summer. In the mid-’90s, I worked at a dollar theatre where the staff would get stoned after closing and watch movies and play the lobby arcade machines for free. Last night, I played in the back of our wheelchair-accessible van, on my way to my annual birthday dinner with my wife, children, and parents. 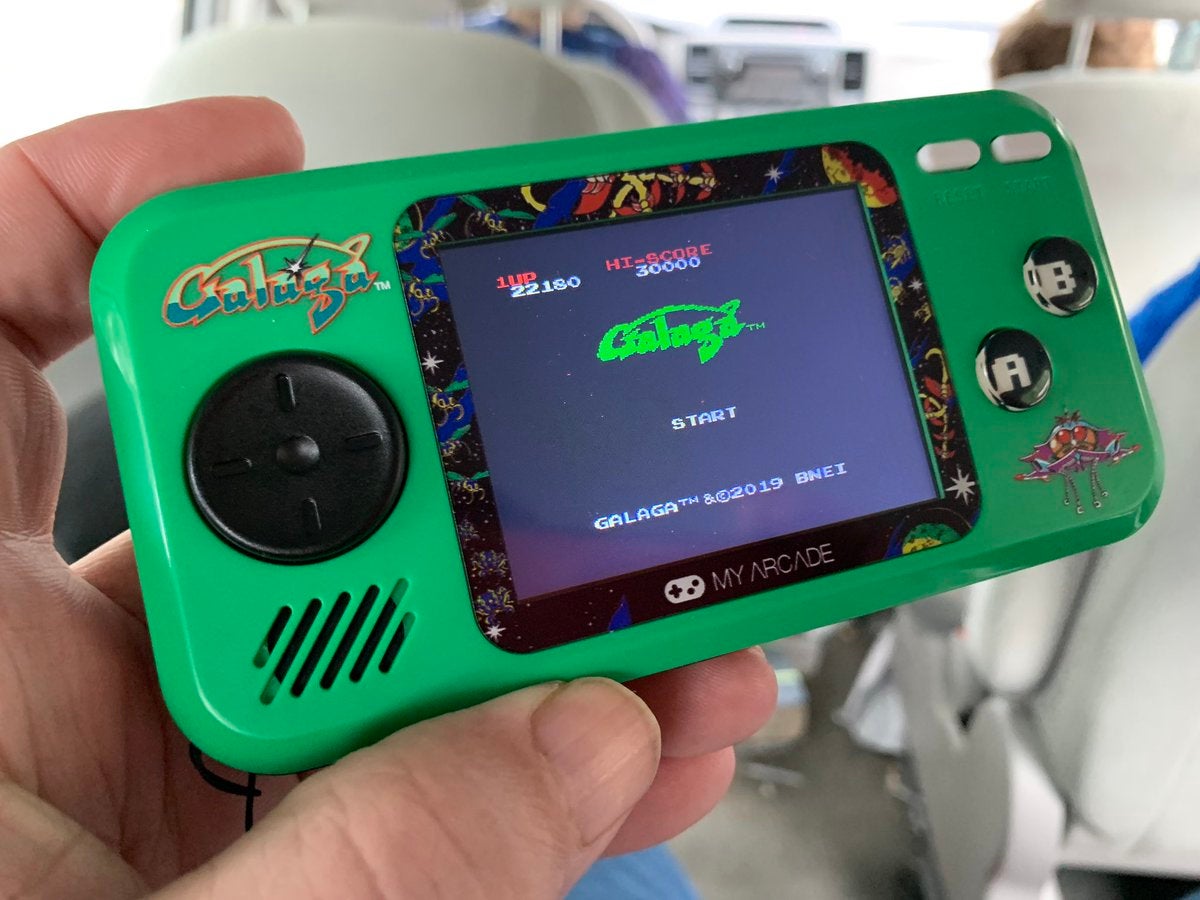 I was playing with this little Galaga Pocket Player from My Arcade, makers of all sorts of nifty retro goodness like miniature arcade machines. Though I had my phone in my pocket packed with games and my Nintendo Switch within arm’s reach (not being able to drive has its perks), I spent the entire half-hour drive enjoying that sweet trio of stages on this tiny little handheld. It also includes Galaxian and Xevious, but it’s obvious which game is the star.

It was during dinner at Outback, a family tradition for some strange reason, that I realised I didn’t even need to run out of lives before I stopped. I’d pick up the handheld, get through the first Challenging Stage, and then turn it off. That way I felt slightly less horrible about ignoring everyone and not finishing my prime rib. 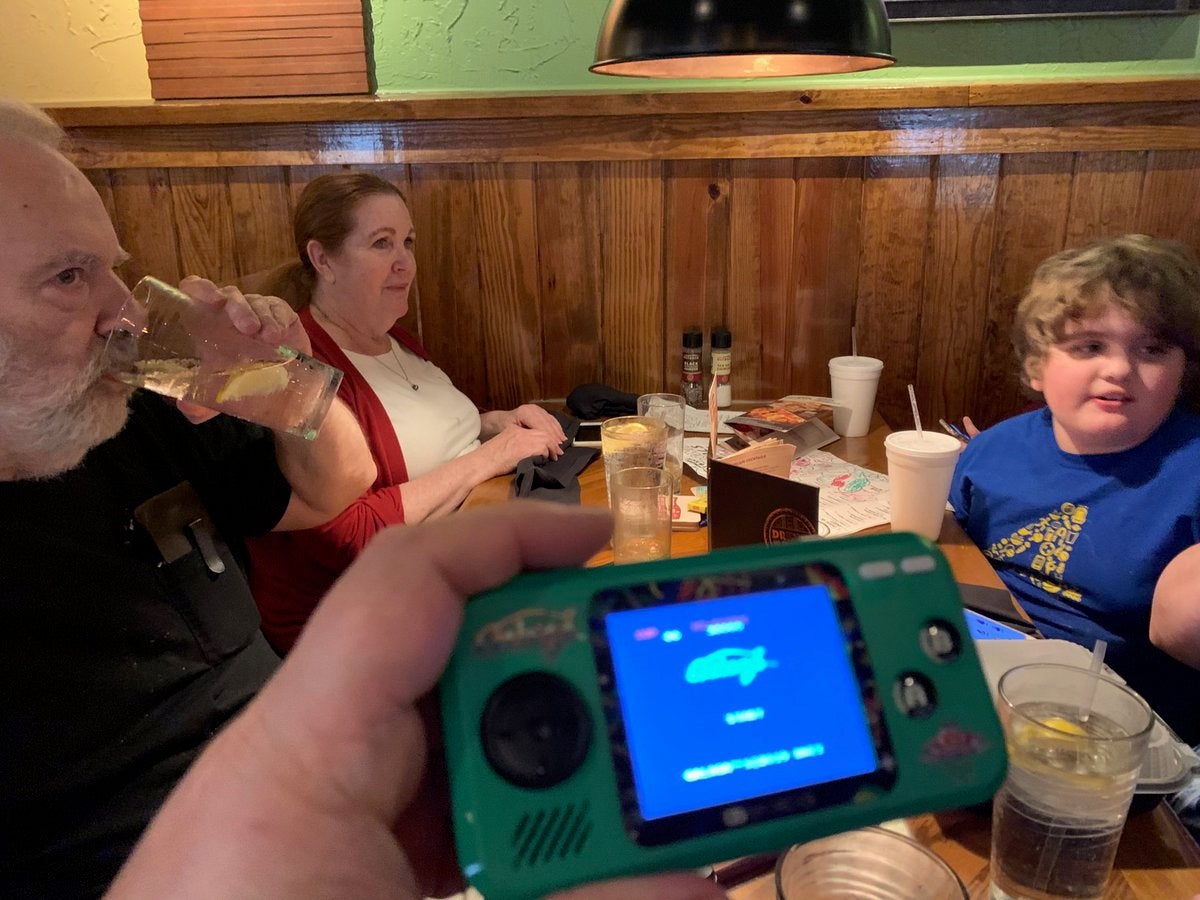 So now I have a convenient way to get that perfect three-stage arcade fix anywhere I go, as long as the AAA batteries hold up. Plus, I have leftover prime rib. It’s the little things that make me happy.