When you care for someone, I think one of the most important things you can do is move out of your comfort zone and participate in their hobbies and interests. My girlfriend is an avid Heroes of the Storm player, often squirrelling away time with friends to play matches and participate in aod-hoc tournaments.

I play a lot of games here at Kotaku but I’ve never really touched something like League of Legends or Heroes of the Storm. MOBAs can be intimidating to new players thanks to a staggering number of characters to learn and notoriously hostile player bases.

I consider myself to be pretty good at games and I think I’ve proven that to be the case over my years livestreaming or dropping footage on Kotaku. Notoriously difficult games like Cuphead never really fazed me. Getting a code literally a day before embargo meant marathoning through it in short order. I’m someone who ignores recommended level requirements in games, using tricks or min-maxing to overcome odds and reap early benefits.

Recently, I played through Dragon’s Dogma: Dark Arisen’s difficult DLC area Bitterblack Isle well below the recommendation. I hold my own in shooters even when I stumble as metas change. MOBAs (aka multiplayer online battle arenas) were a genre I’d left untouched, as they seemed particularly resistant to new players.

Sure, I’d watched The International and seen high level Dota 2 matches. Sure, I’d played games adjacent to that genre like Battlerite. But play a MOBA? Me? I just hadn’t done it.

From what I can gather, HOTS is more accessible than something like League of Legends or Dota 2, with some useful tutorials at the start to teach you basic movement and a few key tidbits of information. That doesn’t mean it’s free from the data-overloading that makes MOBAs feel hostile to new players.

There are dozens upon dozens of characters to choose from (although only a few are unlocked at the start), multiple maps with different objectives, and the fact that you can’t really understand the cadence of a match without biting the bullet and playing matches. For us, that meant playing against some mid-level AI as I was taught the differences in each map. 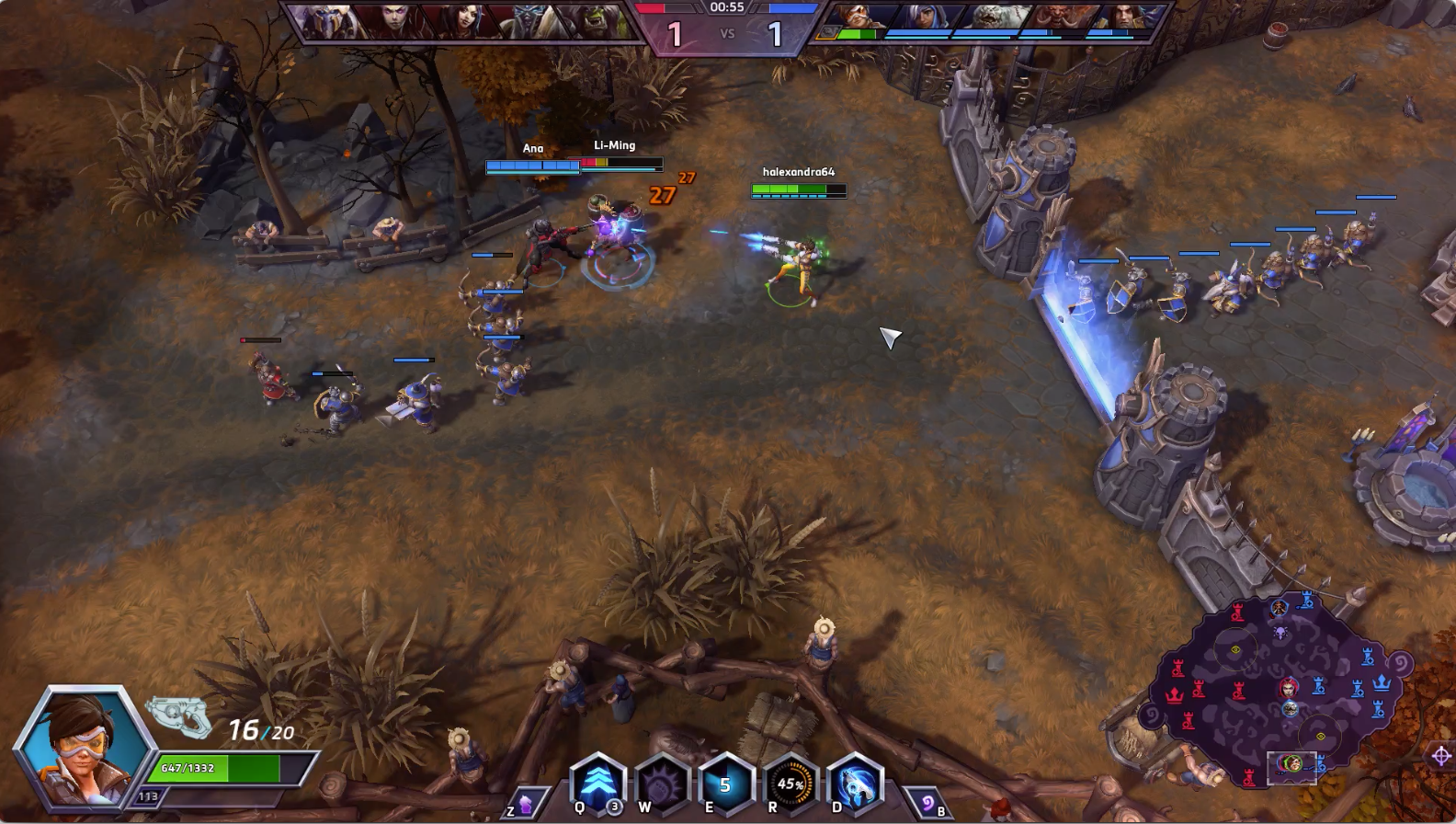 Of course, I didn’t make it too easy on myself. HOTS characters have an assigned difficulty rating meant to tell players if they are easy or complicated to use. I’m a big fan of Tracer from Overwatch, even if my love for that game has waned. She’s listed as a higher difficulty character and is easy to kill if a player makes a mistake.

She has all of her skills from Overwatch, which I was pretty damn familiar with. I died a fair amount of times, moving too far forward and “feeding” myself to the AI, but I was learning and working with a toolset that I knew. After a while, Tracer started to make sense. Nevertheless, my girlfriend suggested looking into a healing character instead.

In FFXIV, she plays Dark Knight while I play White Mage and heal her. It seemed a good suggestion.

I chose Li Li. She’s some type of Panda gal from World of Warcraft, able to follow teammates and toss out tea that heals the lowest HP teammate around her. She also has a spin attack for blinding enemies that get in close. This was a much more beginner-friendly character, and I felt able to contribute to my team more than before.

I could help defend choke points or protect my girlfriend when we went to fight some bosses – defeating them recruits them to your side, you see. We didn’t play too many more matches but I walked away interested in playing more and learning different healing characters. 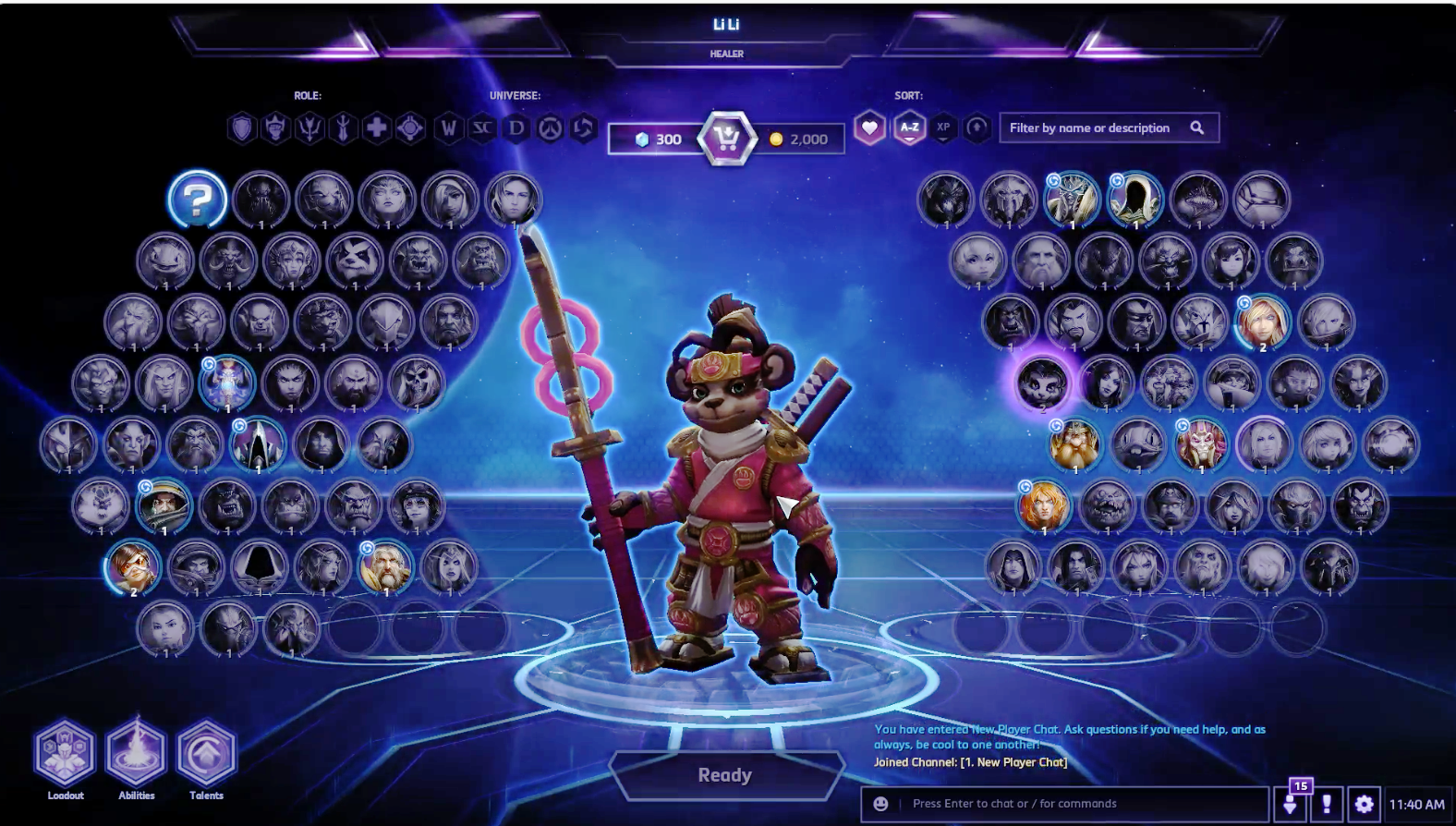 I haven’t leapt into matches against other players for now. In spite of my confidence in other genres, I admit to being nervous here. MOBAs don’t have a particularly good reputation when it comes to online conduct and while I’m more than used to strangers yelling random shit to me on the internet, the idea of having some arsehole bitch me out in Quickplay while I’m still learning is daunting.

We’ll deal with that when that time comes. I don’t think I’m gonna become a MOBA-fiend—I’d rather stick with shooters, RPGs, and online games like Final Fantasy XIV— but I do think I’ll play from time to time. I’ll do it not just to be close with someone I care about, but because in spite of my misgivings, I had fun.

Testing new characters, tipping toes into a fresh genre? It was refreshing, and I can’t wait to learn more.