In This Exclusive Look At Angel #2, A Familiar Face Re-Emerges 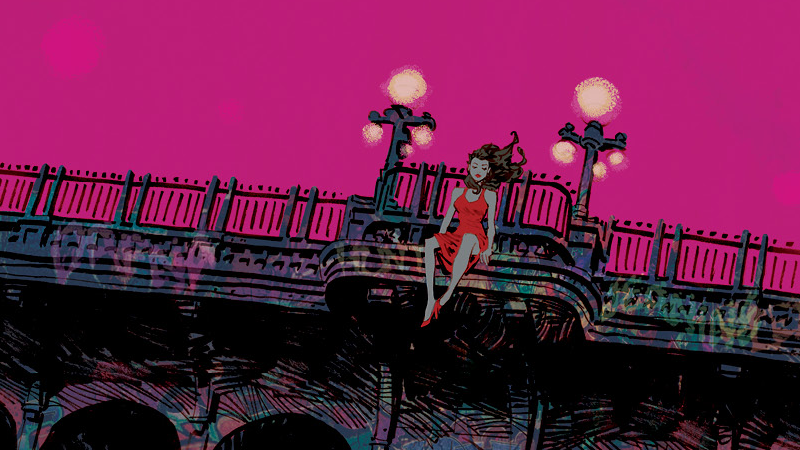 Hey there, Fred. (Image: Dan Panosian, Boom Studios)
To sign up for our daily newsletter covering the latest news, features and reviews, head HERE. For a running feed of all our stories, follow us on Twitter HERE. Or you can bookmark the Kotaku Australia homepage to visit whenever you need a news fix.

One of the most intriguing thing about Boom’s Buffy the Vampire Slayer comics series has been watching the familiar tale of the beloved show play out anew in a modern, rebooted setting.

Watching these characters we know and love re-meet each other for the first time has been a hoot so far — and we’re about to see it happen again.

Hot off of the unconventional surprise debut of his own spinoff series (as well as regular appearances in the main Buffy comic), we can exclusively reveal that Angel’s quest to regain his humanity will see him cross paths with another face from his TV past in Bryan Edward Hill and artist Gleb Melnikov’s Angel #2: Winifred “Fred” Burkle.

Check out Dan Panosian’s cover for the issue below, making its debut here. 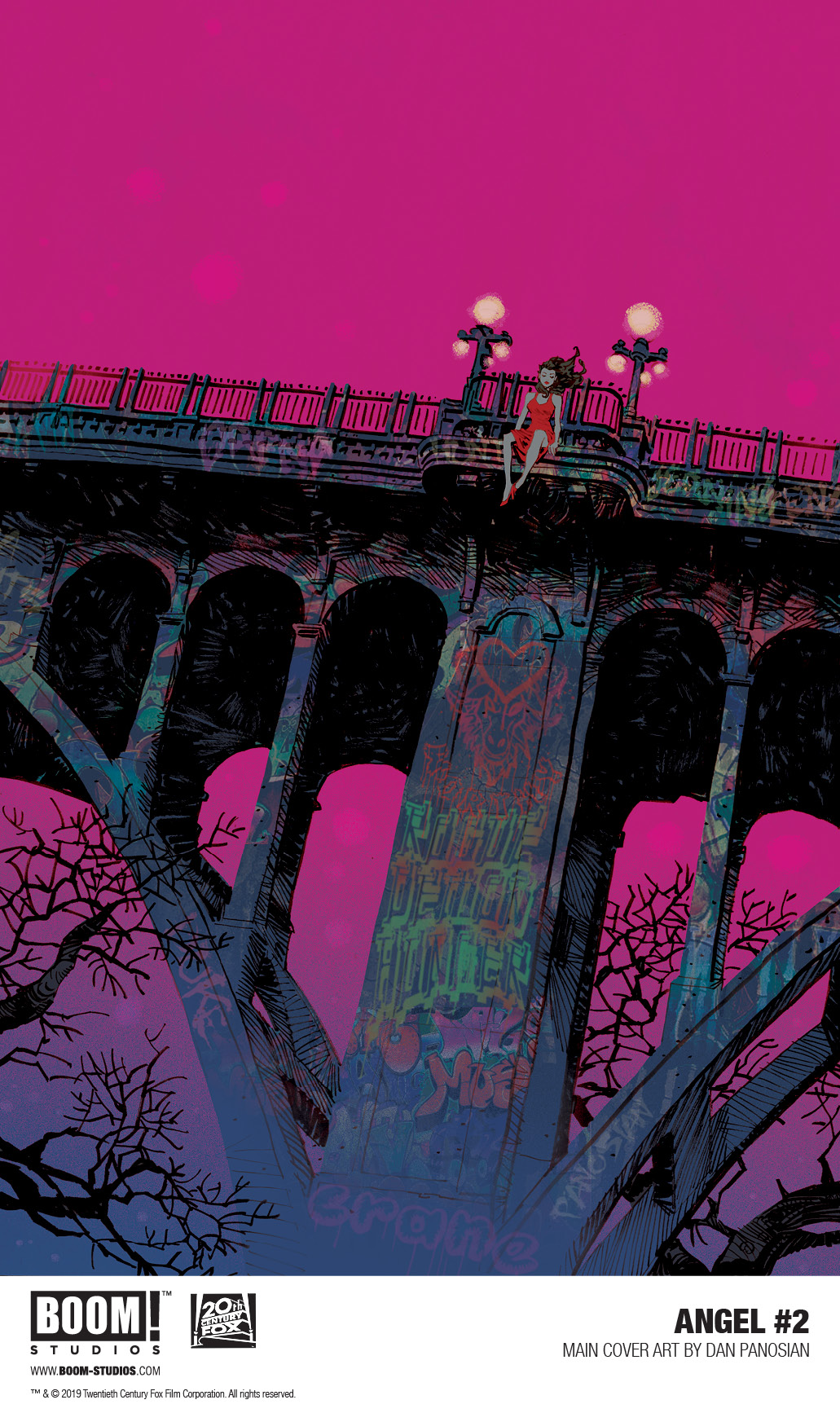 Played by Amy Acker in seasons two through five of Angel — before Fred was tragically killed off and had her body play host to the demon Illyria — the young Fred fans and Angel will meet in Angel #2 is a Sunnydale teen maths and science prodigy.

The troubled Fred finds herself being stalked by a mysterious monster — one that Angel also uncovers when he ventures to Sunnydale in an attempt to reclaim his human form, realising that his quest and Fred’s mysterious connection to the supernatural are suddenly intertwined. 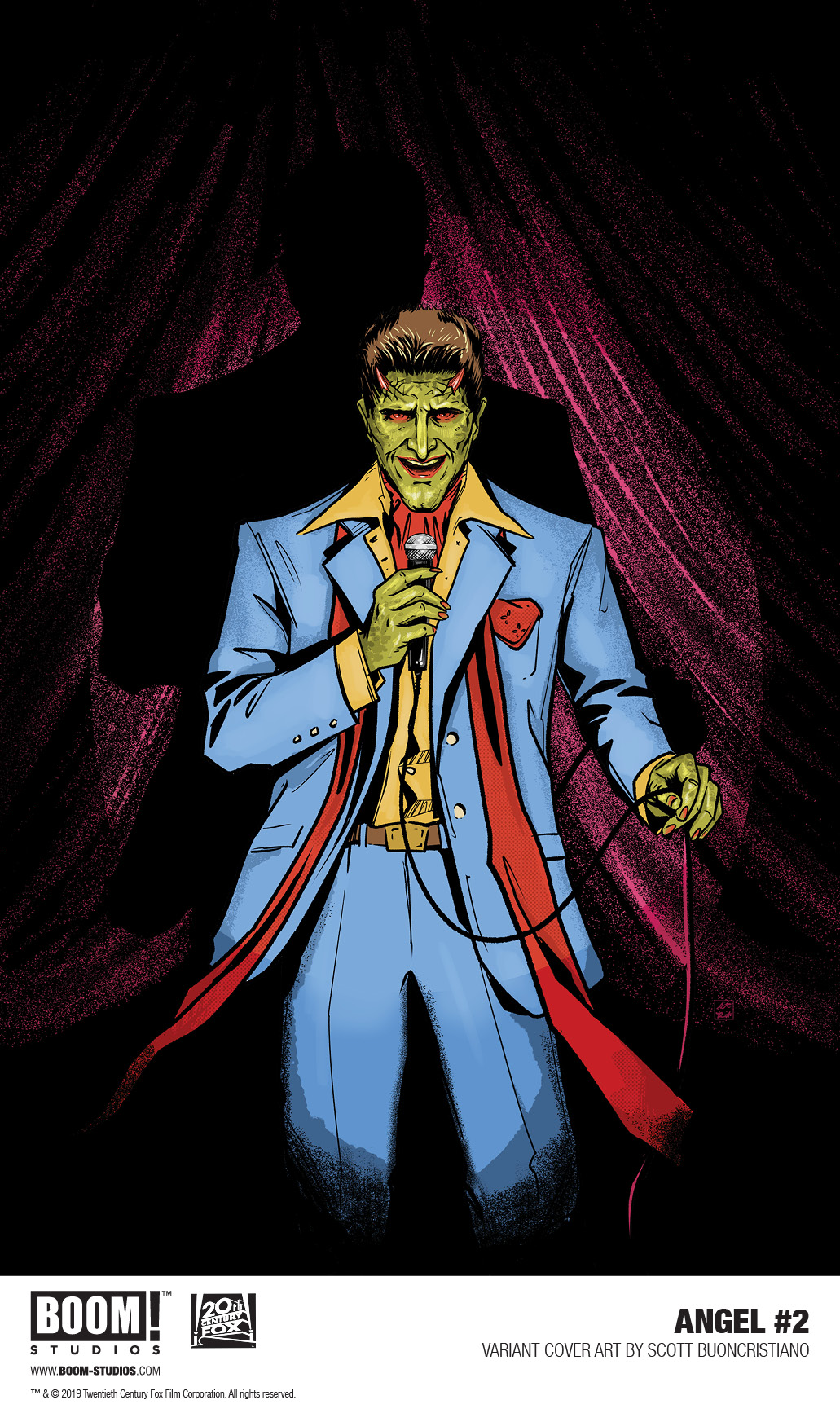 Angel #2 is set to hit shelves and digital retailers June 26.