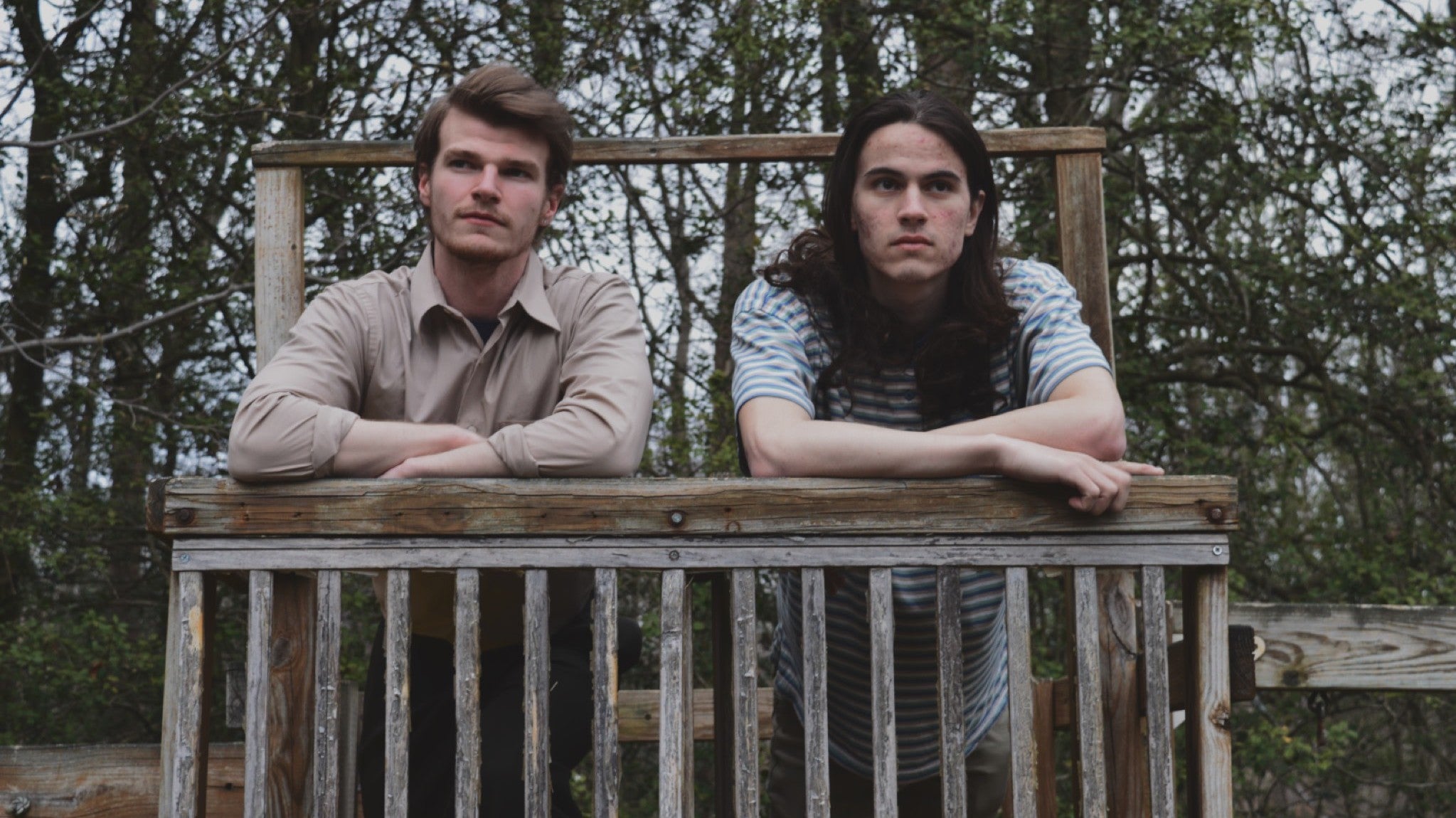 Photo: Origami Angel
To sign up for our daily newsletter covering the latest news, features and reviews, head HERE. For a running feed of all our stories, follow us on Twitter HERE. Or you can bookmark the Kotaku Australia homepage to visit whenever you need a news fix.

Indie band Origami Angel’s upcoming EP, Gen 3, is packed with references to Pokémon. The limited edition cassette tapes, which have already sold out, feature art inspired by the franchise. Although the band’s guitarist and singer, Ryland Heagy, said that the songs aren’t necessarily Pokémon-themed, the series has affected him and his art in unusual ways. “Pokémon has reinforced a lot of the morals in my life,” he said, “which sounds silly but it’s true.”

Heagy started playing Pokémon when he was on a vacation with a family friend. He was around four or five years old. “She lent me her copy of Gold that trip to play on my Gameboy Advance, and I immediately fell in love,” Heagy told Kotaku over email. He said that his love of the series has stayed with him ever since then.

As Heagy grew older, his love of games began to intersect with his love of music. When he was a senior in high school, he started playing with Pat Doherty, who eventually became the drummer for the two-piece band Origami Angel. Origami Angel has already released two EPs, and Gen 3, their third, will be released on May 31.

Pokémon fans will recognise the significance of the titles of the tracks on Gen 3. “Ruby,” “Sapphire,” and “Emerald” are the names of the third generation Pokémon games; the band just put out a music video for “Sapphire” today.

The third generation of Pokémon games holds a special significance for Heagy; these were the first games of the series that he was able to play when they were new. His mum got him Ruby as a surprise.

The last song on the EP, “XD Gale Of Darkness,” is named after another more obscure Pokémon game. “It’s not a crazy deep cut nobody will understand or anything, but it’s an homage to a heavily underrated game, my favourite game in the series,” Heagy said. “Side-series or not, Gale of Darkness is incredible and still holds up.”

Heagy says his lasting connection to Pokémon has affected his life in several ways, including reinforcing his personal morals, as unlikely as that may seem. Heagy noted that Pokémon games reinforce “things like valuing companionship in many forms, and working hard towards a collective goal with a team. As a child or an adult, you form a bond with your team of Pokémon, which the game reinforces as a healthy positive relationship between creatures of entirely different species! The games also have your close friends and mentors coaching and cheering you along the way, exhibiting a network of people who are there for one another.”

Playing games with people has also helped Heagy form connections in other parts of his life.

“I never expected to make as many friends in my adult life through Pokémon and other games as I have. The people I’m closest to in the DIY music scene, I mostly became friends with through Pokémon or playing Minecraft until 4:00 AM with,” he said.

“Game design is such a beautiful thing, and it really takes both technical engineering and a creative/artistic mind to make something as special as Pokémon. That mentality has kinda changed the way I look at music, too.”

Personally, I can relate to Heagy on this one. That kind of connection with a game you grew up with shouldn’t be a surprise, but it’s still new for me to realise how deep my own bond with Pokémon is, let alone how deep it is for other people. For Heagy, he knows that part of his fondness for the games is nostalgia, but he’s also seen Pokémon cross generational boundaries.

“My parents love Pokémon, and my eight year old little brother loves Pokémon (we’re currently playing through Omega Ruby and Alpha Sapphire together),” Heagy said. “I think everybody’s got at least one Pokémon that really resonates with them.”

For Heagy, that Pokémon is Dratini.

“Dratini has always been my favourite for whatever reason. Obviously it eventually evolves into Dragonite, the sickest Pokémon in gen 1, but something about Dratini itself is so endearing to me,” he said. “I guess what I’m trying to say is that it’s really cute.”