Jurassic World Evolution is a good park building game, reminiscent of stuff like Zoo Tycoon or Jurassic Park Operation Genesis. But one area it has been completely lacking in is rocks. Where are all the rocks? Well, finally, Evolution players are getting some damn rocks and they are very happy about it.

Evolution was released about a year ago, in June 2018. At the time I really enjoyed the game, but it lacked something many similar games have: Decorations and terrain editing. Sure you could place some footpaths and raise or lower the ground, but players couldn’t add specific trees or rocks in areas, or change the ground to look more muddy or rocky.

This is about to change later this winter, as Evolution developers Frontier Developments has revealed that all of this is coming to the game in a future update.

Fans got excited. Very excited. The tweet announcing the new free update quickly became one of the most liked tweets from the official Evolution account and the subreddit for the game began to fill with pictures of rocks and boulders. 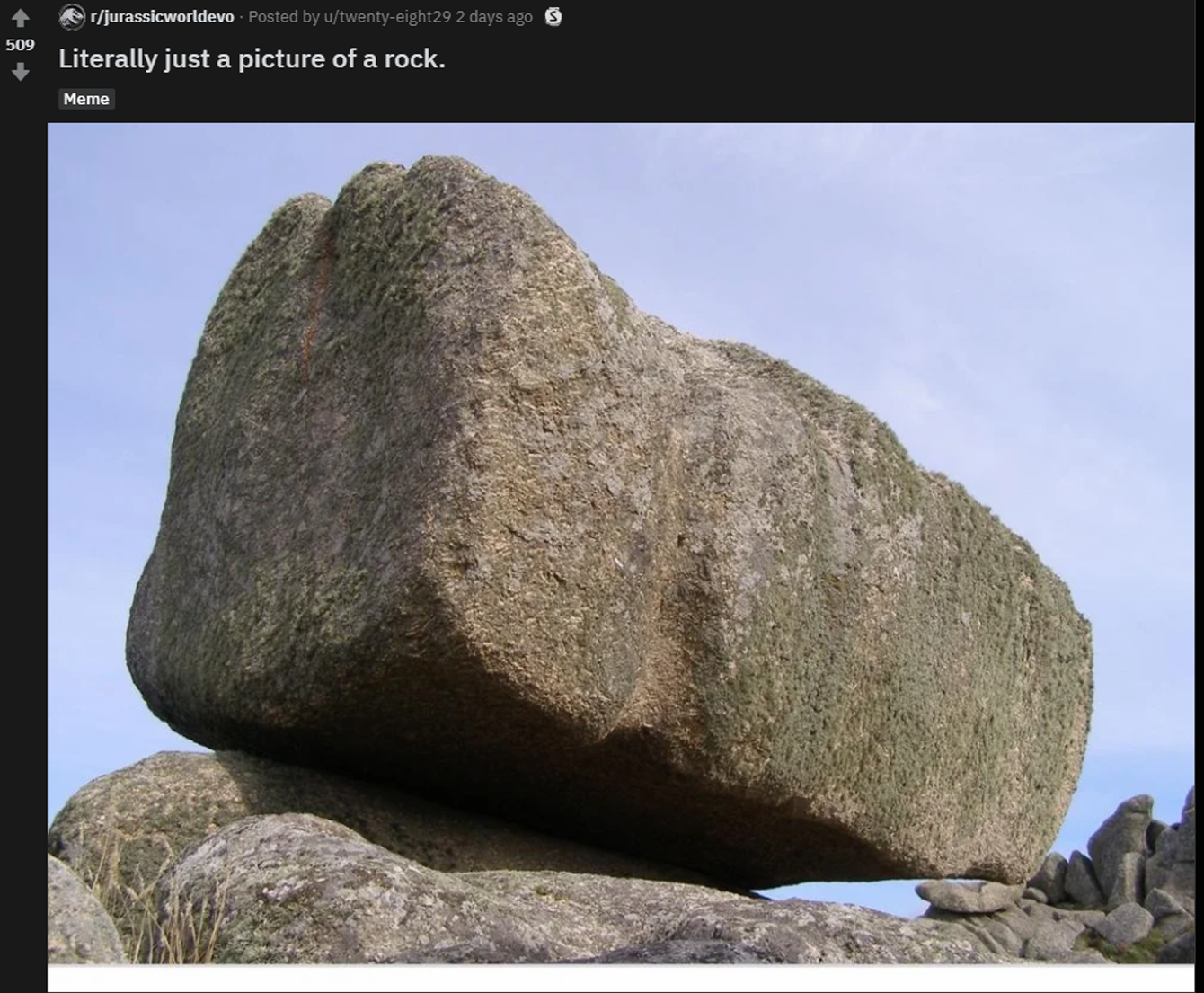 For someone visiting the subreddit for the first time after recently buying the game, it might seem like something strange has happened. Why is the community so excited over some rocks? 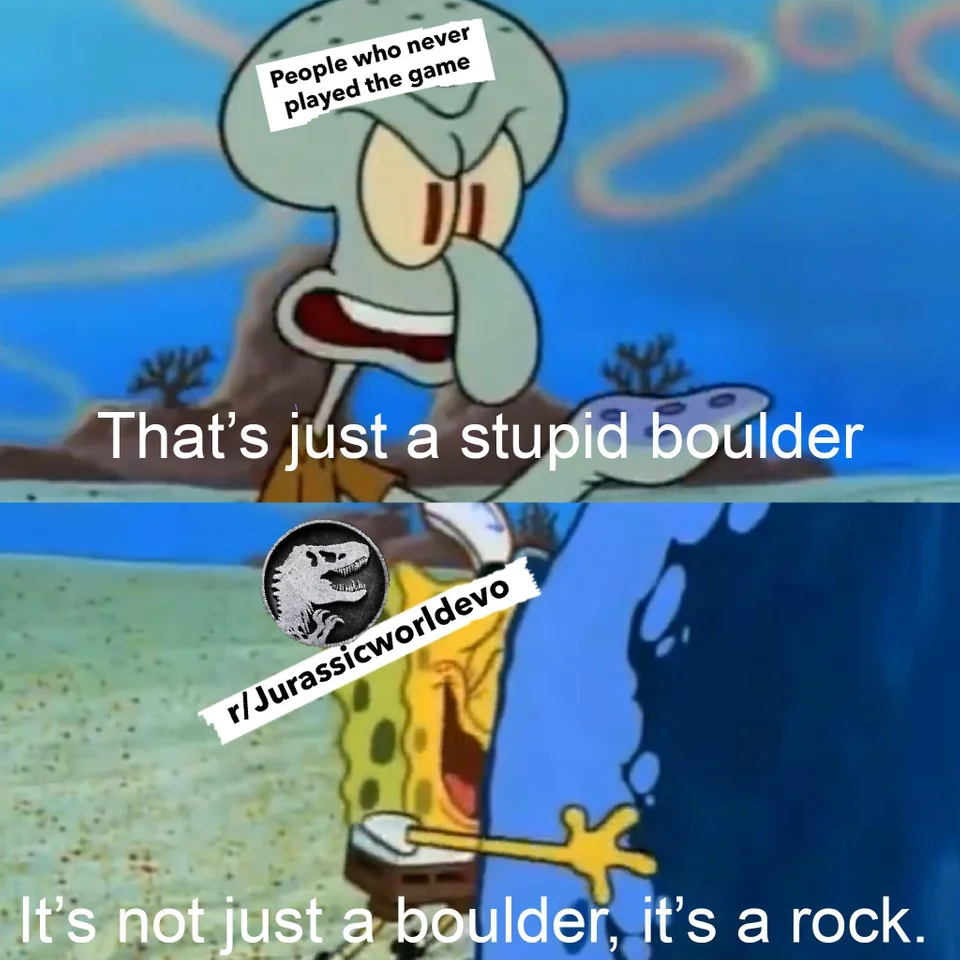 For the last year, the community has been really vocal about wanting better terrain tools and more ways to decorate their parks. Currently, your options are very limited. Fans even used footpaths closely placed together to create pseudo-beaches as they waited for some official terrain editing tools to hopefully be added.

Yet, as fans asked and sometimes angrily demanded these terrain tools, Frontier instead added more dinos into the game. The community was happy to have more dinosaurs to create and feed to bigger dinos, sure.

But the desire for rocks and other decorations continued to grow and grow and grow, until finally when it was announced earlier this week at which point the community exploded into a sea of rock memes. 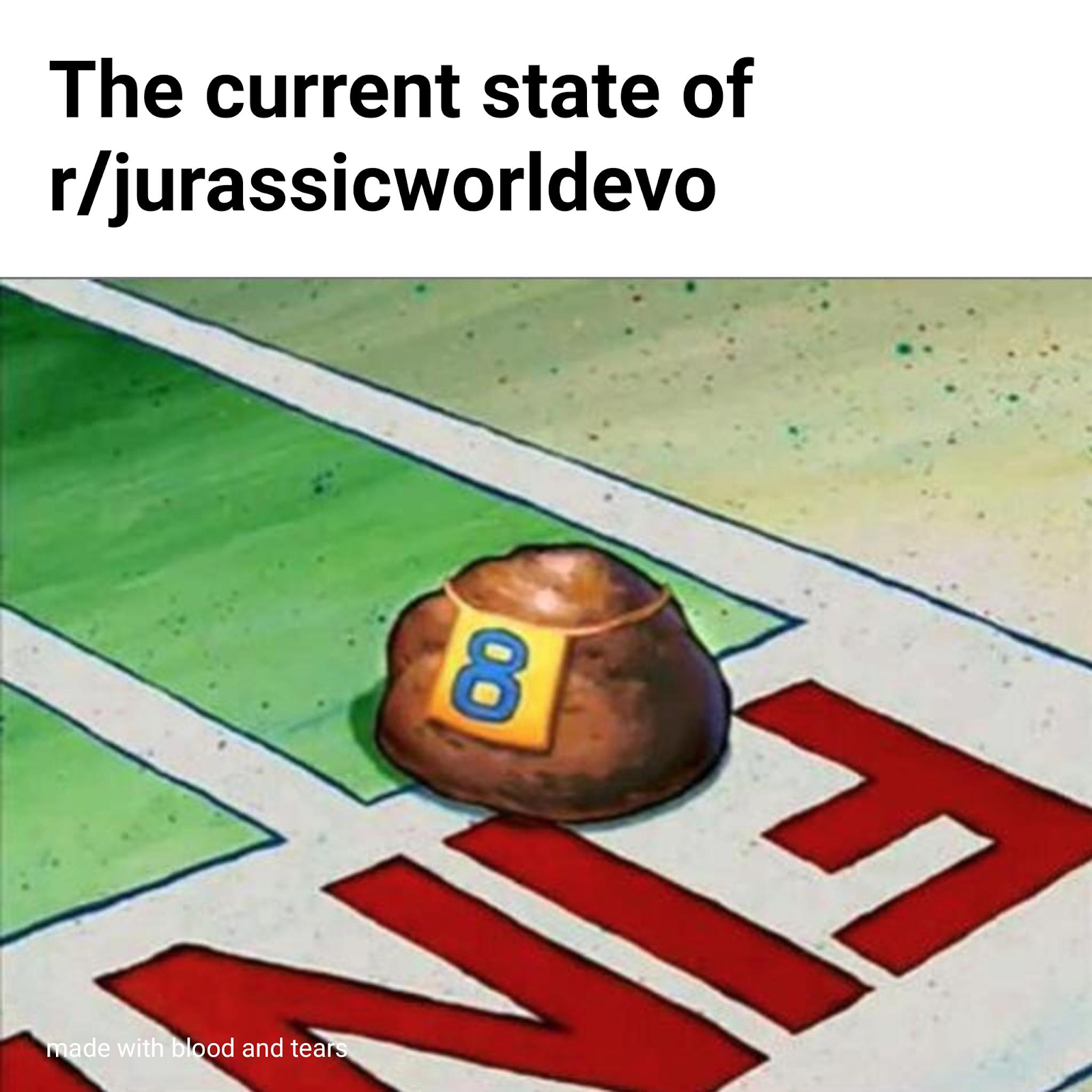 As someone who loves to decorate his parks, this new update sounds like something that will really help to make my parks more my own and make them feel less samey, which is a problem the Evolution currently faces.

Soon you can make your parks more unique or just fill them up with rocks. You can just do that I guess, too.