With little warning Rockstar released a brand new update for Red Dead Online today, marking the end of its beta period. This big update adds more anti-griefing features, online poker, a new revolver, new story missions and side activities, and a piece of clothing the community has been wanting since launch. It’s a huge step in the right direction.

Players can now go to various taverns and other locations and play poker with others. Texas hold ‘em is the only variant of poker available right now, and it plays very similarly to the poker minigame found in the main single-player portion of Red Dead Redemption II.

The poker action here is serviceable, but I do wish there was a bit more interactivity with the table. However, it is nice to finally be able to walk into a saloon, grab a drink and play some cards. For those not wanting to deal with strangers, you can also play with friends and posse members only.

The more fashion concerned will be happy to hear that ponchos are finally available to wear in Red Dead Online, along with some other new clothing items. Players have been wanting ponchos for a while, and when I played today I saw at least two dozen players who had bought the item to wear immediately. During one mission I had a whole group of players wearing them. I was the weird one, walking around without one. For those who don’t want to be left out like me, the poncho costs $173 and comes in a few different colours. 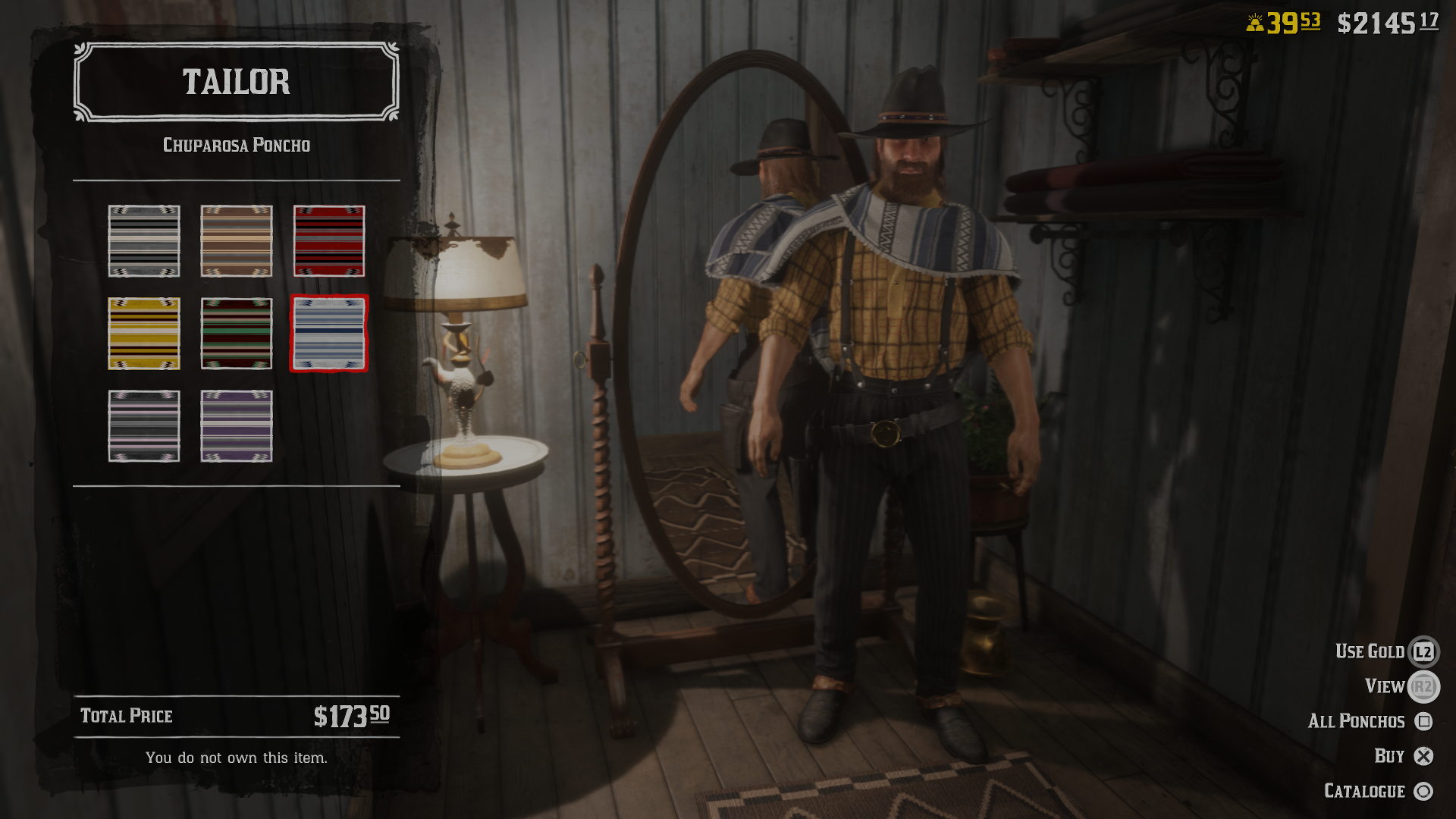 Also added is a new heavy hitting handgun, the Lemat revolver. It can be purchased at various stores in the game. This revolver holds eight rounds in its chamber and can even shoot shotgun shells, making it a very powerful and useful weapon. To get your hands on the new weapon, you will need to purchase it for $317. Beyond new things to buy and the ability to gamble, Rockstar has also added new co-op missions that continue the “Land Of Opportunities” storyline, which involves your character helping a widow get revenge for her recently killed husband.

I won’t spoil what happens. However, across the three new missions, not much occurs until the very end, which feels like the finale of this storyline and series of missions. I’m curious to see if there is more to come after this last mission or what new storylines get added.

The new missions themselves are a nice mix of action and some experimentation. A few different times during various missions players are asked to quickly pick a role or position, such as staying to help protect one NPC or run after another. There is no pop-up for this; instead, the game lets you and your group make these choices on the fly.

A character will ask someone or a few folks to do something, and you can do it or let other players do it. The process is organic and doesn’t use a voting screen or anything like that. In my time with the new missions, I found most groups worked well together and missions never stalled from indecisions. A really unique segment during one mission has players talking to townsfolk and helping them get to various defensive spots around a small town. Players get to choose where to place each resident at various pre-marked locations around the area, then help them fend off a few waves of attacking bandits.

This setup process feels different than other missions currently in the game. I would love to see future missions in Red Dead Online continue to try out new things like this.

Big changes and additions have been made to the way players interact with each other in the open world. Building upon earlier updates that made it harder for trolls to find and kill peaceful players, this new update allows players to defend themselves from hostile players without being marked as an enemy or criminal. Before, players being attacked would sometimes defend themselves and get punished in the process by having their honour meter lowered or being given a bounty.

Players can also choose between two new open world modes, either defensive or offensive. The offensive mode in the open world is how Red Dead Online has always operated: Players can shoot you, you can shoot them and you will both deal with the consequences. All of this ties into the new hostility system. The more of an arsehole you are, the easier you are to spot on the map. Become extremely hostile and players can actually kill you without any penalty or punishment. If you die as a very hostile player you will respawn farther away than normal.

The more hostile you become, the farther away you spawn. Eventually, at max hostility, you spawn in a whole new region. This is very useful for players who are tired of griefers. Now if you protect yourself and kill a very aggressive troll, you won’t be punished and they will be sent far away, giving you time to escape. Rockstar has also removed any daily challenges that asked players to kill other players in free roam, another step to limit griefing and trolling.

In my time with the game today, I ran into only one jerk who tried to steal my horse and shot me. I shot back, killed him and didn’t get penalised for this because they shot first and attacked me, which is nice. Other folks I encountered in the open world didn’t shoot at me or others. It was a more peaceful experience, which I appreciate. 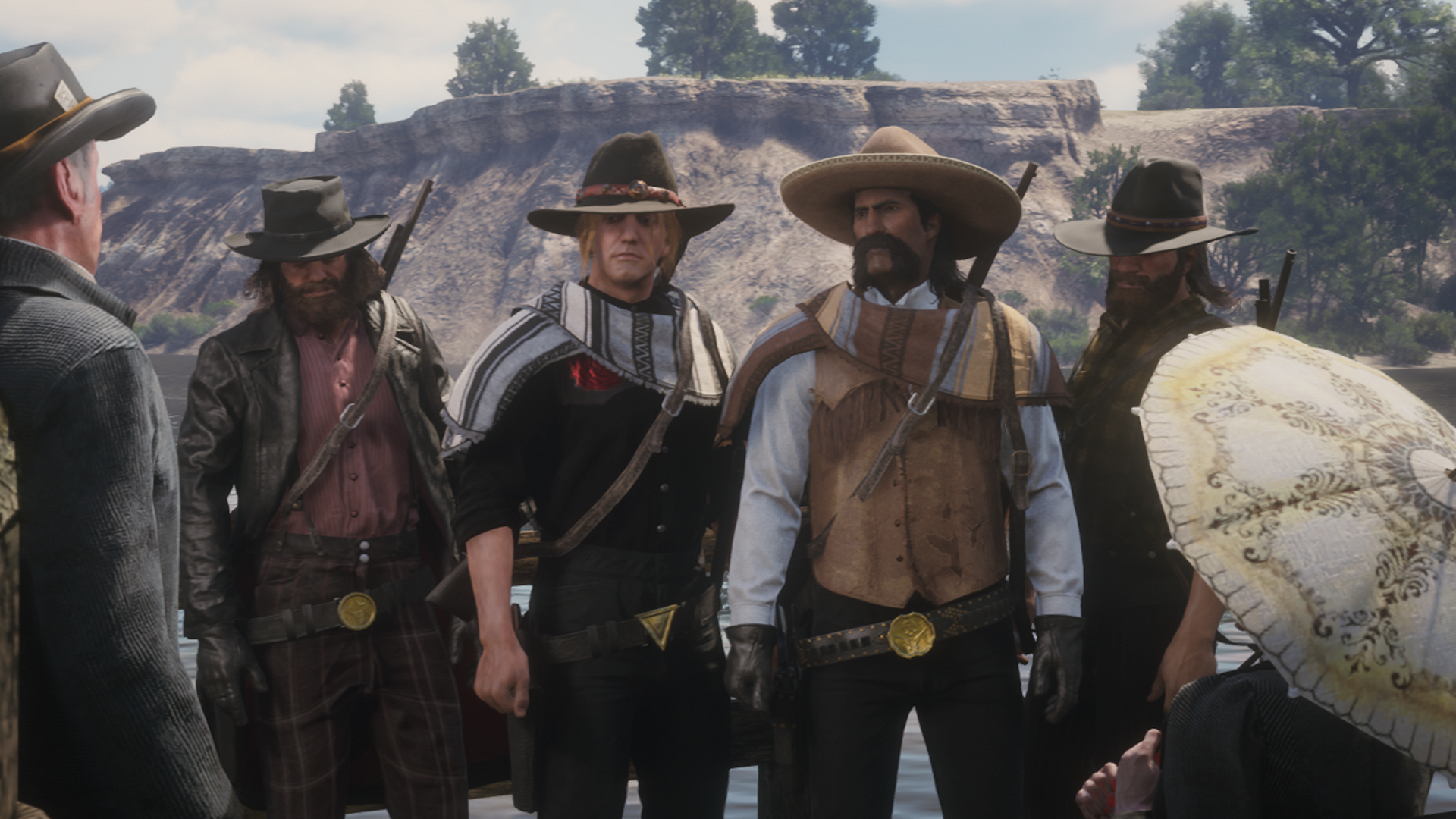 Many of these new additions are making the community very happy. Across the RDO subreddit, players are happily sharing photos of ponchos and poker games. The vibe is very different than the last big update, which even had some protesting in-game via a glitch. Some former players say they’re returning to the game because of this new update and how much better it is than previous updates.

This new update feels like a big and positive step in the right direction. After previous updates filled with small tweaks, overpriced items or mediocre PvP modes, this new update is a huge improvement. It’s hard to say what it means for Red Dead Online to be out of beta when Rockstar has said they will continue to update it, but after today’s changes, I’m looking forward to what comes next.