Lord Of The Rings: Journeys In Middle Earth: The Kotaku Review

I’ve been playing a few board games that use an app lately, but Lord of the Rings: Journeys in Middle Earth is the first one I’ve played that’s been designed from the ground-up with a digital companion in mind.

Funnily enough it’s published by Fantasy Flight, source of most of the other app-based games I’ve been messing with. Descent and Imperial Assault, for example, have in recent years had their traditional board game design retrofitted with apps that do things like run enemy AI and automate some of the administrative busywork. They’re also the company behind XCOM, perhaps the most famous app-based board game, though in that case the software was as much for atmosphere and adaptation purposes as it was a game-changer.

Journeys is different. It’s not a board game with an app that just helps out, it’s a board game where the app — available on iOS, Android and Steam — is absolutely essential. Or at least it is by design. 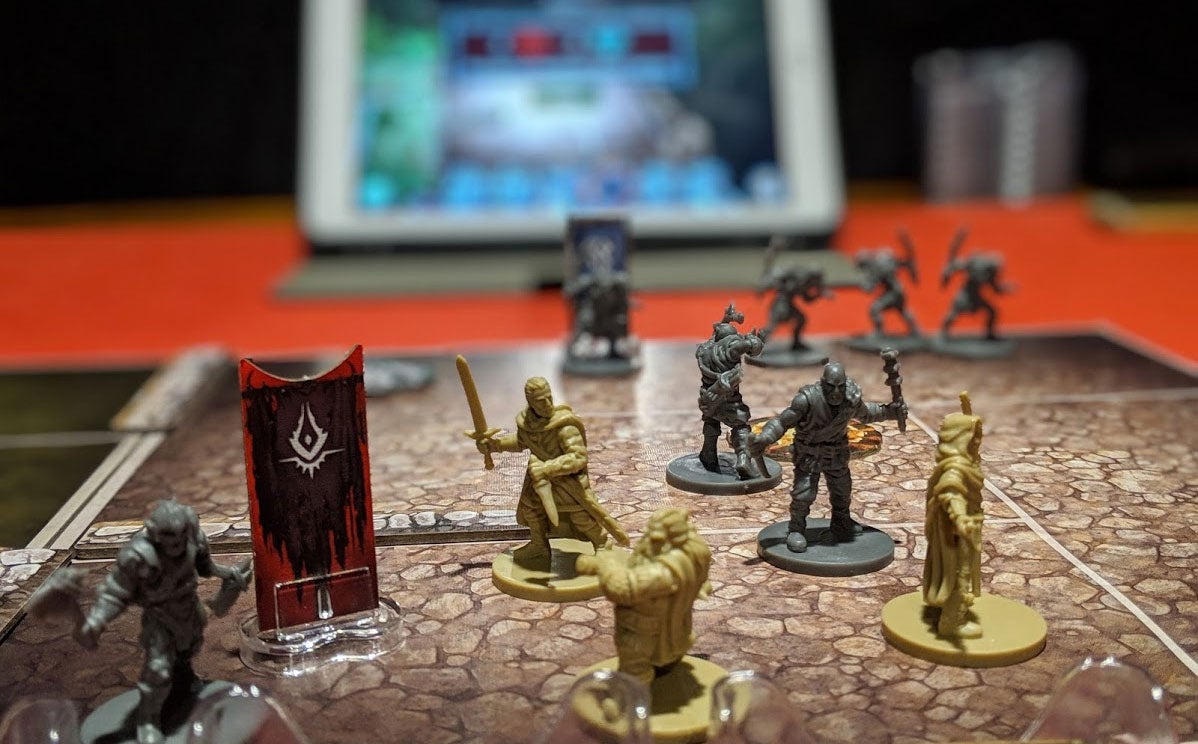 Players (it supports 1-5) choose a character, one of six classes, equip their items then team up and head off into the wilds of Middle Earth, on an adventure that combines exploration with combat. For much of the game you’ll be travelling on an overworld map fighting (or avoiding) enemy patrols while investigating anomalies and tracking down objectives.

Occasionally the action zooms in and you switch to a small-scale tactical map, where exploration gives way to more intricate close-quarters combat rules. Both ask much the same thing of you, though: in true dungeon-crawling fashion you’ll be doing little else but constantly checking, whether to solve puzzles or swing a sword.

In Journeys, this is done with cards, not dice. Every player has a small deck of cards in their possession, some of them drawn from a general pool, others only available to certain classes and characters. Each card has a hit value, but also an effect. These all get shuffled together and are then drawn for checks; if an overworld puzzle requires three wisdom, and your character’s wisdom stat is two, then you draw two cards, and see whether you’ve got enough of the hits to clear. 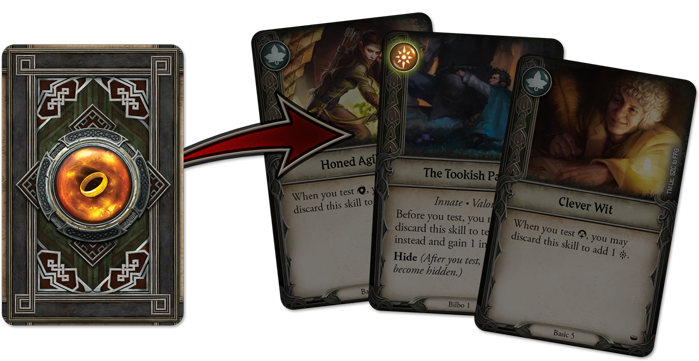 Where this deck comes into its own is that at the start of each turn you can equip one card (and sometimes more of them), and can start using its effect text instead of its check value. Dice can often feel cruel, and while drawing cards still has a large element of chance to it, the fact you can build and later even improve your deck as the game goes on is really empowering. 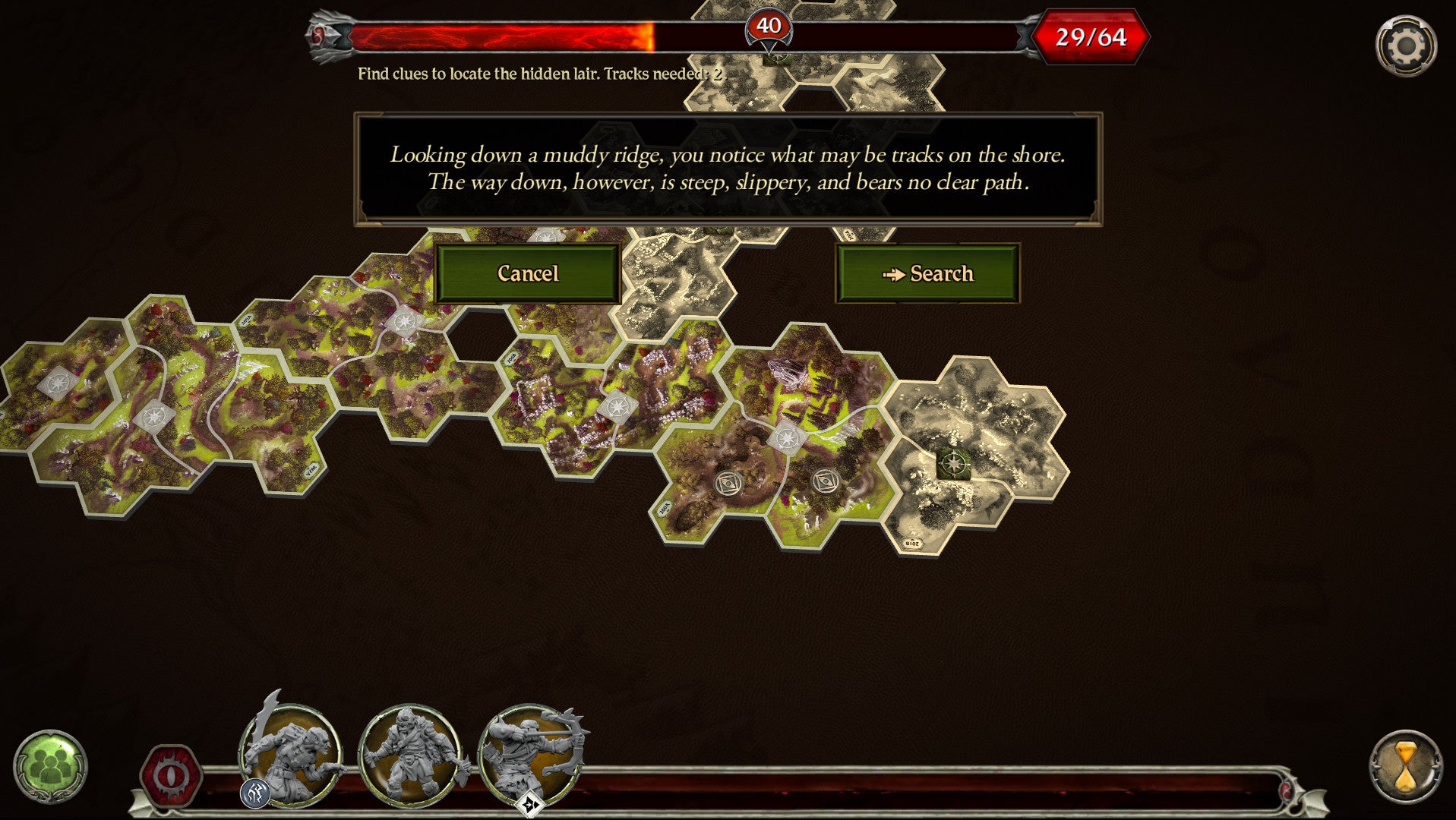 The app builds the world as you explore it on the fly. Once it names a terrain tile on the screen, you have to dig it out and put it on the actual table to match.

Now to the app. The reason we’re here in the first place. It of course does a lot of app-y stuff that you’d expect from a board game companion, like keep track of enemy damage, but in Journeys it also does so much more. It deploys quest markers, handles enemy movement, remembers your core items, provides ambient music and even narrates each mission’s story for you.

It’s most important task is to literally build the game’s world. A Journeys mission usually begins with just a couple of pieces of overworld terrain on the table; exploring and causing the story to unfold will usually expand this, and each time it does the app procedurally-generates more of Middle Earth for you to add to the adventure. I’ve played the opening mission three times now and got a wildly different map each time, while playing with more players will expand the size of those maps and the number of enemies you encounter.

This is a great way of using digital technology to do something that a traditional board game would really struggle with, and the act of literally building Middle Earth around your characters was loads of fun.

Another welcome benefit of the app doing so much heavy lifting was that you can play Journeys solo and get the exact same experience (mechanically, if not socially), which I appreciated. It really helped me learn the rules before playing with friends by streamlining an early campaign playthrough, and was even fun in its own right, a rarity for me and singleplayer board games.

One downside of the app is that there’s a lot of reaching across the table to input data.

While I’ve carved them up neatly in this review, when it comes to actually playing Journeys the board game half of the experience can’t be separated from the app. The latter isn’t just here to help the former, it’s woven through it in a way that I haven’t experienced in board games before.

Most of the time this was great, but I also couldn’t shake the nagging sensation that at times there was something missing in the union of the two worlds. It’s a bit inconsistent with just how much of the work it wants to do; sometimes it’ll completely take over and walk you through very carefully-curated steps (like during combat), while at other times (like exploration) it’ll just sit there.

None of that’s a problem with the game. The rules underpinning everything are fine, and when everything’s humming I had a great time. It’s an issue with the pacing and amount of control coming out of the app, which at times had me wishing it could have made up its mind and either settled for being a board game (when it automates some of the physical things that make board games to tangible) or a video game (when it keeps asking you to dig through a pile of terrain tiles every four minutes to expand the map). 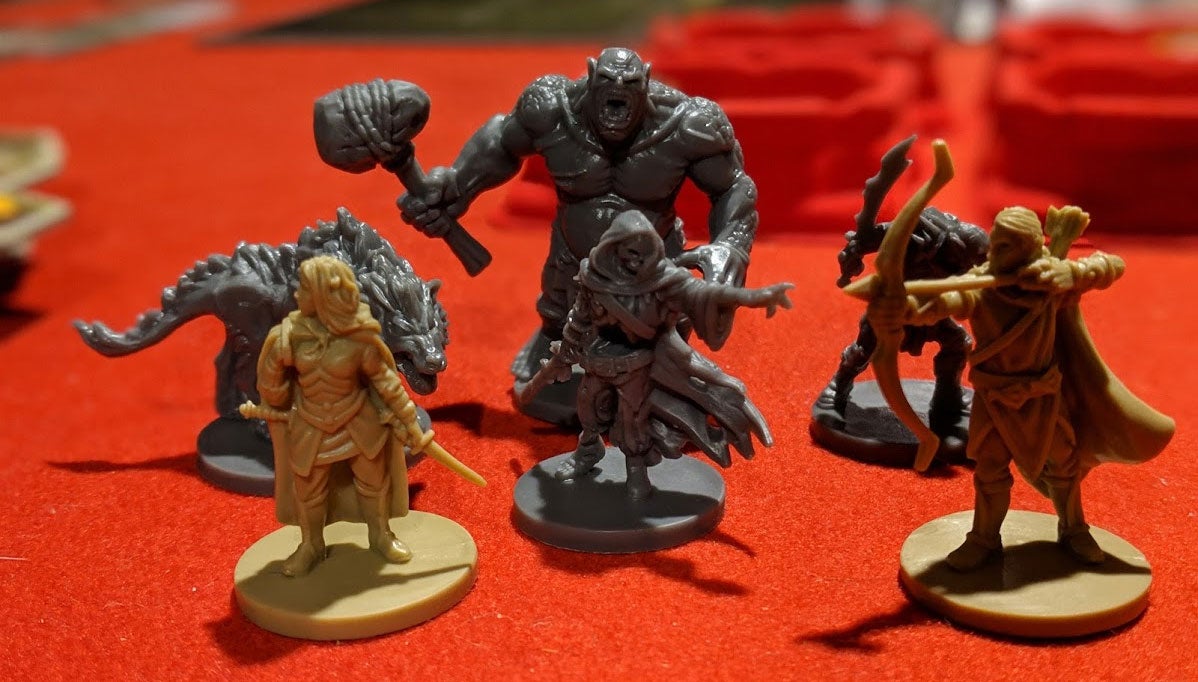 Thankfully those concerns are incidental ones, not a constant pain in the arse, and most of my time with Journeys was spent adventuring and fighting and the app did its job pretty well. It’s a fast, streamlined dungeon crawler, a great way for a small crew to spend a night (or a few weeks, the app saves your progress, of course) adventuring together.

As Fantasy Flight continue to integrate apps more and more into their design, though, it’s clear that there’s still a bit of balancing and honing yet to be done before it all feels fine and normal and worth it.