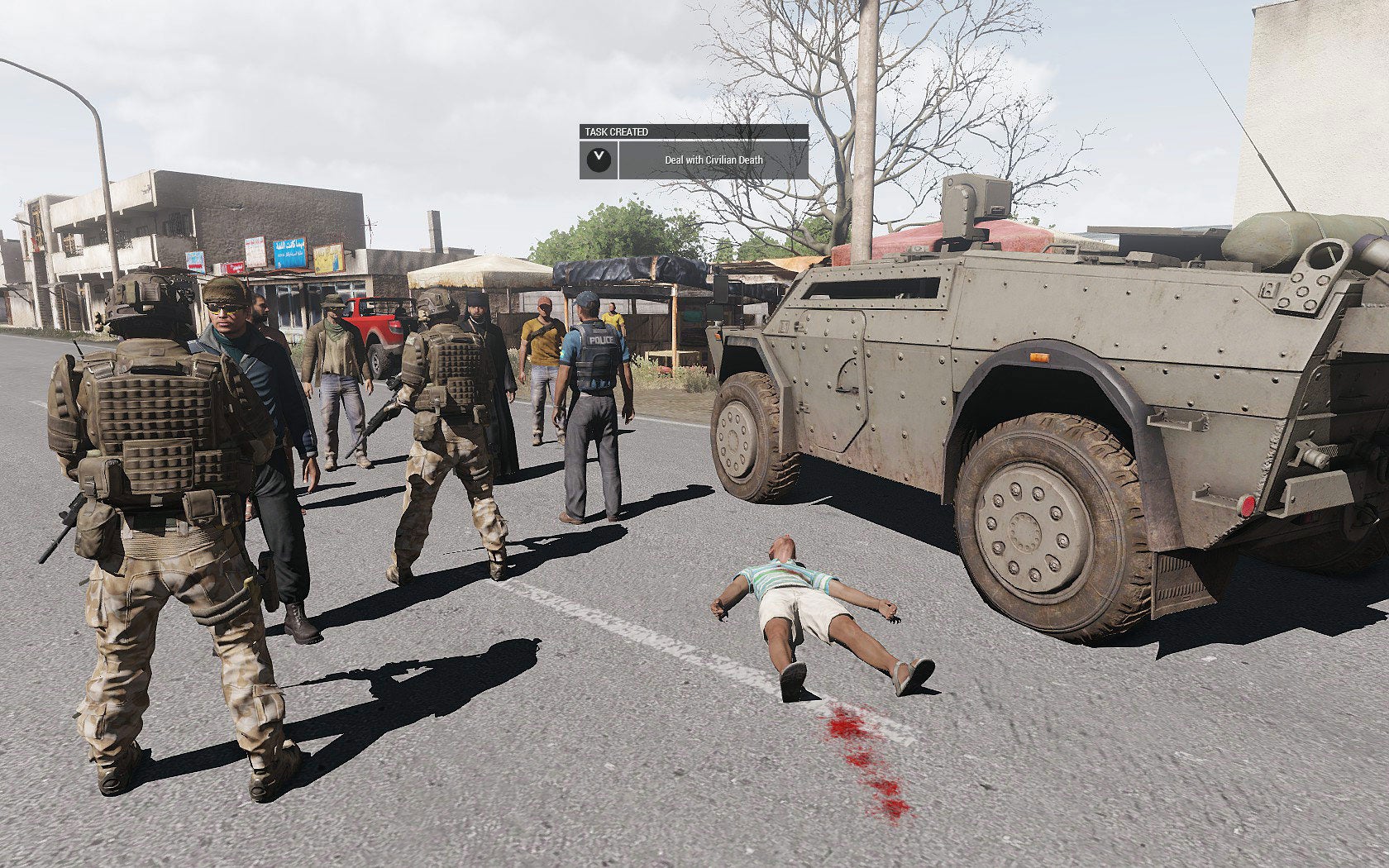 ArmA 3 is a shooter that prides itself on its authenticity and attention to detail, but as far as the official experience goes that usually only extends to the Xs and Os of the battlefield itself. A new mod called Guilt & Remembrance is looking to make things a great deal more complex.

Made by Nicholas Musurca, a screenwriter from LA, Guilt & Remembrance is a mod “for handling civilian deaths, reparations, and war crimes in Arma 3″. It functions by introducing a set of shared communications, options and potential penalties every time a civilian in the game is killed by a player, whether directly or indirectly.

What follows is going to reduce a complicated and emotional matter to one of function in a video game, but then that’s partly a point of the mod. Whenever a civilian is killed in a multiplayer game, every member of the responsible player’s team is notified, and the body’s location is marked on the map. 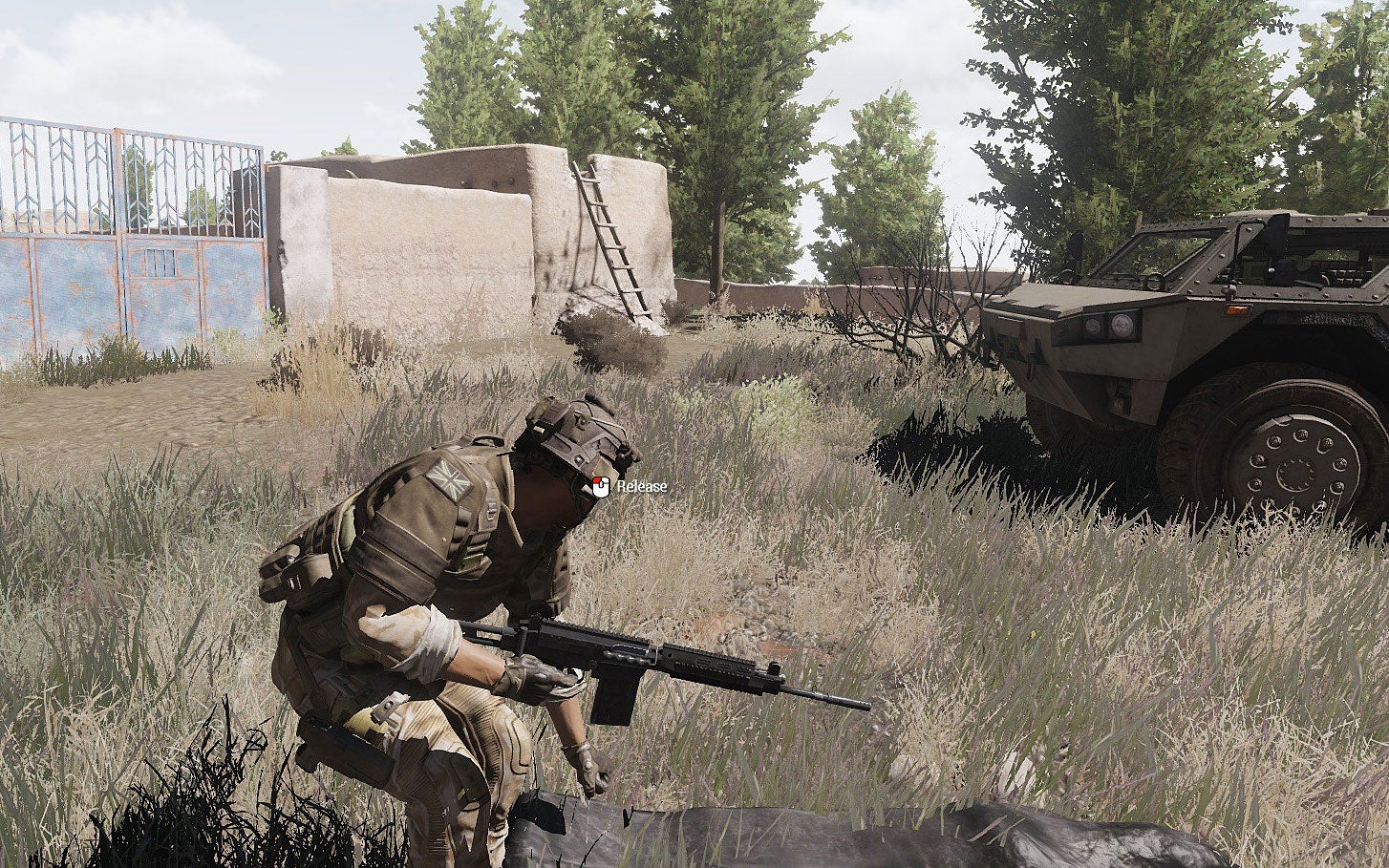 The player who killed the civilian—and it doesn’t matter if it was intentional or not—is then faced with a choice. They’ll have a new mission objective added that requires them to deliver the body to a member of the civilian’s family, which will be randomly-generated as living in one of the houses on a map within 20km of the incident taking place. When buried, a grave marker will appear with a name on it.

“So the task isn’t mandatory in the sense that the game forces you to do it immediately”, Musurca tells Kotaku. “But since Arma 3 is such a social game, the mod is designed to create a situation that produces social pressure. As soon as you kill a civilian, you’re told the civilian’s name and age, and everyone else on your side is immediately told that you’re to blame. The event is written down in a global diary, and the task simply won’t go away from anyone’s list until it’s completed one way or another.” 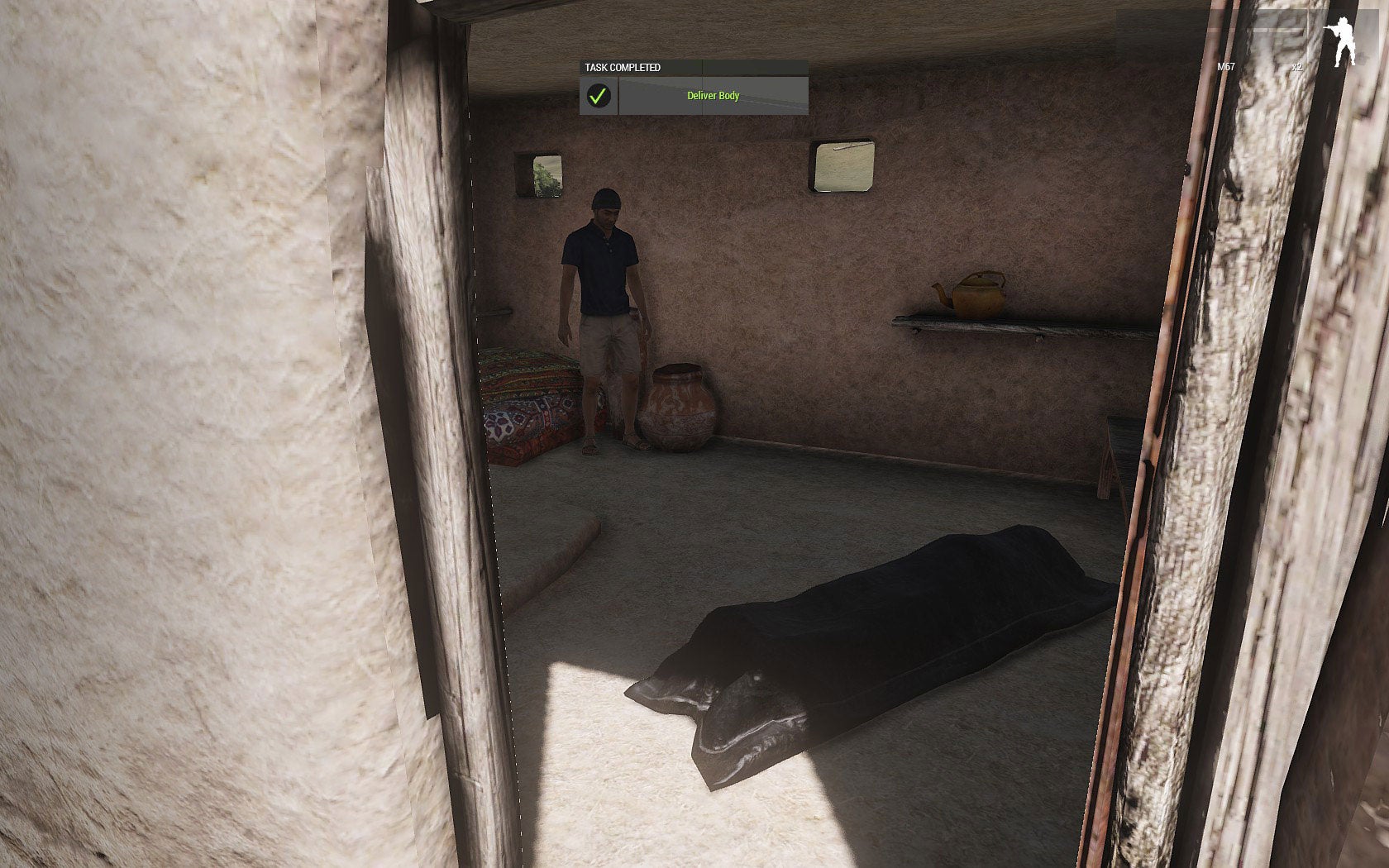 Musurca says “one way or another” because players are presented with two options on how to handle a civilian death. They can deliver the body as stated, or they can try and cover it up. This involves taking the body “at least 300m away from a populated centre, burying it, and striking off the dead civilian’s name from the grave marker.”

“All of this is just intended to produce a strange and private encounter for the player”, he continues. “In Arma, kills usually happen at long range—but now you have to handle a dead body intimately: sliding it into a body bag, carrying the weight of it to a car, presenting it to a family member in their own house. Or if you choose to conceal the death, you have to carry the body into the wilderness, dig the grave yourself, and carve the dead man’s name off the marker.

(If someone else comes upon the grave and attempts to read the marker, they see only that “someone has scratched the name out on this grave.”)

“This is all presented to you without judgement.” 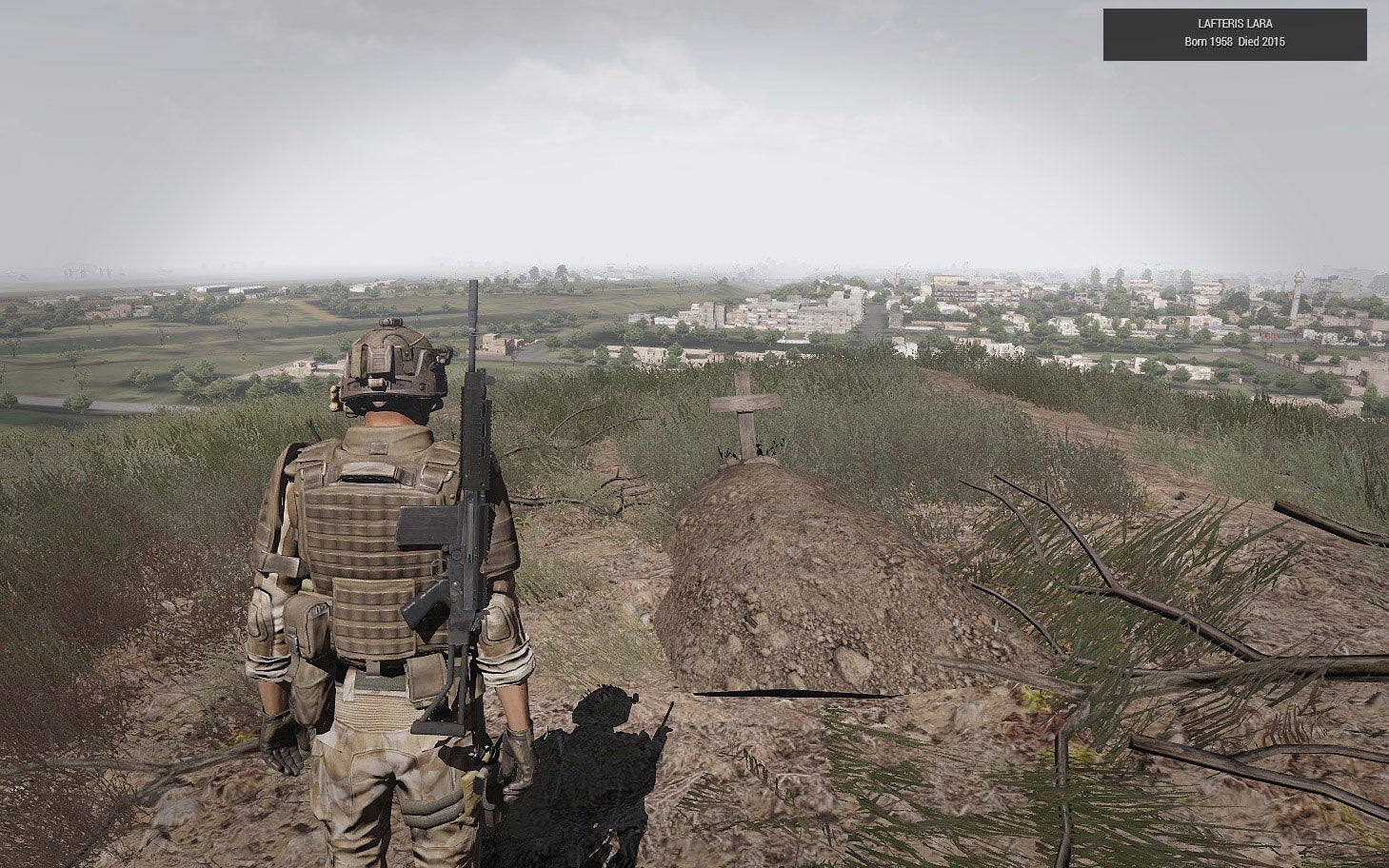 If you want to try the mod out, you can download it here.