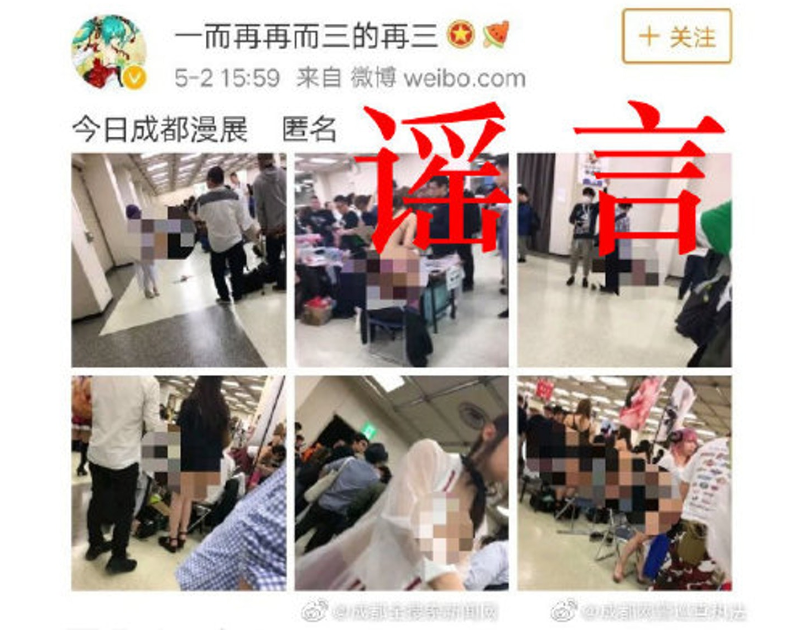 The images were taken at the adults-only cosplay event Cosholic in Japan and not at World Line Comic-Con. The photos don’t appear to depict any nudity (the blur pixels makes the images look even more risqué), but Cosholic cosplayers typically push the envelope, clothing-wise—or rather, lack thereof.

Excite reports that the police in Sichuan said that the suspect knowingly misrepresented the images to spread false news.

According to iFeng, the police arrested the suspect on May 14 regarding the posts. The authorities warned other Weibo users in China to be careful about their online behaviour.