Mordhau is a medieval multiplayer fighter named after a German sword technique from the Renaissance era in which knights hold their weapons by the blade and try to bash their opponents heads in using the pommel. Like its namesake, Mordhau is slow, awkward, and bloody, but for some reason, I want to keep playing.

To develop the game, Slovenian game studio Triternion created a Kickstarter campaign in 2017 that raised $424,235. They wanted to combine organic, free-flowing combat with the arcade-fuelled chaos of 64-player skirmishes. It features all sorts of weapons, a handful of different maps and game modes, and even horses you can mount to gallop into enemy ranks or, more likely, the barricade wall.

Though Mordhau only released yesterday on PC, it’s already generated a lot of buzz on Steam and Twitch, and rightly so. Despite the small budget, somewhat janky physics, and a host of server crashes and launch-day bugs, there is something irresistibly fun about running around clashing swords with dozens of other people while the death toll piles up in a frantic heap. 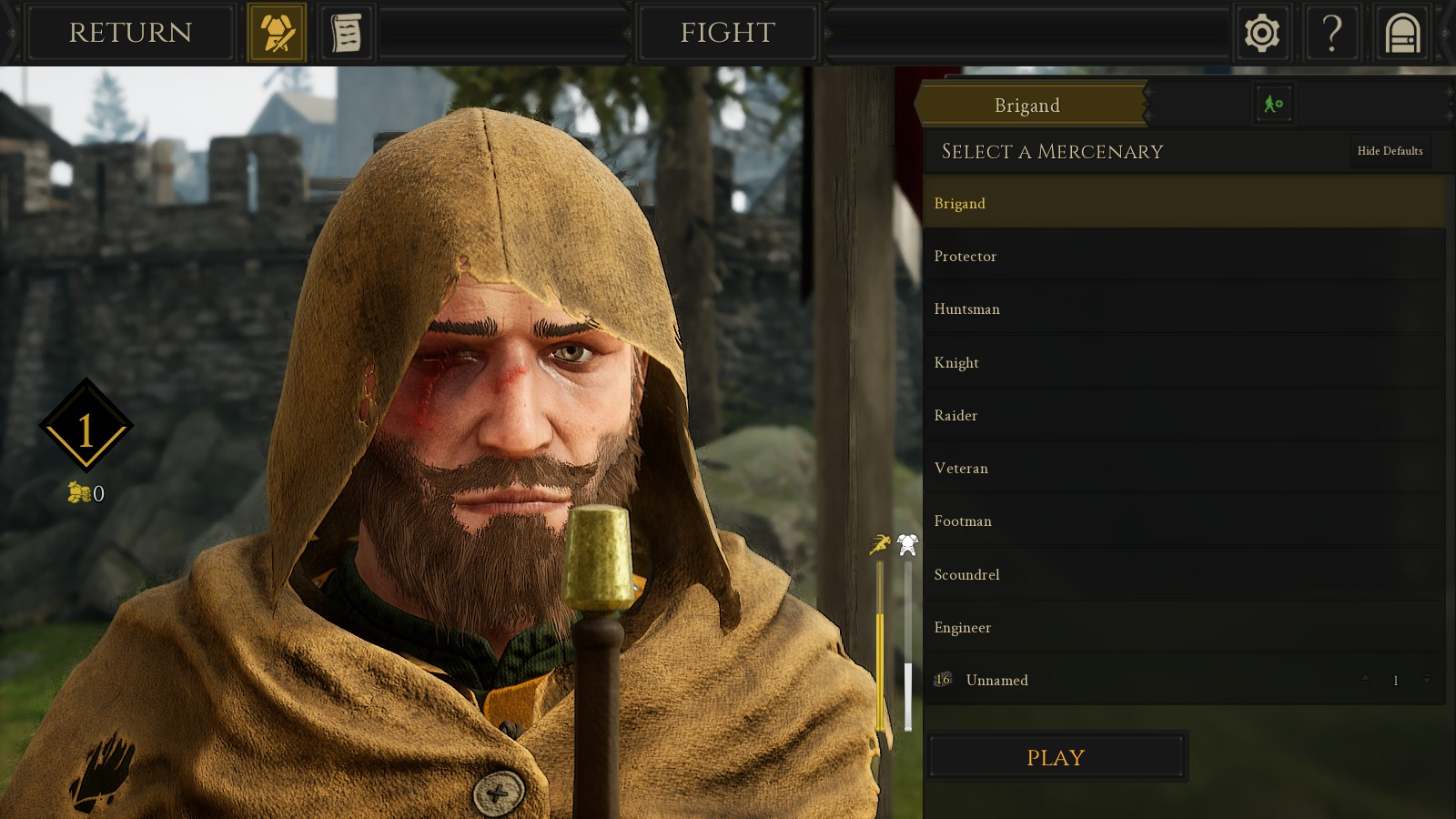 You spend most of your time in Mordhau swinging weapons. If your cursor, which also controls your first-person field of view, is near the horizon, you’ll chop at your enemies in that direction. If it’s above or below you’ll do corresponding hacks from those directions. To parry, you press the right mouse button. To stab, you scroll with the mouse wheel. What’s special about Mordhau is the way it lets you string these moves together into slow but methodical patterns of attack.

You can, for example, begin swinging your sword, than cancel that attack to bait out a parry from your opponent before stabbing them in the face. Or you can begin with a swing and switch to a stab. And instead of using parry to block attacks, you can counterswing at the last moment to deflect your opponent’s weapon and immediately go into a strike of your own.

On top of all that, you can grab your sword by the opposite end and begin the attack anew with a whole other set of animation timings to be cognisant of. It feels heavy and substantial, and while it’s straightforward on paper, it’s easy to make a complete mess of it and get your head lopped off in a few seconds during the heat of battle. 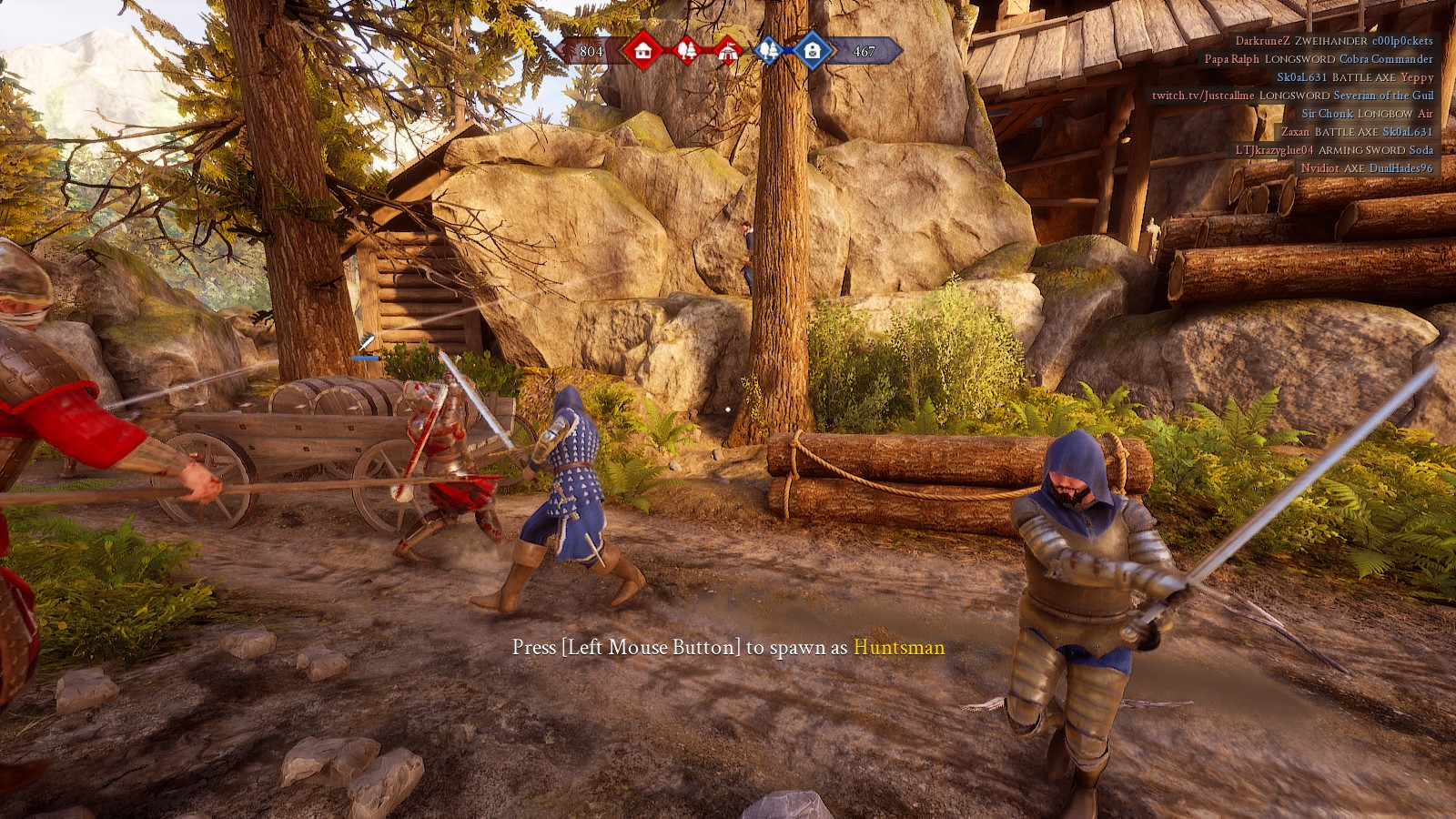 Mordhau’s battles currently include an objective-based tug-of-war, a player-vs-AI horde mode, and a battle royale deathmatch. In the tug-of-war mode you can respawn as a variety of different classes. There are knights wearing heavy armour, lancers good for taking out enemy horses, and even engineers that can lay down barricades and help repair objectives. There are also archers, which are fabulous when you need a break from tense duels and want to try and take out enemies from afar.

The drop-off in arrows after you fire them is steep, and aiming for too long will lead your character to grow tired and end up firing way off target before being penalised with a long reload animation. Plus, really good players can parry incoming arrows. Even so, some of the most fun I’ve had playing Mordhau so far revolved around me hiding behind trees trying to hit enemies in the back as they were locked in battle with my teammates. When one of them spotted me and hacked right through my short knife as I tried to parry, it felt like the circle of medieval combat had been fulfilled. 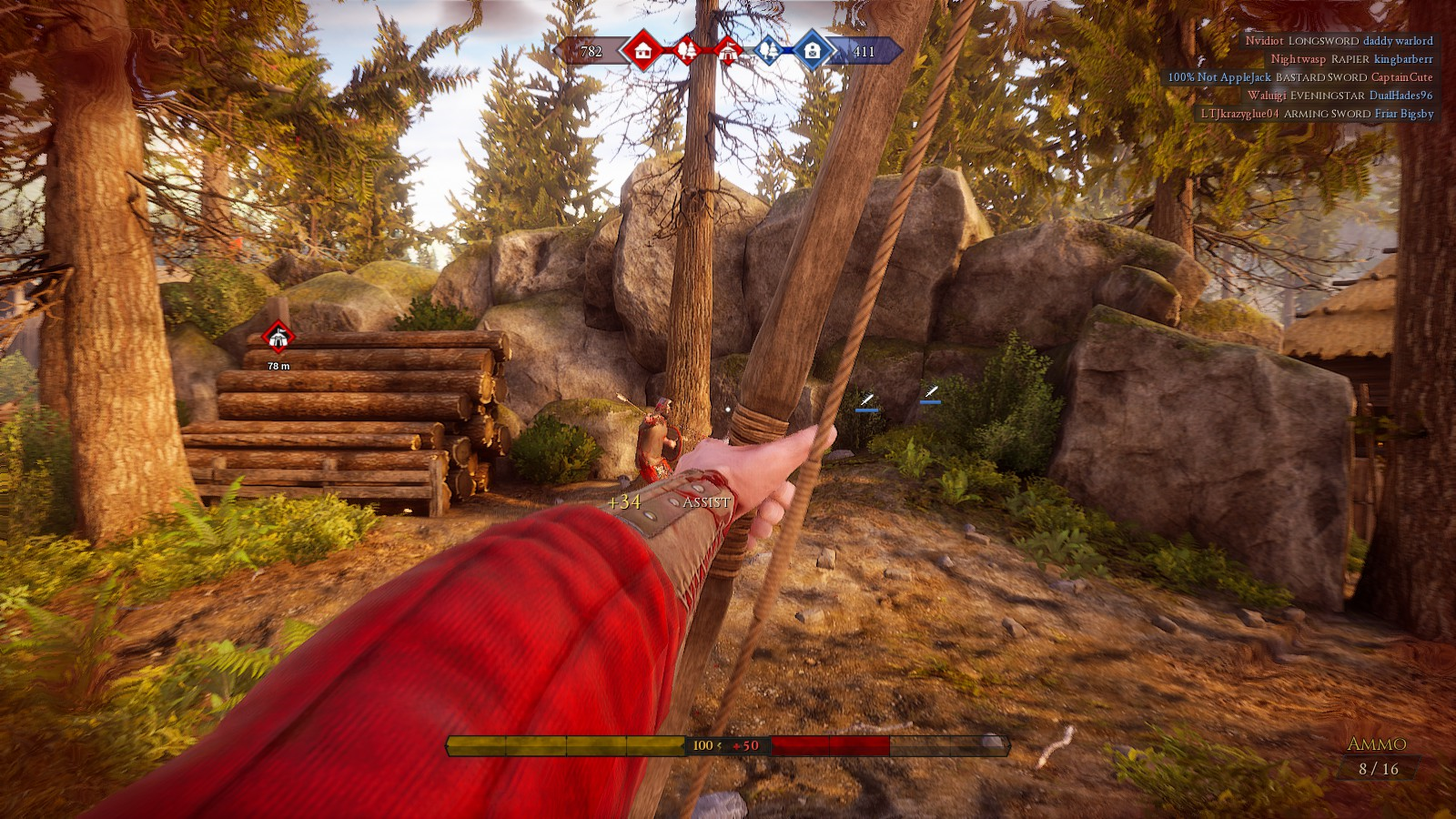 The battle royale mode is more intense. Instead of respawning with your preferred loadouts intact, you start with nothing and have to scavenge for better gear or steal it off the corpses of your opponents. Punching in Mordhau follows the same principles as other weapons, so melees early on still feel strategic and dramatic, unlike the flailing contest of battle royale shooters like Apex Legends.

From there, you can pick up rocks, hammers, and meat cleavers, all the way up to sturdier and more lethal weapons like the two-handed zweihander. I’ve never lasted long, but the soundness of the game’s underlying combat makes me feel like I can take survival into my own hands by better mastering different tactics.

That said, Mordhau is far from a smooth, seamless experience. I’ve had dropped matches and a handful of deaths where someone killed me from several steps away because I was lagging. I’ve also struggled to level up my character thanks to an experience-point glitch that the studio is currently working on resolving. Mordhau feels somewhat similar to the early days of PUBG in that regard, although it’s impossible to tell if it will continue to grow and improve or simply be another flash in the Steam pan.

If you’ve ever wanted to play a medieval game where you can take of the pommel of your sword off and throw it at someone while they’re running away, Mordhau already has you covered.