Mordhau Players Glitch Out Of Map To Troll Each Other

One upside of multiplayer games from smaller developers is that they can take risks bigger games might not. Mordhau fits that bill, eschewing traditional shooter mechanics in favour of finely-honed sword swinging and lute plucking. The downside is that smaller games can end up jankier than their bigger counterparts. Case in point: Mordhau players have figured out how to glitch free of one map’s bounds.

The map in question is called Contraband, and while breaking free from the walled garden of endless gladiatorial shenanigans takes some doing, it’s entirely possible. Some players, like _pepsi_, have used this for relatively humble pursuits, like visiting the edge of the world: 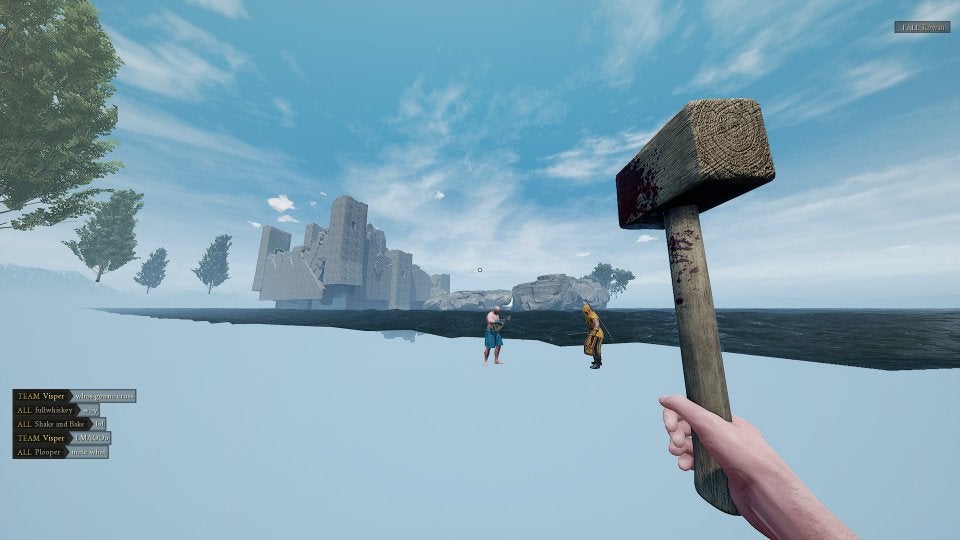 Others have figured out that Contraband’s character select screen is actually housed in a typically off-limits portion of the map, so of course they’ve barged into it and started playing classic medieval lute hits like Luis Fonsi’s “Despacito”:

People have found a way to go out of bounds in Mordhau and physically reach the character select screen location on maps pic.twitter.com/BzhGUzkd55

Lastly, there’s In Pu, who used the glitch to create art. They decided to make a music video out of their misadventures skipping atop the ocean waves like some kind of Naruto and ruining people’s days with off-screen arrows. Naturally, they set their artfully edited video to the painfully ‘90s sounds of “Ocean Man” by Ween:

Mordhau’s jankiness is good, actually, when it results in stuff like this. Well, unless you dislike the idea of having “Ocean Man” stuck in your head for the next several weeks.