If you play Magic: The Gathering Arena and you’re anything like me, you probably burn through earning your weekly allotment of new card packs and gold on the first day. Fortunately for us, Wizards is adding a new set of free weekly events, each with a specific theme and unique rewards.

Called War of the Spark Chronicles, the event goes from May 23 to June 27 with each week highlighting a different story beat from the game’s latest expansion by having players duke it out in different formats. For example, the first week’s mode is called Ravinia at War.

In it, players can utilise the Momir mechanic to pay extra mana and discard cards to send random creatures to the battlefield and simulate the all-out smackdown that kicks War of the Spark off.

Here’s the breakdown of each week: 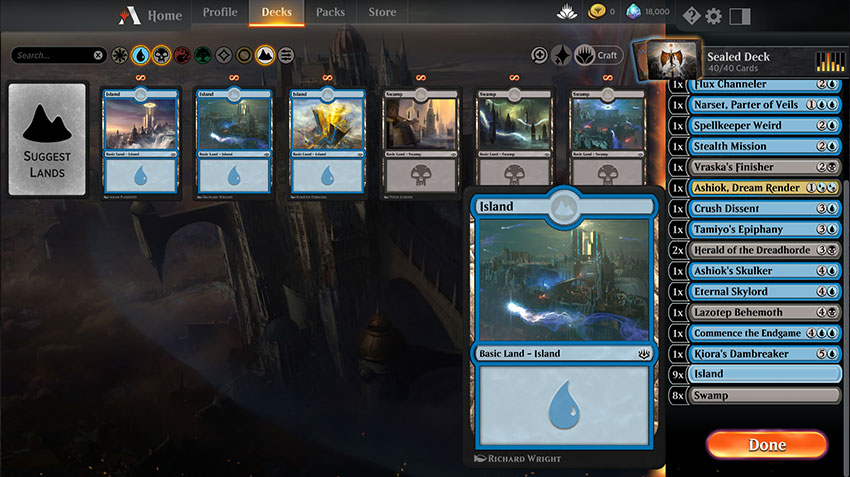 MTG Arena is also getting a straightforward but super-exciting new feature in its next update: the ability to choose the art for the lands in your deck. Right now lands are added to your deck automatically based on the number of each type you want.

But as any MTG fan knows, not all lands are created equal, and the illustrations on the cards go a long way toward making the experience of playing feel, well, magical.