New holotapes have led players on a hunt for clues about one of Fallout 76’s most recently-added vaults, and what connection the gamemight have to the rest of the series.

Fallout 76’s May 7 update added a number of new features, including player-owned vending machines and a new vendor for legendary items at train stations. It also added something that wasn’t in the patch notes: mysterious new orange Vault-Tec boxes with holotapes inside that hint at a computer system gone haywire deep in the bowels of Vault 51.

The first, discovered just south of Morgantown, consisted of a man appearing to come out into the wasteland for the first time, stunned by his surroundings. “Where… the hell… am I?” he says. “Doesn’t matter. Where was the other one again? Tower. River. Fork.” Those last three clues led players to a second orange box near the Flatwoods radio tower.

“This part of the world is over. Might as well be the entire world from the looks of it,” the man says this time. “I swear on every soul it took. Every soul I took. That I’m gonna unplug that goddamned bucket of bolts.” 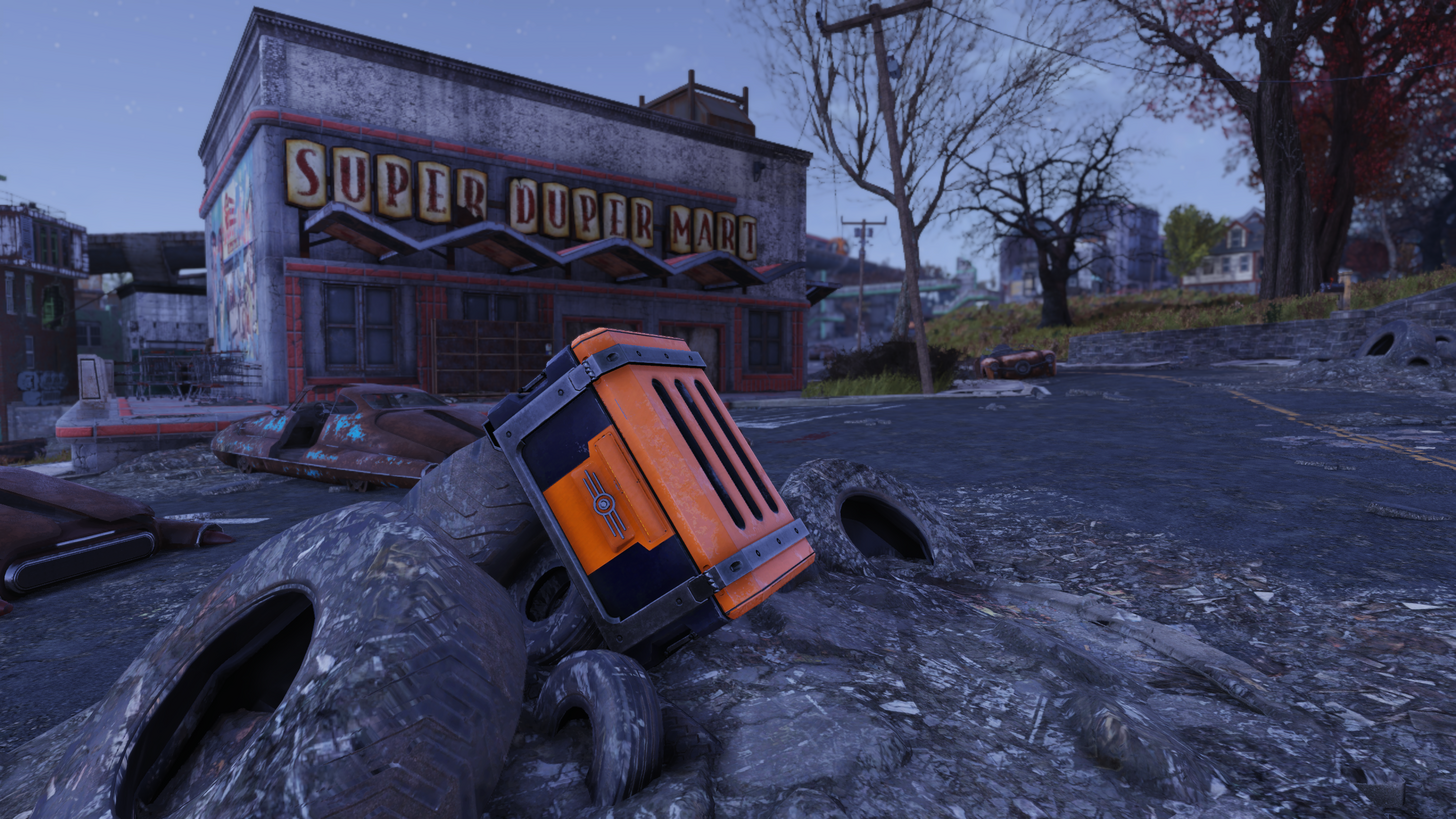 He concludes the second holotape by saying he has to go north for Reclamation Day, presumably to Vault 76. In the woods just south of that vault, players found a corpse. There was no Holotape this time, just a simple, hand-scrawled checklist:

ZAX is the name given to a series of supercomputers developed by Vault-Tec to help various parts of the government analyse complex data. It first appeared in Fallout 1‘s West Tek Research Facility. In Fallout 3, President John Henry Eden, the leader of the Enclave, is also revealed to be a ZAX artificial intelligence.

Now that it’s been mentioned in Fallout 76, players are wondering what that will mean for what’s inside Vault 51. The vault, one of several unopened ones currently in the game, was added in a March update. This is the first time that Bethesda has given any clues about what might be inside. While some players had hoped that there might be non-player characters hiding in some of the Vaults, the newly discovered holotapes seem to indicate that Vault 51 is home to, at least, a rogue AI.

Whether it’s something players will have to team up together to fight, or part of a different sort of quest, the discovery has some people wondering if the ZAX unit in Vault 51 will end up connecting Fallout 76 to Fallout 3 in some way, possibly providing clues as to how the ZAX AI in the latter became self-aware and powerful enough to take over what remained of the U.S. industrial complex later on in the series’ timeline.

Of course, we won’t know anything for sure until the vault finally opens, which will likely be sometime before the end of the year based on the game’s 2019 roadmap.

Even so, having new mysteries in the game that help tether what has been a somewhat disappointing Fallout game to others in the series has been a nice reward for players who have continued to stick with 76.