Plants Vs Zombies Is Ten Years Old, So Here’s A Look At Where It All Began 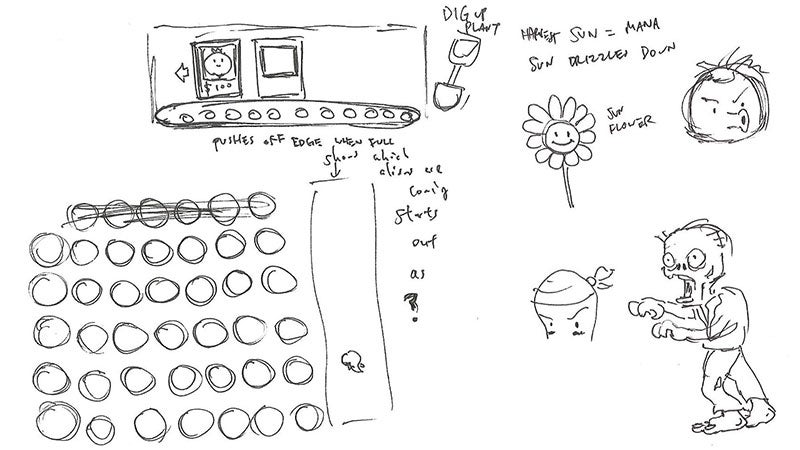 One of the main reasons I run Fine Art every night is that I’m fascinated by the earliest origins of the characters and worlds that we love. And it doesn’t get much earlier than these sketches laying down the foundations of classic tower defence game Plants vs Zombies.

To celebrate the series’ tenth birthday, creator George Fan has been sharing some early notes on Twitter, including this sketch that basically lays down the entire design and layout of the game in a way that’s instantly recognisable to anyone who’s seen the polished, final product.

It's only when I drew this zombie that the game truly became Plants vs. Zombies. Before this you were fighting the aliens from Insaniquarium pic.twitter.com/M7BTNfxIGO

It’s crazy how that rough doodle ends up being so close to the final design: 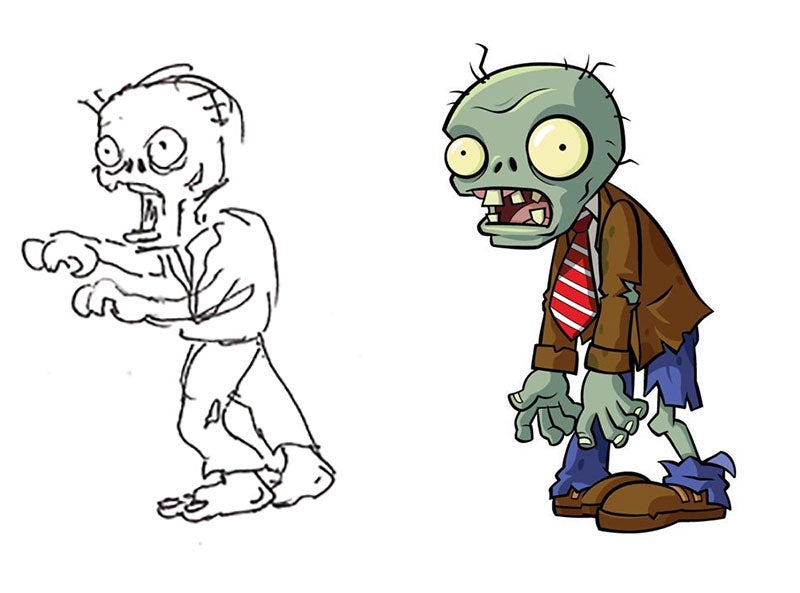 In addition to the sketch Fan has also been sharing design notes alongside them, like the game’s Magic: The Gathering inspiration:

Inspired by Magic, early prototypes had you building a deck of seed packets and the game would draw from that deck and send them down a conveyor belt for you. You can see remnants of this through the conveyor belt levels in the final game. pic.twitter.com/tgfyobu2uJ

George is going to be sharing more PvZ notes from the archives through the week on Twitter, so stay tuned if you want to read up on more stuff like this.