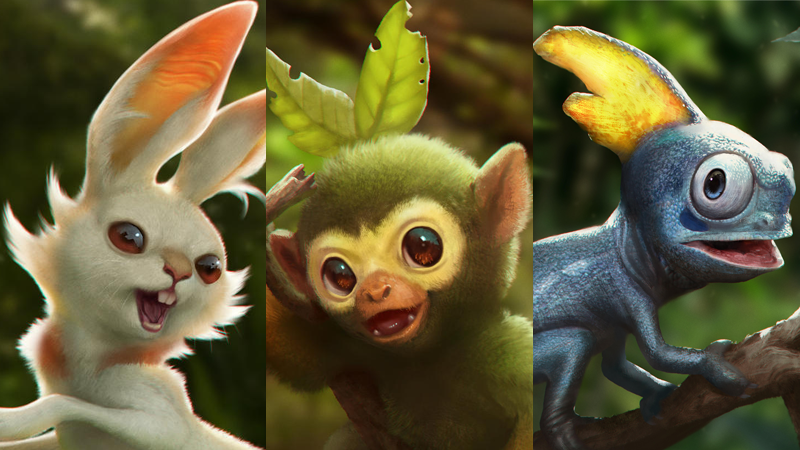 It’s a fantastic time to be a Pokémon fan, between the arrival of Detective Pikachu in theatres and the two brand new mainline games, Sword and Shield, coming to the Switch later this year. But what if we could have the best of both in one go? Well, artist RJ Palmer is back to imagine just that.

Palmer currently works at Ubisoft, and went viral a few years ago for his series of pieces re-imagining realistic takes on Pokémon, which ultimately landed him a job helping to develop Detective Pikachu’s own realism-driven take on the iconic design work of the Pokémon world.

He already indulged fans a few months ago when Pokémon Sword and Shield was first announced, dropping his own take on one of the three new “Starter” Pokémon gamers will encounter in the Galar region: the water-type Sobble. 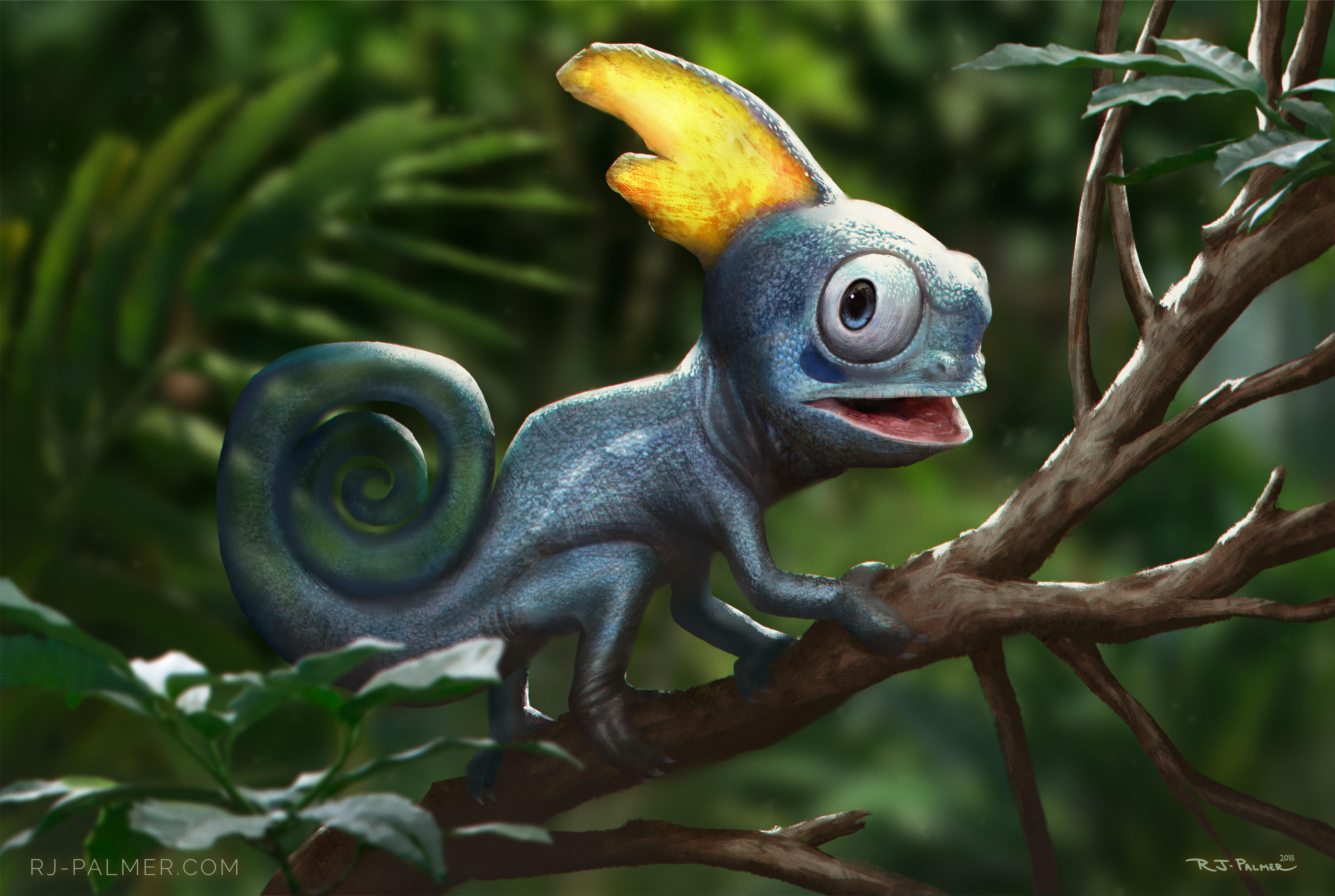 But now he’s back to envision the other two members of the new Starter trio too—Scorbunny, the fire-type rabbit everyone is desperately hoping doesn’t evolve into another fire/fighting hybrid, and Grookey, the adorable grass-type monkey. 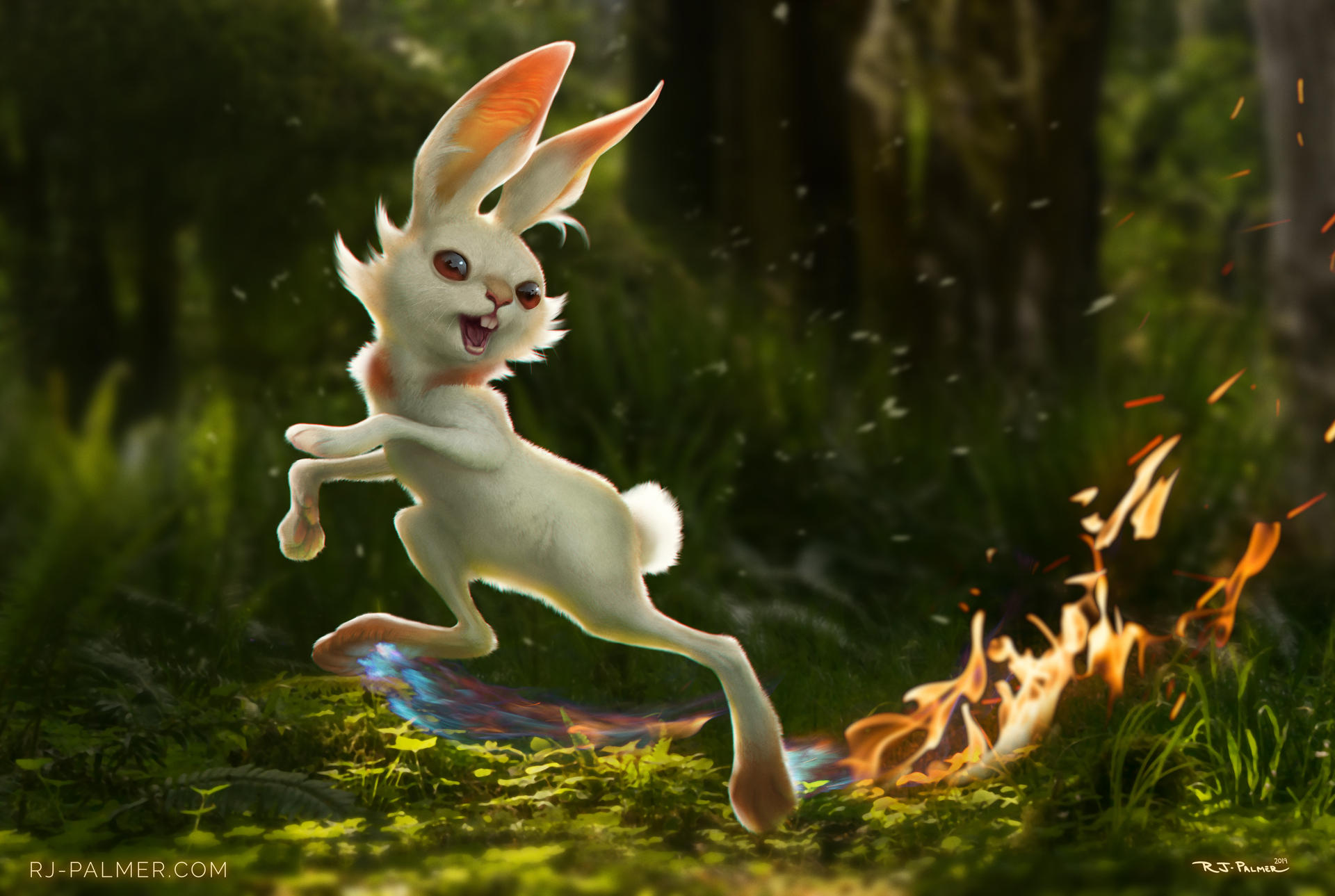 Like the very best of Detective Pikachu’s Pokémon designs, Palmer’s takes balance the right amount of classic Pokémon aesthetic and real world weirdness—there’s something jarring about seeing Scorbunny with actual rabbit legs, instead of cartoony ones—to create something totally adorable. I’ve only ever picked one grass starter in my time with the games—shout out to my boy Rowlet—but Grookey is making me reconsider. (Image: RJ Palmer)

Just look at that Grookey’s eyes! So cute.

Pokémon Sword and Shield’s secretive reveal meant that all these adorable little creatures could never have made it into Detective Pikachu in time, but who knows—there is that sequel in the works. Maybe Pokémon’s new stars will have a moment to shine there after they make their gaming debut later this year.

Check out Palmer’s art, including more realistic Pokémon, over on his website and DeviantArt pages.