Popular Streamer Sues FaZe Clan Over ‘Illegal’ Contract, But The Organisation Says The Contract Is Fine 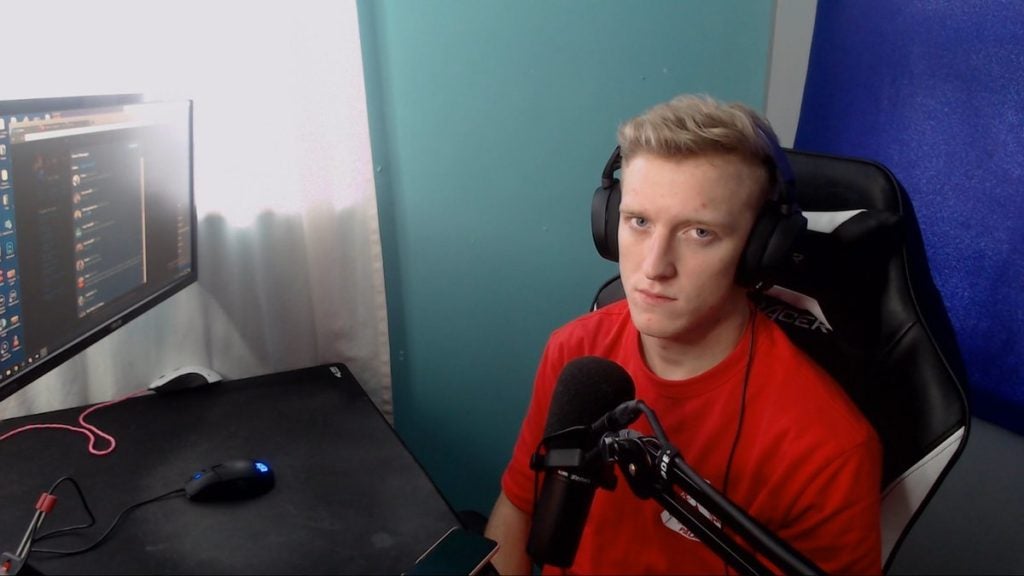 With over six million followers, Fortnite pro Turner “Tfue” Tenney, 21, is far and away one of the most popular streamers on all of Twitch. Now he’s suing Faze Clan, the esports organisation that signed him, over a contract that he and his attorney feel is “oppressive” and, in some cases, “illegal.”

Tenney’s main grievances stem from apparent limitations on his ability to make money off of sponsored content, as well as alleged restrictions Faze places on players who try to make sponsorship deals independently, sans any sort of arrangement on Faze’s behalf.

The suit — which you can read in full here, courtesy of the Hollywood Reporter — claims that Faze forces players to sign “Gamer Agreements” that lock them into branded deals procured by Faze, on which Faze then claims a “finder’s fee” of up to 80 per cent. Kotaku contacted Tenney, but has not yet heard back.

Tenney’s attorney, Bryan Freedman, provided Kotaku with a statement on his motivations for taking this case. “I decided to take this case because I was outraged when I heard about how gamers and streamers were being taken advantage of by their representatives,” he said in an email.

“The contract in this case clearly violates the Talent Agencies Act and is unconscionable. My hope is that this case will lead to a better, safer environment for streamers and esports professionals at large… I intend to represent gamers and streamers who are being taken advantage of until this behaviour has been eradicated. If you have been taking advantage of them, your time has come.”

Faze Clan provided Kotaku with a statement, as well: “We’re shocked and disappointed to see the news of Tfue’s press article and lawsuit. Over the course of our partnership with him, which began in April 2018, FaZe Clan has collected:

$0 – from any social platform

In fact, we have only collected a total of $86,715 from our partnership, while Tfue has earned millions as a member of FaZe Clan. While contracts are different with each player, all of them — including Tfue’s — have a maximum of 20% to FaZe Clan in both tournament winnings as well as content revenue, with 80% to the player. In Turner’s case, neither of those have been collected by FaZe Clan.”

Tenney’s suit, however, claims that the contract he signed was not fair as it pertains to brand deals, which Faze did not specifically mention in its statement. The suit reads: “In simple terms, Faze Clan uses its illegal Gamer Contracts to limit Tenney to deals sourced exclusively by Faze Clan and to prevent Tenney from exploring deals presented by others; deals that are potentially superior to deals procured by Faze Clan; and deals that are not saddled with an eighty per cent (80%) finder’s fee.”

In one particular case, according to the suit, Faze apparently passed on a deal with gaming hardware company HyperX due to the company’s own concerns about its business interests.

“Faze Clan perceived that HyperX was a competitor of another sponsor that did business with Faze Clan,” says the suit.

“As a result, Faze Clan elected to cause Tenney to pass on the HyperX sponsorship deal because that deal conflicted with Faze Clan’s own interests—its interest not to upset another sponsor and potentially jeopardize and negatively impact its relationship with that sponsor.”

The suit also claims that these practices put Faze in violation of California’s Talent Agency Act, which stipulates that any party “who engages in the occupation of procuring, offering, promising, or attempting to procure employment or engagements for an artist” must be licensed by the labour commissioner and operate under all of the regulations that entails.

“Because Faze Clan is unlicensed, it has avoided regulation by California’s Labour Commissioner. The need for licensure and regulation, however, is dire. Not only does Faze Clan take advantage of these young artists, it jeopardises their health, safety and welfare,” reads the suit.

The suit also alleges that Faze has also violated labour codes by pressuring Tenney into moving into a Los Angeles-based YouTuber house where, as a minor, he was supposedly put into a series of illegal situations.

The suit says that Tenney tried to end his agreement with Faze Clan in September of last year, but Faze apparently refused to acknowledge the termination. As a result, Tenney is requesting that the court end the Gamer Agreement and force Faze to pay him what he claims he’s owed. This includes money made off previous sponsored deals Tenney participated in, as well as punitive damages.

Tenney and the legal firm representing him, Freedman and Taitelman, believe they are pushing back against an exploitative status quo.

“Because the esports industry is so new, there is little to no regulation or oversight,” reads the suit. “There are no real organisations such as unions or guilds to help protect the content creators/streamers that drive the industry. Most of these content creator/streamers are also very young, and are often unsophisticated, unseasoned and trusting.

As a result, these young content creator/streamers are susceptible to being taken advantage of and exploited — often by those that are supposed to be looking out for their best interests. Unfortunately, this has become industry standard.”