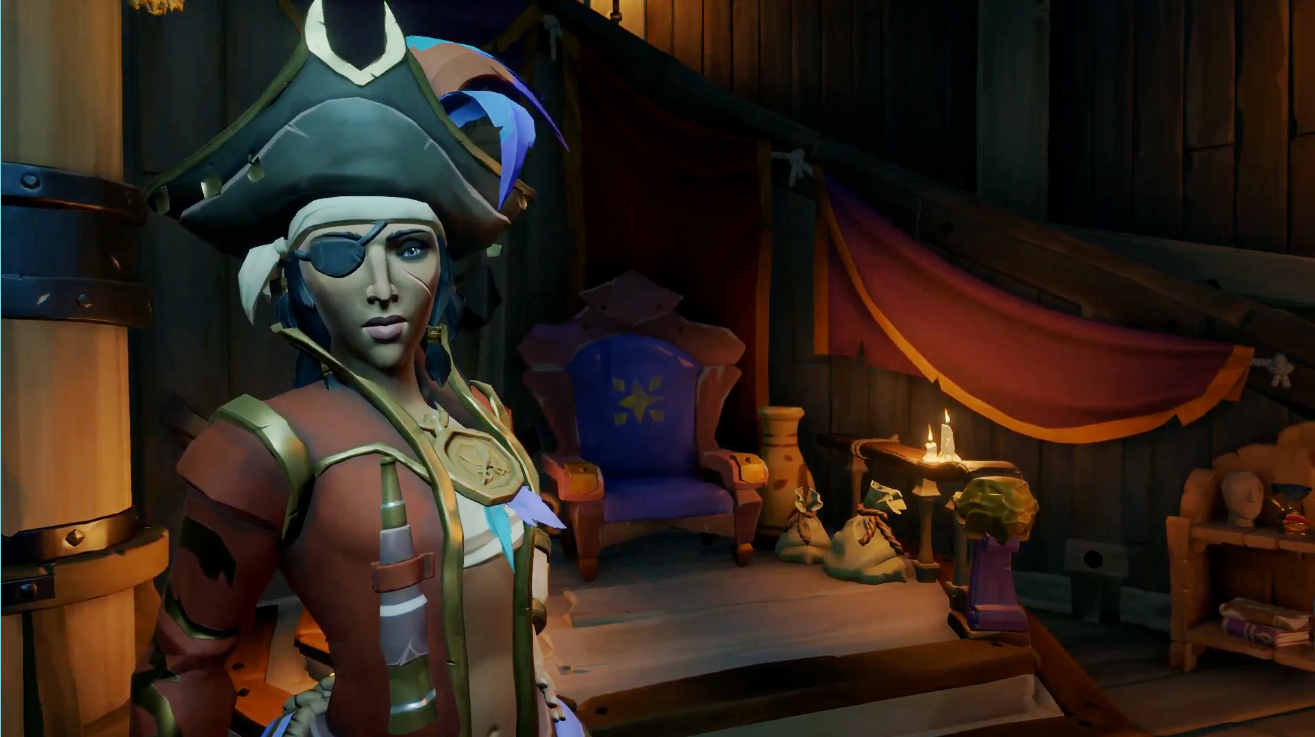 There are two halves to Sea of Thieves’ anniversary update. The first is a collection of story missions that offer some much-needed structure.

The second is the Arena, a player versus player combat mode where crews compete to gather chests and sink each others’ ships. It’s a blast of high sea action, but maybe not the best thing to hop in and play by yourself.

In the Arena, four crews of four players sail around a small island chain in an attempt to gather as much silver as they can. Each team is given a handful of randomised treasure maps to lead them to potential riches.

While you can also gain booty for killing other pirates or sinking ships, the earliest parts of a match are a frantic rush to dig up chests. That slow pace feels a bit like the early game of a battle royale, where players gather weapons and armour. In Sea of Thieves, Arena matches start in a similarly quiet way before bursting open into chaos.

There’s joy to be had in the resulting fracas, but don’t get your hopes up for a come-from-behind victory if you stumble. I did see some potential avenues for surprising strategies, but those granular tactics often get washed away in Sea of Thieves’ chaotic waves.

In the first couple of matches I’ve played in the Arena, a pattern has emerged. There’s always one ship that grabs treasure fast and then proceeds to hound everyone else. Makes sense; once you have your plunder and turn it in for rewards, you might as well stop everyone else from doing the same.

Knocking folks out of the lead is tricky, though, at least in my experience; that’s because larger battles tend to devolve into mad-cap displays of cannon fire and ship ramming.

In my initial rounds, I’ve taken my chances with random players, and the results haven’t felt as tactical as I’d like. The promise of the sneaky opening round dissolves into a slipshod, bumper-boats bonanza of battles and boardings. That’s fine, but it can feel like wasted potential.

Part of the issue is that, like anything else in Sea of Thieves, the Arena is really best if you’re playing with your buds and not, say, joining in with some random buccaneers from around the globe. That’s arguably true of any online game, but it feels especially true here, as there’s far greater benefit to tightly managed crews.

If you’re hopping in solo, you could get anything. A crew of canny Pirate Legends, a bunch of mic-less buffoons, or (as happened in my first match) a slur-slinging edgelord who just wants to watch the world burn.

Which is to say that the Arena has all of the good and, unfortunately, also all of the bad of Sea of Thieves. It has the flashy battles and fantastic japes, but it also has the random arseholes and the feeling that there should be something more to it.

It’s great to board a treasure-loaded ship, blast the crew, and make off with their loot. It’s less exciting when four galleons bonk into each other in the middle of the ocean, or when your captain tells you to eat a cock. But hey, maybe that’s just the pirate life.

The Arena might not quite live up to its full potential, but it does bring a welcome change of pace to Sea of Thieves. Completing matches earns you reputation with a new faction and unlocks fresh gear, giving players a new way to progress towards pirate legend status and engage in some havoc along the way.

It won’t be everyone’s cup of grog, but for the mad pirates eager for something a bit bloodier than exploring tombs or fishing, it should provide plenty of fun. Just make sure to sail with pals or be ready to mute some mics.