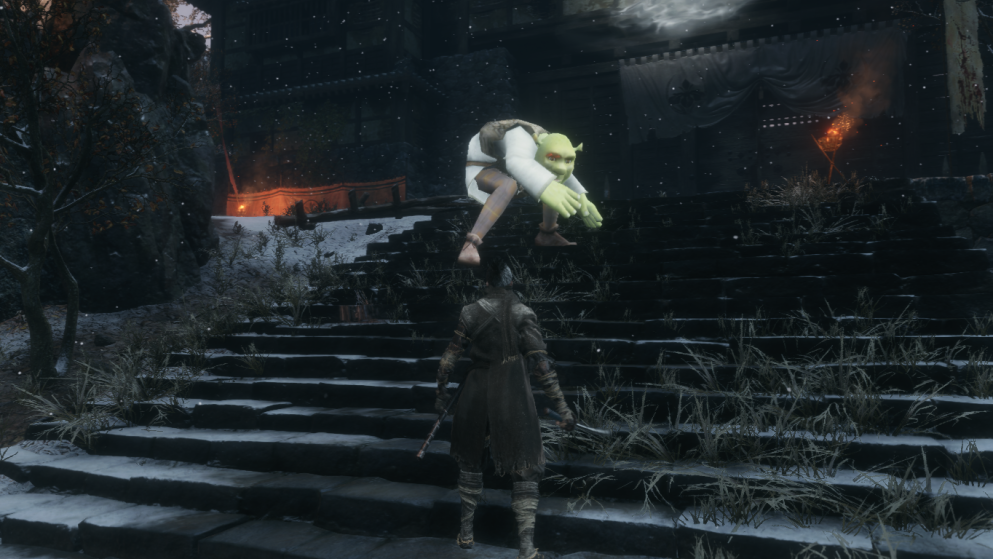 It’s Shrek. In Sekiro. Finally, we can all die.

This mod for the PC version of the game, hotly anticipated by the whole of mankind since the dawn of time, comes to us by way of modders Dropoff and Katalash. It replaces the Chained Ogre miniboss with Shrek, an ogre forced into a quest to cast off the chains of his own negative outlook.

In Sekiro, he guards his figurative swamp jealously; if you approach him, he will dropkick and powerbomb you until you remember that someBODY once told you the world is gonna roll you, and that somebody is the devil, because you are in hell. Here’s a demonstration from game developer Lance McDonald:

some BODY. Another masterpiece sekiro mod from katalash and dropoff. (The music is unfortunately not part of the mod, I added it in post) Mod download is here: https://t.co/iNH17eRJ4N pic.twitter.com/3BXlpZvb88

As McDonald says, the music is his own addition, but perhaps modders will use it as inspiration for future versions. Or perhaps the mod is perfect as is: understated and subtle. Quietly shrektacular.