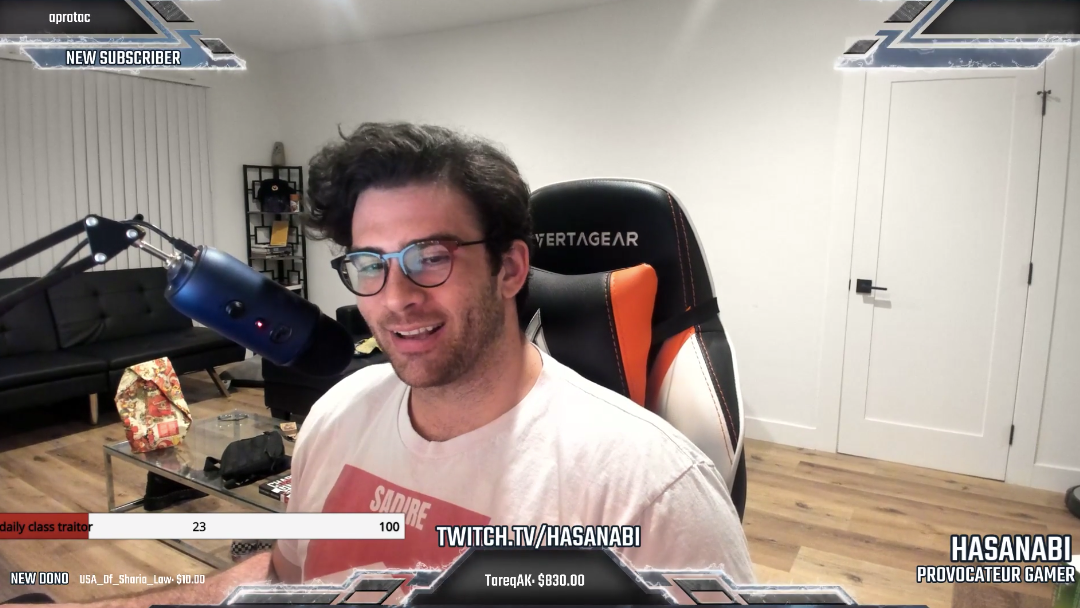 Hasan Piker, who works for the left-wing news YouTube news show The Young Turks, is a pretty popular Twitch streamer with over 90,000 followers. He’s also an outspoken socialist, and his audience crosses over with the incredibly popular Chapo Trap House podcast. Last night’s episode had Piker explaining the streaming platform to co-hosts Will Menaker, Amber Frost, and Matt Christman.

Chapo co-host Felix Biederman, who wasn’t present for this episode, is an avid gamer and streams on Twitch himself. But Piker said that Biederman doesn’t really participate in the culture of Twitch, jokingly calling Biederman and his friends the “Boomers of Twitch.”

For Piker, participating in that culture and talking to young people is part of the reason why he came to the platform. He had been on Facebook duty at The Young Turks, and found that experience to be miserable.

“Everyone that watches Facebook news now is like 68 years old. So it’s awful. I mean, they vote, but whatever, they don’t care for my leftist takes regardless,” Piker told the hosts of Chapo. “So I got on Twitch because I knew that this is a young audience, mostly male, probably prone to reactionary politics, but their political idols are a bunch of idiots. I mean, they don’t know anything. All the takes that they’ve heard about like leftist politics have been just strawmen from the likes of Steven Crowder and Ben Shapiro.”

Piker said that once people see him, they have to reconsider their preconceived notion of leftists, which he characterises as mostly gleaned from “SJW cringe compilations.” Although Piker said that his audience responds to his argument when they’re presented through memes, he did also say that simply by not living up to a leftist stereotype, he’s swaying people away from the right.

“The thing is that they don’t have a lot of access to proper leftist representation. When someone comes in and is like, ‘Oh no, both parties are pretty bad and here’s what we should be doing, like the rest of the world, and this is why it’s wrong,’” Piker said. “They’re like, ‘oh, this is a little different from what I expected the left to be like.”

Piker also talked to the Chapo hosts about his audience of young queer people, and they round out the episode by clowning on a frequent subject of the podcast’s ire, former Trump cabinet member Sebastian Gorka. The whole episode is worth a listen, but it’s particularly amusing to hear Menaker, Frost, and Christman struggle to understand Twitch.

At the very least, Menaker said that Biederman finally got him invested in Metal Gear Solid, just by virtue of talking about it constantly.