May the Fourth might be Star Wars Day, but for fans of things a little closer to home than the galaxy far, far away, it’s also Free Comic Book Day — the annual celebration of all things comic book-y through, well, free comics!

Want to head down to your local comic shop today with a plan? Here’s a round-up of the good stuff available this year. 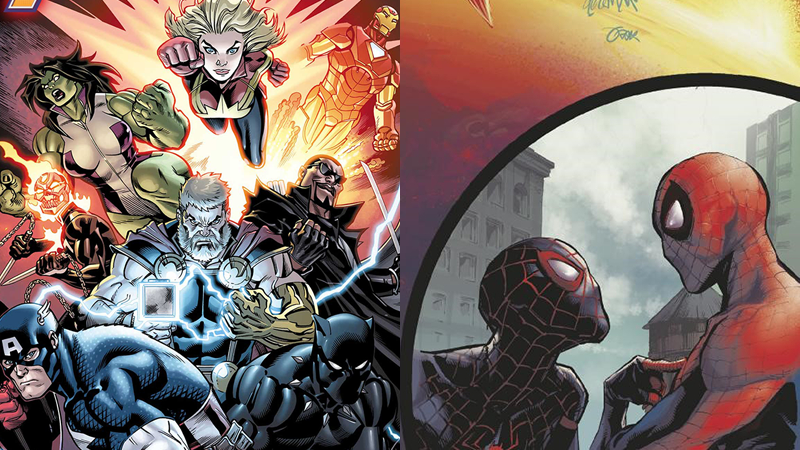 It’s become traditional at this point for Marvel to offer new stories that tease big time events coming to its major comics on Free Comic Book Day, and 2019 is no exception.

Hoping to get in on the perpetual hype for Avengers: Endgame (and maybe even the rapidly-incoming Spider-Man: Far From Home), Marvel’s first offering for the event is an Avengers-themed collection teasing not just what’s to come in the ongoing series, but the recently launched Savage Avengers book.

Meanwhile, the Spider-Man saga features new stories from the creatives behind the webhead’s current roster of comics — whether it’s Peter Parker adventures or Miles Morales ones! And not just heroes get some teases; a new story from Donny Cates and Ryan Stegman promises to set the stage for a fearsomely venomous new event surrounding everyone’s favourite alien symbiote goop.

Under the Moon: A Catwoman Tale and Dear Justice League (DC Comics) 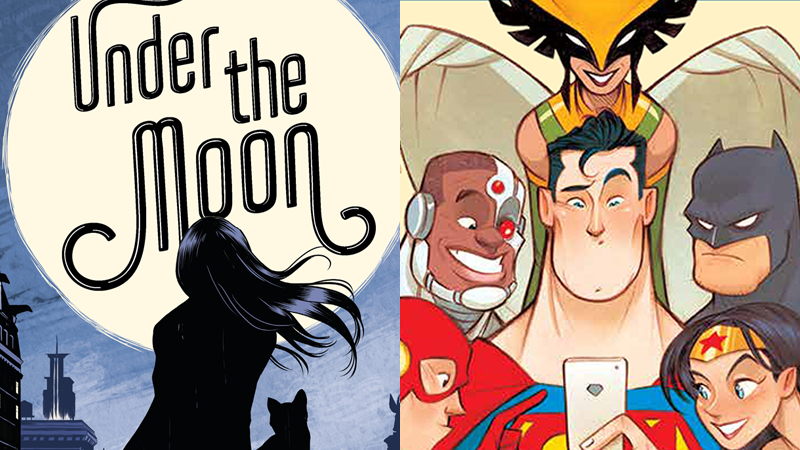 Having just released its own tease for what’s to come in its Justice League books in the form of the Year of the Villain Special, DC’s taking a slightly different track for its FCBD offerings, promoting previews of upcoming graphic novels for young adults and kids.

For the YA crowd there’s DC Inks’ Under the Moon: A Catwoman Tale, offering a sample of both the upcoming Selina Kyle story by Lauren Myracle and Isaac Goodhart, and the Raven graphic novel by Kami Garcia and artist Gabriel Picolo.

It’s important to note that the Catwoman story in particular deals with scenes of trauma and self-harm, so be warned if you’re thinking about picking it up for a younger reader, but the sample also includes resources to help readers tackle the subject material as well.

Meanwhile, Dear Justice League by Michael Northrop and Gustavo Duarte imagines the World’s Finest answering questions from the kids of the world, in between the times they’re fighting to save it. The FCBD promo of the OGN will include two chapters, focusing on Superman and Hawkgirl’s turns answering questions. 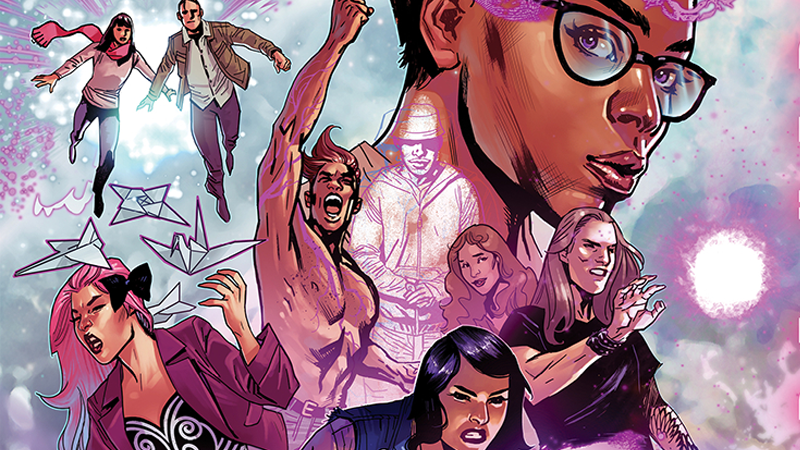 Witness the dawn of a new age of heroes. (Image: Yanick Paquette, Humanoids)

It isn’t every Free Comic Book Day you get to witness the birth of a new universe of superheroes, but that’s what Ignition hopes to do with French publisher Humandoids’ new international audience-focused line.

It’s being masterminded by comics scribe Mark Waid, and Ignition teams him up with Kwanza Osajefyo, Yanick Paquette, Carla Speed McNeil and Phil Briones to craft an introductory story for the world of H1, as well as samples from the first issues of the six series that will debut the line. 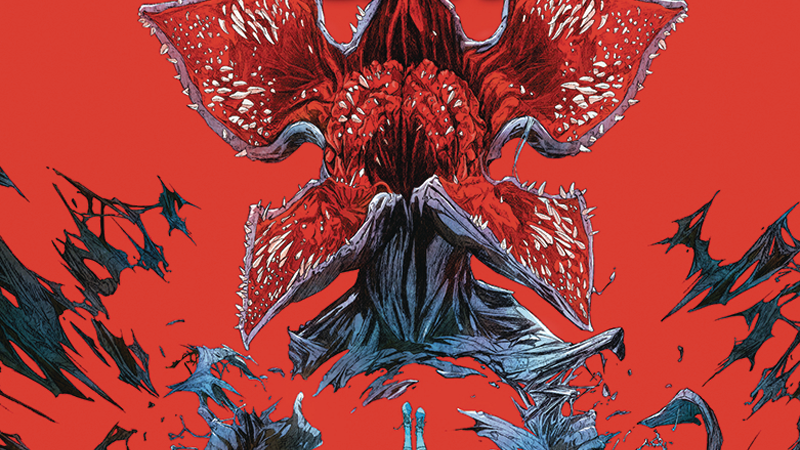 Dark Horse’s traditional sampler usually bundles stories from one of its licensed books with a sample of its original work — and this time it’s two great tastes that taste great together.

First up is a Stranger Things tale revolving around the disappearance of both Eleven and the Demogorgon from Hawkins, while a new story from the superheroic world of Black Hammer offers not just insight into world of the spooky heroine Madame Dragonfly, but looks back into Black Hammer’s past to uncover not one, but two other new superhero teams. 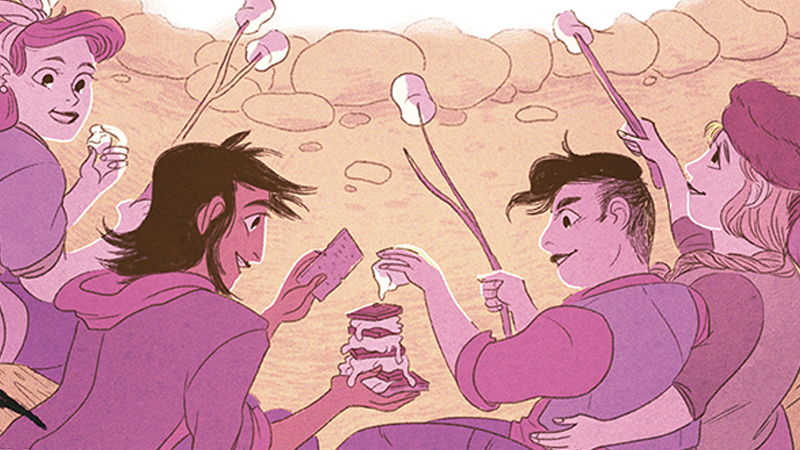 It’s hard to recall a Free Comic Book Day in the last few years that hasn’t given us a new Lumberjanes adventure to explore. It definitely won’t be happening this year, as Boom Box is offering a sample chapter from the upcoming graphic novel The Shape of Friendship, from Lilah Sturges, Kelly Thompson, Polterink and Savanna Ganucheau.

This time around the gang encounters a group of mysterious beings called the Pookas, hoping to befriend the magical sprites… until they learn that the Pookas have other plans, disguising themselves as the Lumberjanes to take over camp! 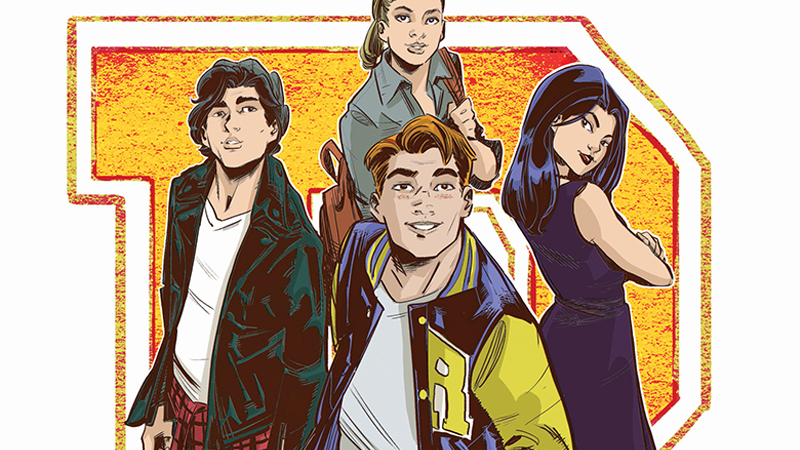 went bonkers and cartwheeled into our hearts as one of the weirdest, silliest and campiest comic book shows around, Archie’s offering for FCBD this year focuses on the untold stories around the world of its hit CW show rather than the ongoing comic adventures of Archie and his pals elsewhere.

This year’s offering also includes new samples from two of Scholastic’s upcoming novels set in the universe of the show, to boot.

Doctor Who: The 13th Doctor (Titan) 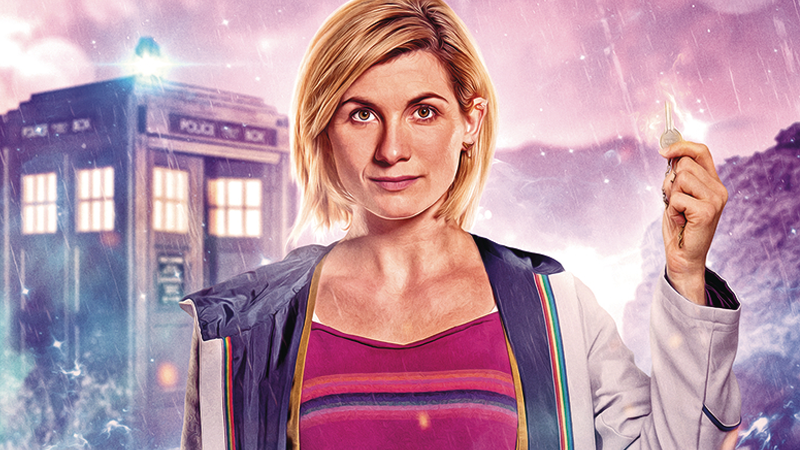 Doctor Who fans are approximately five months into a bit of a Doctor Who drought when it comes to new adventures… on TV, at least.

Sure, Jodie Whittaker might not be back in the TARDIS until 2020, but the 13th Doctor’s having a whale of a time in the pages of Titan’s ongoing Doctor Who: The 13th Doctor comic series from Jody Houser and Giorgia Sposito. If you’ve been missing out but need a Who fix, this free sampler offers an introduction to the latest Doctor’s comic book adventures.

Welcome to the Whedonverse (Boom Studios) 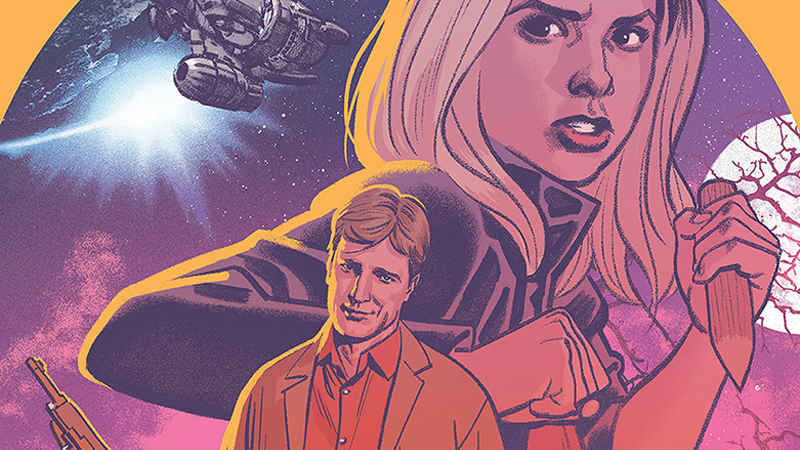 Boom Studios’ primary offering for Free Comic Book Day this year chooses to highlight two of its most recent licensed additions to the fold: Its excellent comics that explore the adventures of Firefly between the events of the show and its movie spinoff Serenity, and its modernised reboot of Buffy the Vampire Slayer, transposing Buffy’s adventures into a more modern context.

Instead of offering samples of either series however, Welcome to the Whedonverse will contain two new tales.

In the Firefly segment, Zoe and Mal’s bond is threatened when something dark and ugly from their shared past in the Browncoats leaves the rest of the crew to pick up the pieces.

Meanwhile for Buffy, the chosen one and her best friends find themselves having to deal with another portal into a hellish dimension, right under Sunnydale High. What are the odds? 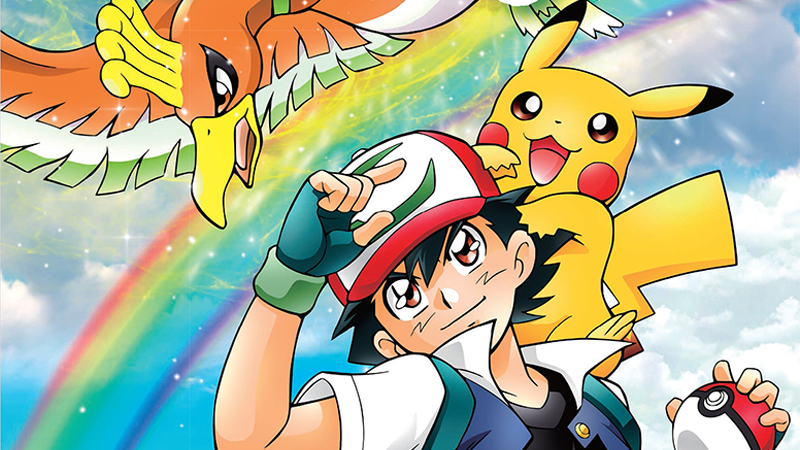 Still all excited about the prospect of Detective Pikachu hitting cinemas next week? Viz Media has you covered with a sample of its translation of the ongoing Pokémon Adventures manga, as well as its adaptation of the 2017 animated movie I Choose You, re-exploring the fateful origin of how the young Ash Ketchum first encounters his beloved Pikachu.

Just the right amount of nostalgia-tickling ahead of the new movie!

You can find a full selection of just which comics will be available for Free Comic Book Day 2019 over at the official FCBD website.

Happy hunting everyone, and give a shout out to your local shop in the comments! Don’t have one, or don’t know if you do? You can use Diamond’s comic book store locator to find the nearest one near you to pay a first-time visit today.