For years, we’ve enjoyed watching Star Wars stories from the outside. And typically Star Wars in VR and AR feels more like a very cool tech demo than a full immersion into a galaxy far, far away. But with Vader Immortal: A Star Wars VR Series – Episode 1, it seems like ILMxLab has crafted an untold chapter in the Star Wars saga that fans will love. This thing is no tech demo.

Created by ILMxLab, Vader Immortal will be released May 21 for Oculus Quest followed by other Oculus headsets later this year. It tells a canon story set between Revenge of the Sith and Rogue One, and a few days after Star Wars: Secrets of the Empire (another VR experience at Void locations nationwide).

You play a nameless, faceless smuggler who flies a ship called the Windfall with your trusty droid ZO-E3, voiced by Maya Rudolph. All is well in the galaxy until you’re captured by the Empire and brought to conquer death itself. 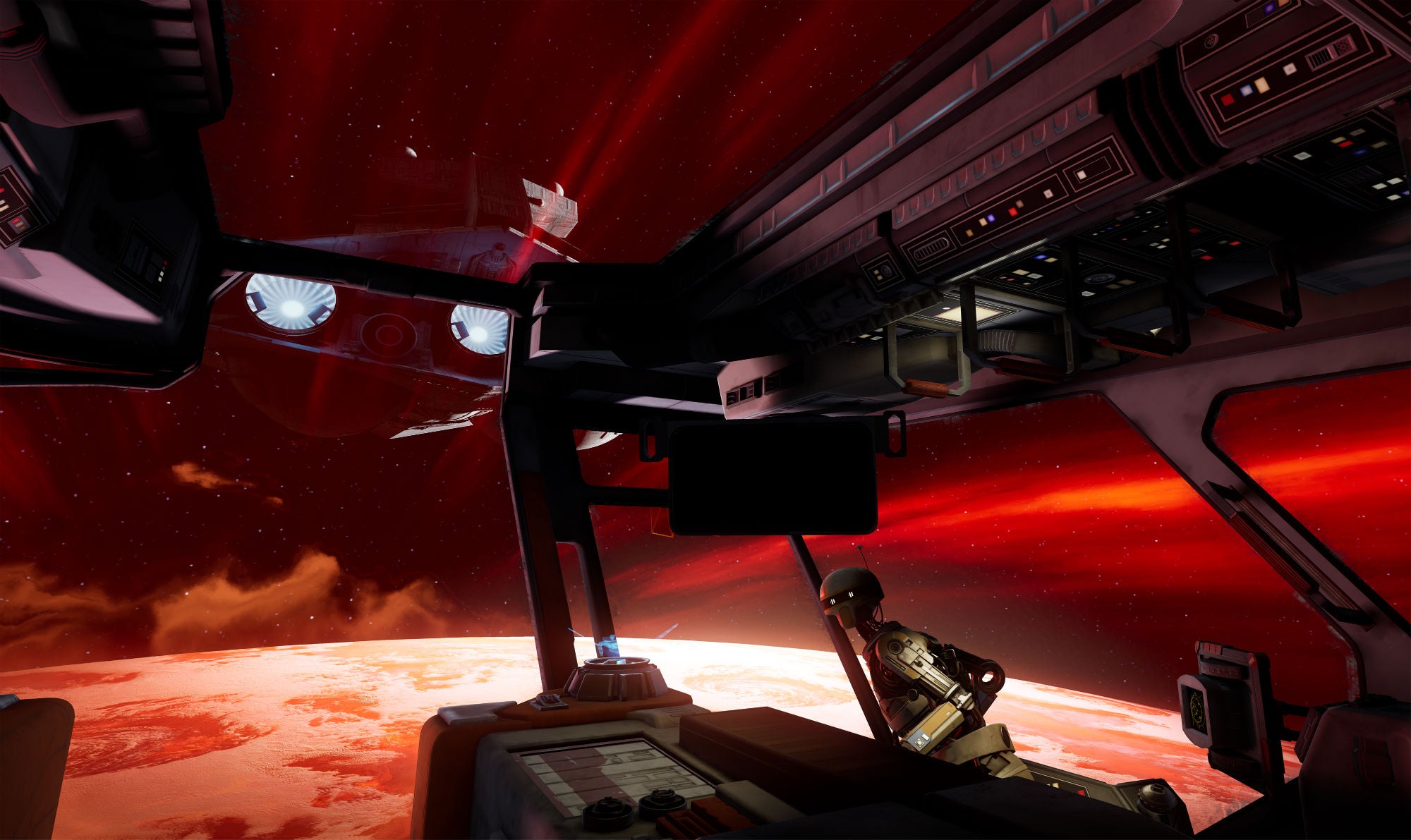 The question, of course, is will you help the Dark Lord of the Sith or go against him? Through the first 45-60 minute story, you and ZO-E3 will struggle with that decision as you attempt to escape Vader’s castle and, in turn, learn much, much more about what the Sith Lord wants, how he plans to get it, and how it ties into the history of Mustafar itself.

io9 played through the entire first episode of Vader Immortal this week (it’s planned as a trilogy, with the second two episodes still to come), and we can tell you, this is a story Star Wars fans will want to experience themselves. 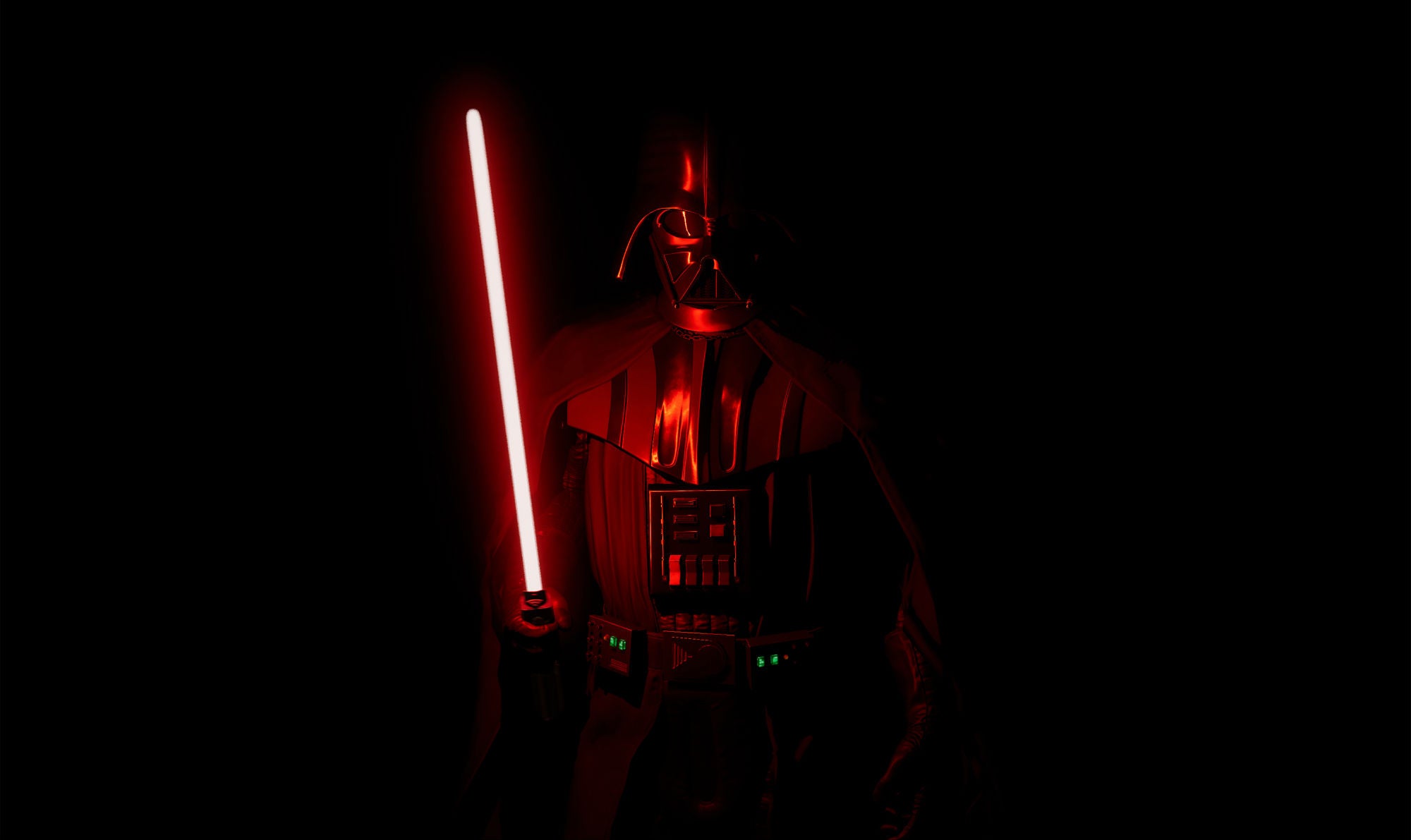 The Dark Lord of the Sith awaits… (Image: ILMxLab)

Vader Immortal is rich with that kind of deep-dive, Force mythology many of us crave (no spoilers, but it does tangentially tie in with the Darth Vader Marvel comics), but it also has lots of the action (lightsaber fights, duh) and narrative tropes (flying a starship, escaping huge fortresses) fans have come to expect from the series. It ends on a cliffhanger that will have you begging to press start on episode two immediately.

But don’t call Vader Immortal a mere “game,” at least according to writer and executive producer David S. Goyer. He and his colleagues see it as more of an “immersive experience”. Like a game, you have to perform tasks and defeat enemies to proceed in the story — but, unlike a game, your character can’t die.

“We really want to make sure this feels like a piece of narrative where you’re not ripped out of it,” said Mohen Leo, the game’s narrative designer, told io9. “The moment where you go like ‘Game Over, Start Again’ you no longer believe that you’re that character.” That said, there are plenty of game tropes. Some scenes in Vader Immortal felt more like Uncharted than Star Wars, which was very enjoyable. 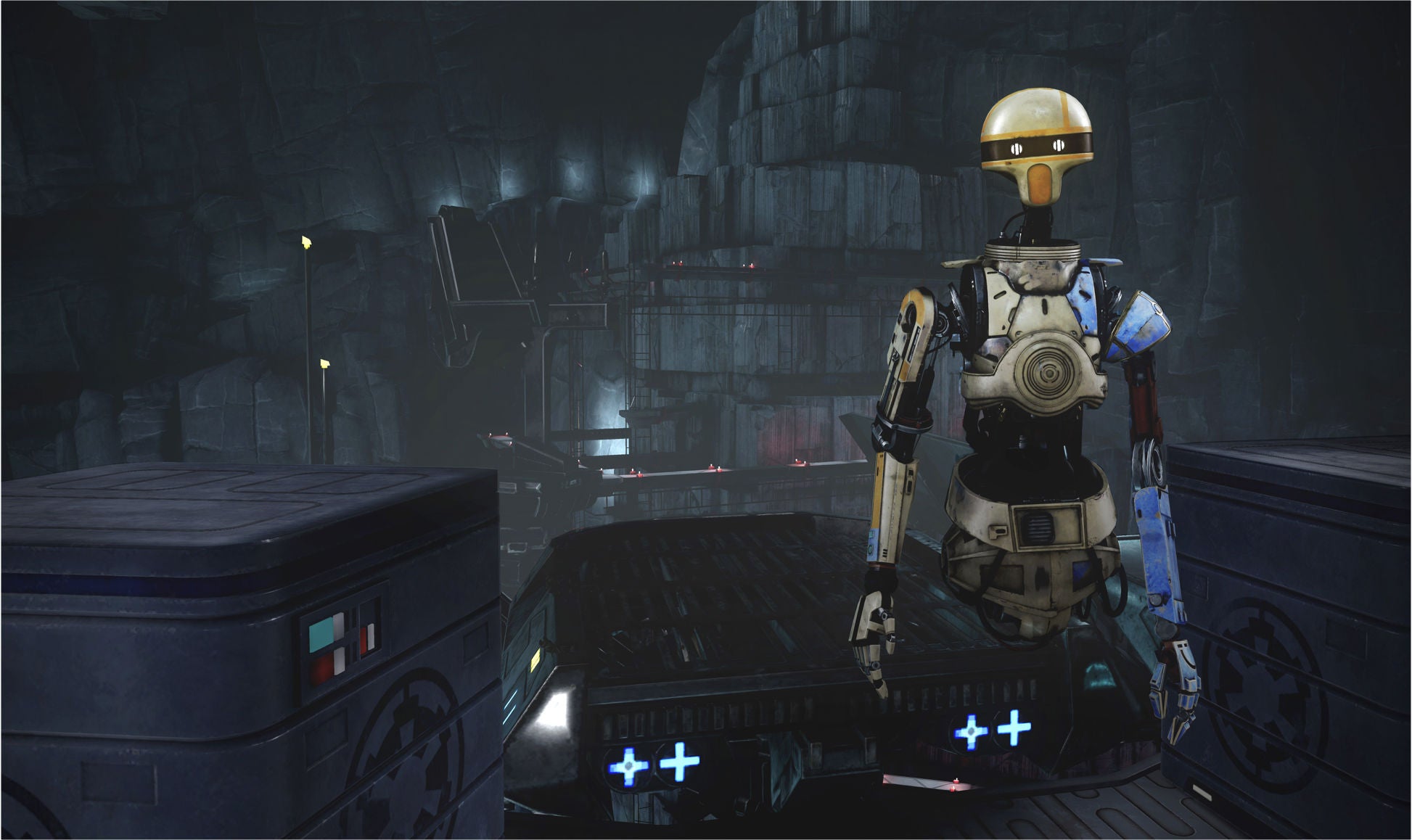 And yet, a lack of consequence doesn’t mean Vader Immortal is a one-and-done experience. You can tell there was care put into crafting a full, canonical Star Wars story exploring a place fans have been dying to know more about for years: Darth Vader’s castle.

Goyer, who’s been working on the project since before ILMxLab’s first Star Wars experience, Trials at Tatooine, was complete, explained that at the start he was simply asked if he wanted to “do something with Darth Vader in the VR space.” That was all he was given. So he went to Skywalker Ranch, visited the archives, and was immediately intrigued by a piece of artwork made for The Empire Strikes Back, but never used, of Vader’s castle. 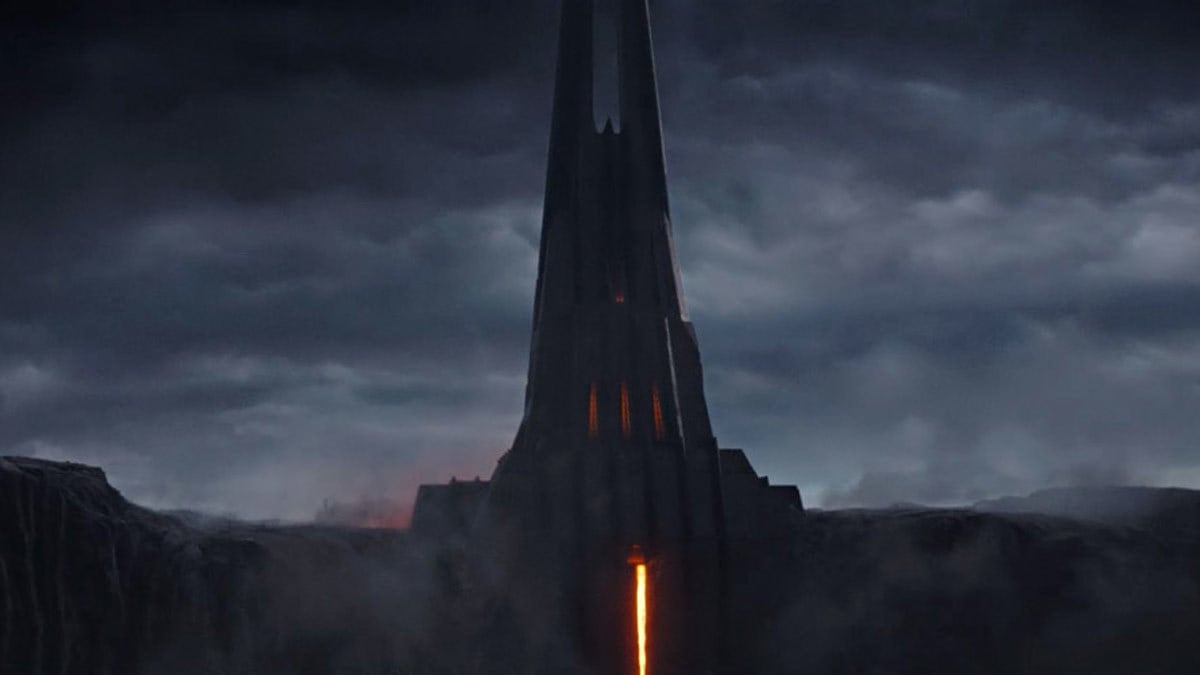 before Rogue One had even come out. “So we said, ‘Well, what if we build around it?’ Because you only see one room in Rogue One. Then that naturally led to, ‘OK well, what is in this place? And why is he there?’”

That also started to dovetail with the Darth Vader Marvel comics and even informed the setting of the Void’s Secrets of the Empire VR experience, which came out first but was developed after. “[Vader Immortal] led to Secrets being in this place,” director Ben Snow said.

As is the case with Star Wars these days, it’s all connected. 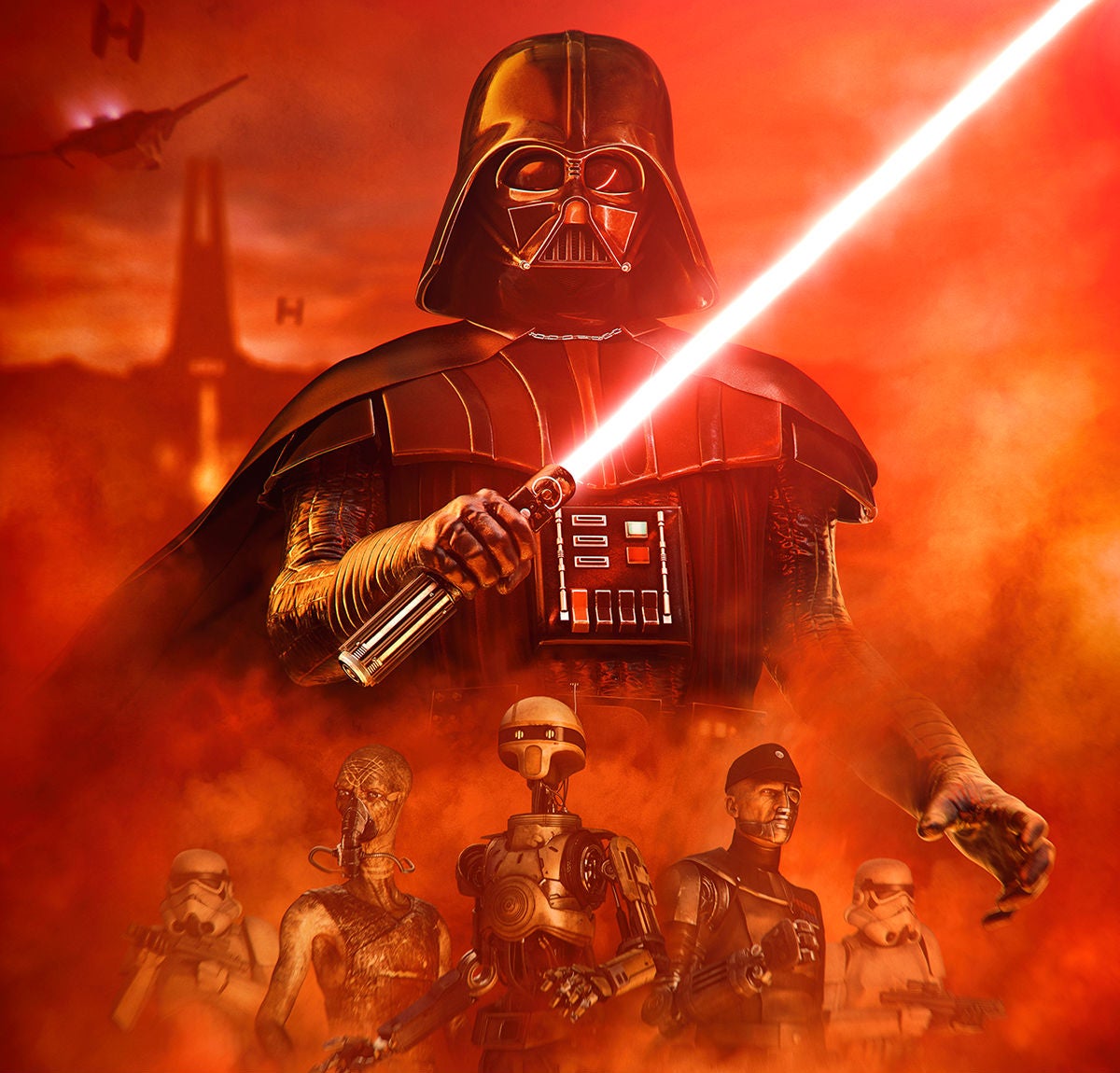