Ubisoft’s once-toy-powered adventure, Starlink: Battle for Atlas, is a very pretty spaceship game with short bursts of excitement padded with an endless array of repetitive tasks. The game is only consistently enjoyable when the Star Fox crew are winging their way through the Nintendo Switch-exclusive adventures.

This week’s new Star Fox downloadable content is no exception.

We were surprised by how much Star Fox was in the original Switch release of Starlink. Not only did we get a series of in-game missions involving the Star Fox team hunting down the evil Star Wolf, we also got Fox McCloud as a playable character.

Much more than a cameo, Fox can fly the Switch-exclusive Arwing through the entire Starlink saga, with spoken dialogue recorded for every possible situation he could encounter in game. Fox and his friends Slippy, Peppy and Falco are treated like Starlink team members for the entire adventure, even appearing in cutscenes.

This week’s purchasable Switch DLC for Starlink increases Team Star Fox’s presence in the game significantly. Now Peppy, Falco and Slippy are all playable characters. Each character is fully voiced, able to be a player’s sole Starlink pilot from opening to end credits. Actors had to record a ton of audio to make this happen, and I am sincerely impressed by the effort.

In honour of the DLC, I started a new game on my Switch, playing the game from the beginning as Slippy Toad because I love that whiny little tech head. His performance is adorable when he isn’t busy falling asleep at the flight yoke. OK, it’s adorable then, too.

It makes me want to play through the entire game as Peppy and Falco as well, to see what they say and do in different situations. 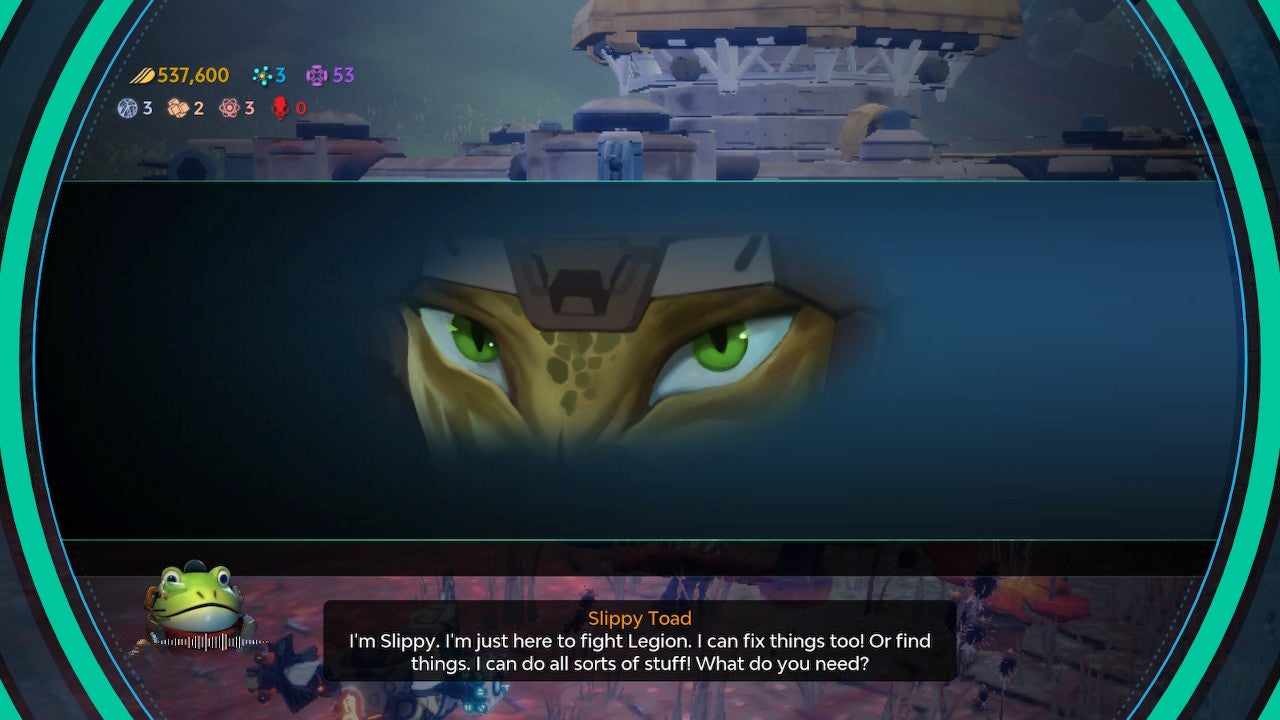 The three new playable heroes come with a trio of new enemies to battle.

When visiting the “Crimson Moon”, the mysterious bandit planet that hosts activities such as racing and the arena that came with this week’s free multiplatform DLC, members of Team Star Fox receive a strange package.

It’s a Cornerian Cake, and inside is a challenge from a trio of Team Star Wolf baddies. Leon the chameleon, Pigma the pig and Andrew the monkey have arrived in Atlas and are attempting to harness the power of the game’s main antagonists, the Forgotten Legion, for their own gain. 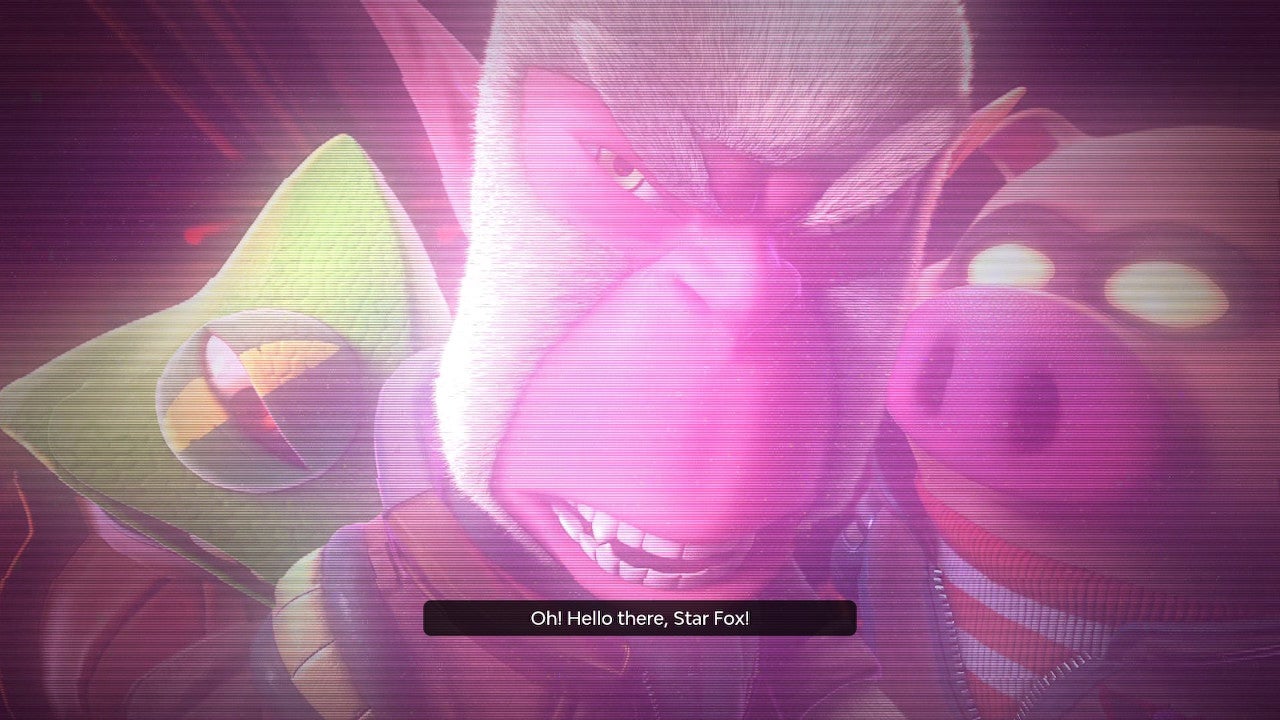 Three new enemies equal three exciting new boss encounters, each tailored to the unique abilities of a member of Team Star Fox. In a tank battle against Andrew, for example, Slippy must use his special ability to confuse enemies and pit them against each other in order to damage the monkey’s tank.

The battle can be played with any of Starlink’s pilots, but Slippy makes it easy. 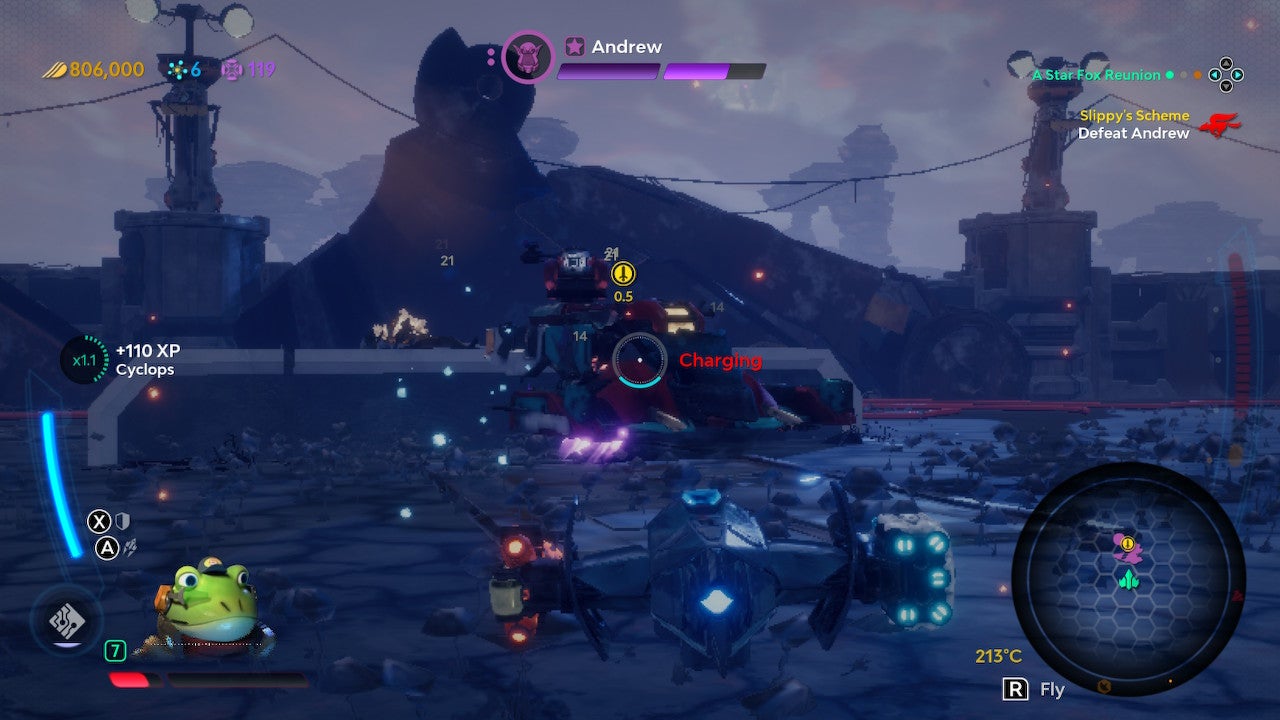 It’s a pity the DLC adventure is over so quickly. As with the Star Fox content included at launch, these special themed encounters are some of the most unique in Starlink. After taking down countless enemy extractors, raiding samey spaceborne bases and battling the same handful of enemies over and over again, it’s so refreshing to play through something tailored and original. 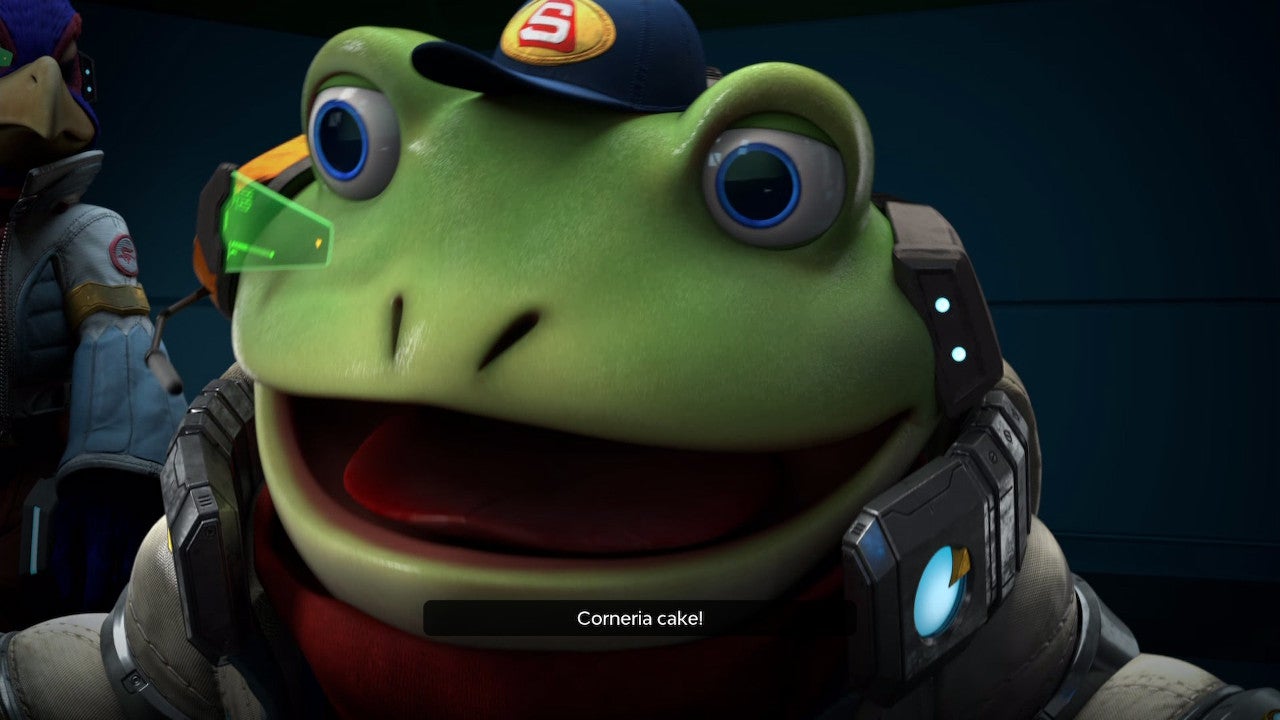 The “Crimson Moon” update, which every platform received for free this week, adds racing, arena battles and some new faction-based story content to the game. That’s lovely and all, but the new Star Fox stuff makes it clearer than ever: The best version of Starlink: Battle for Atlas is on the Switch. Team Star Fox out.