Super Mario Maker 2 Has A Story Mode And Much More 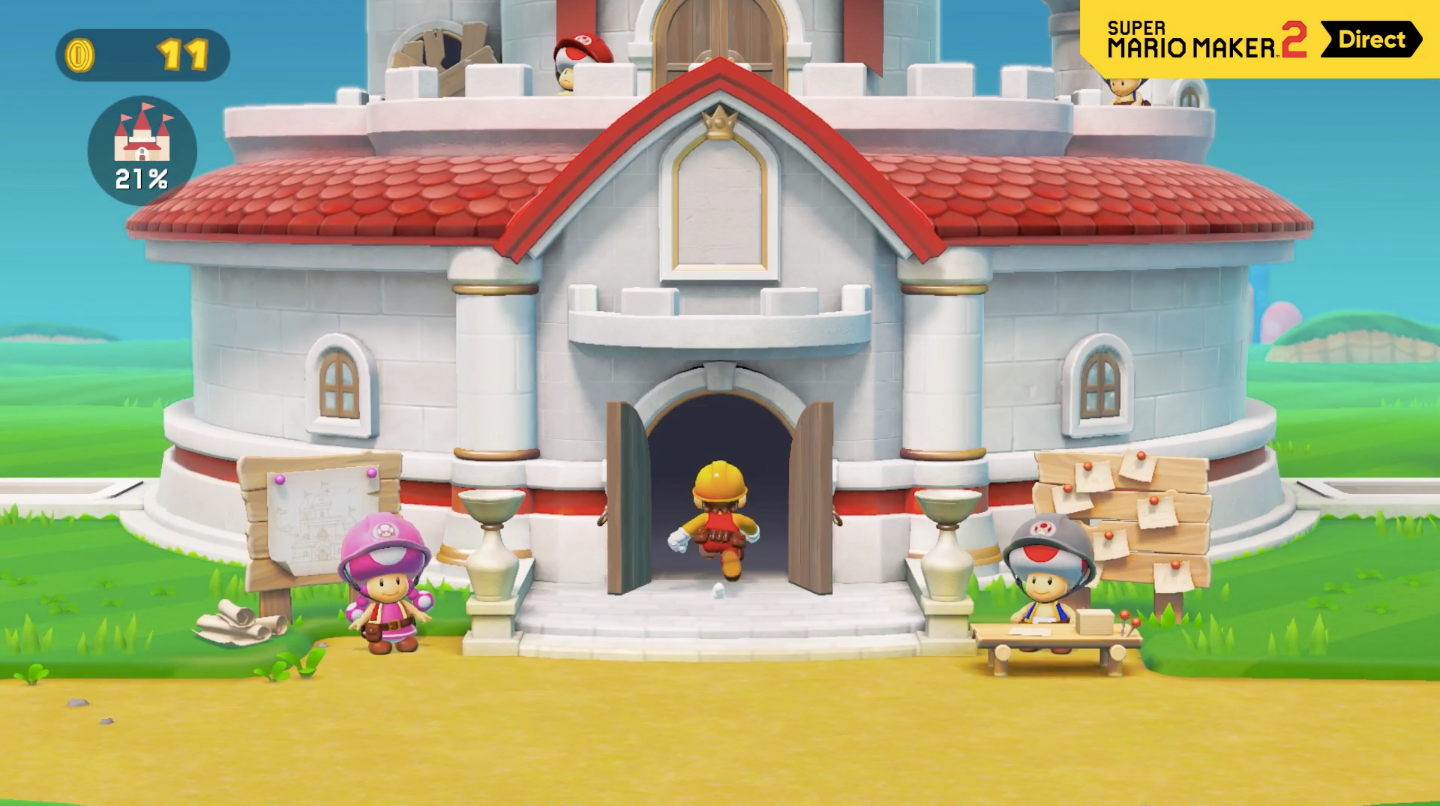 The sequel to Super Mario Maker will have a story mode, unlike its predecessor, Nintendo said today in a Nintendo Direct dedicated to the game. In said story mode, you’ll get to rebuild Princess Peach’s destroyed castle by playing through courses to earn coins for the reconstruction effort. Plus: lots, lots more.

Over the course of a 15-minute video for Super Mario Maker 2, which is out June 28 for Switch, Nintendo detailed a ton of new features that will be added to the Mario level builder, including clear conditions (“win by collecting 50 coins!”) and cooperative building with a second player. Also: Slopes, on-off switches, seesaws, angry suns, and even mechanics that have never been in a Mario game before, like swinging claws and a dry bones shell that lets you glide in lava and hide as a pile of bones. (And: a CAR.)

You can add auto-scroll to your levels, swap themes, insert moving water or lava, and much, much more.

Also, Nintendo today announced the Super Mario 3D World mode, which is two-dimensional but allows for features that the other games’ levels won’t support, like teleporting glass pipes and cat suits. There’s also a night mode and four-player multiplayer that you can play both competitively and cooperatively.