The Best Toys Of The Week Need Guns, Lots Of Guns

This week we have some adorable Dungeons & Dragons figures; John Wick, his alarmingly robust arsenal, and (of course) his dog; Captain America with some spoiler-ific Endgame accessories; and more! 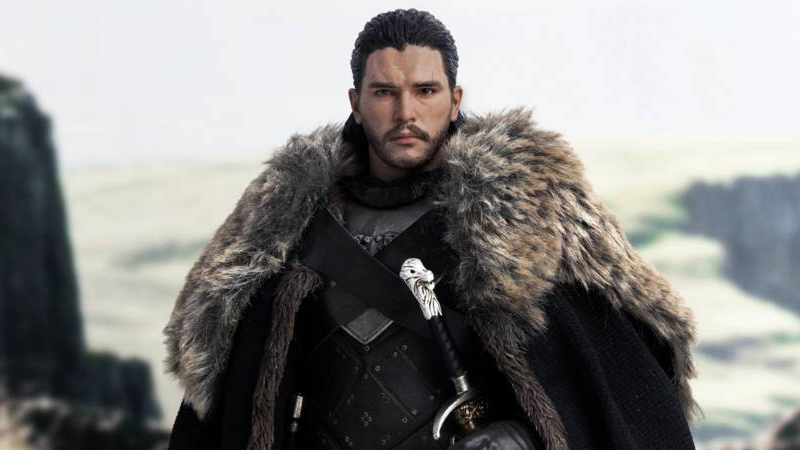 Game of Thrones reaches it’s final end this weekend, so if you want to commemorate it with a shiny new figure then… well, you best hope nothing bad happens to Jon Snow in the finale, because ThreeZero’s figure of him won’t ship until the end of the year. Based on his appearance in the last few seasons of the show—this is actually ThreeZero’s second Jon Snow, the first being based on his Night’s Watch outfit from Thrones’ first half — Jon comes with his trusty Valyrian steel sword Longclaw, a dragonglass dagger, and a…totally normal dagger not made out of any cool kind of material.

Could perhaps stab a Mad Queen with it though, if you wanted? Jon’s up for preorder now, and will set you back around $277. [ThreeZero] 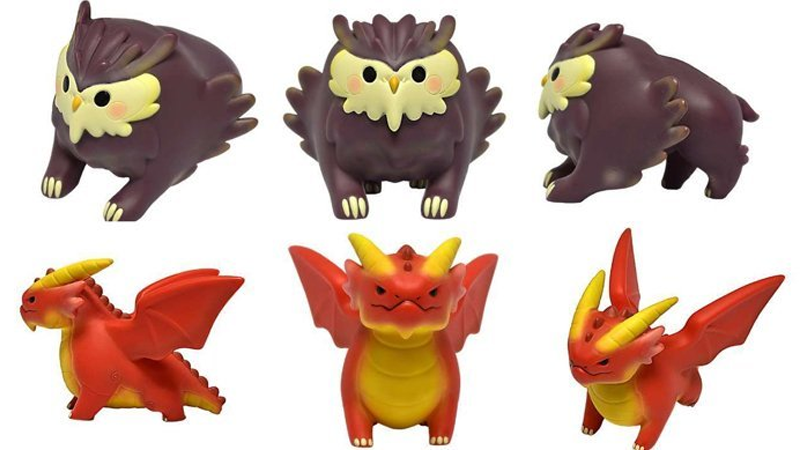 Who needs Figurines of Wondrous Power when you could have adorable ones? That’s a question Ultra Pro asked of itself before deciding to make these ultra cute little collectibles based on Dungeons & Dragons’ most iconic creatures. The new line of vinyl toys is kicking off with small, cutesy versions of an Owlbear and — of course — an iconic red Dragon akin to the one in D&D’s logo. Put them next to your sourcebooks! Use them as hilariously large and adorable miniatures in your next campaign! Whatever you do, it’ll be fun.

The Owlbear and Dragon hit shelves this September with more on the way, and will set you back about $20 each. [Comicbook.com] 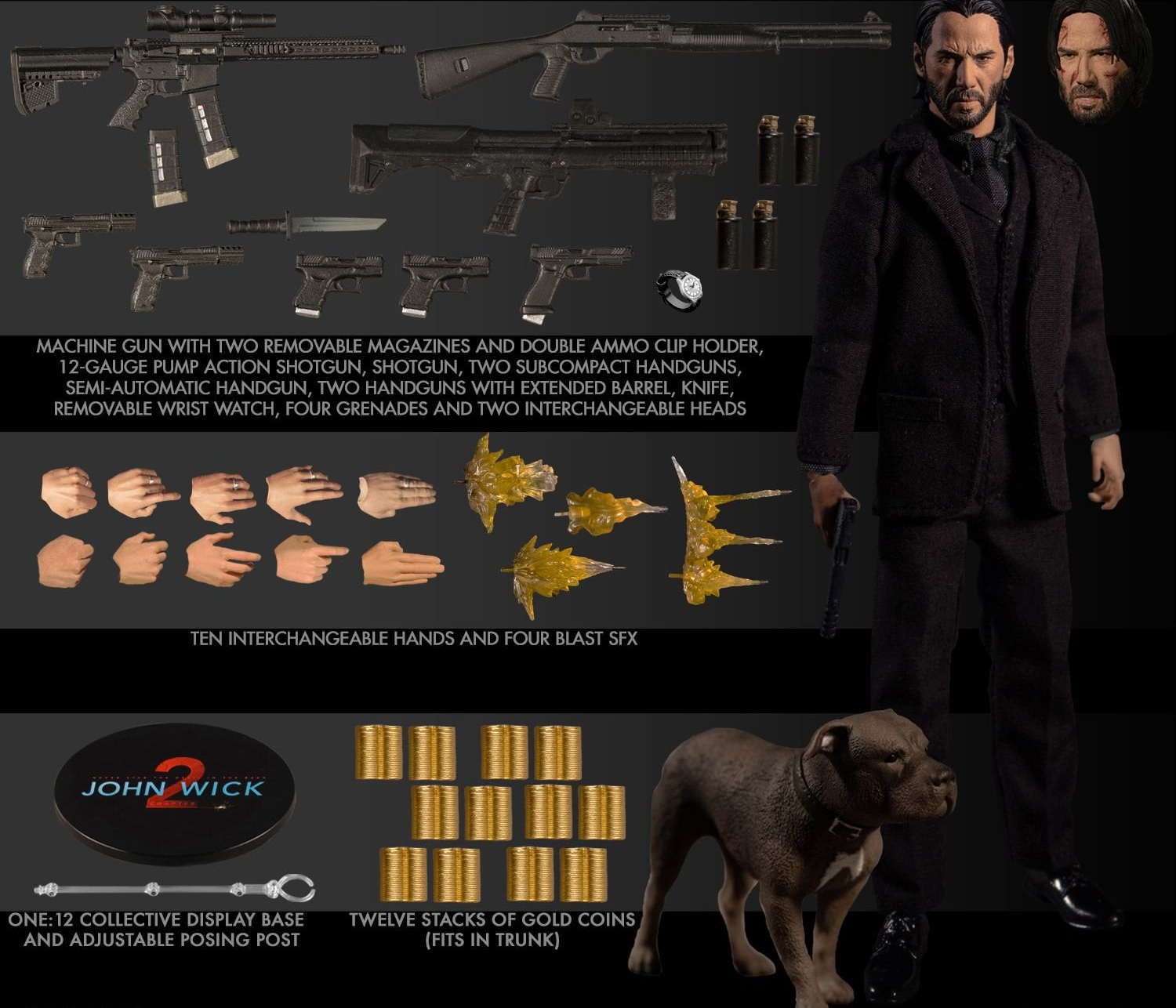 What better way to celebrate the release of John Wick: Chapter 3 than an action figure of Keanu Reeves as he appears in Chapter 2, that won’t be out until… early next year?

While you’ll be waiting a while to actually receive it, Mezco’s latest figure comes with a whole host of fancy accessories to make it stand out a bit more than simply being “tiny Keanu Reeves in a cutely tailored suit.” John comes with an alternate roughed-up head suitable for any action figure that’s just gone through a hard day’s assassinating, as well as his dog, some interchangeable hands, 12 stacks of gold coins, and, well… guns. Lots of guns.

Yes, thankfully little John is packed with a whopping six handguns—two with extended barrels, two subcompacts, and two semi-automatics — a shotgun, a machine gun with two removable magazines and a clip holder, a 12-gauge pump action shotgun, four grenades, and a knife for good measure. At least he’s got a trunk to store them all in, too! [Mezco] 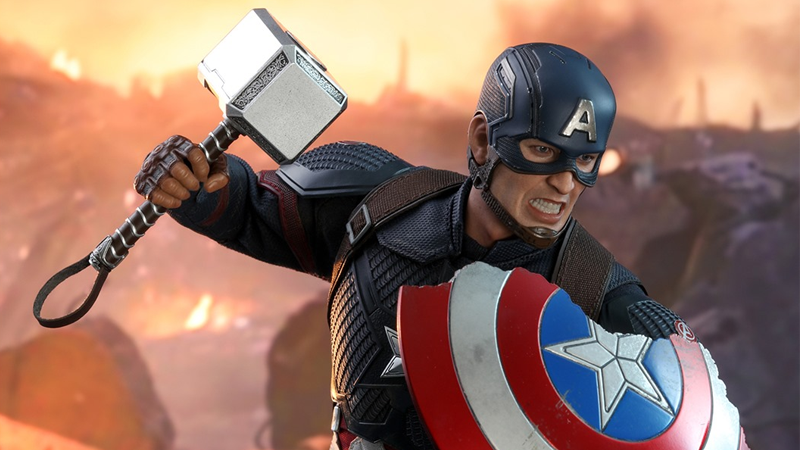 Hot Toys had already revealed its Endgame version of Captain America a while ago, but now that Marvel has lifted its “official” spoiler ban on the movie, the company has revealed that Steve will come with two highly anticipated bonus accessories: his shattered shield, based on the damage Thanos inflicts upon it in a ferocious assault in the movie’s final battle, and, of course, Mjolnir — the weapon of a truly worthy hero.

It’s great news that Hot Toys managed to sneak these in, but even better? You’re getting them even if you’ve already pre-ordered the figure, which is set to release in summer next year. [Toyark] 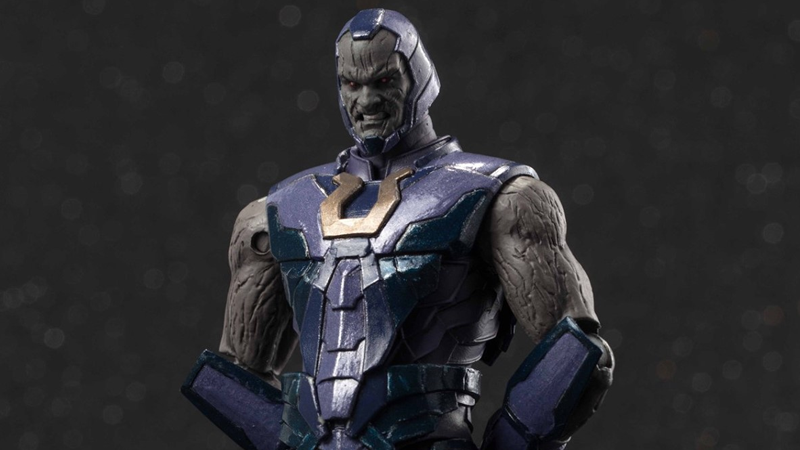 Hiya Toys’ line of Injustice 2 figures has been amazing if only because of how much detail and articulation they pack into the tiny 3.75″ scale—and while the latest, Darkseid, may be a bit larger than life to reflect his Apokaliptan stature, he’s still very impressive for such a small figure. No details on price or a full range of accessories have been revealed just yet, as well as an alternate headsculpt to pose him either mid-grimace or more neutral, though one promo images teases the possibility of the figure having some kind of light up feature to replicate the glow of Darkseid’s omega beams. [Toyark]