The Division 2 Replaced A Mystery With An Anticlimax

I don’t play games for rewards. I never minded much that collecting the flags in the first Assassin’s Creed gets you nothing, didn’t mind that grabbing all the stars in Mario 64 lets you talk to Yoshi but not ride him. The journey’s the fun and whatnot.

There was, however, this one mission in The Division 2 that bugged me: the G. Phillips Protocol. I wrote about it in late March, when it was one of the apparent in-game mysteries a community of players was trying to crack. The mission appears only after players complete another called Navy Hill Transmission, which itself is hidden and only accessible if players stumble across a mission-giver in the western part of the game’s recreation of Washington, DC. Something about these missions seemed off.

The Division 2 is mostly a game about shooting enemies and collecting better and better gear and guns, but it also can be played as an exploratory urban hike. It’s full of recreated museums complete with detailed exhibits. It’s stuffed with hidden collectibles, some of which dangle from trees.

You can ignore the shooting and looting and enjoy it as a discovery adventure, which makes finding Navy Hill Transmission thrilling. You’re told about secret government operations: the founding of the CIA or its predecessor organisation, the OSS. You wind up in secret underground rooms full of mysterious maps and files, and you’re teased with the idea that there are secret locations throughout the country tied to all of this. When Navy Hill ends, you get a marker on your map—a custom icon with a sword and wings—and it’s all very exciting to find out what will happen next. 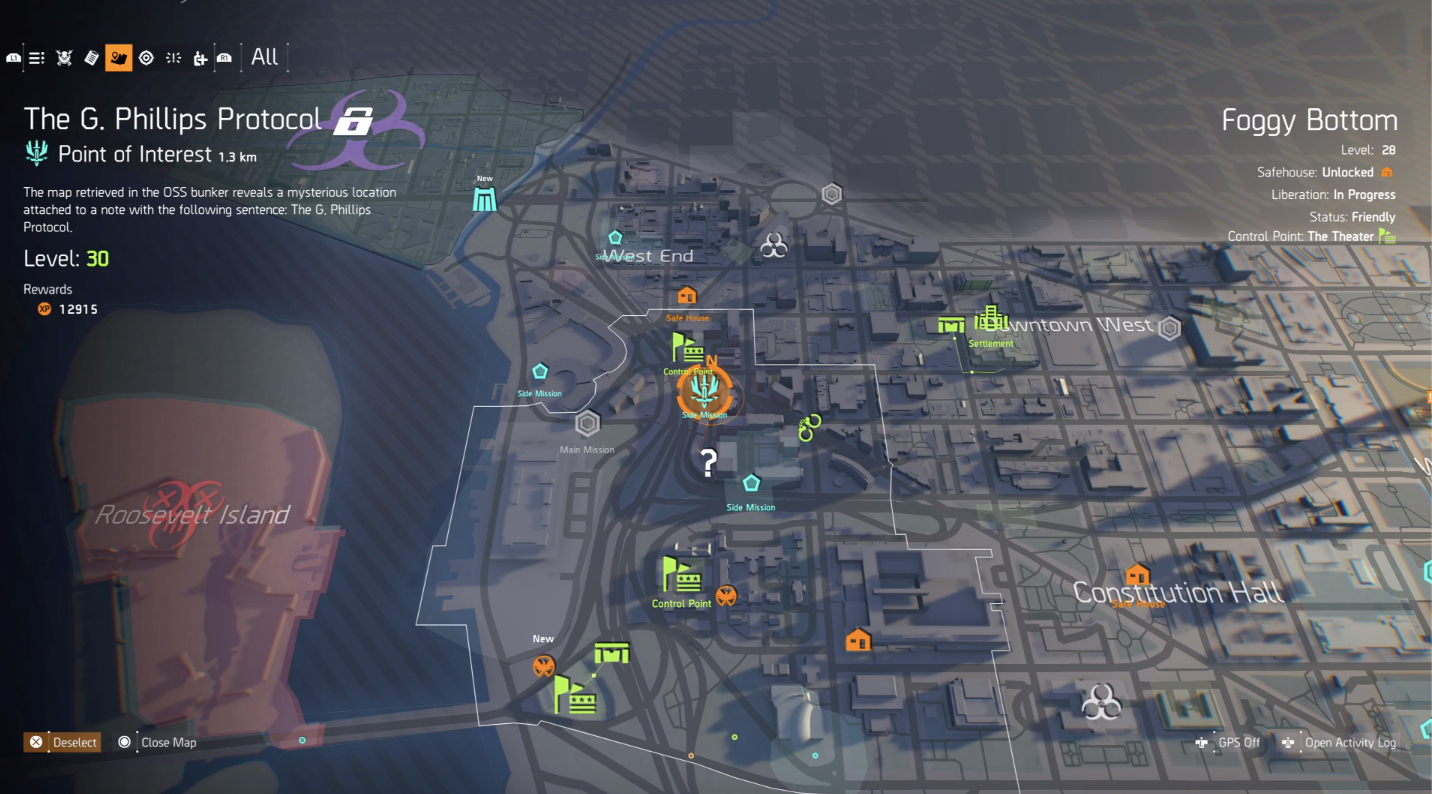 What originally happened next was that you could go to the location of the winged sword icon, start a mission called G. Phillips Protocol, and just as quickly open a door and be told you completed the mission. No exploration, no combat, no nothing—just a door opening into a hallway and a basement with washing machines, a piano, and some crates of decent loot.

It was terribly anticlimactic, unless it wasn’t really the end. I poked around in that basement for a while and couldn’t find anything. Other players poked more thoroughly, testing patterns of flickering lights, trying to glitch through walls, tracking down a similar room elsewhere in the game and attempting to find a connection, studying real life people named G. Phillips, just doing whatever they could. Somewhere in this two-mission chain, you’d be awarded a custom retro military outfit, but that’s it—until the middle of May when the game was patched.

Weeks later, the game’s developers launched a PC-only public test server where players could offer feedback on changes. One of them noticed that the G. Phillips basement had been tweaked and shared that information on the game’s subreddit. Alongside the existing loot, the developers had added a small box, inside of which was a new reward: a trinket for the player-character’s backpack in the shape of a film reel. Backpack trinkets are offered as relatively rare rewards elsewhere in the game. The thinking was that this was the developers’ way of providing a more clear-cut and satisfying way to end the quest chain. 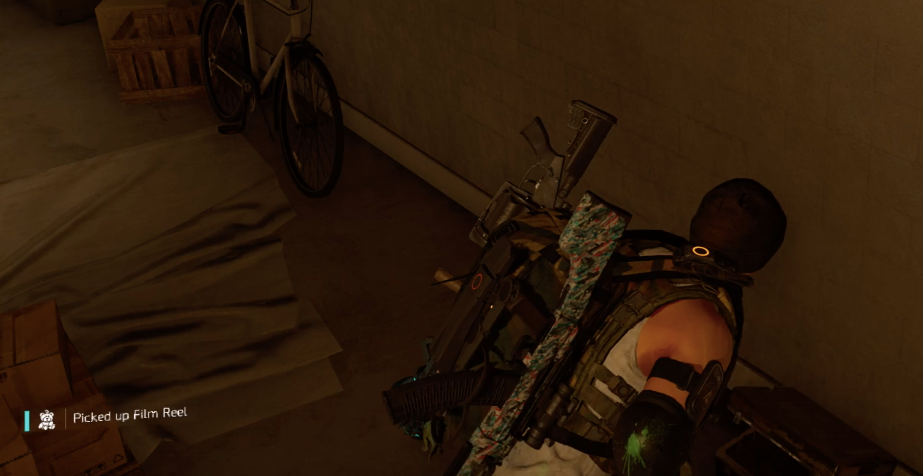 I’d requested interviews with the game’s developers about this mission a couple of times, but those requests, unlike others, went nowhere. By mid-May when the patch hit, I went to that basement myself. I got the film reel trinket and left, still dissatisfied.

In the weeks since, I’ve noticed players on the main Division 2 secret-sleuthing Discord struggle to discern if there could still be more to it. They’ve looked closely at an in-game map, hoping to find some clues, but it’s clear most have given up. There’s nothing more to it, a lot of them have decided. I agree.

No revised reward for G. Phillips could have satisfied me. This mission, set up with the hint of multiple hidden locations and secret U.S. history, ultimately just entailed opening a door and walking into a basement. I can live with, say, getting the same bow and arrow in an Assassin’s Creed expansion three dozen times, if the things I’m doing in a game are interesting. When the journey isn’t as exciting as I’d hoped, that can’t be patched away.