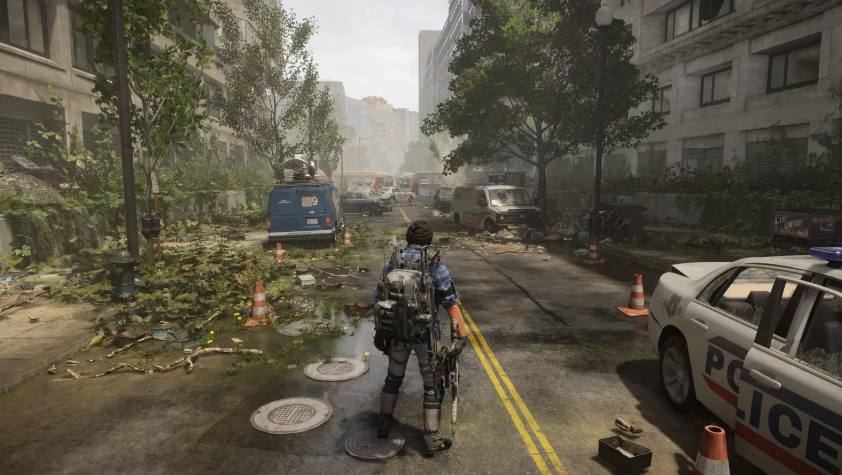 Citing fan feedback, player data and “intense internal discussions,” the makers of The Division 2 will not be introducing 515-level gear in the game’s big update coming next week. That decision that may seem granular to outsiders but is actually a significant acquiescence by the game’s creators in an ongoing drama around the game that dates back to the first Division.

For the past month, since the developers originally announced they were going to introduce 500+ level gear, fans have fretted that they may have been wasting their time crafting sets of backpacks, chest plates and other gear at the current top item level of 500.

These items can all be tailored with specific perks that fit fans’ playing style in the game’s ongoing depiction of a fight to repel enemy factions in post-disaster Washington DC. All that work would have been wasted by the sudden introduction of 515-level gear.

That concern was exacerbated by the fact that the game’s developers had initially only promised that 515-level gear would drop in the Dark Zone, meaning that players would potentially have to go there to get it. The Dark Zone is arguably the most divisive section of both Division games and one that seemed to be struggling to attract players of The Division 2.

The rest of the game is set up with a player-vs-environment co-op design, but in the Dark Zones, players can betray each other and turn the action into player-vs-player.

From the start, the developers have been dropping hints that 515-level loot would be available through means other than the Dark Zone. Still, many fans expressed scepticism and occasional fury on the game’s forums and subreddit.

“We don’t want to invalidate your progression and we heard that feedback loud and clear from our community.”

That scepticism was addressed in gentler tones in a post published to the game’s official site and signed by “The Division 2 Dev Team” today. The post acknowledged that “[t]he introduction of 515-level loot “would have created a couple of issues.”

For one, suddenly offering higher-level gear would have fed into a constant chase for better-scored gear at the expense of players collecting gear that best suits their preferred playing style. It also would have squandered the time players put into creating their ideal set of 500-level gear and done so right before the planned addition of the series’ first co-op raid.

“We don’t want to invalidate your progression and we heard that feedback loud and clear from our community,” the writers of the post said. “Your gear and your builds are important to you and to us.”

It’s risky for developers to design in reaction to fan rage, but fan argument was on solid ground for this one. Still, the developers made the effort to come off as responding to more than just angry forum posts, saying the decision was made thanks to data from the game’s public test server as well as “a lot of meetings, chats and video calls and many white boards being filled with thoughts, notes and graphs.”

The 515 change would have gone into effect with the game’s Title Update 3, a major patch to the game releasing next week and intended to address a litany of complaints about a game which has transitioned from initial waves of fan praise to a curdling of criticism.

Title Update 3 will rebalance a lot of in-game skills, supposedly will make the in-game drones smarter, dumb down some enemies, overhaul how weapons can be recalibrated with less risk of them losing key stat boosts, and more. The introduction of 515 loot threatened to negate any goodwill fans might have felt about the patch’s other more positive changes.

Many fans on the game’s forums took the 515 plan and the fact that it was only ever specifically promised for the Dark Zone as a sign that Ubisoft was tweaking their game to drive players into a part of it that many simply didn’t want to use.

Early design decisions and tweaks in the first few months of the first Division also seemed tailored to send players to the Dark Zone and similarly riled fans at the time. Lightly populated Dark Zone regions in The Division 2 signalled that that aspect of the game was once again not as popular as the developers wanted it to be, and the 515 plan seemed primed to force the issue.

While the game’s creators never said that populating the Dark Zone was their goal, today’s post referred to improvements in the Dark Zone to make “it more fun and rewarding,” which is a clear enough signal about what the 515 plan had been intended to address.

While Title Update 3 won’t add 515 gear, it will guarantee 500-level gear for players who have reached an overall player gear score of 500 and then do any of the following activities: collecting contaminated loot in the Dark Zone (most directly by beating bosses or clearing landmarks in the DZ), defeating bosses in strongholds, defeating bounty bosses, clearing missions on heroic difficulty, opening reward containers after clearing a level four control point or completing specially designated daily missions at hard or challenging difficulty. All but the first of those options involve activities in the main part of the game, not the Dark Zone.

In a developer livestream today, co-host Hamish Bode looked antsy for that full range of options to be listed and exhaled after the rundown with the comment: “Yay, PVE as well.”

The patch notes for The Division 2’s Title Update 3 are long and not all of them are listed online yet. Some highlights mentioned in the dev stream include:

The game’s Title Update 3 goes live next week. The new eight-player raid, which was supposed to come out in late April but had been delayed while the team focused on the other overhauls in this update, is said to be coming shortly thereafter and will get a new release date, at least, next week.