The Extremely Expensive Retro Console That Still Can’t Be Emulated 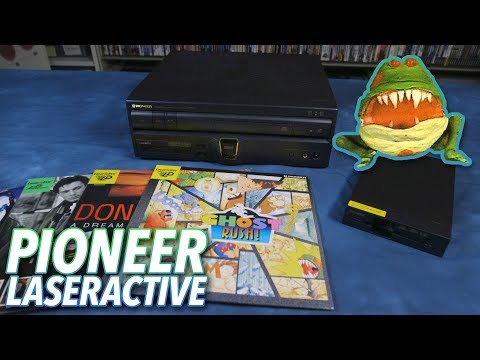 Today, it’s trivially easy to play even the rarest out-of-print video games in the world with just a few mouse clicks. Some kind fan has probably dumped the game online, and someone else has probably written an emulator to run it. But that’s not the case with the LaserActive.

Released in 1993, the Pioneer LaserActive console played games on the now-obsolete laserdisc format: those massive silver platters that were once the high-end alternative to VHS. After paying nearly $US1600 ($2,327) for a full LaserActive setup, you could play games that were unlike anything else you could have in your home, since they used full-screen, full-colour video.

But while most other game systems can be easily emulated today, the analogue nature of the laserdisc format means that playing LaserActive games on your PC is still a faraway pipe dream in 2019. The only way to play these games is to find an original unit, which costs today approximately what it did back then.

On this episode of Complete In Box, we went deep into the archives of the Strong Museum of Play in Rochester, New York, so I could try a LaserActive game I’d never been able to get my hands on before—a game about busting ghosts in a haunted mansion called Ghost Rush. Was it worth the 25-year wait?