The First Hours Of Rage 2 Are Fun But Repetitive 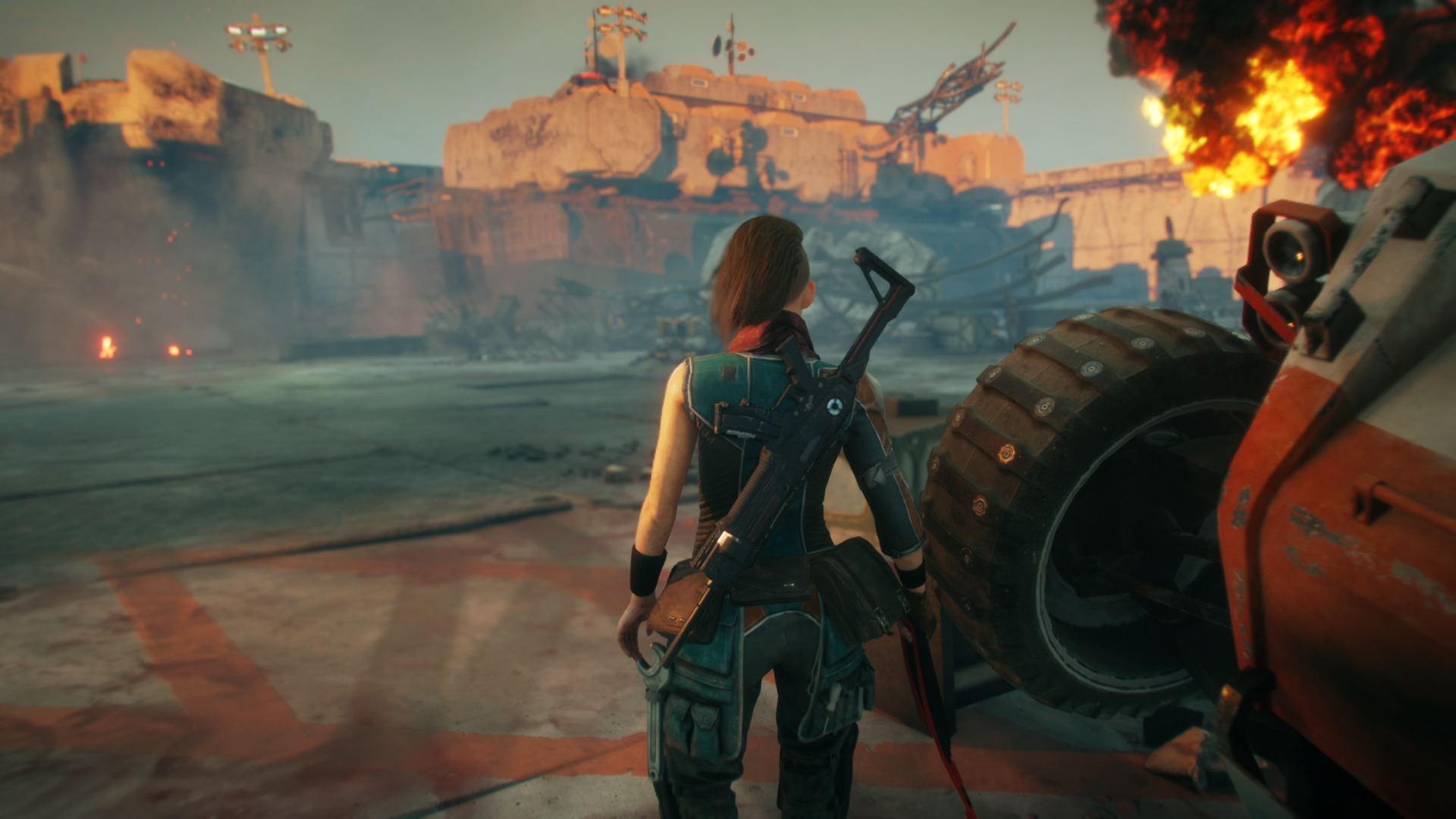 I’ve played a few hours of Rage 2, and so far it’s as loud and delightfully dumb as an Andrew WK song. I’m just afraid the fun will end soon.

When Andrew WK showed up at E3 last year to perform “Ready To Die” at Bethesda’s conference, I freaked the hell out. I love Andrew WK and the wild stupidity and joy of his music. In the first couple of hours I can feel that same wildness from Rage 2, but I can already tell where the joy may wear thin.

The opening of Rage 2 gets straight to the point. Your character, Walker, can either be male or female, and they become a member of a faction known as Rangers at the start of the game after they steal some armour from a Ranger who got his head bitten off. What is a Ranger? Doesn’t really matter, honestly, and Rage 2 gives you the present of not having to worry about that detail.

You’re in the Wasteland, which is a wasteland. You’re trying to defeat the Authority, which for all intents and purposes are science fiction desert nazis. Your mentor? Dead in minutes. The rest of the soldiers you fight with? Mostly also dead. You’re apparently the only one left with this powerful armour, which Walker notes to her friend Lily with some delight.

“Dude, I’m the only Ranger left,” your character says with a giggle. The comedic tone of the scene, despite the carnage, gave me shades of Beavis and Butthead.

The opening cutscene and gunfight of Rage 2 introduce you to a word full of deadly mutants, big guns and a lot of blood. It’s a world with roaming traders that you can flag down with a honk of your car horn, bandits and mutants fighting each other as you make your way to the next destination, and neon blue and purple flares sending smoke up into the sky. Sometimes the design of this world is beautiful in its ramshackle, used future kind of way. I was ready and waiting for it. But the game is not as wild as it appears so far.

As soon as I ventured off into the game’s open world, I felt like it wasn’t the neon soaked gorefest I had been anticipating. Sure, I stumbled into fights while on the road, and stole some cool vehicles to make my trek through the desert a little easier. But the mission at hand feels very formulaic, and the fun combat doesn’t quite make up for the lingering feeling that I’ve played a game nearly identical to this many times before. In order to take down the evil General Cross, you have to find three people to help you, in three different locations on the map. On your way, you come across Arks, buildings that can give you special abilities if you can fight off enemies and get inside them.

So far I’ve unlocked a double jump and an ability that allows me to break through armour and sometimes just explode dudes. It’s incredibly fun to use, but the repetitive gunfights make using my powers feel more like habit than an exciting tactical advantage.

In the three hours I’ve played, I’ve driven in the desert, found an Ark, killed off the bandits guarding it, gotten a new ability, killed more bandits, and then gotten back in my ride. Rinse, repeat. It’s a formula that works, but sometimes it blends in my brain with a whole bunch of other games.

I could be playing Horizon Zero Dawn, or Far Cry 4, or even Avalanche Studios’ own Mad Max, with its own dystopian desert and wild vehicles. Rage 2 doesn’t do a whole lot to differentiate itself from those kinds of games, and the copy and paste feeling takes away from its world.

I’ve breezed through the early gunfights. So far, Rage 2 makes fights harder simply by throwing more guys at me. As I keep upgrading my skills, more bodies feel like less and less of a challenge.

I’m hoping continuing to upgrade my abilities will keep my interest for the entirety of the game. I’m here for the anarchy and bombast Rage 2 has promised, but unfortunately I’m still in search of it. I did have a moment early on that made me feel like I was truly fun and fancy free in a world unlike our own. I was driving to the next Ark when I came upon some enemies in the middle of the road.

I had just hopped in my first vehicle and decided to try to run them over, saving myself some bullets. I did run them down, and they did die, but my car also exploded in a fiery wreck and I died. I laughed, having found some of the chaos I was looking for. Hopefully there’s more to come.