Video game conventions have their upsides; you get to play all the latest games and meet people who are interested in the same stuff as you. But big conventions are a reminder that human beings are loud meat megaphones that constantly emit a dying bouquet of foul odours. Also, playing video game demos while overstimulated and cooking under convention lights is not ideal. LudoNarraCon, which is running this weekend, proposes an alternative: an all-digital convention hosted entirely on Steam.

As its mouthful of a name suggests, LudoNarraCon is focused on narrative-driven games. It has its own page on Steam and starting today, it’ll be streaming (and replaying) a series of developer panels focused on video game storytelling, with topics like romance, death, and everything in between. At the same time, participating games — some of which are already on sale, others unreleased — will be offering free demos, going on sale, or both. These include story-driven 2019 highlights like Heaven’s Vault and Sunless Skies, as well as promising-looking upcoming games like Boyfriend Dungeon and Overland.

LudoNarraCon was born out of its organisers dissatisfaction with more traditional conventions like PAX. Chris Wright, the managing director at game publisher Fellow Traveller, which is the studio that is organising LudoNarraCon, explained the situation to Kotaku via email. “At the end of last year, we were doing a lot of thinking about conventions and whether they were working for us,” he said. “We’ve been doing booths at several big conventions a year for a long time, but increasingly we were feeling that we weren’t getting great outcomes for the time and money they were taking up.” 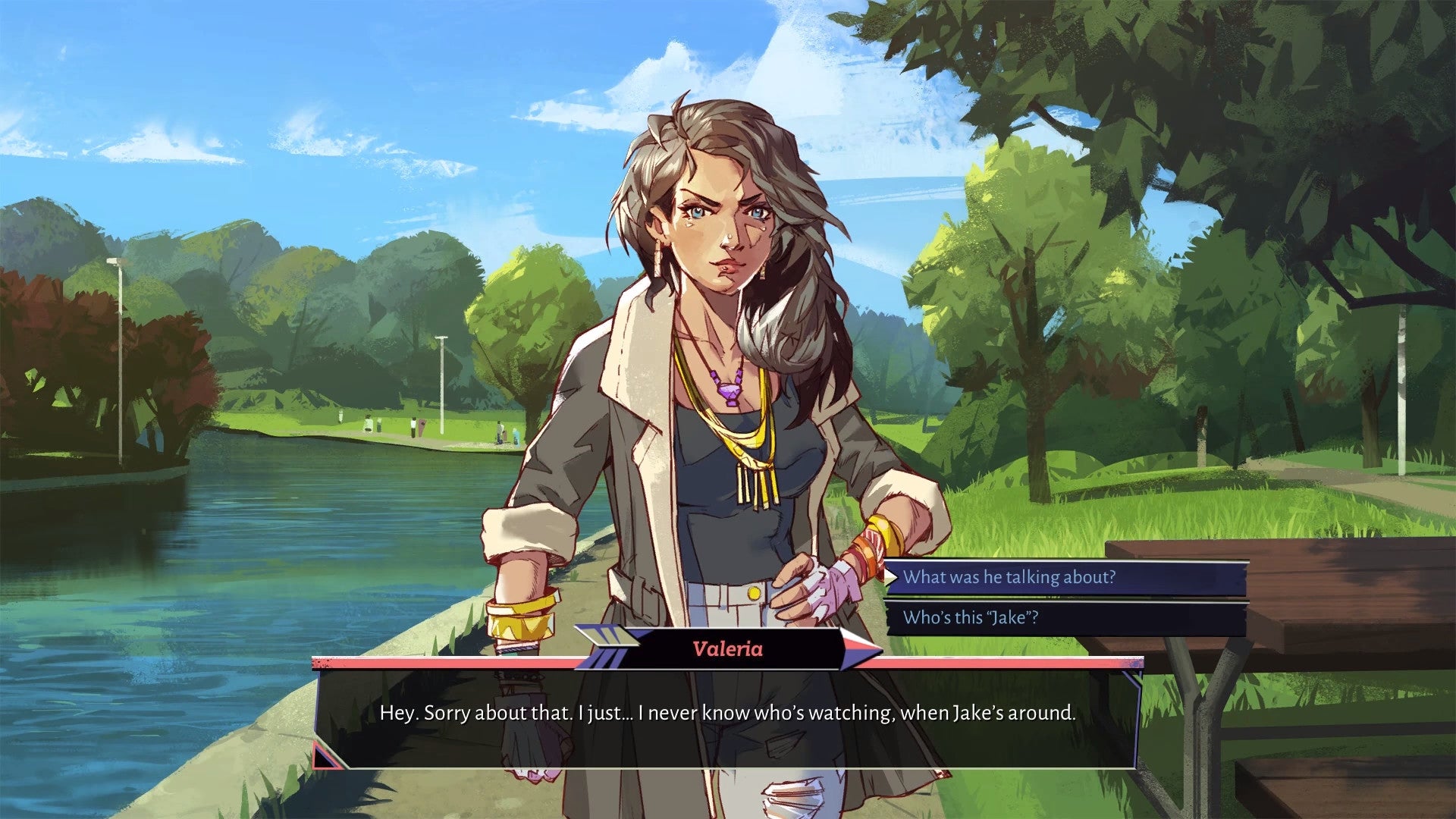 So Fellow Traveller decided to take a crack at hosting its own digital convention. Wright and his colleagues met with Valve, who ended up offering support in the form of custom behind-the-scenes work and promotion across Steam. That meeting convinced the folks at Fellow Traveller that their idea was “both cool and possible,” so they decided to go for it.

LudoNarraCon is less up close and personal than a typical video game convention, but Wright thinks this approach offers a lot of benefits that typical conventions don’t. Something like this, he believes, wouldn’t have worked as well IRL — or even on, say, YouTube or Twitch. The key is Steam.

“We’ve definitely considered the issues around moderation and that people might feel empowered to behave in ways online that they wouldn’t at a physical convention.”

“Doing something like LudoNarraCon on Twitch or YouTube would be possible, but doing it on Steam means we are able to tap into the insanely high levels of traffic they get from all over the world,” he said.

“Besides the audience, the biggest benefit of holding LudoNarraCon on Steam is that [developers] are exhibiting in the same place they are selling. Their ‘booth’ is their store page. This means that people watching can wishlist or buy their game in one click, and there is effectively zero distance between someone attending their booth and taking action. This is vastly different to physical events where you are hoping people will remember your game long enough and be motivated enough to go to Steam and wishlist it or buy it when they get home.”

It’s also cheaper for developers, he said, who don’t have to foot a potentially ludicrous bill for travel, lodgings, and booth space. He feels that it’s good for attendees as well, given that this makes the process of actually getting their hands on the games they’re excited about more convenient, and they can immediately hop into the convention’s stream chat or games’ forums to connect with developers.

Steam’s leviathan scale and history also introduce some drawbacks. Steam has never been particularly well moderated, which has allowed for the growth of an audience segment that’s at times virulently anti-developer, and, at its worst, gleefully toxic. A vocal contingent of Steam users are also hostile towards non-traditional games, which LudoNarraCon happens to be all about.

Even in recent times, with Valve finally deploying its own in-house get wince-inducingly gnarly before they get better. Wright still thinks Steam’s benefits outweigh its downsides, and LudoNarraCon is providing extra moderators of its own just to be safe.

“We’ve definitely considered the issues around moderation and that people might feel empowered to behave in ways online that they wouldn’t at a physical convention,” he said.

“We have a great team of volunteer moderators for the event, and each exhibitor is also working on their own moderation team. Steam offers a few tools for this, too, such as having the stream chat off by default when people arrive so that no one has to see the chat unless they want to and ways for us to moderate the chat… Valve have also been supportive and will be there if we need them.”

This is the first LudoNarraCon, and also, the first game convention ever to take place entirely on Steam. Wright and the rest of the team at Fellow Traveller view it as an experiment, and if all goes according to plan this weekend, they’d like to run it again in the future. They also hope other game makers will learn from their example.

“By solving our problem of how to we promote our games and help connect our developers with an audience, we’re also hopefully solving that problem for other developers working in the same space,” said Wright. “We hope to grow LudoNarraCon into a regular event and a major platform for this kind of game… We’d love to see other people pick up the baton and build on this idea, maybe run some other similar conventions with a different focus.”