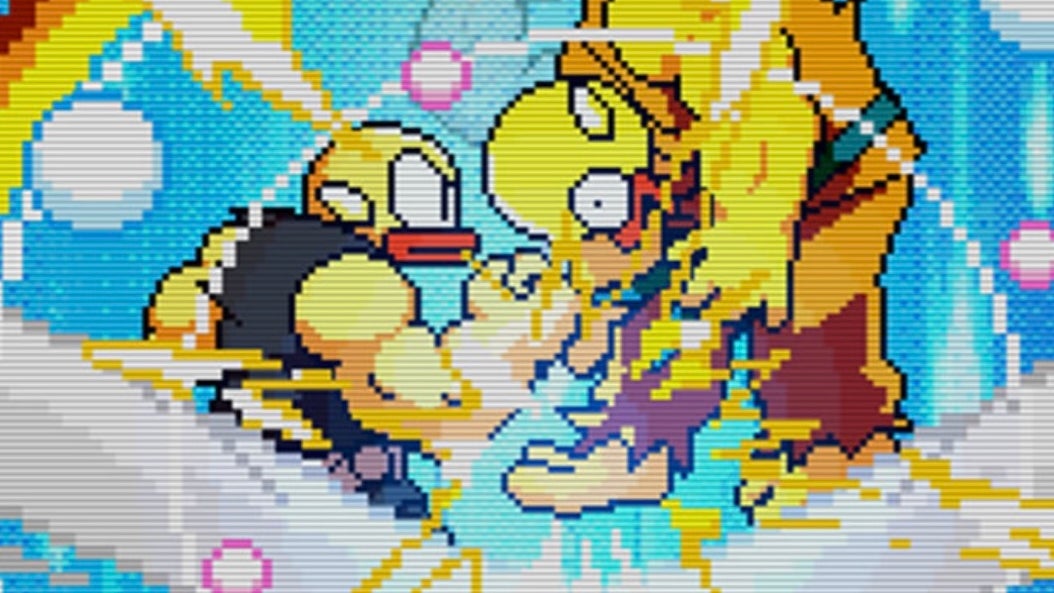 Remember Flappy Bird, the mobile game that took the world by storm (and made its creator, Dong Nguyen, upwards of $US50,000 [$71,450] a day) back in early 2014? Nguyen pulled the game from the App Store just a month after its debut, but the legacy of Flappy Bird continues to influence mobile game development to this day.

Flappy Fighter, released for free through the iOS App Store on May 2, is the latest to pull inspiration from the simplistic flying game. Because I’ll devote stupid amounts of time to anything even slightly resembling a fighting game, I spent much of the past day messing around with it.


Much like the game it parodies, Flappy Fighter is beautiful in its simplicity. But where Flappy Bird was focused on flying through an endless series of obstacles, Flappy Fighter pulls the iconic bird character into the world of fighting games by giving him a muscular body and a collection of easily-recognisable Street Fighter-inspired attacks.

The overall presentation is slick, with arcade-style graphics and all the trappings one would expect from an old-school fighting game, including hype intros, splash screens and over-the-top K.O. animations.

Flappy Fighter is obviously not the first or only fighting game released on mobile platforms. Over the last few years, classic genre entries such as Marvel vs. Capcom 2 and Soulcalibur have been adapted for smartphones to varying degrees of success.

The main sticking point is allowing players comfortable control over their characters within the limitations presented by a touchscreen-exclusive interface.

Some mobile fighting games, such as the aforementioned ports, place an unreliable virtual joystick on the screen and call it a day, but Flappy Fighter improves the experienced greatly by restricting movement to two options: Dash forward and dash backward.

Attacks in Flappy Fighter are similarly limited, with four virtual buttons dedicated to one move each. Button 1, for instance, is a Tatsumaki, the spinning Hurricane Kick made popular by Shotokan karate practitioners such as Ryu and Ken in the Street Fighter franchise.

Button 2 performs a jumping kick, Button 3 throws a Hadouken fireball, and Button 4 performs a Shoryuken uppercut, all of which also reference similar moves from Street Fighter with new, humorous names to match the overall theme (Flapooken, Flappyken and so on). These moves also double as movement tools on top of the existing dashes.

Finally, a super move, the Shin Flappyken, is activated with a simple press of the health bar once the requisite meter has been built up.

Even with its pared-down interface, there’s still some depth to Flappy Fighter’s combat system. By using the jumping attack and pressing the Hurricane Kick button while Flappy is in the air, he’ll perform an airborne version of the move — again, just like Street Fighter.

The projectile button becomes a simple jab when close to the opponent, which can be linked with a second press of the same button to combo into the fireball. Flappy is also capable of dash-cancelling the fireball, opening up further offensive opportunities as the opponent reels from the chucked plasma.

During my time with the game, I’ve been able to come up with a variety of interesting combos that didn’t seem possible at first due to its simplistic nature. Turns out the controls are responsive enough to allow for some pretty neat stuff.

Unfortunately, the fun of Flappy Fighter begins and ends with training. The only other mode is a bare-bones series of fights against a computer-controlled Flappy. There are three difficulties from which to choose, but I found myself dispatching the opponent quickly and easily at each level.

Furthermore, because Flappy is the only character at the moment (stay tuned), you’re stuck playing mirror matches. Online play, a staple of competition, is also missing.

Flappy Fighter is a surprisingly amazing take on the fighting game genre. Even shrunk down to a mobile platform, its combat system is compelling thanks to the way it simplifies movement and attacks while providing depth for those willing to explore a bit.

The controls are tight and responsive, and despite using virtual buttons on a touchscreen, the act of experimenting felt as fun in this game as I’ve found it to be in pretty much every other fighting game I’ve played in recent memory. The lack of features, however, will likely keep casual players from coming back for more.

Still, it’s incredible to see a capable fighting game arrive on iOS, and I can’t wait to see what else comes from this plucky little project.