The History Of Lightsabers In Video Games

The lightsaber is the main weapon of the Jedi and Sith and is seen often in the main Star Wars films and TV shows. It emits a powerful beam of focused energy and also makes a really fun noise when you move it around. You know the one. You’ve made it at least once in your life while holding a broom or stick.

These fun weapons have been around since the very start of Star Wars and as a result, they’ve popped up in many different Star Wars video games throughout the past 30+ years. These awesome space swords are also a great way to show how video games have improved and advanced over the last few decades. So grab your lightsaber, turn it on and wave it around.

As far as I can tell, this is the first video game that allowed players to control a lightsaber. Star Wars: Jedi Arena was released for the Atari 2600, a console that wasn’t capable of producing the most advanced visuals. As a result, the lightsabers found here are very primitive looking, but they do almost sound like their movie counterparts. This isn’t a great digital lightsaber, but we have to start somewhere.

Also, while it is called Jedi Arena, one of the Jedi is using a red lightsaber. But I guess this was early enough in Star Wars history that there wasn’t really any canon or lore to break 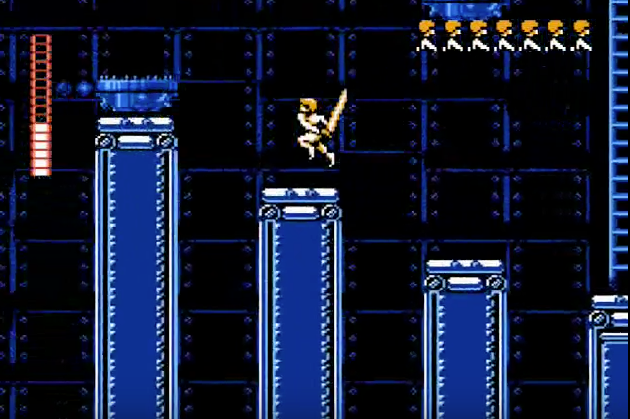 A few years later, we got the next big step forward in lightsaber action. In this game, an action platformer, players control Luke Skywalker himself and fight enemies using a blaster and a lightsaber. This is one of the first, or maybe the first, game to let players use their lightsaber in combat against enemies.

Granted, the combat is stiff and looks bad, but still a step forward. Oddly, the lightsaber is orange, which is actually a step back after the blue and red sabers seen in Jedi Arena on the Atari 2600.

The big advancement made in this game for the SNES is the overall look, sound, and feel of the lightsaber. Yes, in the first Super Star Wars you could get a lightsaber, but here the weapon has a bigger role in the game and Luke is able to use it more effectively. This is also the best-looking saber we’ve gotten up until this point. 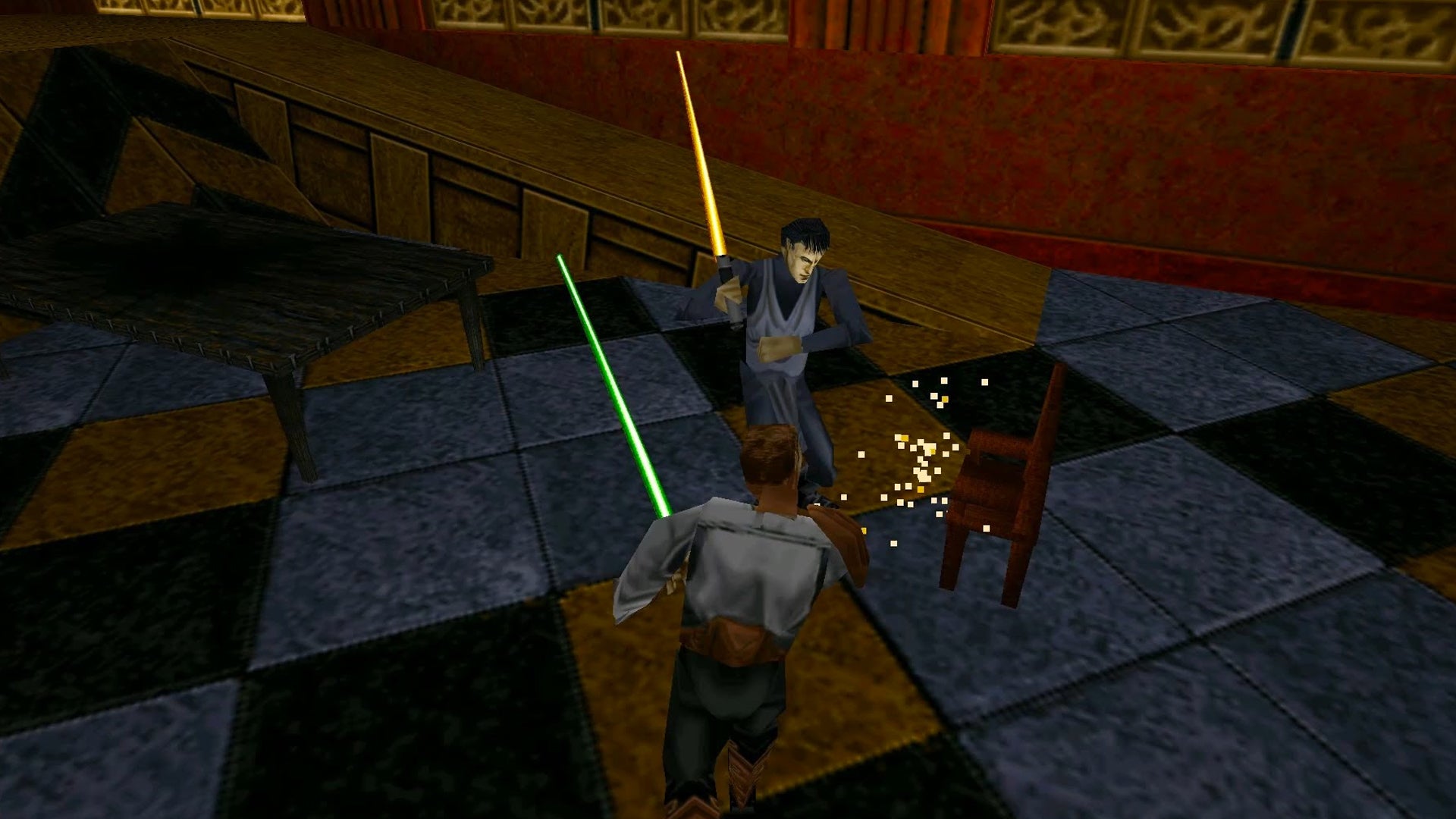 The lightsaber appears in 3D for the first time in this classic game, Star Wars Jedi Knight. This is a big jump in lightsaber tech. Players can now block lasers shot at them and the combat is better than in previous games. The lightsaber blade also looks very good now, fully 3D and with the proper colours. Also, the saber sounds are fantastic and feel ripped right out of the film.

There were a lot of games launched around the release of Episode 1 in theatres, but maybe the most impressive was this often forgotten game for the original Xbox. The combat is clunky in this mediocre action game from 2001, but the lightsaber here looks good.

It also emits coloured light on to the ground around Obi-Wan, which is a nice improvement over previous games. This is something the movies rarely did too, until the sequel trilogy. The most famous moment of coloured lighting created by lightsabers is probably the Dooku fight from Attack Of The Clones.

The Jedi Knight games, including the later Jedi Academy sequel, are regularly considered by many to be some of the best Star Wars games ever made. A lot of this is because of the lightsaber combat found in these games. Jedi Outcast really improves the combat over the action found in Dark Forces II, adding more moves and smoother combat.

But even more impressive, this is the first game where players can use the lightsaber to actually cut limbs off enemies. To activate this you need to enter in a cheat code or mess around with the game’s files. But once you do this, you can cut dudes clean in half.

Also, a nice touch is the way the lightsaber actually leaves marks on the walls and floors as it makes contact with them. A huge step forward in lightsaber tech. Most of the great stuff found in Jedi Knight II is found in Academy, released a year later. But the coolest new addition is the ability for players to create their own lightsaber. You can choose different colours and even different variants of sabers, including the awesome ability to dual wield. This seems to be the very first game to allow players to dual wield lightsabers. 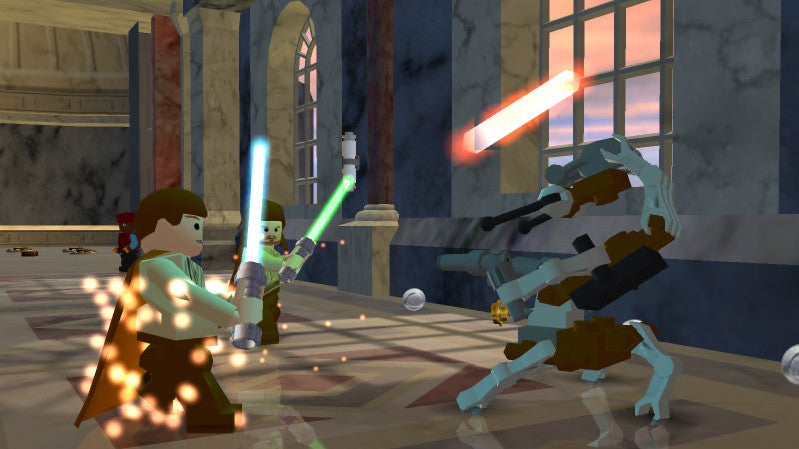 This is technically the first appearance of a lightsaber in the HD era/Xbox 360 and PS3 era of video games. It was released just a few months before Star Wars: Force Unleashed. The lightsabers in this game look good, but sadly they don’t really cut people up or mark the ground like in Jedi Outcast. 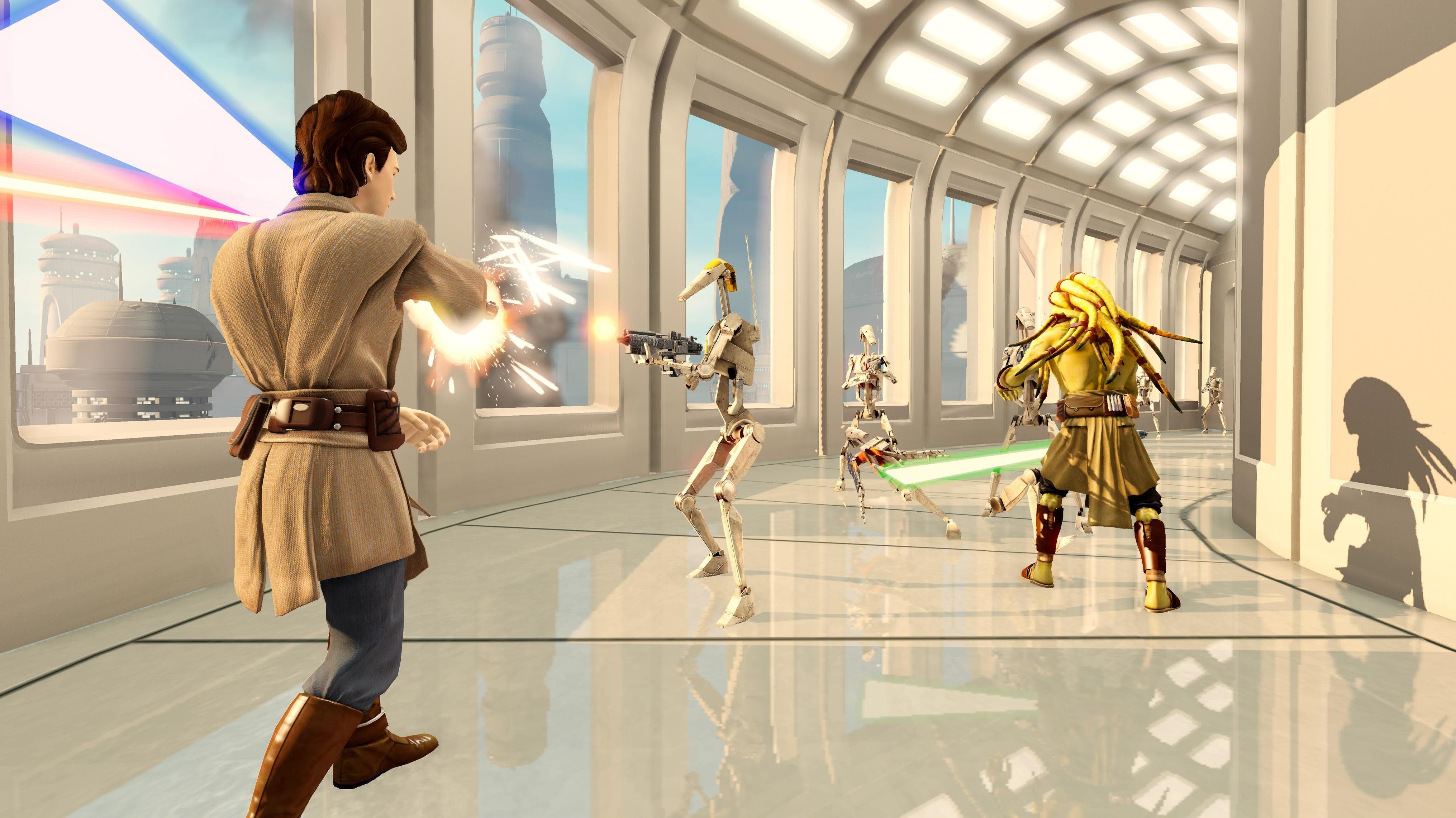 This isn’t a great game, but it did improve the visual quality of lightsabers and (kind of) let players swing around a saber with their body. This was a dark time for Star Wars. This was the era without new movies and filled with crap like this and Angry Birds Star Wars. 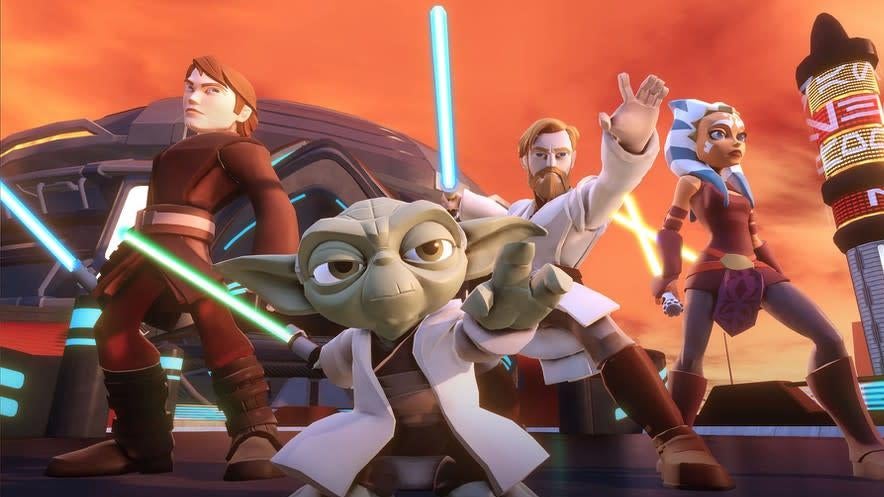 Similar to how Soul Calibur predates Force Unleashed on PS3/Xbox 360, Infinity 3.0 and its Star Wars characters predate Battlefront 1 from EA, making this the first time you could see lightsabers on PS4 and Xbox One. While primarily a game for kids, Infinity 3.0 actually had some solid lightsaber combat and looked wonderful. What a shame this series died. 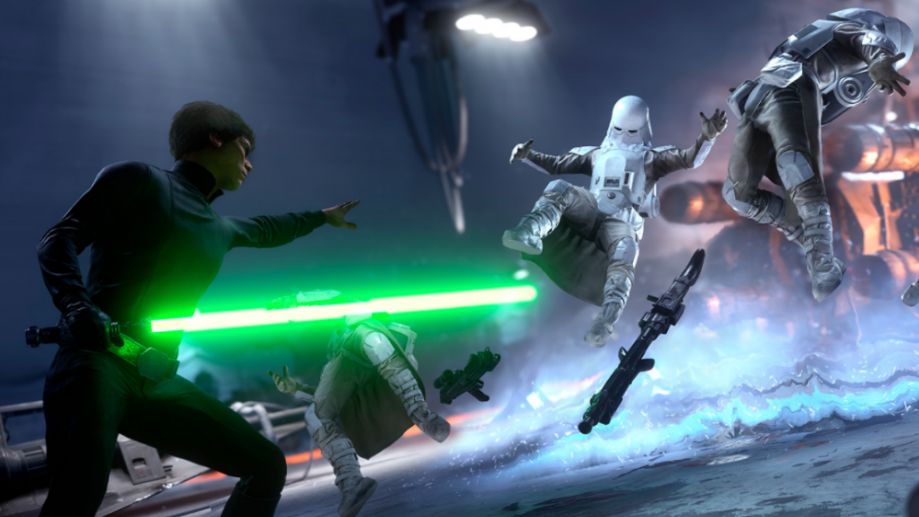 Sure Battlefront 2 had some annoying loot boxes and microtransactions, but its lightsabers looked soooo good. This really is the next generation of lightsabers. They now look, feel and sound like they fell right out of the films.

I’m excited to play Jedi Fallen Order, releasing later this year. Might we see another big jump forward for virtual lightsabers? Plus, new consoles aren’t far away. What will the next generation of lightsabers look and feel like?

Hopefully, the future will include the ability for me to slice off Stormtroopers’ arms. I do miss doing that.